Do your greenskins not have enough bite for their buck? Add some chomping, sometimes explosive goodness to your army with MaxMini’s new Ferocious Gnawers.

This week on bits roundup, mouths with legs–and sometimes wheels, or other “modifications” ready to chomp any and all foes that their orcish masters point them at. Of course, sometimes, they’ll bite the hand that feeds them. Either way, check out these Ferocious Gnawers, courtesy of MaxMini. 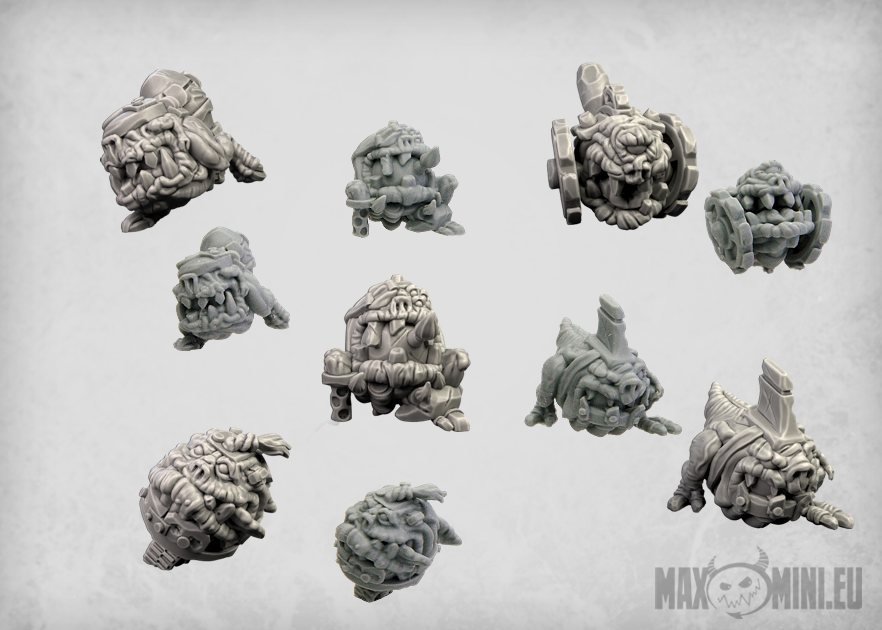 Beware the ferocious gnawers!!! These odd creatures are hardly anything more than bouncing (or wheelie riding in some cases!) gobs of razor sharp teeth… and occasionally some explosives as well.

Gnawers are simple creatures and are commonly bred by various ork tribes. Greenskins tend to use them as pets, food source, a source of various entertainment and obviously, as a bizarre form of weapon.

Strapping some bombs, grenades, enhanced metal jaws and even set of wheels to a gnawer is not a problem for an experienced ork mek-head. Such “pimped” pets become a force to be reckoned with and are willingly used by crazed orks as a rapid response units. Those unfortunate enough to encounter these upgraded gobs are quickly bitten, torn apart, or simply blown to pieces (along with the explosives bearer itself).

So get to chompin’ folks!

Author: J.R. Zambrano
Bell of Lost Souls Staff Writer and DM, J.R. covers RPGs of all stripes and on occasion eats sandwiches. You can ask him about either at [email protected]
Advertisement
Maxmini Miniatures Tabletop News Wargames
Advertisement

D&D: Gaming For A Good Cause - LGBTQ Youth