D&D By Way Of Bioware – Odyssey Of The Dragonlords 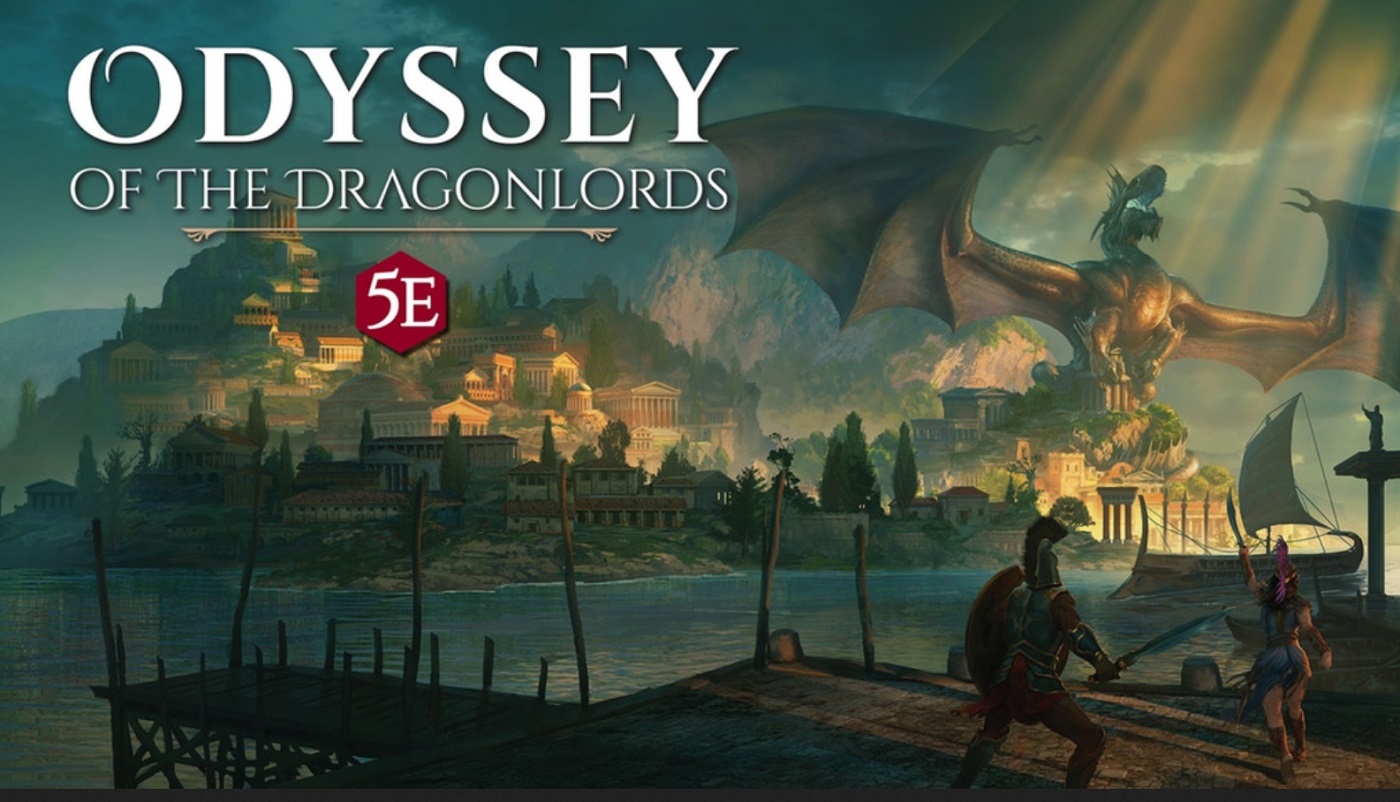 Enter a world where even the gods are bound by oaths and prophecy. Check out Odyssey of the Dragonlords, an adventure/campaign book for 5th Edition D&D.

What do you get when a bunch of ex-Bioware devs, who, having worked on games like Baldur’s Gate I & II, Knights of the Old Republic, and Mass Effect decide to write an adventure for 5th Edition D&D? You get something that’s exactly like Odyssey of the Dragonlords. From designers James Ohlen, Jesse Sky, and writer Drew Karpyshyn, and a host of other talented folks, comes a new setting that blends Greek Mythology with classic D&D style fantasy to take you into a whole other world.

And with a pedigree like that it’s not hard to see why folks are excited. But then take a look at the Kickstarter campaign (already almost 350% funded) and get an idea of what exactly you’ll get out of this book. It looks amazing.

At the dawn of time, a war between the gods and Titans left the world of Thylea forever changed. Thousands of years later, the first mortals arrived, carried by ship and dragon.

The Dragonlords were the champions who overthrew the Titans 500 years ago and forged the Oath of Peace. But the power of the Oath has waned, and now the Titans seek vengeance.

You are one of the heroes called by prophecy to end the conflict once and for all. Poets will sing of your deeds for centuries to come… if you survive. 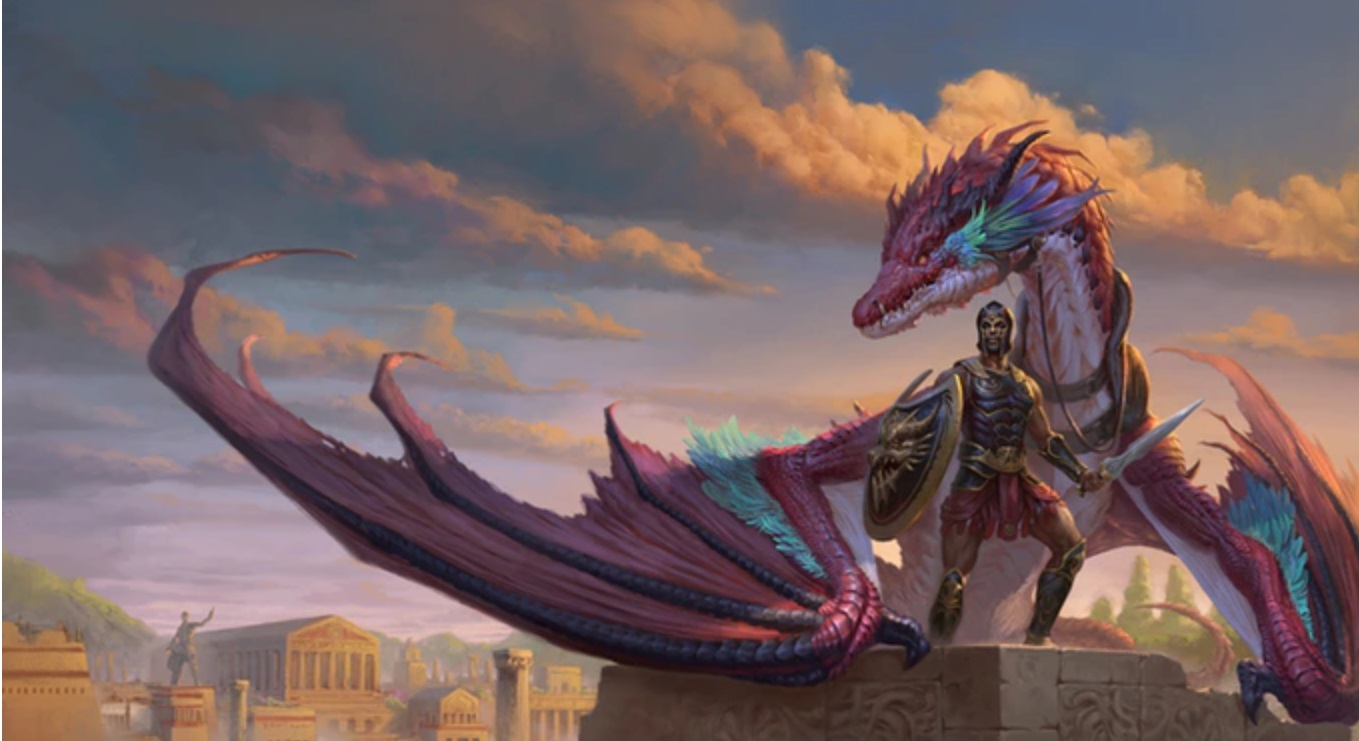 This is an adventure book–it’s a campaign in a beautiful ~280 page hardcover book that takes inspiration from Greek epics, classic films like Clash of the Titans, and more to create a mythic world, ripe for a truly epic campaign. There are three qualities that guide the design of this adventure:

Epic Scope. This adventure sees your players growing from a band of untested warriors into famous heroes embarking on a sweeping journey across the oceans, inspired by the Odyssey and Jason and the Argonauts.

Epic Storytelling. This adventure combines strong narrative design with an open world. The adventure features a handful of critical story moments where players will meet important characters, confront villains, and make big choices. But for most of the adventure, they will be free to explore, with clear objectives.

Epic Heroes. Players in this adventure will grow into something more than just a party of intrepid adventurers. They will be heroes in the same vein as Odysseus and Achilles, called by Fate because they are destined for greatness.

If you want to check it out for yourself, you can check out the Player’s Guide for free for yourself right here. Or Kickstart it now and get yourself a truly heroic reward.

The other thing to note, this game wears its influences on its sleeves. The Bioware feeling of things like Companion Characters and memorable characters is prominently featured in the Kickstarter campaign. So, if you think that’s worth checking out, or are curious to see how well that CRPG trope translates to the tabletop, then check it out.

Back Odyssey of the Dragonlords