Everyone needs a little getaway now and then. Here’s how you can help your players (or villains) bravely run away.

Running away is a time honored tradition. Whether in historic battles, recreations of historic battles, metaphors that allow you to recreate ideas and tactics that came up in historic battles, or other non-historic-battle related anecdotes–retreats are a dramatically appropriate potential outcome to a given fight. There are all kinds of reasons you might want to have a band of adventurers (or NPCs) run away from a fight. Maybe the PCs have confronted the “boss” before they’re ready (possibly because you want them to know what they have to contend with), or maybe you want to give them something to fight to try and take back. Maybe they’re going to lose (but not their lives). Or maybe you just want to show off some foolhardy courage and get a little comedic value out of the deal.

Whatever the reason, retreating can lead to some interesting options for the narrative of your story. However, it’s something that we don’t often see happen. Either because the PCs don’t think to run away until it’s much too late and everyone’s dead–though everyone being dead has never stopped me before–or the villains run away only to be hunted down by bloodthirsty PCs who insist on killing everyone and everything that ever crosses their paths.

It’s one of those expectations you have to actively set for the people around the table. Kind of like how you can lose a fight without dying/it being game over, running away from a fight is something that you might have to lead by example with. There are a few ways you can go about it.

This requires you to know about what strength your party is–and it also requires a delicate hand in the executing. But, one thing you can do to set the dial for “hey maybe running away is okay,” is to have someone else call for a retreat. Give the players an NPC ally who can recognize “this foe is beyond any of you.”

I say it takes a little bit of a delicate hand because you want to have your characters choose to run away, but you still want it to feel rewarding to do so. I mean we’re all here to play the game together, RPGs are a social activity, etc. etc. But nobody wants to feel like they’ve just lost utterly. Or that it wasn’t worth it to even try to fight. After all, odds are good you’re playing a game about being exceptional/heroic/cool dudes and outright losing is not always going to feel great.

It’ll add a lot of texture to your game, and create narrative space, for sure. But, give them some small victory they can pull off in the escape. Maybe the captain of the guard says to run from the Orc Chieftain and his demonic berserker–but as the players run they find an opportunity to get a treasure, or find a hidden shrine in the forest or something. Rewarding doesn’t necessarily have to mean getting a literal reward. Sometimes finding a location, or something else that opens up more of the game, or more of the world is the best kind of reward.

Giving them a Reason to Get Out

This has more to do with moving the goal posts of the fight. This is a much easier way to handle fighting/narrative progress without worrying about things halting, because you’ve specifically designed an encounter with the goal of the players eventually running away. You’ll have to plan your exit strategy, but moments like these usually work best when the PCs have planned to do it anyway.

This could be something like the players holding off an army of monsters long enough for the helpless villagers they’re protecting to get away. Or rescuing prisoners and getting them away from their captors before the group of enemies can coordinate an effort and start hurting the prisoners. Basically, you set up a fight that the PCs “win” not by defeating all of the enemies (and you can even cheat a little and have numberless tides), but by enduring a certain number of rounds, then retreating. 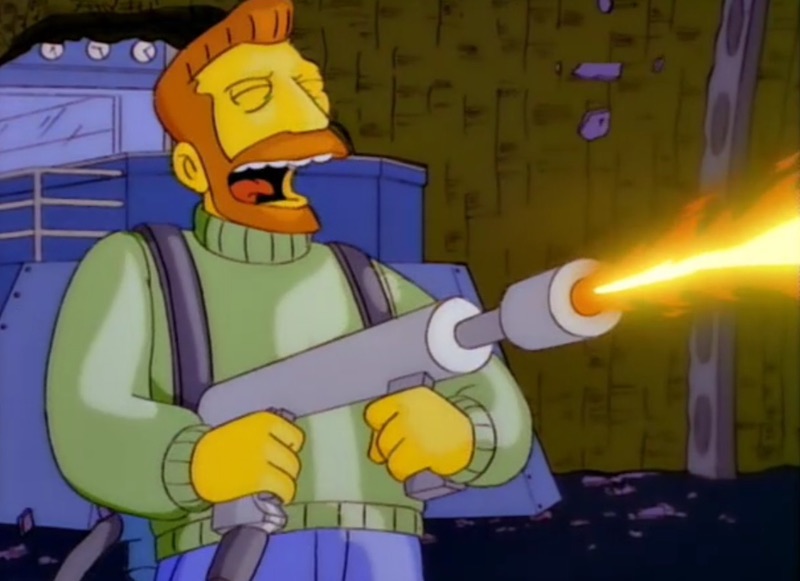 Or maybe the players are trying to fight in an environment that’s acting against them. The volcano is erupting, or the ancient temple is collapsing around them while they’re fighting the villain (this is a great climactic tool). So their goal becomes to fight the villain and foil her plans, but in order to make sure they stop whatever schemes are happening, they have to survive the environmental hazard, and they do that by escaping it.

You can also lead by example. Basically set up the expectation that you can successfully retreat from a fight by having a fight that the enemies retreat from. This may take a little bit of extra planning–players hate to “lose” and sometimes when your foes are running away, if they escape (especially if you are certain they’re just going to come back later and mess with you) it can feel a lot like losing. So this might mean having a fight with a lot of lesser foes who turn tail and run when they can’t hurt the PCs, or after they’ve taken out a few–enough so that they feel accomplished, but not so much that they feel like they could easily just run everyone down and kill them.

I can’t tell you the number of times I’ve had a primary villain (or even a miniboss type) try to run away only to have players keep shooting out to the extreme range of both spells and longbows. PCs can be relentless at times. This is why fighting magic users who can escape via magic like dimension door or teleport are great. They don’t even have to be a wizard, in fact sometimes its better if they’re fighting someone whom you wouldn’t expect to pull out a scroll of teleport and just read it off…

But the danger with that is that it can feel cheap. At any rate, if the players see their enemies turning tail when faced with significantly powerful foes, it might sow the seeds for this tactic later.

Of course once you take the training wheels off, it can still be tricky to get your players to recognize when it’s time to book it. Giving them cues to that effect can be tricky–because you don’t want to have them running away the first time a fight gets hard. Some encounters are deadly and players should still try and beat them–but with a little finesse you can cue them in on when it might be time to think about running.

A good rule of thumb is to look at how powerful a creature is when the first PC drops to 0 hit points. Is everyone else fairly healthy/hasn’t expended a ton of resources? Odds are good they’ll be fine. There’s a rhythm to fights, and characters getting injured, dropping to 0 and getting back up again is a big part of it. Especially since players tend to use healing as a “cure” rather than a preventative measure. After all, you have a fighter who’s just taken 12 points of damage (out of 60 hp), do you heal her? Or do you wait until she’s down to 30, or only 12 hp left?

So how do you hint to players that it’s time to run. You can try describing how tough the opponent looks. Take some time to highlight in detail the overall status of the boss. In video games, we have the advantage of seeing health bars (usually) so you can tell when a fight is not going well. The monster has a mostly full HP bar while the players are all dropping like flies. Well you can say things like “the monster doesn’t seem to be slowed by its injuries,” or the like. Or even just outright say, “hey maybe it’s time to think about running. Your healer’s down and you’re all under half HP.”

Either way, that’s when you can shift the encounter to one of those ‘active escape’ types. And the goal becomes “get our comrade out of there” or even just “run away from the magical dinosaur.”

Now what makes a fight hard is a whole article unto itself. But hopefully with these handy tips you’ll be able to open up your game a little more and start working different kinds of tricks into your stories.

What’s your most harrowing escape? Let us know in the comments! 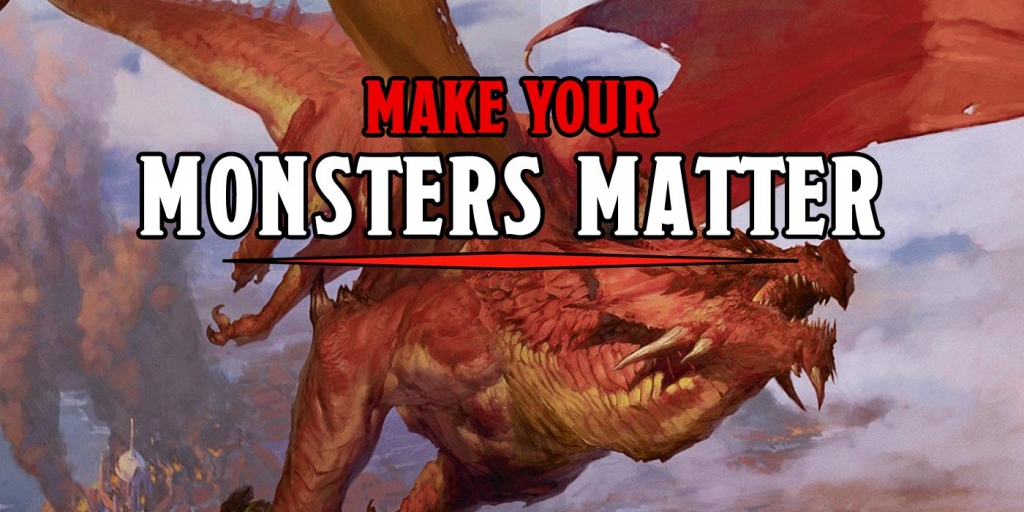