‘Folding Space’ Has The Coolest Mechanics This Side Of Saturn 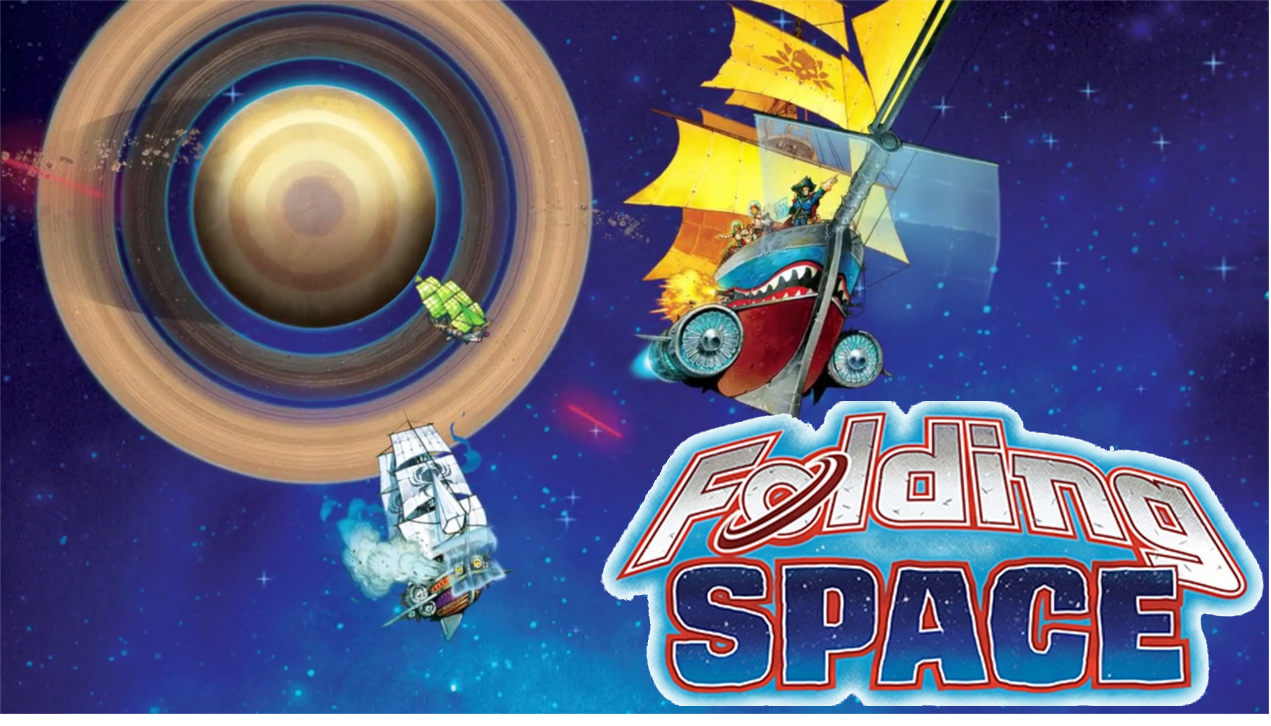 Battle your space pirate ships across the moons of Saturn, questing for weapons, resources, but most importantly: victory in battle!

Folding Space is a competitive quick-playing combat game with a modular board, resource management and perhaps one of the most clever resource gathering techniques I’ve seen in a very, very long time. The goal of each player is to have the most victory points after 7 rounds. Victory points are gained by winning battles to collect resources and by not being a huge overkilling jerkface. 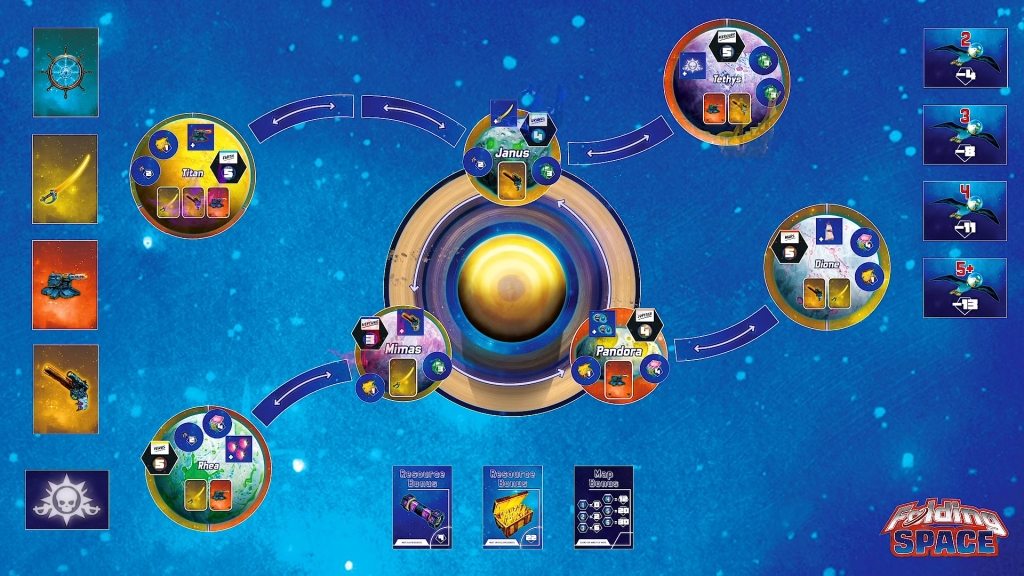 Each round is made up of 5 phases.

The fold phase is where players will be performing the titular folding space. They do this with a uniquely designed board which can fold over itself time and time again, in a number of variations.

Each player has 10 seconds to fold their board how they’d like and place it down.

Once placed, the Equip phase begins.

During the Equip phase, players will count up the number of icons on their boards. For each icon, the player with the highest number will draw cards of that type. Swords will grant sword cards; similar for cannons and pistols. 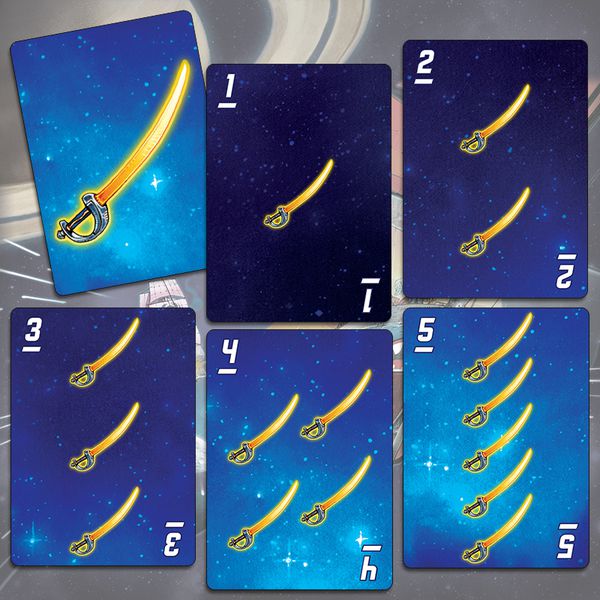 Each of the moons of Saturn is restricted in which type of combat they allow. For example, you can only use cannons on Pandora. This alone makes planning ahead during the Folding and Sailing phases crucial towards a successful Fight phase. 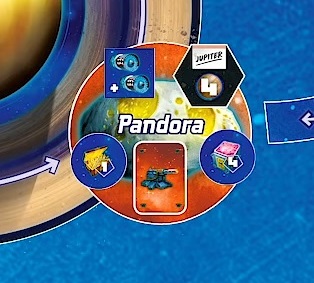 The card icon on the bottom shows which weapons can be used.
The remaining are resource, map and skill tokens to be collected.

If 2 players reside on the same moon after Sailing is completed, they battle. The player who moved onto the move second plays first, playing their weapon cards. The defending player can play any number of weapon cards, so long as the result will not end in a tie. This continues back and forth, players playing weapon cards until one player can’t or won’t. The player with the higher value of weapons wins the battle!

However, being too bloodthirsty comes with a cost. After the combat, if the winning player won by more than 1 point, they will gain the attention of an evil Space Albatross. 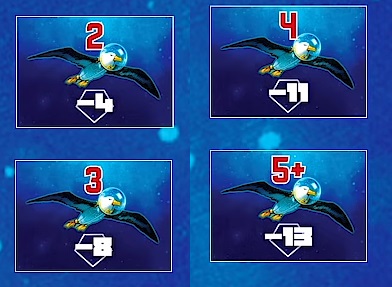 Depending on how much the victorious player won by, they will gain the Albatross of that value, as noted by the red number at the top of the token. Each Space Albatross is worth negative victory points at the end of the game. There is only 1 Albatross for each combat value, so the token can and likely will switch hands throughout the game.

The player who wins the combat plunders 3 resources from the moon and the losing player plunders 2 resources. Resources are worth victory points, so they are pretty important to winning. 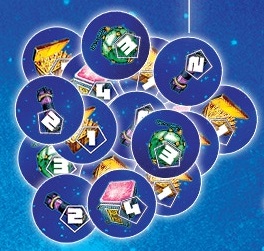 Once all combats are resolved, the Shipshape phase replenishes the moons of their resources and a new round begins!

After 7 rounds of play, whichever player has the most victory points, including those lost by holding a Space Albatross is the winner! 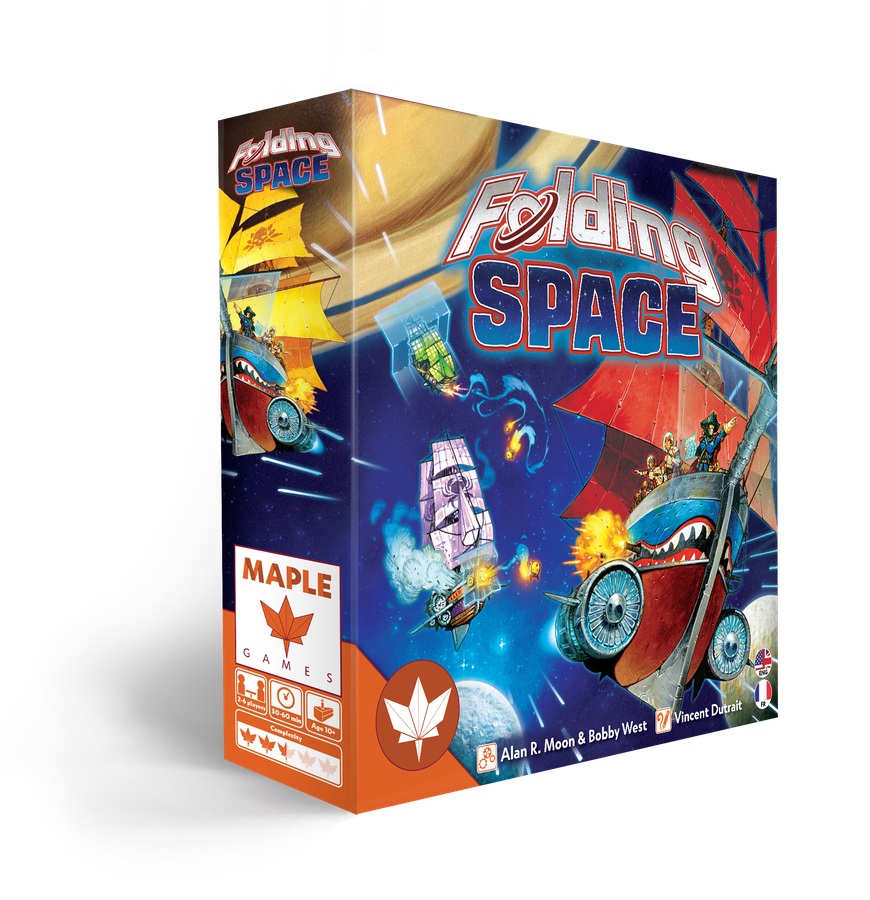 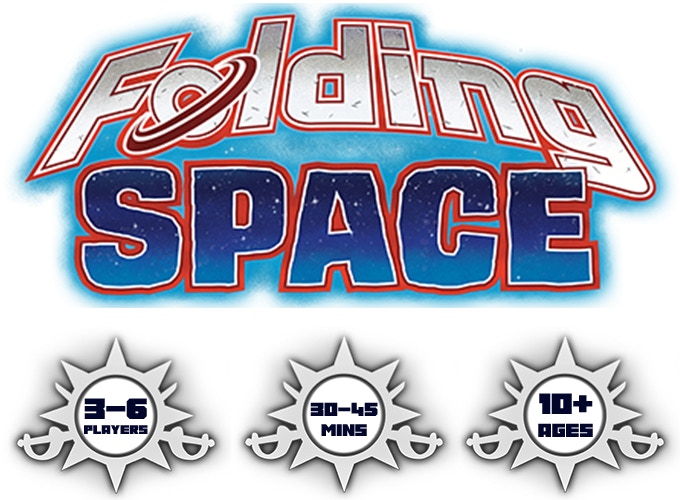