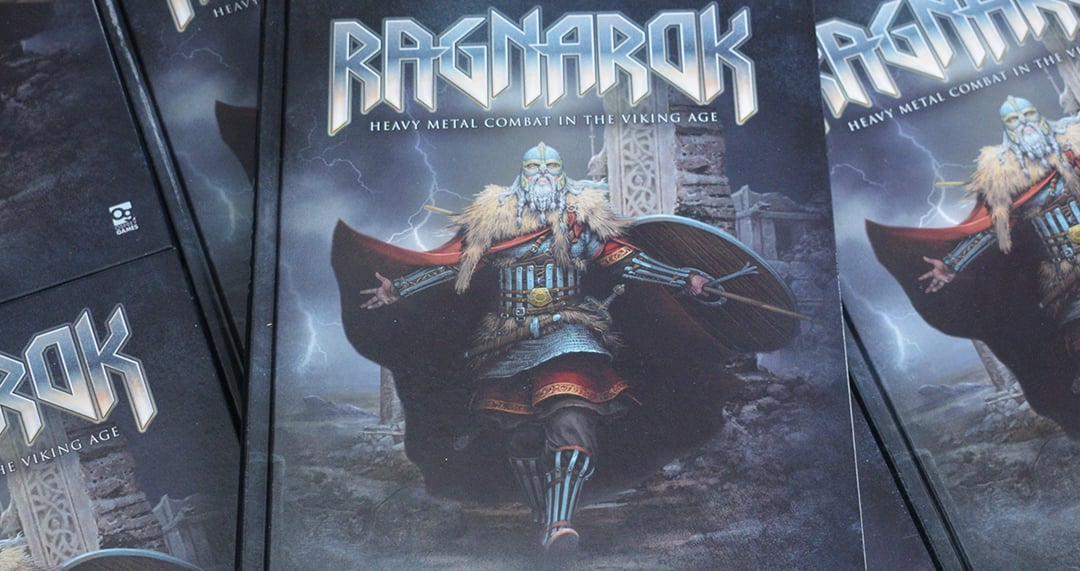 Have you heard of Ragnarok: Heavy Metal Combat in the Viking Age? This is a new game system coming out by Osprey Games this May, and the Internet is buzzing about it! It looks cool, and it is cool. Recently I was lucky enough to receive an advance copy and read through the book. I am not going to give away too much, but I am going to talk a little bit about what you can expect from the book.

Let’s start with the story. The Viking apocalypse has happened, and the Gods are dead. Of course, this is just a summary, but that is basically what happened. You assemble a warband and do your best to advance them to the state of Godhood. It is a very ambitious plan, and the other players will want to do the same with their warbands. 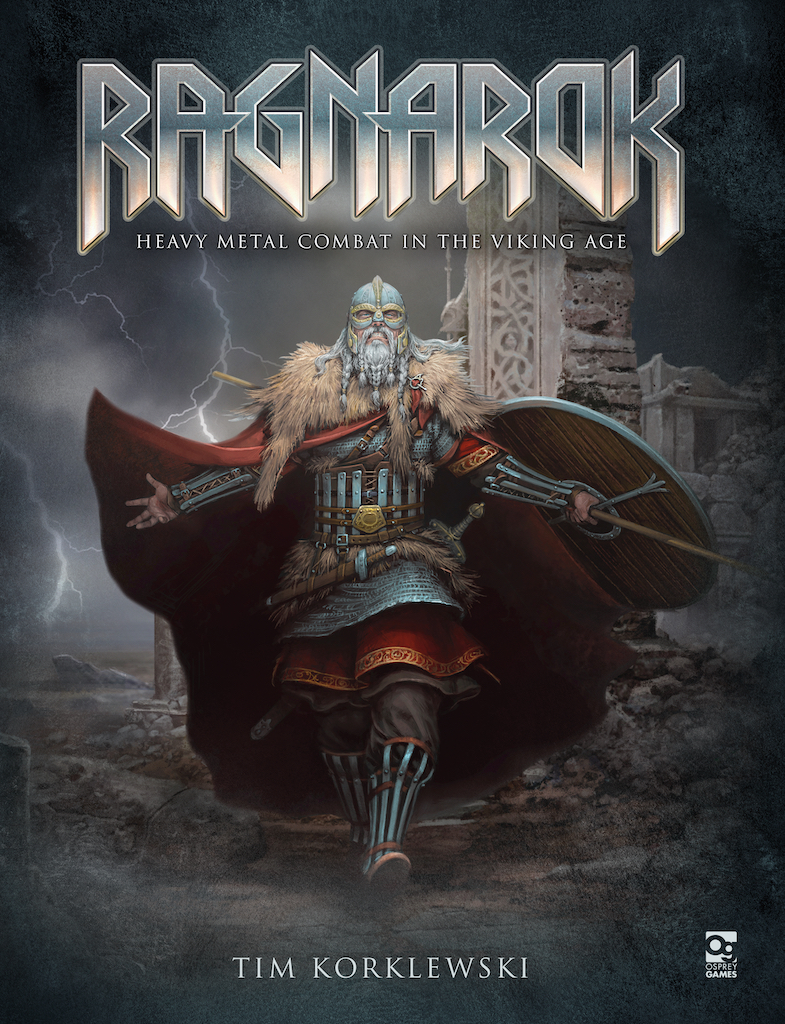 One very awesome thing about this game is that Osprey Games has already released for free the section of rules for warband creation. This means that you can start your warband now, even though the rules don’t come out until late May. How cool is that!?

You can head on over here to download the section of rules about warband creation. The band consists of 7 to 12 miniatures of 28mm to 32mm in scale.

Once you create your warband and gather your miniatures, you are ready to play. While you start out being able to hire only humans, you eventually can hire a whole variety of creatures and mythical beings. To do so, you must first defeat those creatures and beings in combat during a scenario. Afterward you could have a party made up of mostly mythical creatures and your Jarl (if you wished). 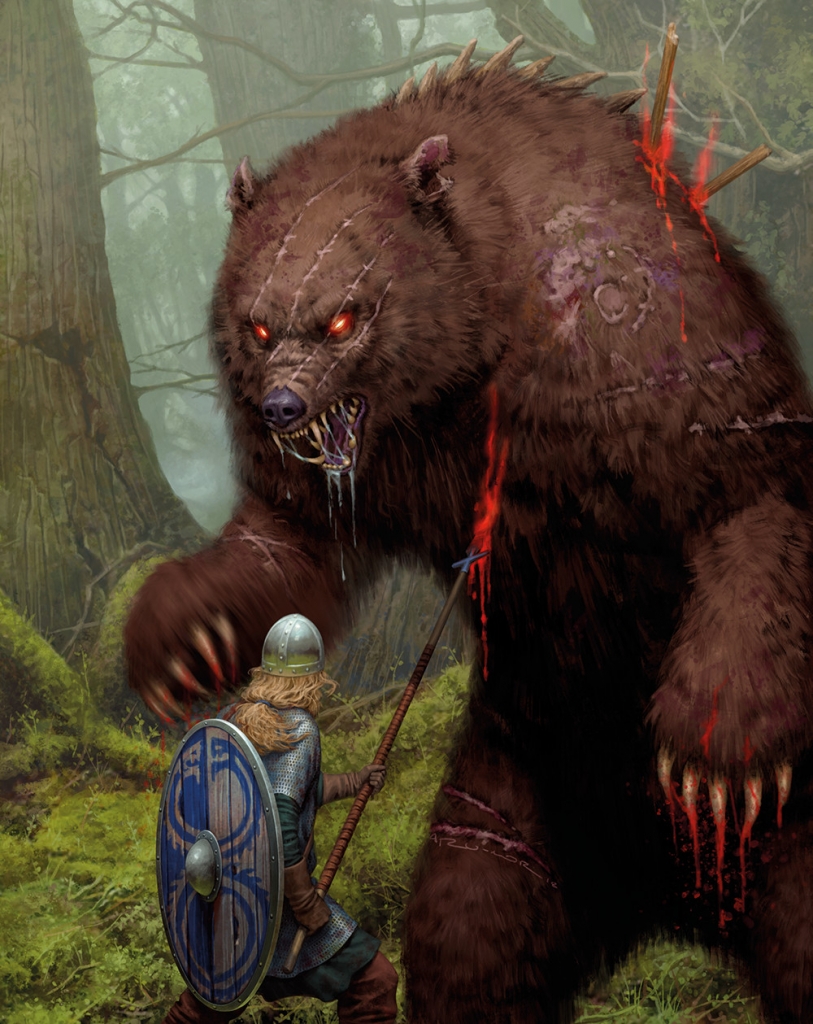 A Viking Soldier takes on a Dire Bear. Oh, oh. If you defeat it though, you can hire Dire Bears into your party for future adventures. Picture from the Osprey Games’ Blog.

That Dire Bear costs 155 points to recruit into your party though. Meanwhile, a Bondi (Commoner Soldier) is going to start off costing just 40 points plus weapons and armor.

Because Osprey has the rules for creating your party up now (plus the initial soldier types), you can start creating your warband right away!!!

Within those pages, you will find recommended base sizes for your characters, but the game encourages you to use whatever miniatures you want. I could see some people even using GW Reavers as an interesting model fit for this game.

From the start of the game, your warband receives three god powers. Sometimes as a treasure from a raid, you can receive another god power for your group. Likewise, you can increase the ability of your god power or its cost to use by spending Glory Points between games.

Eventually, the god power gets to zero casting cost. When that happens, you choose one member from your warband, and that person gets the god power permanently attached to them. 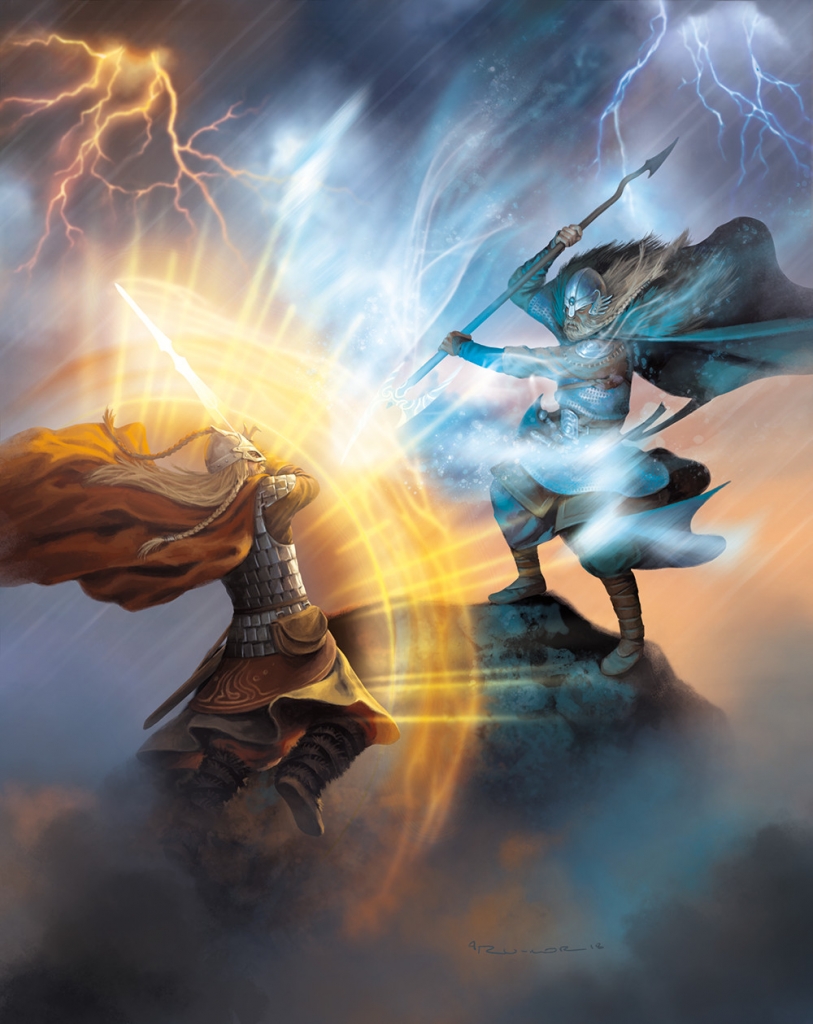 Two Vikings with God-like powers fight it out. Image from Osprey Game’s Blog.

If the idea of fighting it out between Viking clans with God-like powers in a post-apocalyptic fantasy world appeals to you, be sure to look this book up. You use whatever figures you want, and the game just looks cool. The author went for the gaming feel to inspire players to yell out “that was awesome!” as they play the game with their friends and family. However you play, your characters will end up being larger than life and able to toss their opponents around the battlefield.

Hopefully, you enjoyed this preview article. If you did, be sure to also visit my personal website… Must Contain Minis.

Please note that this story is a copy of a preview article for Ragnarok over on Must Contain Minis.

Author: Jacob Stauttener
Jacob Stauttener is the man behind Must Contain MInis. He's been covering the tabletop and wargaming industry since 2016, with an emphasis on historicals, and the up and coming side of the industry.
Advertisement
Osprey Games Wargames
Advertisement 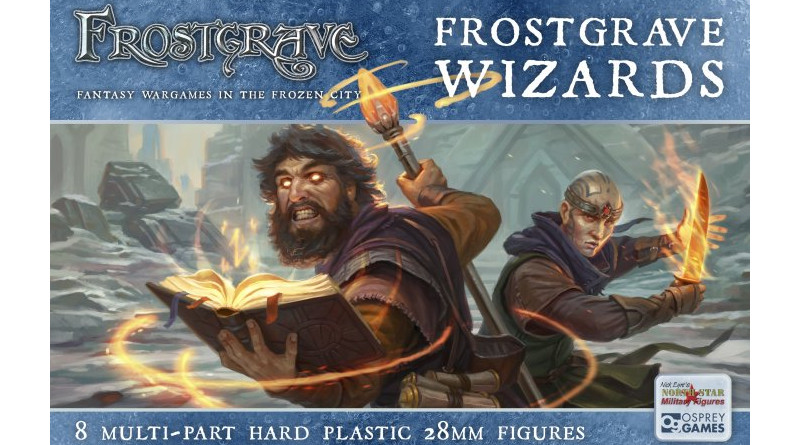