Remembering The Return of Apollo 13 With Space Monopoly 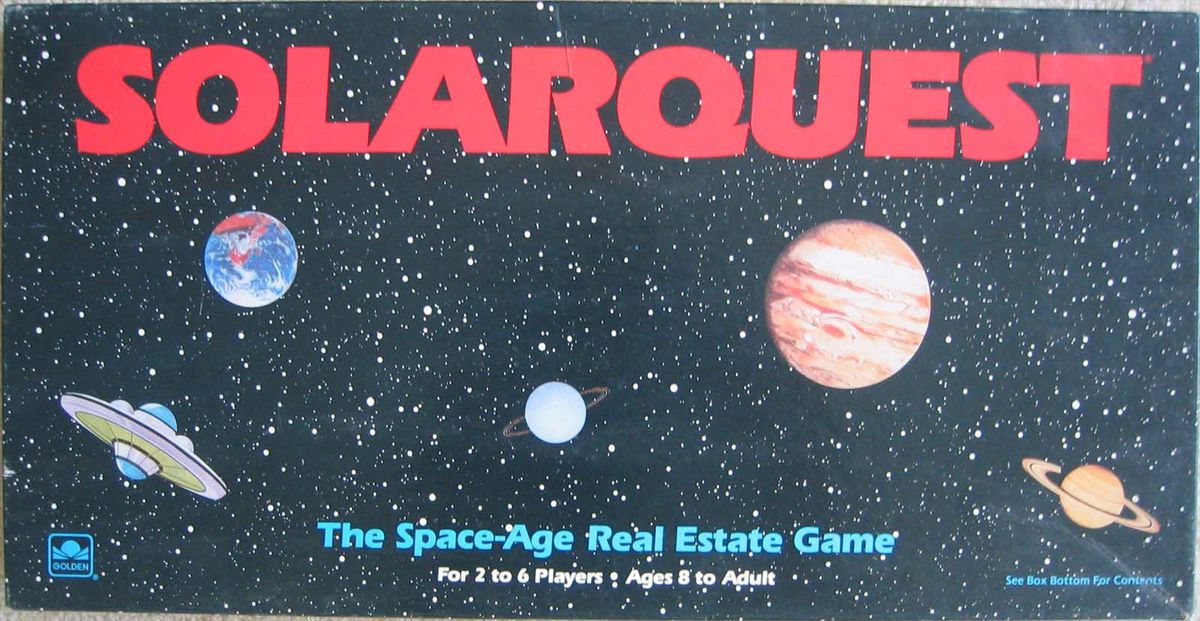 It’s been over 23 years since that fateful day. That day when the world came together to watch in awe and astonishment, to feel the excitement and dread, and to revel in hope and relief as Tom Hanks, Kevin Bacon, Bill Paxton, Gary Sinise, and Ed Harris all gave powerhouse performances in the film, Apollo 13. 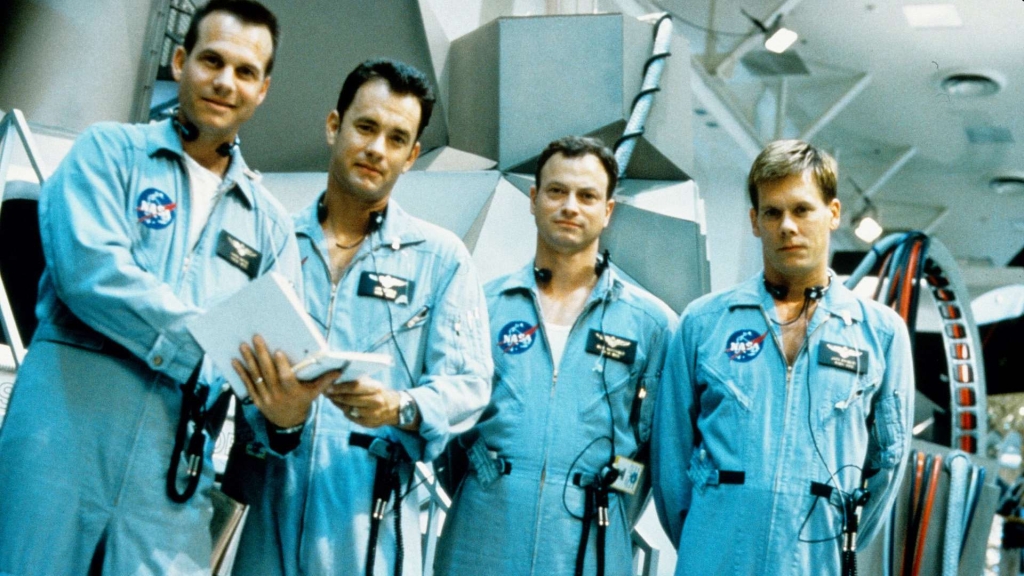 The movie was based on the lunar mission of the same name, which was probably also pretty exciting. I don’t know. I wasn’t there. But probably, right?

Apollo 13 […] lunar landing was aborted after an oxygen tank exploded [and] Despite great hardship caused by limited power, loss of cabin heat, shortage of potable water, and the critical need to make makeshift repairs to the carbon dioxide removal system, the crew returned safely to Earth on April 17, 1970, six days after launch.

Yeah, that sounds pretty exciting. So, to commemorate the astronauts who didn’t die that day, Universal Games released a special edition of the game Solarquest in 1995, the same year the movie came out. 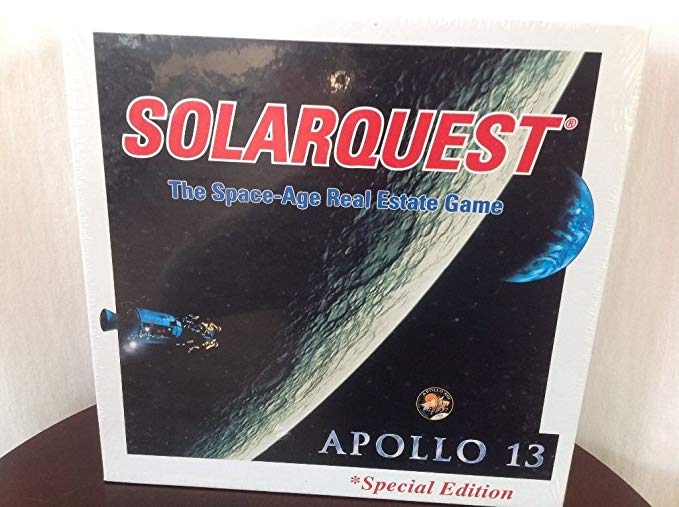 What a wild coincidence

Solarquest is a competitive economic game with dice rolling and resource management mechanics. The goal of each player is to the last one standing. Players can be eliminated through going bankrupt, becoming stranded on an alien planet or moon or by getting exploded by lasers. 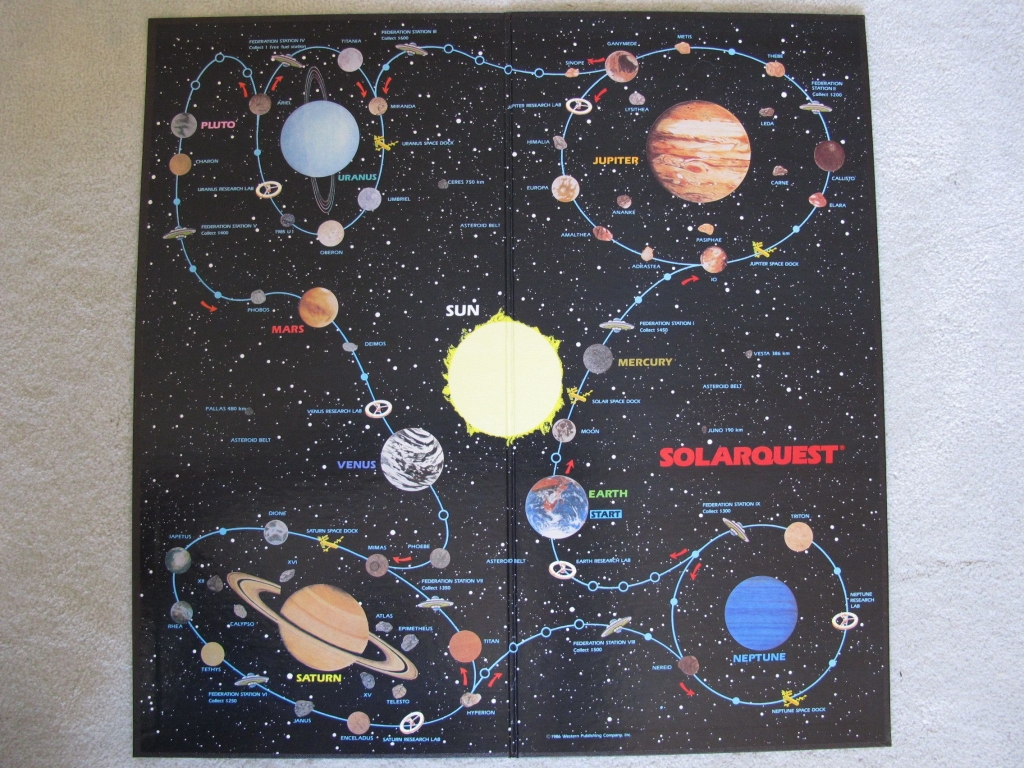 This game draws pretty heavily from Monopoly, and we’re not going to pretend it doesn’t. You roll dice, move around the board and buy up properties. Let’s go over how Solarquest differs from Monopoly in some pretty great ways.

Each player keeps track of their fuel on a separate board. 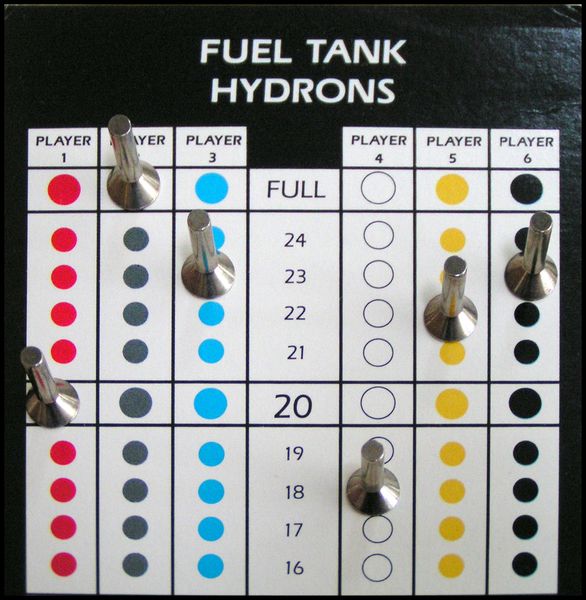 Players can fully refuel at any of their refueling stations, which can be purchased at various locations across the board and placed where ever (like houses and hotels, but there’s no reason to double up). Refueling at an opponent’s fueling stations is gonna cost you, based on which system and how much of the system that player owns. The refueling player pays per 1 unit of fuel. 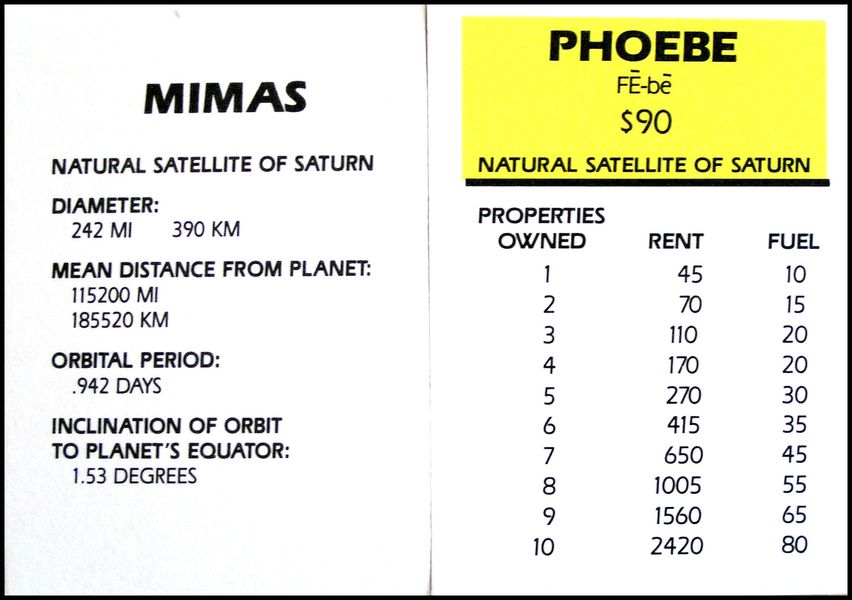 Rents on Titan are outrageous.

Some spaces on the map are marked by a black dot. This represents empty space and unless you can burn enough fuel (and roll high enough) to get through it, you’re not going to make it.

If you reach the gravity well and don’t have enough speed (read: didn’t roll high enough), you’ll have to loop back around the planet and try again next orbit.

Rolling doubles, instead of giving you another turn, allows you to draw a Red Shift Card. Basically just a Chance card. 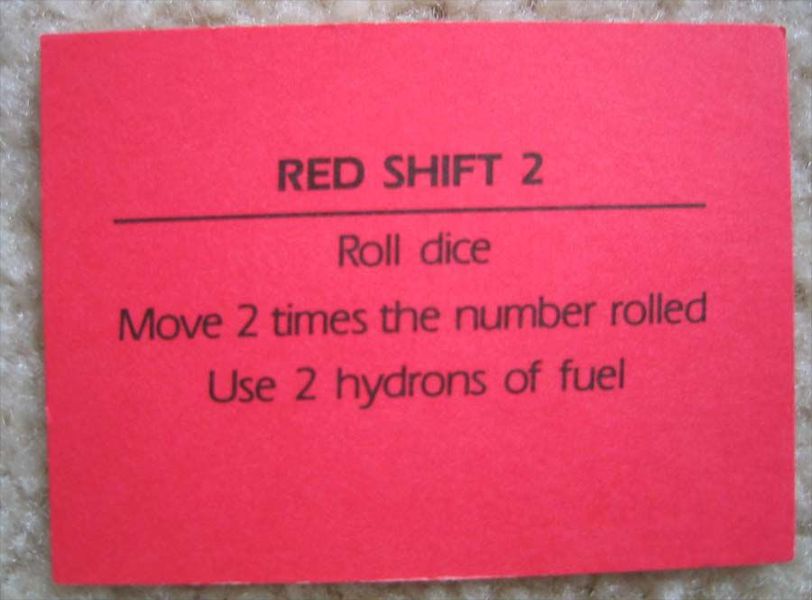 If you ever move to within 2 spaces of an opposing player, you’re allowed to shoot them! By burning a bunch of fuel, players can fire upon one another by rolling the dice.

Seems like a pretty brutal system, but in a game anything remotely similar to Monopoly, sometimes you want to get blown up by lasers. I get that.

Actually, Solarquest seems pretty rad. It’s got very straightforward mechanics, but with way more strategy than Monopoly has (read: none). Having to consider where to place refueling stations and how much fuel to buy can require planning several turns in advance.

My main gripe would be the gravity well system. Definitely a very neat idea, but ultimately just gives players the option to orbit the planet of their choice and buy up all the property on it really quickly. I could see that being an issue. A simple fix, I think, would be to require players to escape the gravity well, if they are able to, rather than giving the option if they want.

Either way, a small gripe for a really interesting game.

'Core Space' Is Worth Buying For The 3D Terrain Alone