‘Sign’ Strips Away Your Voice While You Develop Your Own Language

Based on the real-life story of the creation of the Nicaraguan Sign Language, fill the shoes of the children who developed the foundations for ISN.

You can certainly make the argument that advertisement companies buying your data is a bad thing. I wouldn’t even really argue that. I would claim that it does occasionally come in handy. I was scrolling through my Instagram feed the other day, and a random ad popped up which caught my eye. 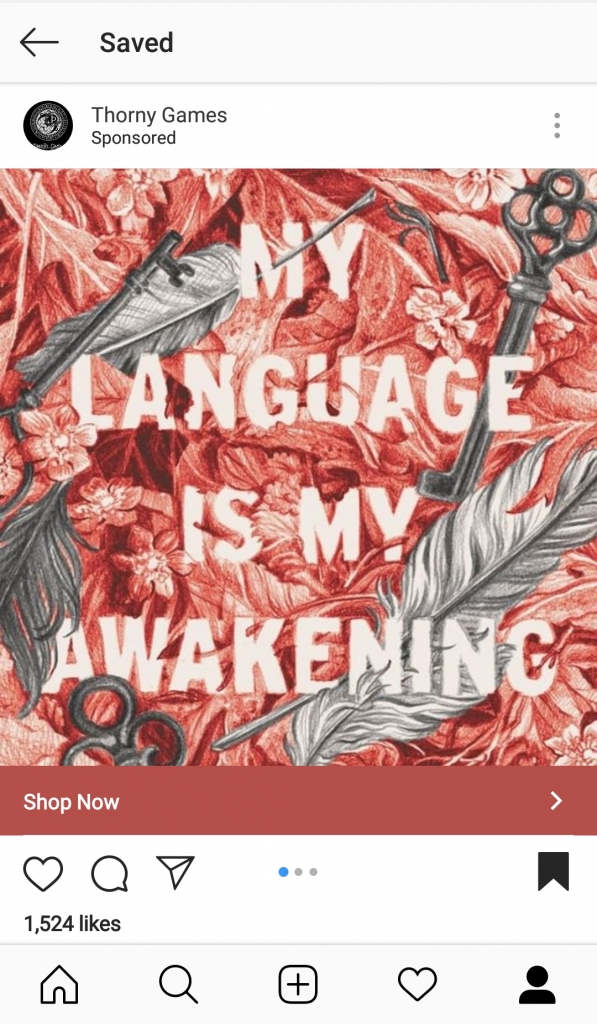 For whatever reason, I took a moment to flip through the ad and see what it was about. Turns out it’s for Thorny Games, a tabletop gaming company which designs games based on language. Their two releases right now are Dialect and Sign with Xenolanguage in development. While each of these games are interesting in their own right, today we’re going to focus on the one that stood out to me the most, Sign. But before that, some backstory.

Back in the ’70s, there was no established sign language in Nicaragua. Gotta remember that each sign language is local to its home country. So, if you were deaf, you just made up your own signs for things and would use them with our own friends and family, but if you ran into another dead individual, you were outta luck! Great way to feel super isolated and alone, right?

To finally do something about it, in 1977, fifty deaf children were brought together to an experimental school in Managua. The idea was for these kids to learn lip reading. However, rather than do that, the kids naturally started to develop their own sign language. They started combining the signs they each had developed on their own. These signs were used to build the foundations for the modern Nicaraguan Sign Language (ISN; Spanish: Idioma de Señas de Nicaragua), which is still used today. A much better outcome, if you ask me! 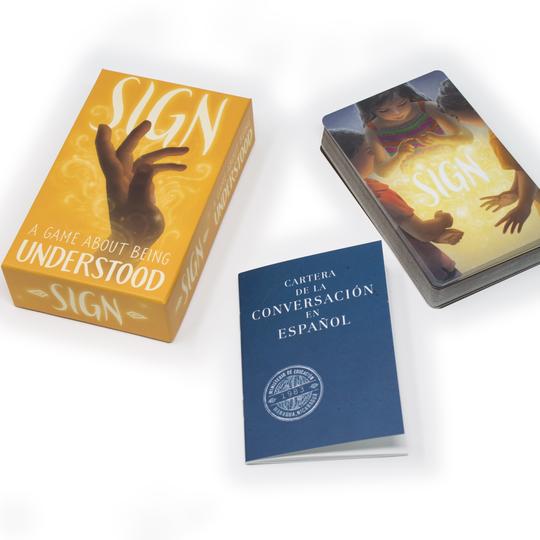 Sign looks to put the players into the role of those kids during that time. While it is a game by all rights, it’s more of a roleplay experience. There are rules, and cards and game rounds and such, but it’s much more about really getting into your character and wearing their shoes, so to speak. Er… so to sign.

Sign is a collaborative roleplaying game where each player takes the role of a deal child. Throughout the game, the players will be taking established written words and creating signs for those words. But perhaps equally important is the time they will be spending communicating and building the language naturally.

At the start of each game, players will be given a character card. This establishes the player’s character’s thoughts, feelings, wants, and truths. It’s highly encouraged for players to really get into the mind of their character so better understand them as people. 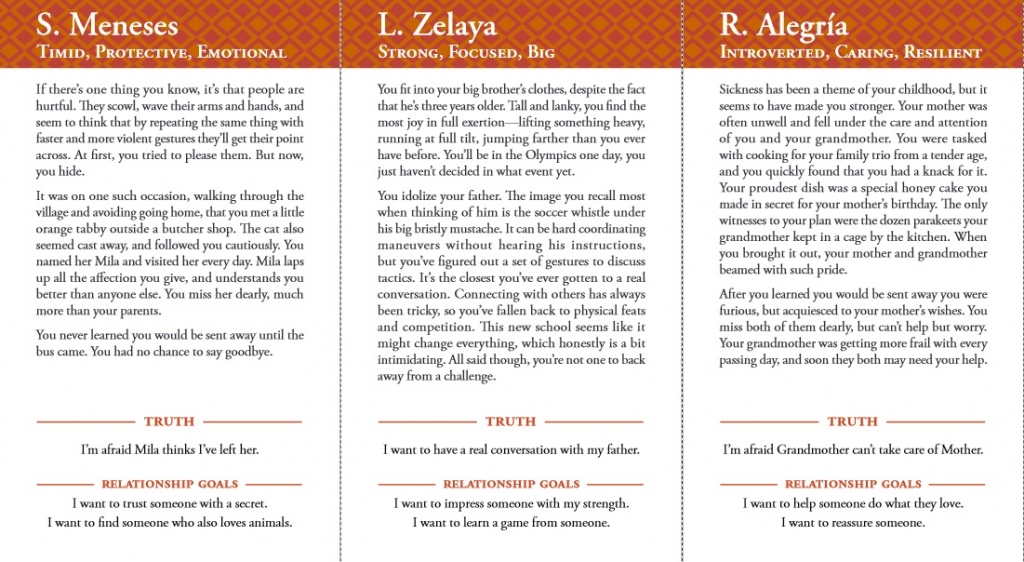 In broad strokes, the game takes place over three, 2 part rounds followed by a final round. Each round is broken into Class and Recess. During each round, players will be handed a card which dictates their goals for that round. Either a simple introduction or choosing a word to define or a conversation to move towards, depending on the round. 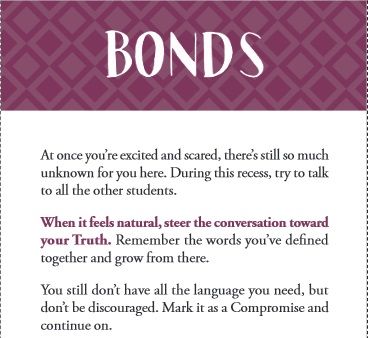 Especially during the beginning rounds, players are very likely to fail in their communications to each other. This is marked with Compromise.  Anytime a player feels like they either were not understood or did not understand another, they put a mark on their hands, indicating the failure to communicate. 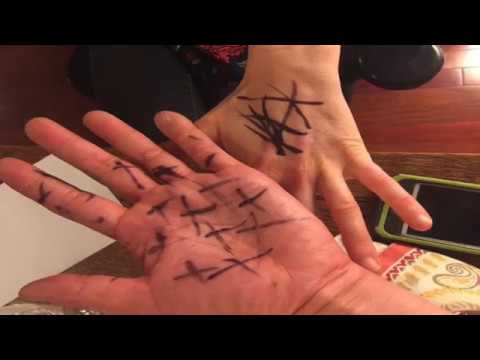 After each Class is a Recess, which is much more free-form. Players are encouraged to converse with one another and overcome those initial struggles of having no established method of communication, and perhaps really feel how isolating that sensation can be.

After the 3 rounds of Class and Recess, there is a Final Class.

During the Final Class, each student will be spotlighted. During this time the other players will describe the student and tell the others how the spotlighted student makes them feel. Throughout their time playing, players will have developed bonds with one another, and these should be the driving force in Final Class descriptions. 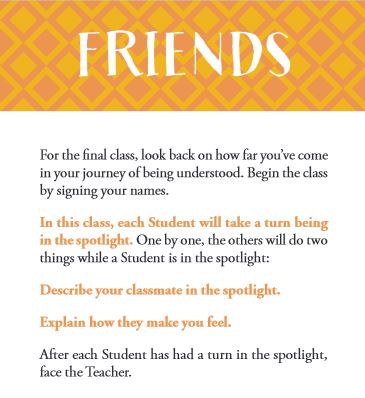 After Final Class ends, there is a debrief session, where players are encouraged to verbally discuss their experience, their struggles and their general feelings toward the experience. And that’s it! No winners or losers. Just hopefully a group of friends a little more wise about how language can develop between people and how that can affect their friendships.

Like I said earlier, Sign is certainly a game, but it is much more about the experience. As someone who thoroughly enjoys talking a lot, I think a game of Sign would give me a new outlook on some things. It’s not often we have the opportunity to put ourselves in someone else’s shoes, but a game like Sign can be an excellent way to help understand the struggles some people go through on a routine basis, in one way or another.

Author: Matt Sall
Matt has loved games of all kinds his whole life: board, video, war, roleplaying. He's worked as a writer for BoLS since 2017. He's worked as freelance editor for board game rulebooks and has designed many of his own games as well.
Advertisement
Board Games Rules
Advertisement

D&D: Explore Undermountain From Another Side In WizKids' New Board Game