Authoritarian not-so-secret police who flirt with the powers of chaos to accomplish their goals? What could go wrong.

Welcome to another 40k Pop Khorne – the cross section of Warhammer and Pop Culture. Today we’re delving into the Inquisition and some movies that can give you a pretty good archetype of how they would function in the Grimdark. The thing about the Inquisition is that dealing with the powers of Chaos is never as clinical as you’d like it to be – and that means that Inquisitors have to get their hands dirty. Sometimes, that dirt doesn’t come off either…

Blade Runner is a classic in it’s own right for many other reasons. But Rick Decker is basically a model Inquisitor. He’s looking for 4 Replicants who have infiltrated Earth Space and are willing to kill for their freedom. Along the way he falls in love (sorta) with a new model Replicant and they basically run off together. If you take a step back and swapped out the setting for the Grimdark and replaced the Replicants with Rogue Psykers or even daemons, it basically writes itself.

“An Inquisitor must hunt down 4 Rogue Psykers who have infiltrated the Sol System. But things get complicated when he meets a fifth Rogue Psyker who isn’t want she appears to be…” Boom. Hollywood, I’ll take my check now.

This movie is something else. It’s already got the makings of a Grimdark movie. The future is oppressive. How oppressive? Feelings are illegal! That’s just…dark. So it’s half-way to being a Grimdark movie as is. Then you mix in the characters like the Grammaton Clerics who are trained to enforce these rules and hunt down any offenders and all it’s really missing is the 40k stamp!

The reason this movie is on this list is really because Christian Bale’s Character is a Grammaton Cleric who turns to the other-side and uses his skills to help the resistance…eventually. Depending on your point-of-view he’s either a fallen Cleric who’s turned evil or a righteous weapon who’s been shown the light. Kind of like an Inquisitor who might be tempted by Chaos – or who has discovered a dark secret of the Imperium and has opted to “turn” in order to save the day. It’s complicated and that’s why it’s on the list!

This shouldn’t surprise anyone who is familiar with the 40k Inquisitors but they do perform Exorcisms…in a manner of speaking. Inquisitors are trained to fight with the forces of Chaos and their Daemonically infused followers. They know ‘True-names’ of daemons and aren’t afraid to cast them out – with extreme prejudice! While this movie certainly has priests battling demons, one big difference is how they handle the demon.

If this was really a Grimdark movie, the priests would be replaced with an Inquisitor (or two) and they would have come in, found the Daemon, and put a bolter round in it’s head. Then they would have marked the planet for Exterminatus, hopped back on their ships and called it a day. You have to nuke it from orbit. It’s the only way to be sure.

Wait, wait, wait – hear me out! I feel you’re pain – I’m not a fan of this movie for lots of reasons BUT it does show some aspects of Inquisitors really well. And that is through the Jedi and the Jedi council.

Think about the opening scene. The one with Qui-Gon Jinn and Obi-Wan Kenobi on the Trade Federation ship. They are meeting with them to mediate between the two factions. Now, Inquisitors have a LOT of power in the Imperium – much like Jedi do in the Republic. Jedi also function in pairs in a master/apprentice relationship. So do Inquisitors, only it’s an Inquisitor/Acolyte format. And if you’re familiar with the Role-playing game Dark Heresy, being a part of an Inquisitor’s Retinue often means getting sent to strange worlds to mediate with the locals, investigate what’s going on, and uncover any secret plots.

That’s basically what Qui-Gon and Obi-Wan are doing. In fact, this entire movie could be a plot to a campaign of Dark Heresy. Think about it – after negotiations fail the Inquisitor and his apprentice escape to make planet fall where they randomly encounter a child who just happens to be an undiscovered Psyker with potential. So they take the child to see if he should be sent to train as an Inquisitor. But along the way, a pair of Fallen Inquisitors (who were behind the whole plot to begin with) are still running around. Eventually, this leads to a battle where the head Inquisitor dies, the fallen Inquisitor’s plot is “stopped” and the acolyte must now take the child under their wing. I’m telling you, it could work.

Look – this movie is weird. It’s a deep dive into paranoia and, honestly, it’s kinda freaky. So why is in on our list about Inquisitors? Because it’s a great example of what obsession can do to a person. In the movie, Walter Sparrow is given a book called “The Number 23” and when he reads it, he starts to notice how his life has been influence by the number 23. This leads to a spiral into a very dark place. Now, swap out the book for some old tome of forebidden lore and replace Walter with an Inquistior and move the setting to the Grimdark. It totally works! Walter Sparrow goes out of control with his obsession and the same thing can happen to any Inquisitor who falls prey to the temptations of chaos.

What other movies inspire the fear of the Inquisition in you? Let us know in the comments!

Author: Adam Harrison
Writer, Editor, Texas Native, and Austinite for 15+ years, Adam covers all things Tabletop Gaming. Which includes Warhammer 40,000, Age of Sigmar, D&D, Board Games and everything else that involves dice, boards, cards and a table. A hobbyist, player, and collector of miniatures and games, Adam's current obsession are his Death Armies for Age of Sigmar, his Blood Angels and Tyranids for 40k, and his ever growing Arkham Horror: The Card Game Collection.
Advertisement
Movies and TV Pop Culture Warhammer 40k
Advertisement 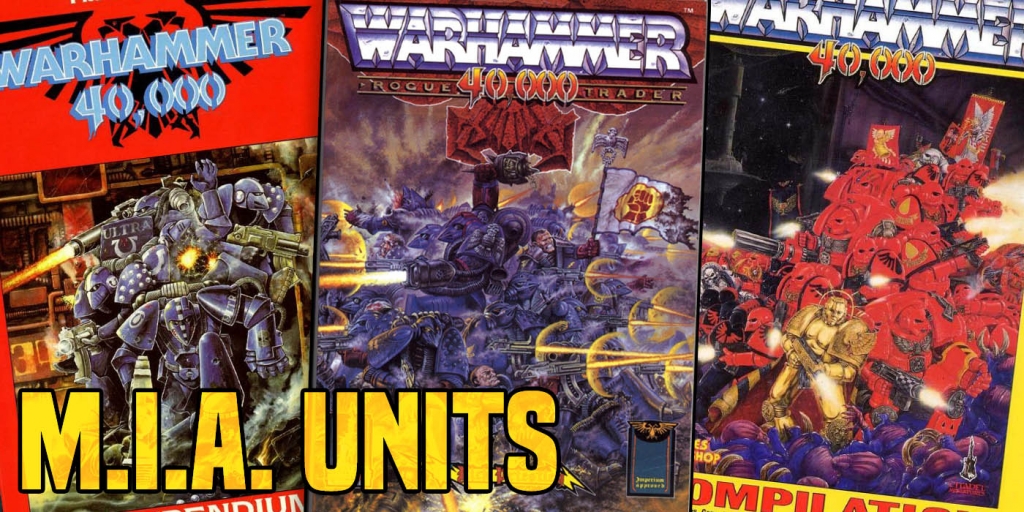