Kill Team is getting Elites – and a whole lot more! Come take a look at how this latest expansion is going to shake up the game.

If you’ve been wanting your skirmish games of Kill Team to feel more like clandestine special operations you’re in luck. 40k Kill Team is getting a new expansion with Elites and the first look at the table of contents is pretty telling: 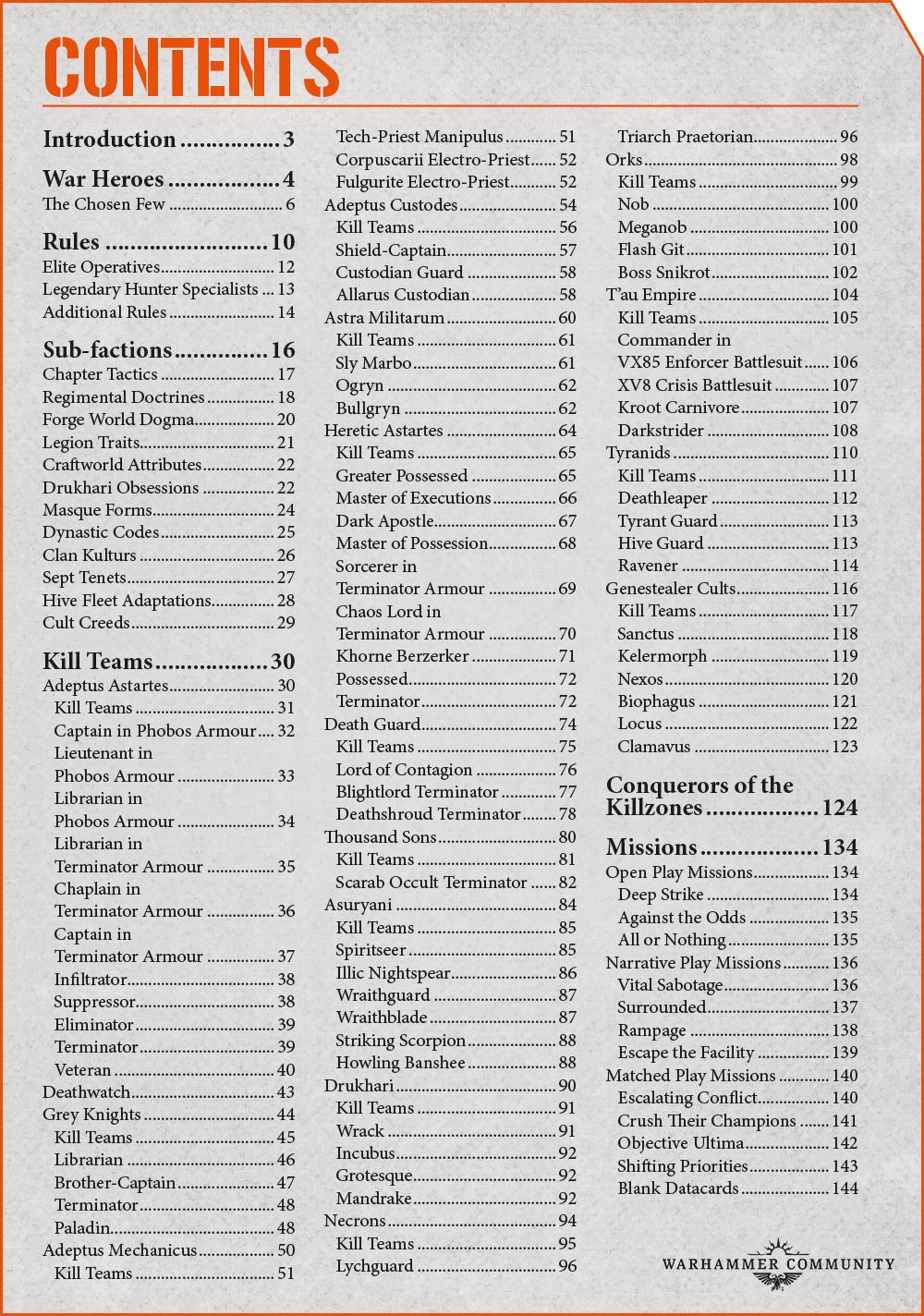 Oh boy – this is one spicy meatball! There are a ton of new commander options that are joining the game. It’s also hard to miss the ones in Terminator Armour. Deadly and powerful operatives are joining just about every faction as well. The Adeptus Custodes are going to join the game, too. Get ready for some TOUGH games against those guys.

There’s a lot more going on for the game in terms of additional rules. We’re getting expanded missions and new Sub-faction rules (so get ready for Chapter Tactic-like rules for your skirmish forces). 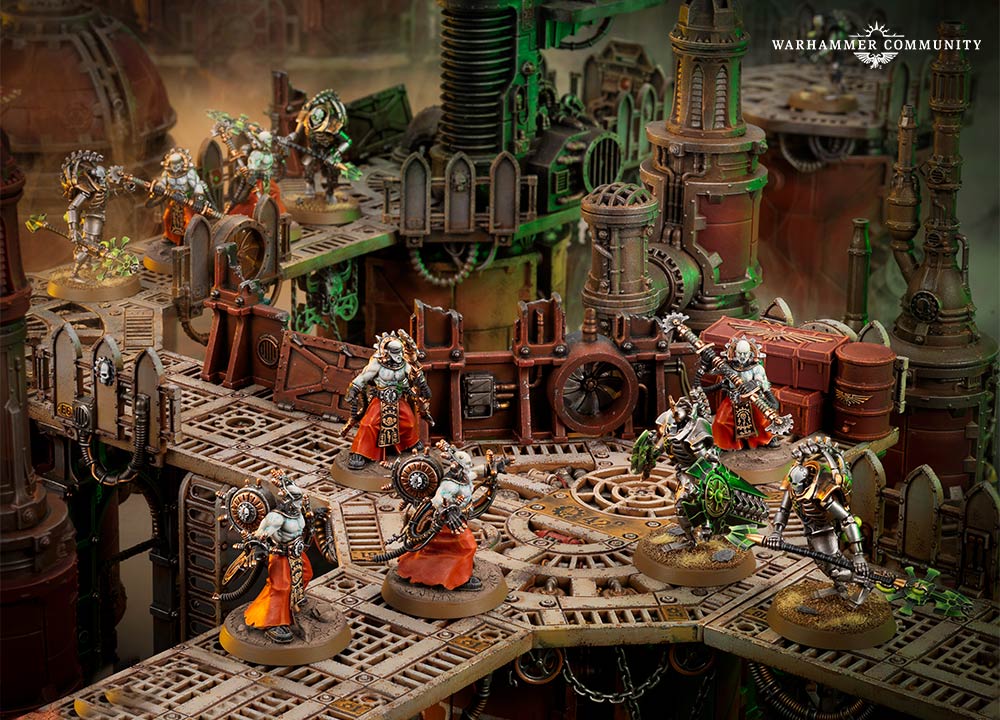 This is going to be a massive shake-up for the game. Many of these units options might not be the best option in 40k, but they have the potential to destroy entire skirmish forces in Kill Team. I really want to take a look at those rules now. The addition of units in Terminator Armour alone can be trouble for some forces. And Custodes!? Ouch. Then again, it’s not like the other factions are getting push-overs either.

I’m very curious to learn how they plan on balancing out those Elite options with the rest of the forces and how much of these things are going to be “optional” and if they are mission/scenario specific. The Commander expansion changed the game a lot. The Elites expansion is going to do the same – but how BIG of an impact remains to be seen.

What do you think of the addition of Elites to Kill Team? Will it “ruin the game!!!” or do you think it will be a good change of pace? 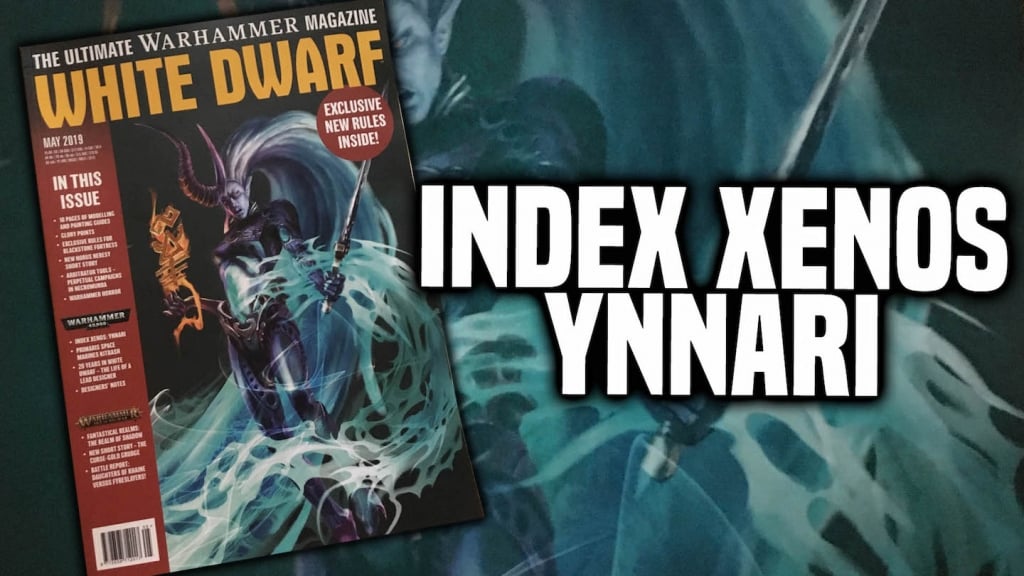