It appears Games Workshop is looking to garner some goodwill from the fans of Adeptus Titanicus with the release of free downloadable Command Terminals. If you want to play with the new Knights (Cerastus or Questoris Banners) or with one of the three Titan Classes (Warlord, Reaver, Warhound) then these terminals are necessary.

“Today we’re releasing a downloadable PDF of the Knight Command Terminal for both Cerastus and Questoris Banners, as well as one for each of the three classes of Titan currently in the game. They’ve been converted into a handy smaller format. Nothing has changed but the size, so they’re not designed to replace those Terminals you already have, but rather to supplement them. Simply print them off and use them like any other Terminal.” 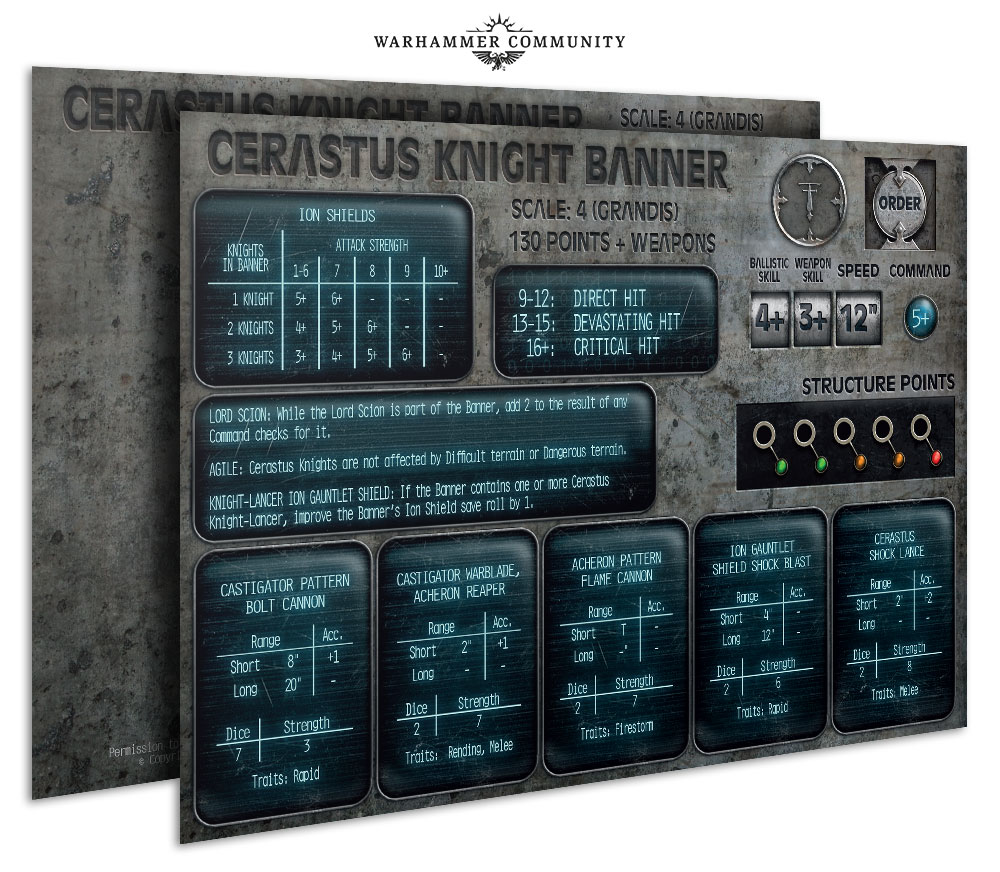 Personally, I’m pretty glad they decided to release these – it’s about time. I was a little shocked that the terminals weren’t included with the new Knight kits in particular, especially if you consider how many of them you’d actually need if you wanted to run a full knight army. Having to purchase the full terminals at $25 for a set of 5 is a big ask when this game already has a TON of extras you have to buy to get into a game. 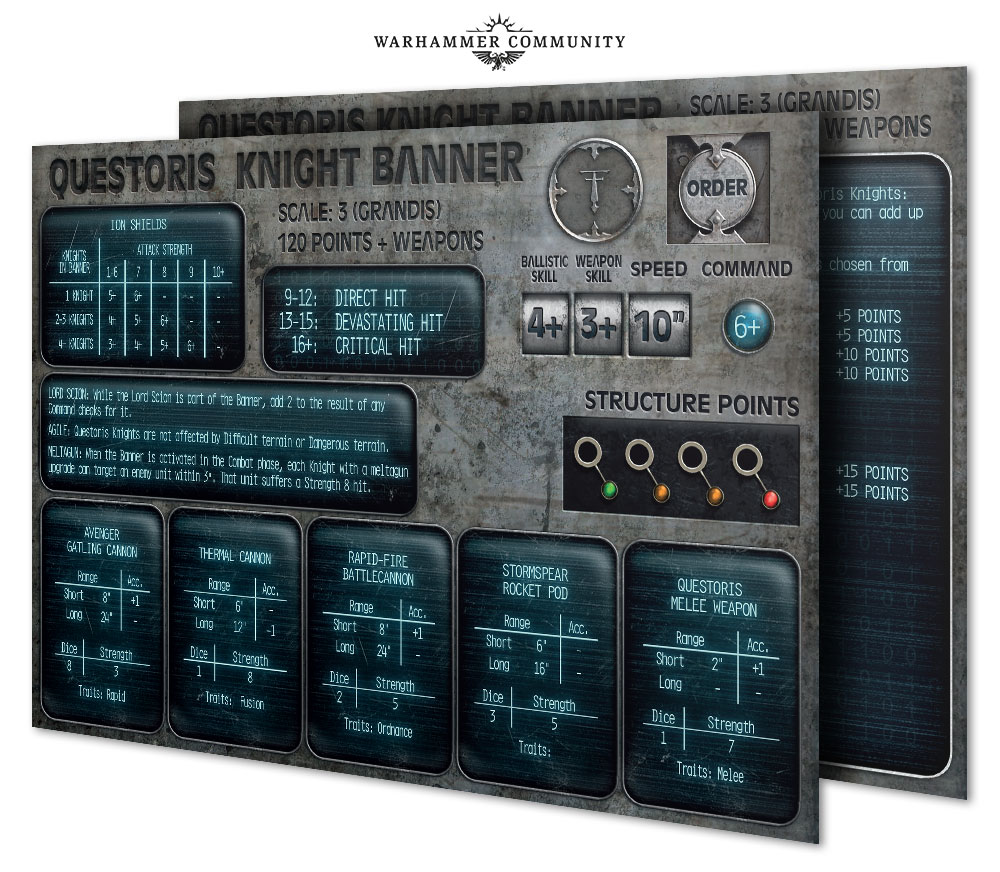 While the cardboard terminals are nice, these paper versions you can print out yourself allow you to construct armies based on what models you have and not how many terminals you purchased. Honestly, one of the issues Adeptus Titanicus has is that it takes a LOT of extras to get into the game (like the Command Terminals). Unless you made your own or bought extras, there wasn’t a way for you to track the stats of your forces. These free PDFs fix that problem. 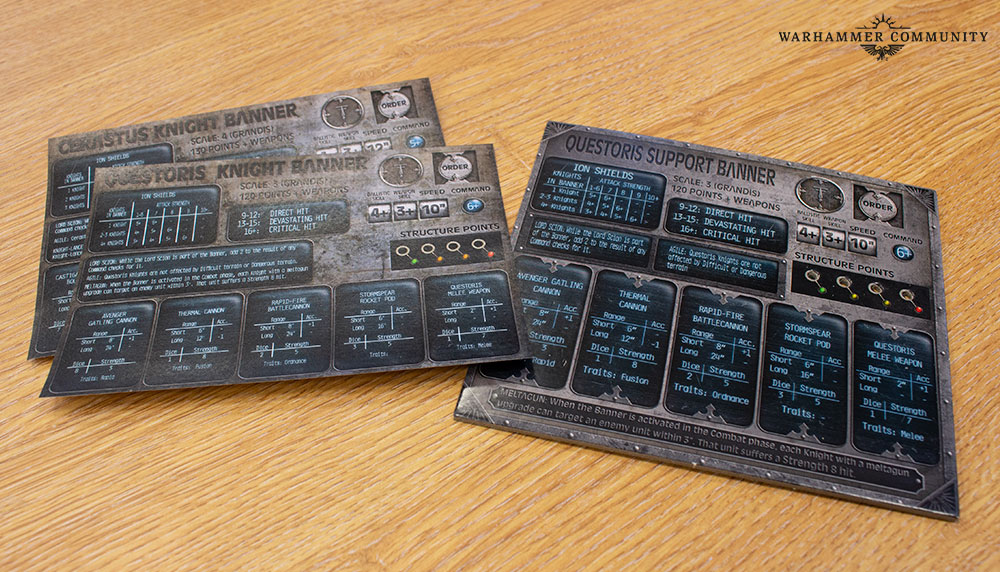 Games Workshop is still supporting Adeptus Titanicus and it’s a really solid game. The mechanics are great and it plays well. The combat is cinematic and when Titans explode, it’s hard not to grin at the mass destruction. But it really seems like needing all the “extras” to actually play the game scared off a lot of players. I’m hoping they learned a thing or two and release a new “Starter box” that has a much lower barrier to entry. Even though the Grand Master Edition was a good deal, looking back, it wasn’t a good entry point for the game itself. 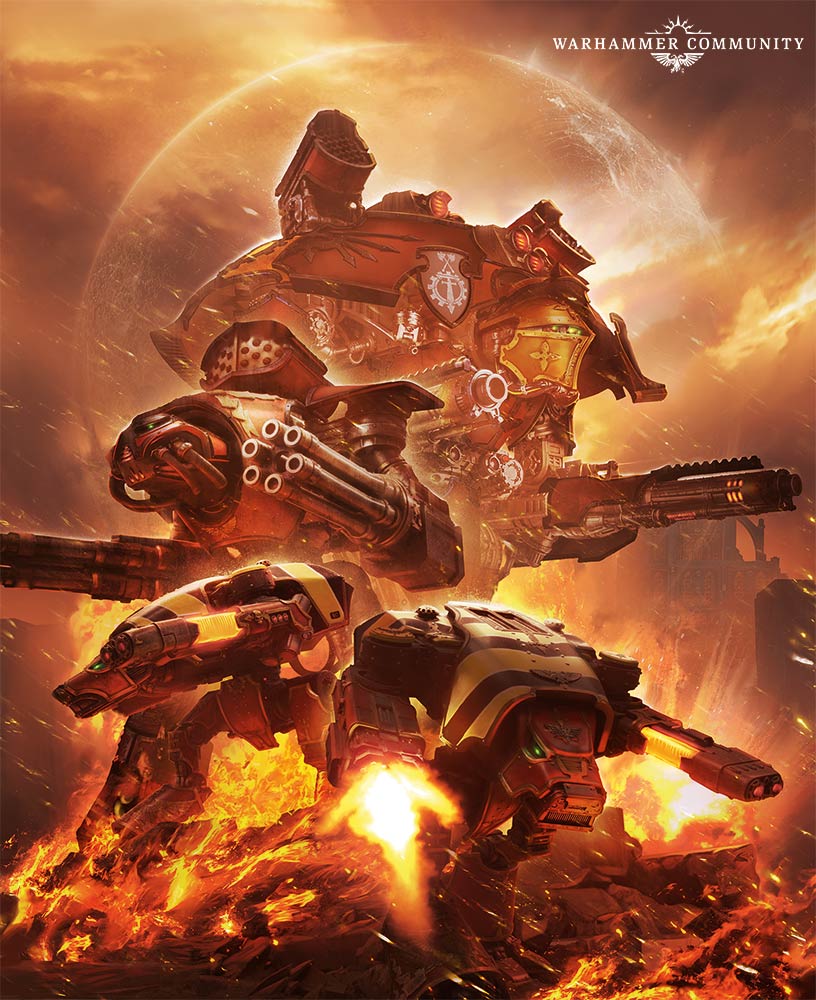