The Gloomspite Gitz are bringing Zaggit’s Squigalanche into battle led by the might Loonboss himself – come take a look!

Looncurse is up for pre-order this weekend and we’ve already taken a tour of the contents. We’re going to focus in on the new stuff in the box – starting with the new Loonboss on Giant Cave Squig. 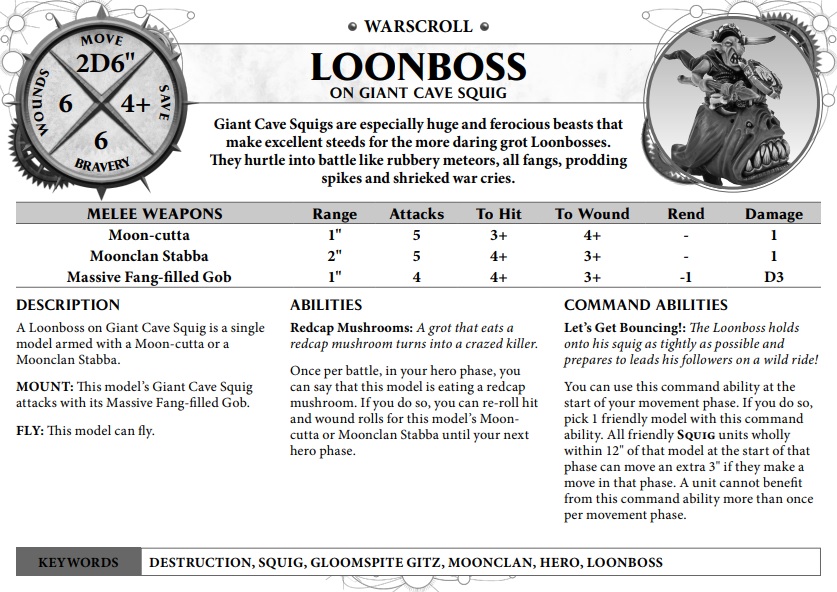 While the rules aren’t new – the model is and the Loonboss is no joke. Either melee weapon is going to be enhanced by the Redcap Mushroom ability. And the Cave Squig is no slouch either! While the movement might be random – it does have the Fly ability and Let’s Get Bouncing can really help out your friendly Squig units get where they need to go, too! Don’t forget – he also has the Squig keyword so he benefits too! 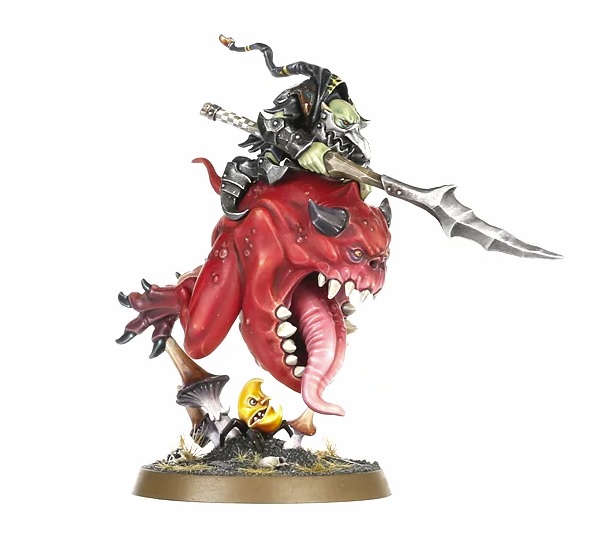 I want to get my NOM NOM NOM on! 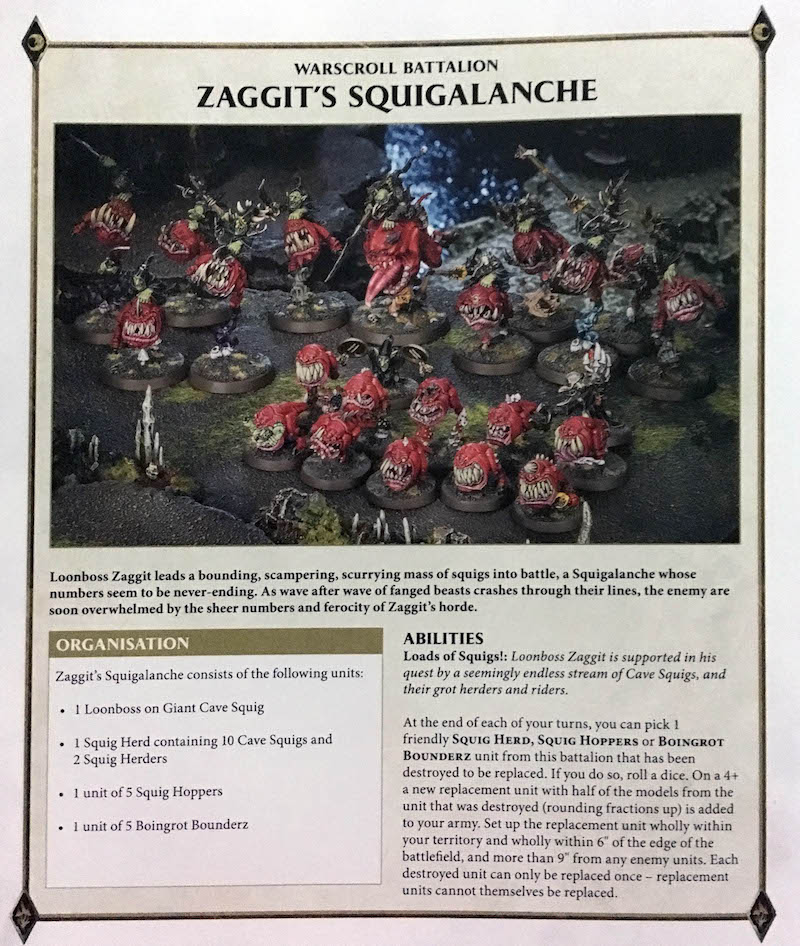 The battalion allows you to bring back units from the dead! Sort of. They come back at half-strength but that’s still better than nothing! Plus, they come from your board-edge which means you’ll be able to take any objectives on your side of the table really quickly. If you send in some big units and they get killed off, just bring them back and re-take your board edge! Hopefully, they did some serious damage on the way out and a weaker enemy force has to try to deal with them – again! 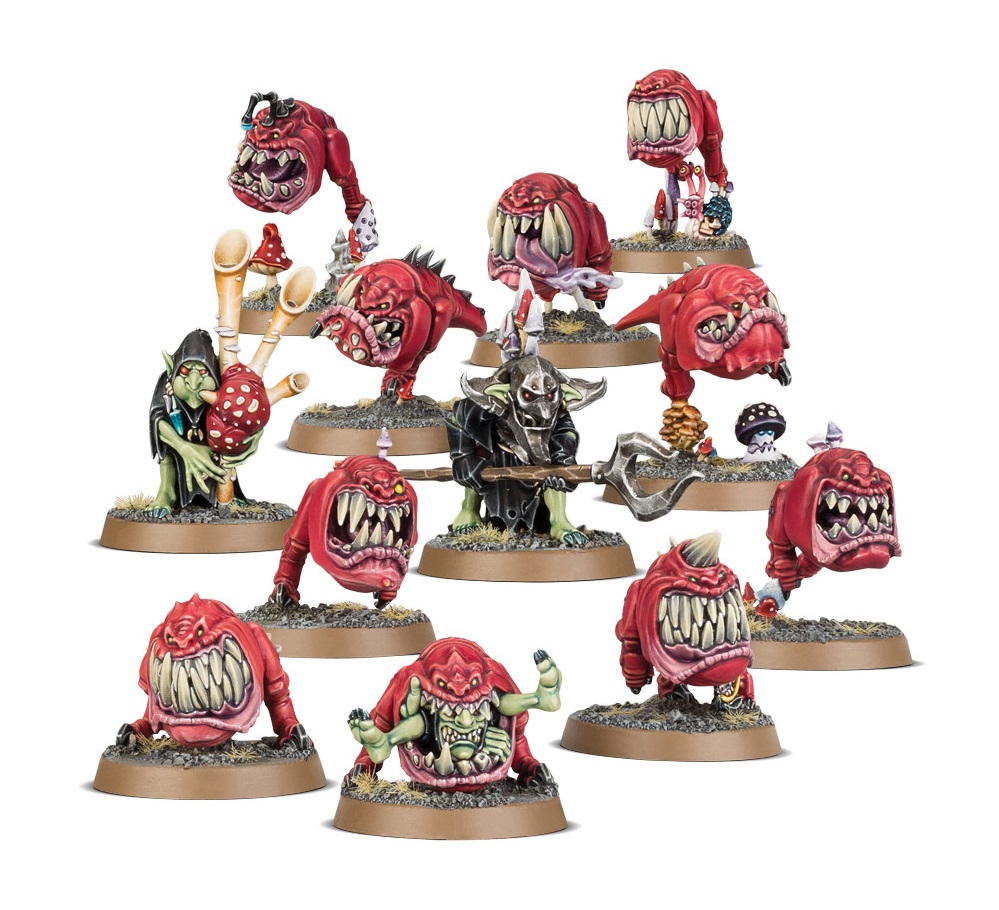 Never underestimate the power of the squig!

The Squigalanche is coming to town – are you ready for Looncurse?!