D&D: Bring Your Character To Life In Glorious 16-Bit With Reroll 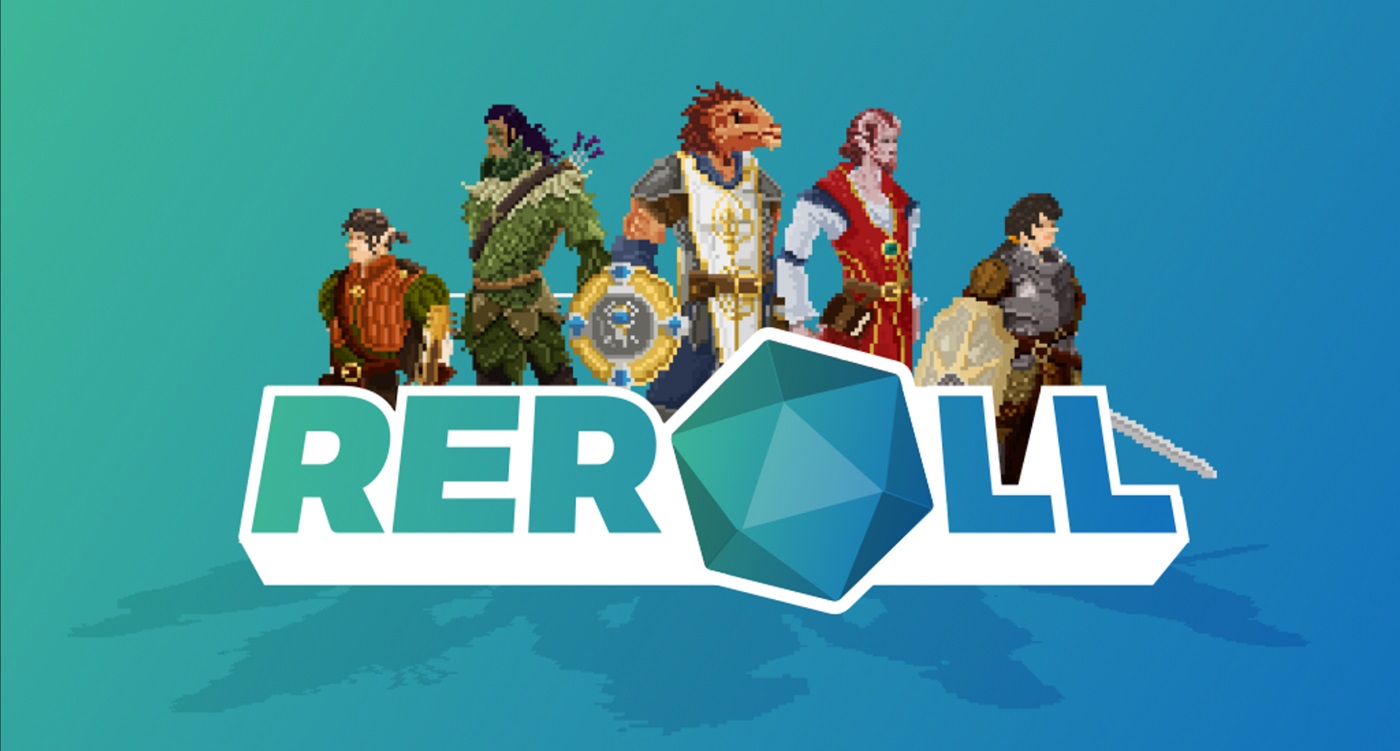 Reroll is a visual character sheet app that organizes your stats and lets you generate a 16-bit pixel art representation of your favorite characters.

Let’s talk character art for a second. It’s that box on your character sheet that you can either draw in and wish that you’d learned to color inside the lines when you were still in school (any grade, really, you had your chance but no, you decided to get involved in grade-appropriate hijinks that resulted in many a burning couch being thrown from a roof). You could commission someone to try and bring your character to life, and if you’re good at translating what you see in your head into words–this is an excellent option. But if you want something that conveys the idea, and leaves room for the imagination, pixel art is your friend, friend. 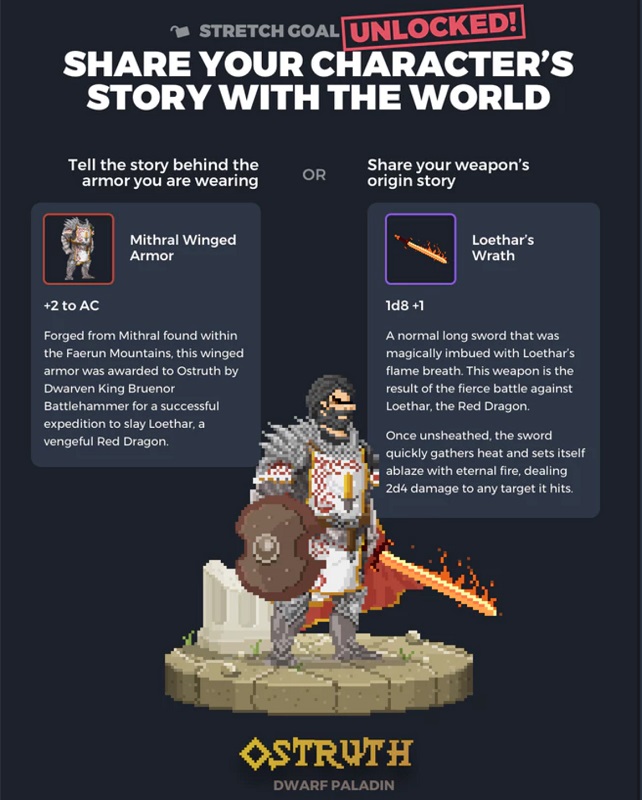 It’s so evocative and fun. Yeah it’s a little video game-y, but it can speak more than a drawing does. If you want something fast that gets your character out–this is a fun way to do it. And Reroll is just the app to kick this trend off. Reroll is Kickstarting now, and was funded in a day, so don’t worry about it not making. But they promise to bring you a fully functional character sheet app that lets you build and equip your character how you see fit. It’s pretty robust, and looks like a ton of fun, see for yourself.

Reroll is a visual character sheet app that allows you to create and customize your characters in hand-crafted pixel art. The app also comes with a basic 5th Edition DnD digital charactfer sheet for you to keep track of your stats, spells, combat, inventory, and notes.

There’s a lot of cool stuff at play here. You can currently generate a Dwarf, Tiefling, Dragonborn, Human, Half-Elf, Half-Orc, Gnome, Elf, Halfling, Aasimar, Genasi, Warforged, Goliath, and Tabaxi. There’s a ton of different weapons and armor, with more than 1100 different pieces all together (and that’s just the first draft). You can even grab a Pet–but that slot is Kickstarter Only. 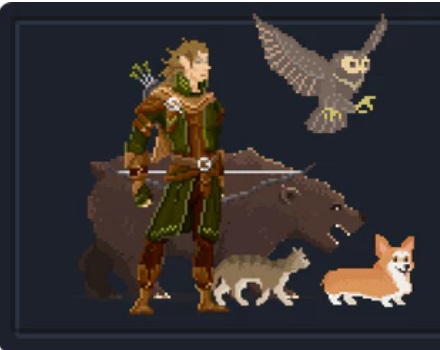 In the interest of full disclosure, I’ve backed this one myself, and want to see it hit all the goals so that I can see that marketplace get released, but it does look pretty good regardless.