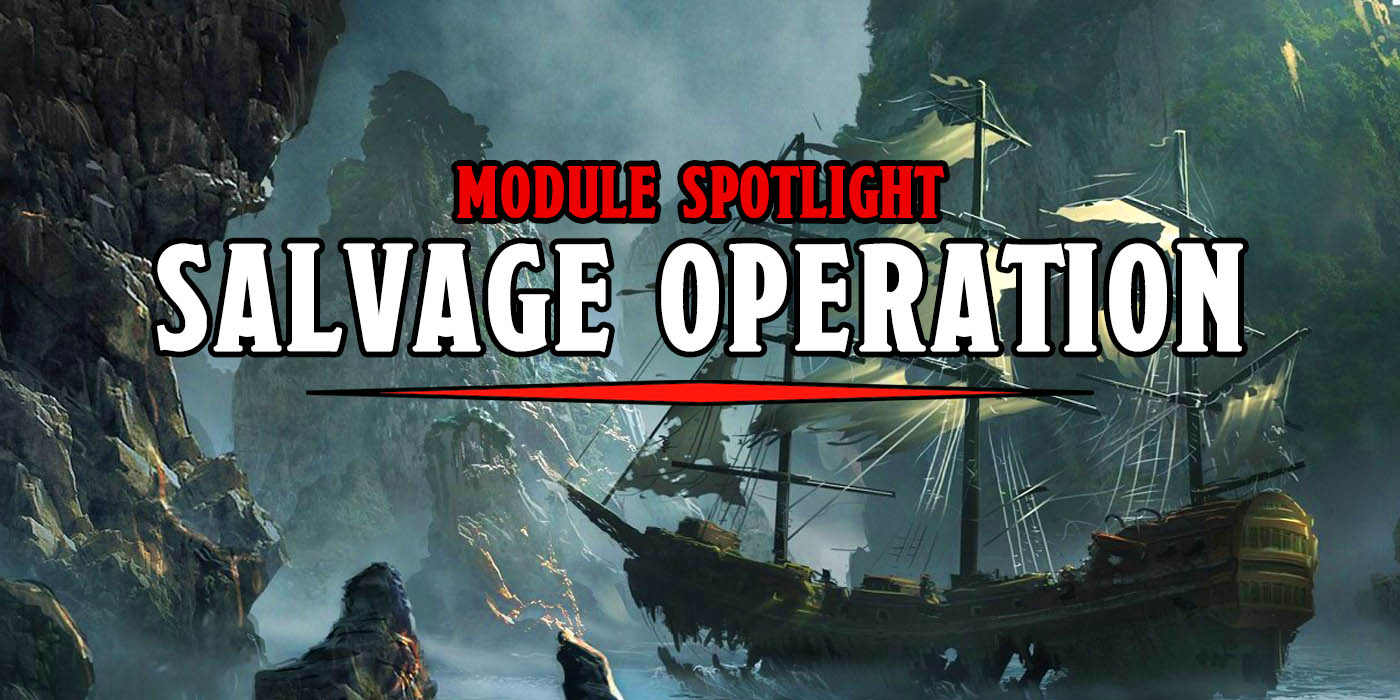 Our Saltmarsh Retrospective continues with a look at Salvage Operation, a sinking shipwreck full of demonic cultists, waterlogged zombies, and adventure.

Salvage Operation is a prime example of the excitement that aquatic adventures have to offer. The majority of its action takes place aboard a cramped, slowly sinking ship that’s been overrun by cultists and time. As if enduring a claustrophobic dungeon crawl wasn’t enough, towards the end of the adventure, you get a great set-piece encounter when, after defeating a demonically powered druid, the boat starts to sink under the attack of a giant squid.

It makes for a thrilling race to try and get off the boat with whatever treasure the party can discover–all for the aid of an aging merchant whose ship has finally come in. This adventure does aquatic action well, and here are five prime examples.

Getting There Is Half The Battle 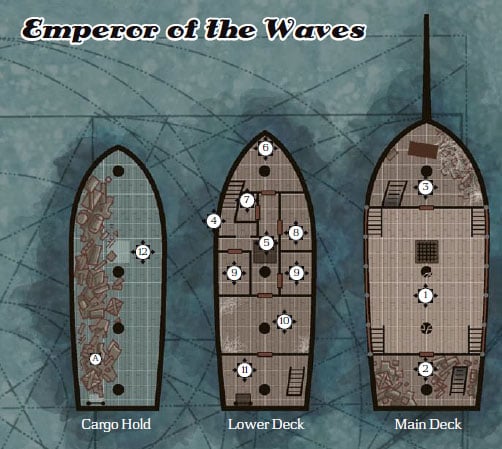 A big part in the adventure is actually tracking down the ruined ship, the Emperor of the Waves. The crew of heroes will need to find the ship and determine what has befallen it–but before the players can even roll initiative, there’s a bunch of hazards they must overcome. Climbing up to the boat is tricky and might send erstwhile PCs careening into a hold full of spiders; characters who think to secure the ship have their work cut out for them. From moment one, the players are aware that this ship is trashed and will, if they’re not careful, take them out with it. 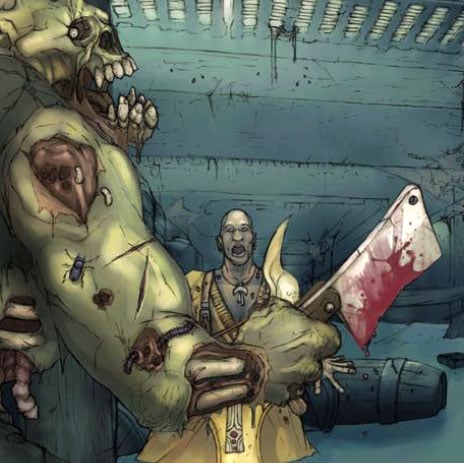 The other great thing about this adventure is the tone of it. It starts strong once the players board the derelict vessel, with one of the first areas they find dominated by a demonic altar that’s dripping with flavor. There’s no question as to what has happened here, and especially savvy players might know that it’s an altar to an obscure demon lord, but even if they can’t make the check, they’re immediately greeted by demonic insects, setting the stage for things to come. There are a few other tricks like this that build mood throughout. 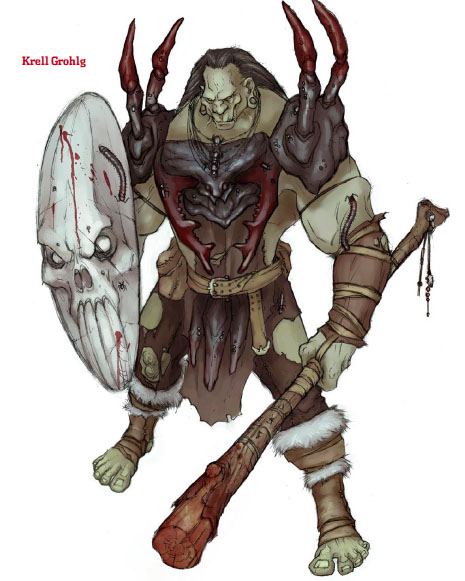 The adventure also doesn’t linger too long. The Emperor of the Waves is a big enough ship to have three decks, but it’s not overfull. There are 12 rooms all in all to the ship–each one has its role to play. The Emperor of the Waves was captured by cultists of a demon lord of insects, and as a result many of the foes here are insect in nature. Spiders, Centipedes, all commanded by the “boss” of the adventure, a demonic half-orc druid, who just wants to fight. 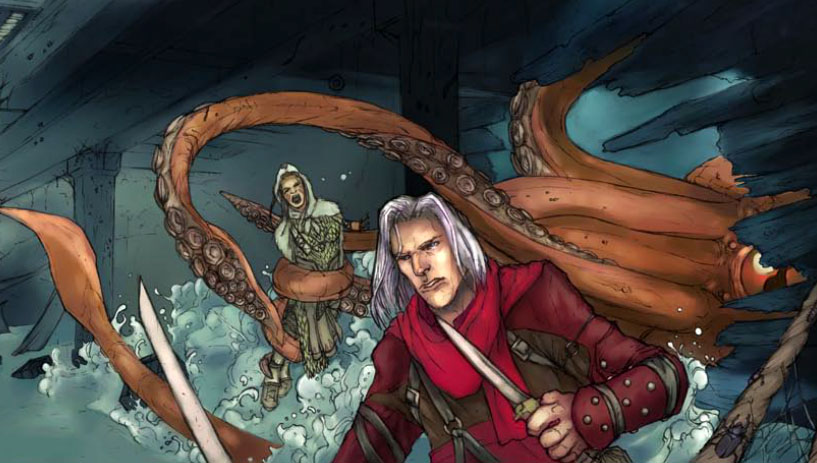 And since the entire adventure takes place on a ship, there’s little room to try and run, should the need arise. Especially since these are 2nd level characters, once they board the ship, they should feel trapped. Their allies will drop them off but won’t get any closer than 500 feet–it’s very isolating for a band of plucky adventurers, and that can help really sell the terror of the villains that await them on board… or when the ship starts to take on more water, it can help drive home the stakes.

Bringing Down The House 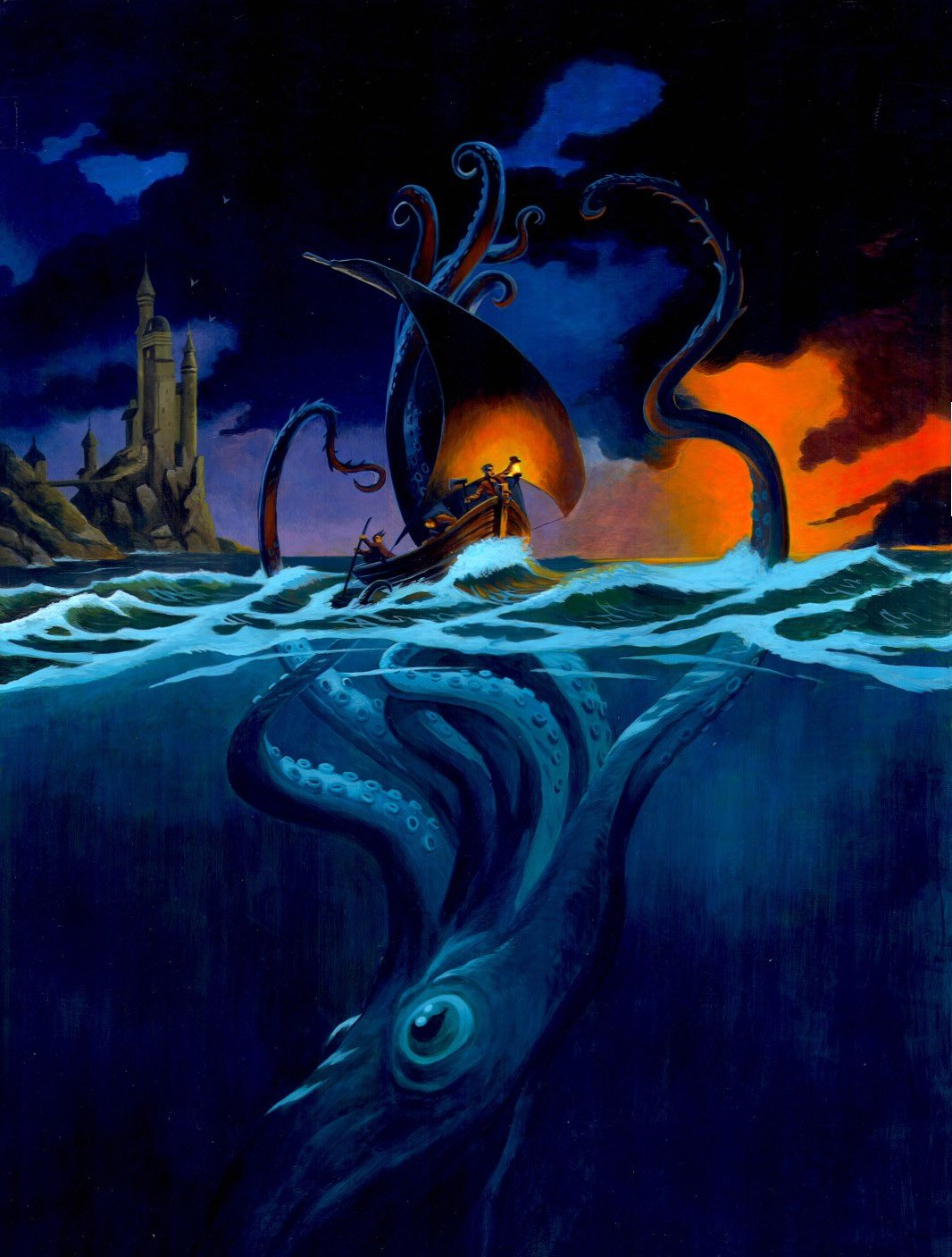 The other big part of this adventure is that, as the PCs close in on what they’re looking for, a giant squid (but one that’s called out as sickly and old) attacks the ship, attempting to pull it down. This sets off a big 27-round race to try and escape from the squid’s assault–but the adventure understands that this is a perfect tipping point. As the PCs battle the sinking ship, more hazards and monsters that had previously been dormant spring into action. It’s a great example of how to map a timed event onto your own adventures.

And that’s Salvage Operation, a short but sweet adventure–we’re looking forward to seeing how this one gets updated for 5th Edition.