Forge World has a couple transports and more now up for Pre-Order ahead of Warhammer Fest 2019! 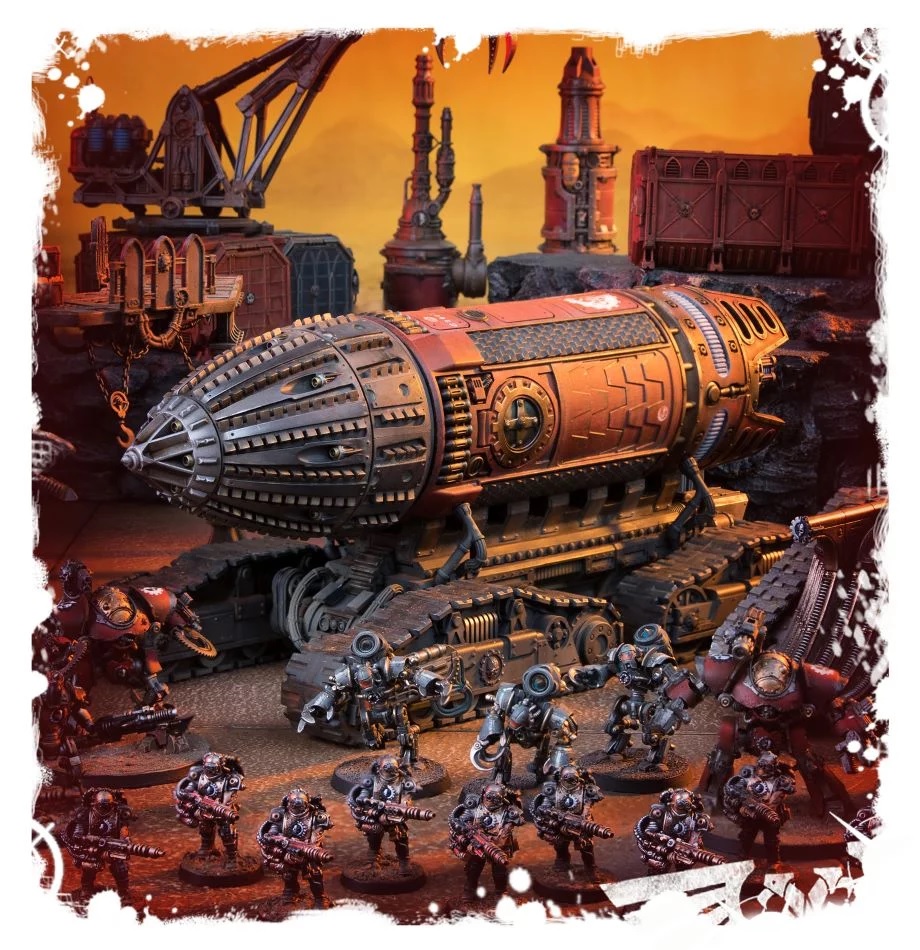 The Aktaeus is the most recognisable of the Ordinatus Minoris created and operated by the Mechanicum, a super-heavy transport designed to carve a path through the stony heart of a world to deliver its cargo of warriors to the centre of the battlefield. Known to the armies of the Emperor as the Imperial Mole, this vehicle is employed primarily as a siege engine capable of rendering even the most formidable fortifications pointless by burrowing beneath them. 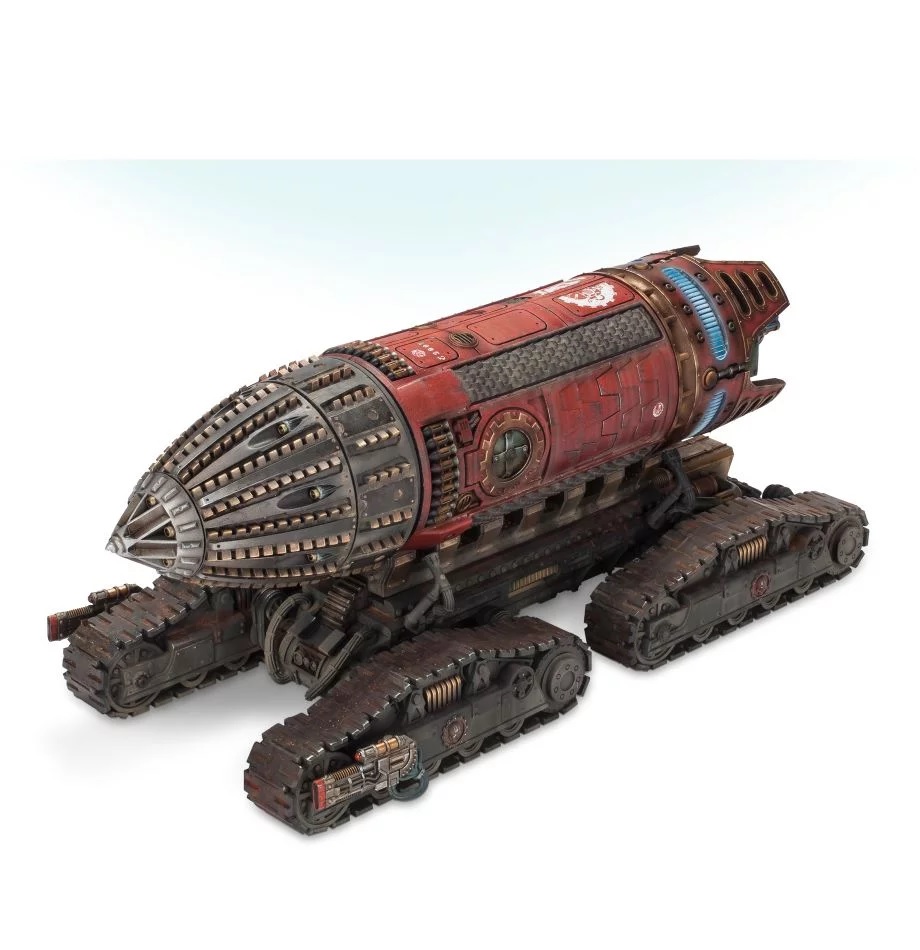 The Ordinatus Aktaeus is part transport, part heavy-duty war machine! This engine of destruction allows you to deliver a battalion of troops right to the heart of the enemy, unleashing a deadly seismic quake to cover their advance before providing a blistering hail of supporting firepower. You’ll be able to field yours mounted upon the Ordinatus platform, or send the Aktaeus Earth-breaker into battle separately, making it incredibly flexible. Nigh-indestructible when faced with conventional weapons, it’ll make an impact on even the fiercest battlefields the Age of Darkness has to offer. 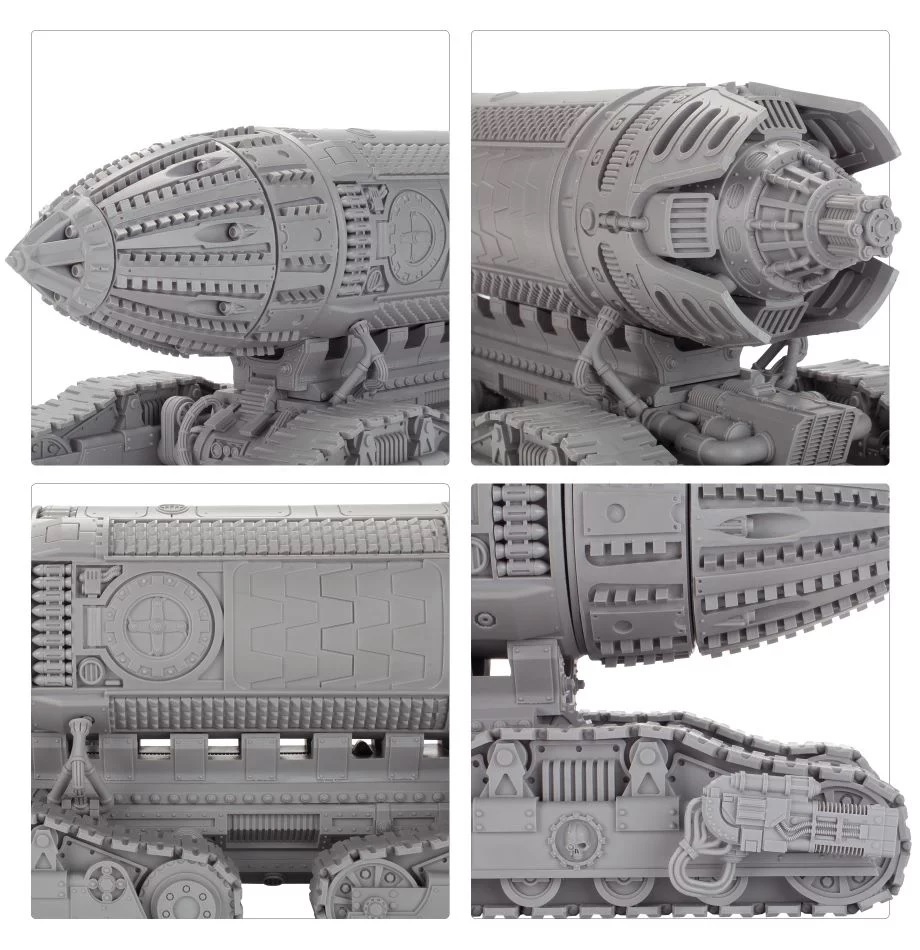 This massive kit is a pleasure for a dedicated hobbyist. Once you’ve constructed your Ordinatus Aktaeus, you’ll be able to freely remove the main body of the drill from the platform for painting and gaming. It’s sure to make an incredible centrepiece to any Mechanicum army, and a worthy companion to your other Ordinatus war machines. 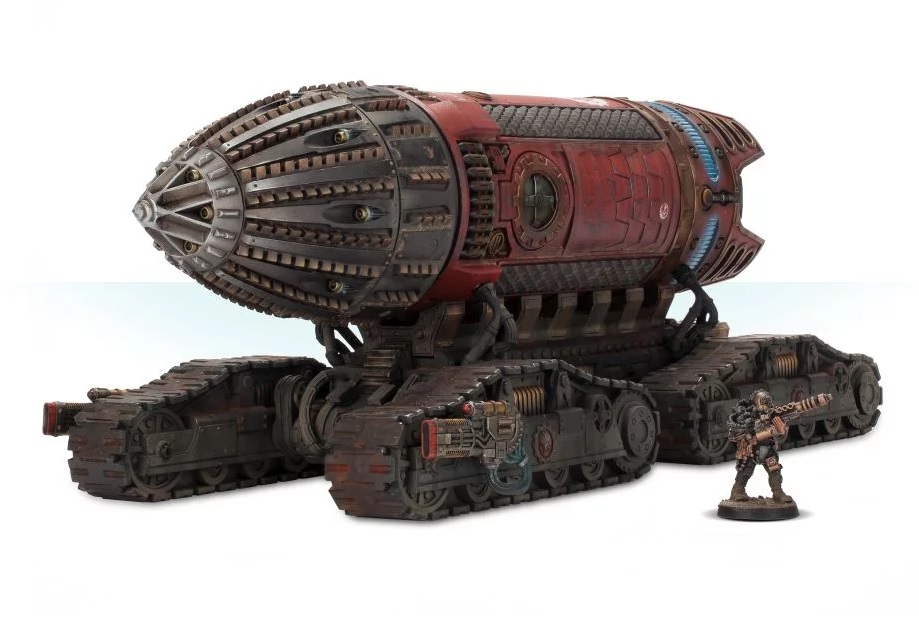 This kit is supplied in 113 resin components. 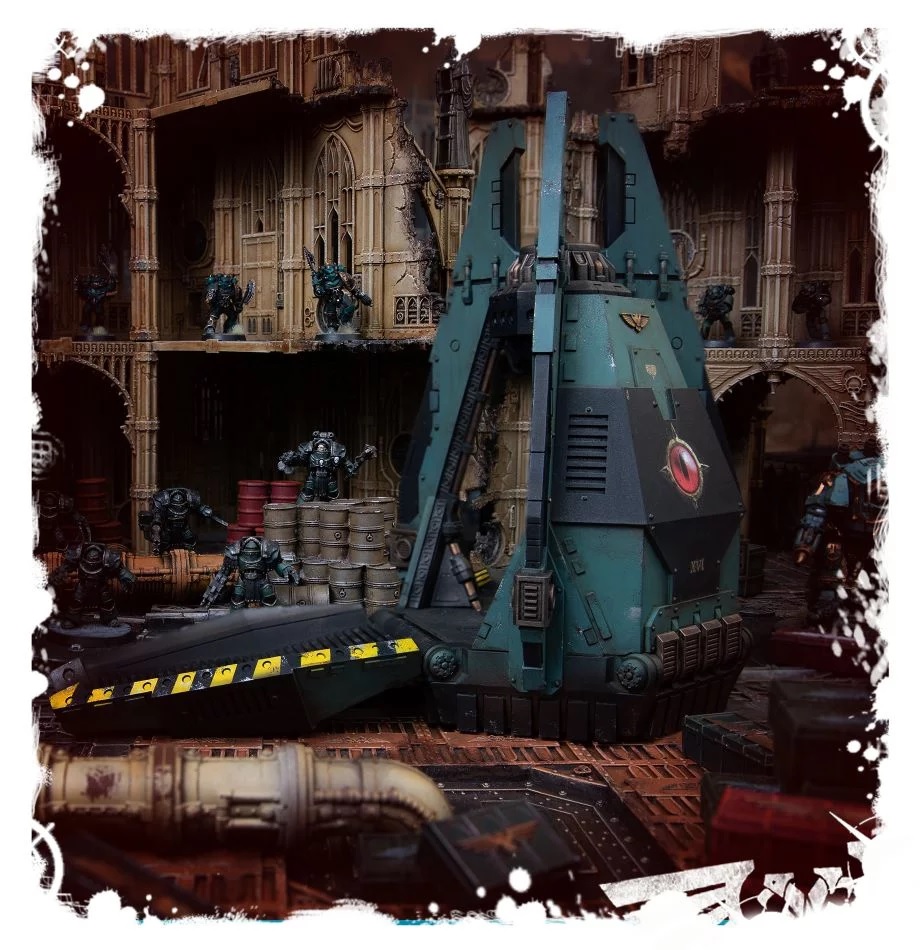 The Legion Dreadnought Drop Pod allowed for the inclusion of Dreadnoughts within drop pod assaults, bringing the heavy weight of firepower they possessed to bear against the foe. With the dawn of the Age of Darkness, the Legiones Astartes were faced with a foe who possessed the same martial strength, intelligence and prowess as themselves, meaning that Loyalist and Traitor alike were forced to turn to whatever means possible to gain an advantage, utilising tactics such as heavy drop pod assaults to dictate the pace and location of a battle before the enemy could retaliate. 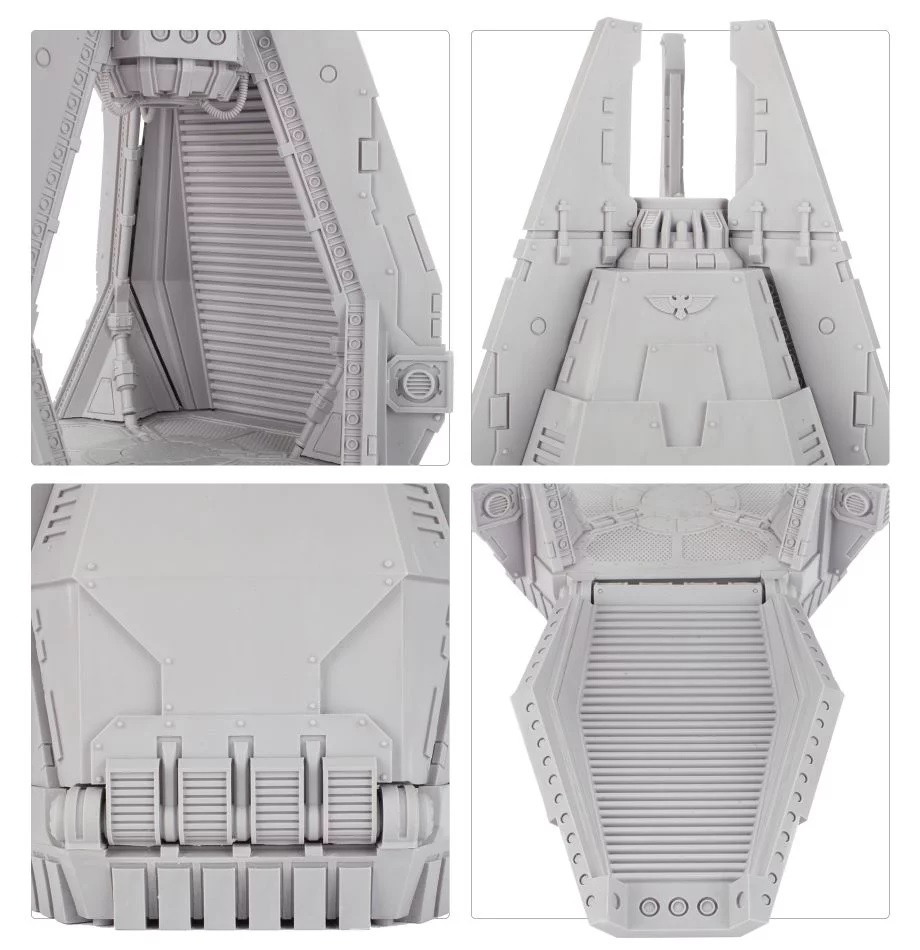 This multipart resin kit contains the parts to build one Legion Dreadnought Drop Pod. This model is a Dedicated Transport for Legiones Astartes armies and allows heavy support to be dropped onto the battlefield alongside troops, bolstering an assault-focused army. The Legion Dreadnought Drop Pod features hinged doors and interior detail, allowing it to be modelled open or closed, or to be opened during battle when it lands and unleashes its lethal cargo. 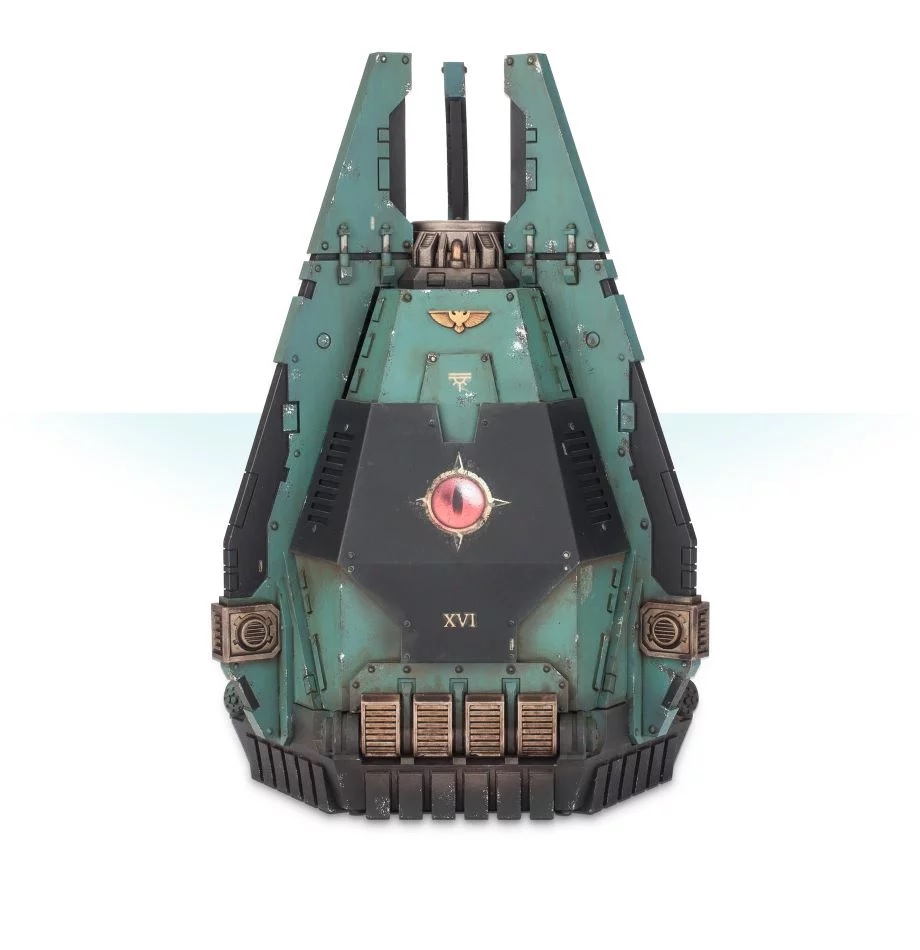 This kit is supplied as 21 resin components.

Warhammer 40,000 rules for the Legion Dreadnought Drop Pod can be found in Imperial Armour – Index: Forces of the Adeptus Astartes. You can download a free pdf of its rules for the Horus Heresy on the rules tab. 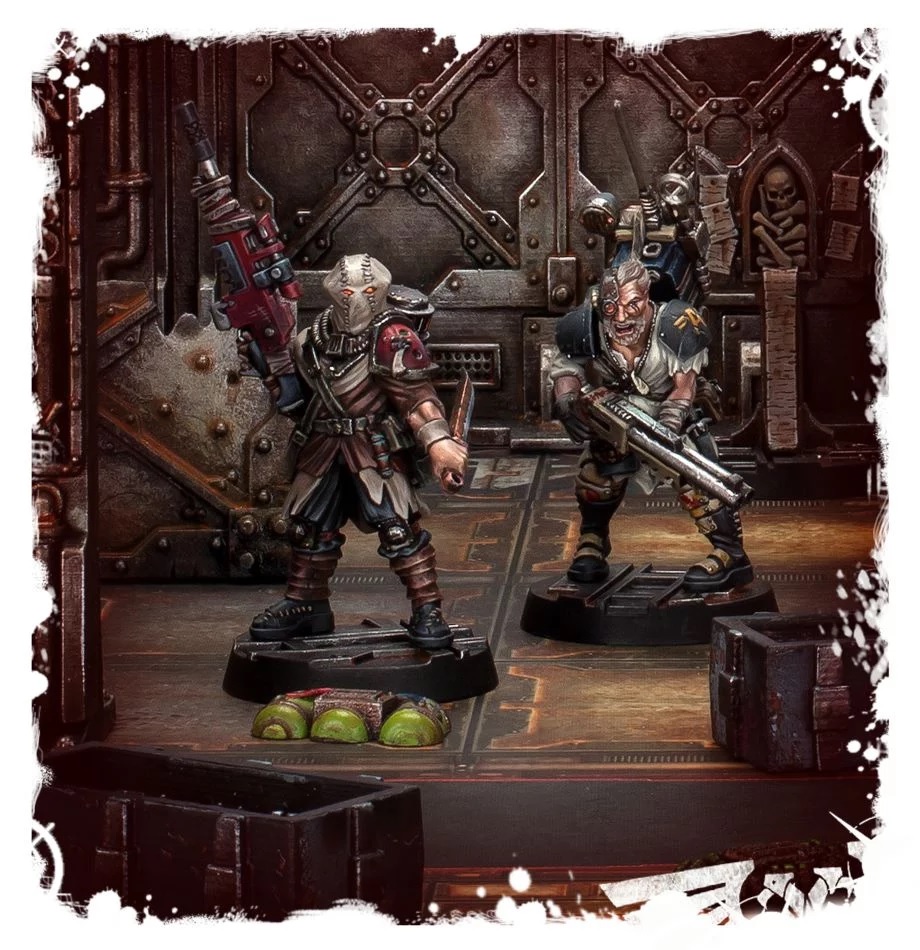 Many Hired Guns ply their bloody trade in the depths of Necromunda’s underhive, among them Yar Umbra and the Deserter.

Yar Umbra came to Hive Primus from another world. Unfortunately for Yar, when his ship left he wasn’t on it. He now sells his services to the highest bidder, trying to scrape together the credits to get off Necromunda and return to his old life. 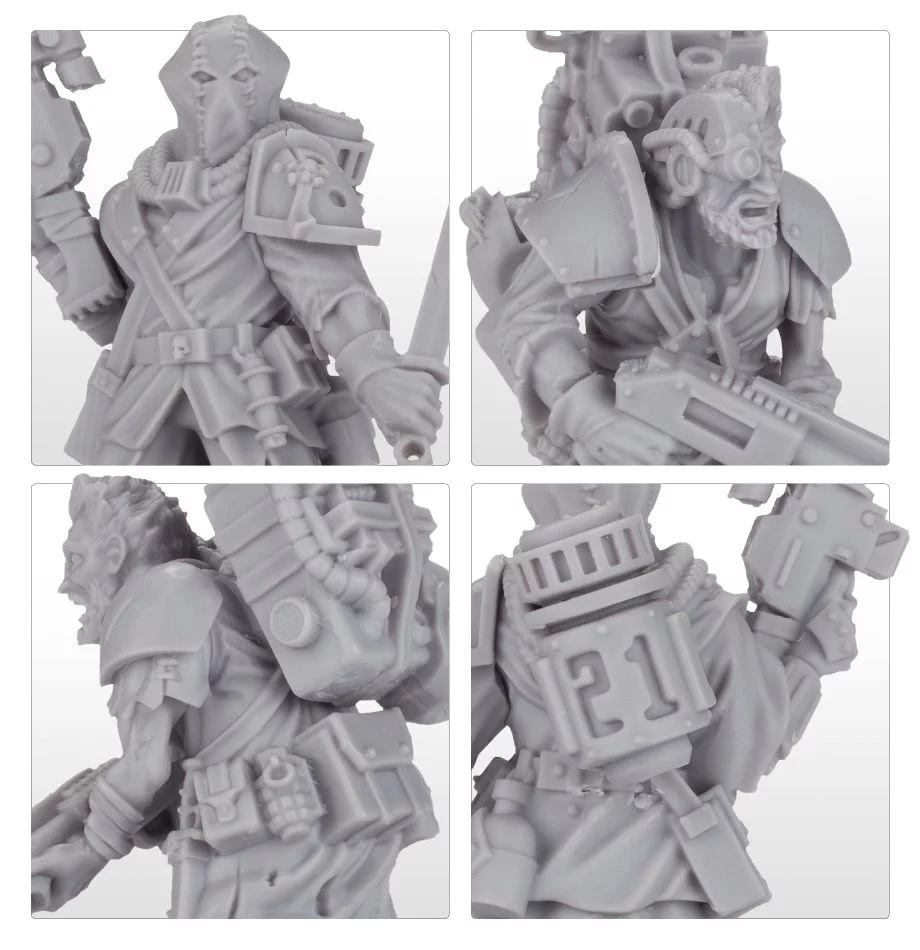 None know the Deserter’s identity, but his tattoos mark him as a veteran of the legendary Necromundan 8th. The crazy old soldier lives downhive in a booby-trapped warren, and there are few individuals as talented when it comes to laying traps or setting ambushes.

Both Yar Umbra and the Deserter can be hired by any gang in your games of Necromunda. Yar Umbra makes an excellent sniper, his long lasrifle perfect for picking off unwary gangers who find themselves out of cover. The Deserter can be used as a medic, and allows gangs that hire him to earn extra experience, representing the skills and knowledge he earned in service to the Emperor. 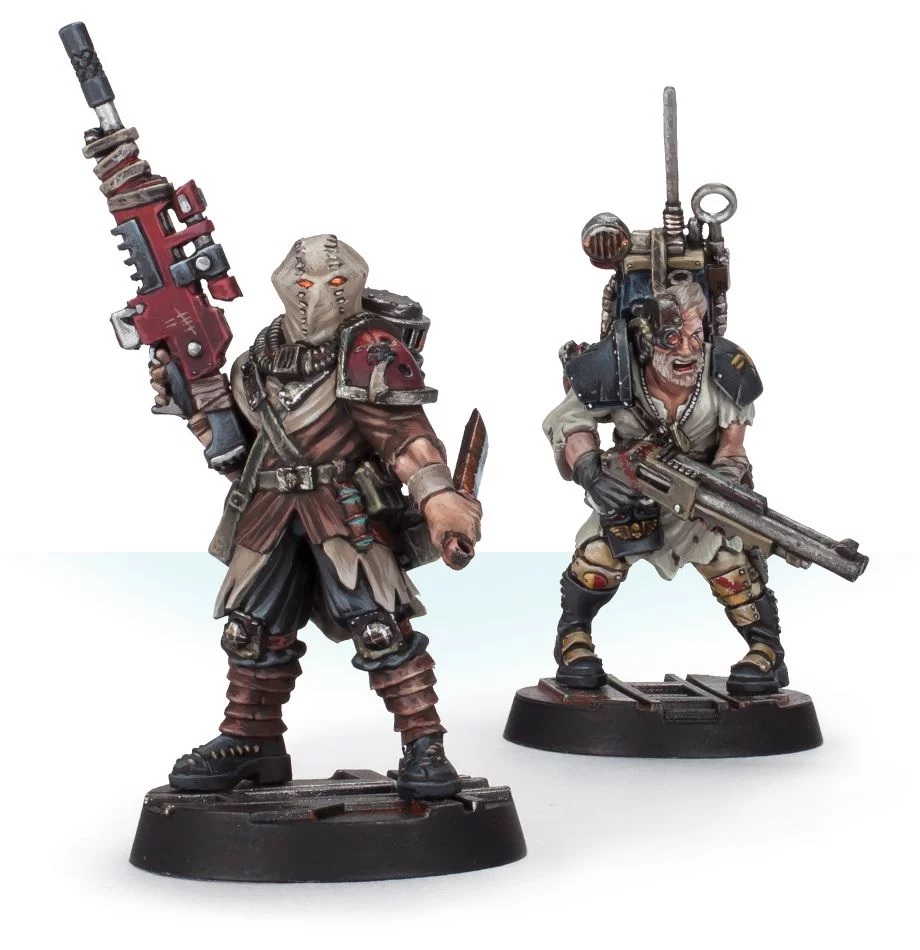 This 15-piece resin kit makes 2 miniatures, one for Yar Umbra and the other the Deserter. Rules for using them in your games are included in the packaging, and can also be found in the Gangs of the Underhive expansion.

Author: Adam Harrison
Writer, Editor, Texas Native, and Austinite for 15+ years, Adam covers all things Tabletop Gaming. Which includes Warhammer 40,000, Age of Sigmar, D&D, Board Games and everything else that involves dice, boards, cards and a table. A hobbyist, player, and collector of miniatures and games, Adam's current obsession are his Death Armies for Age of Sigmar, his Blood Angels and Tyranids for 40k, and his ever growing Arkham Horror: The Card Game Collection.
Advertisement
Forge World Games Workshop Horus Heresy Miniatures Necromunda Tabletop News Warhammer 40k
Advertisement 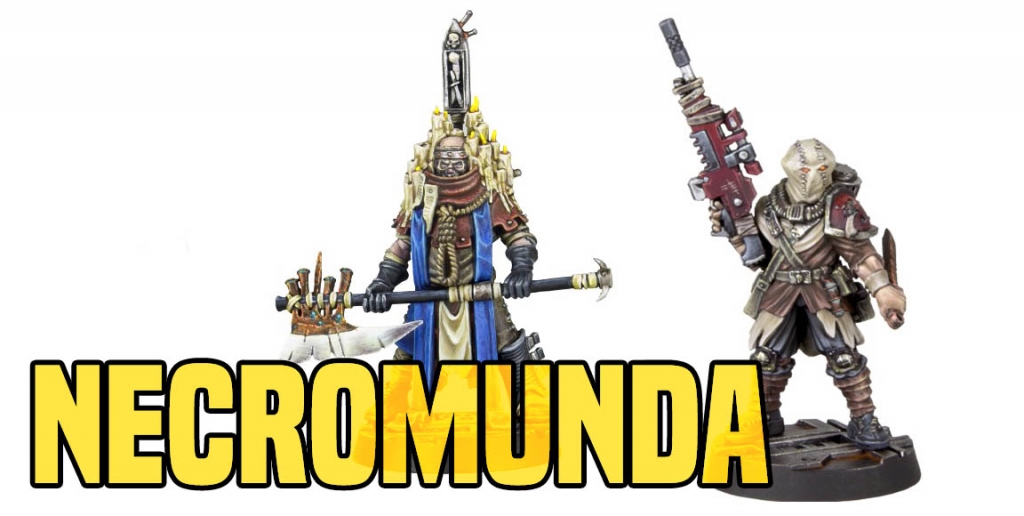