The magazine’s cover story next month takes us on the set of Episode IX and provides a first look at new characters, sets, creatures, and more.

It’s become a tradition for Annie Leibovitz to shoot the latest Star Wars movie on set – she shot photos of the cast of The Empire Strikes Back for Rolling Stone in 1980, and starting with the prequels she has shot all of the movies for Vanity Fair. The latest issue of the magazine features a multiple page spread – and two covers – covering The Rise of Skywalker that includes some beautiful behind the scenes images.

In the article JJ Abrams talked about how he views this trilogy, its themes, and its overarching story…

You can check out more never-before-scene photos (including an exclusive first look at Keri Russell’s character), and read interviews with the cast and crew on Vanity Fair’s website. 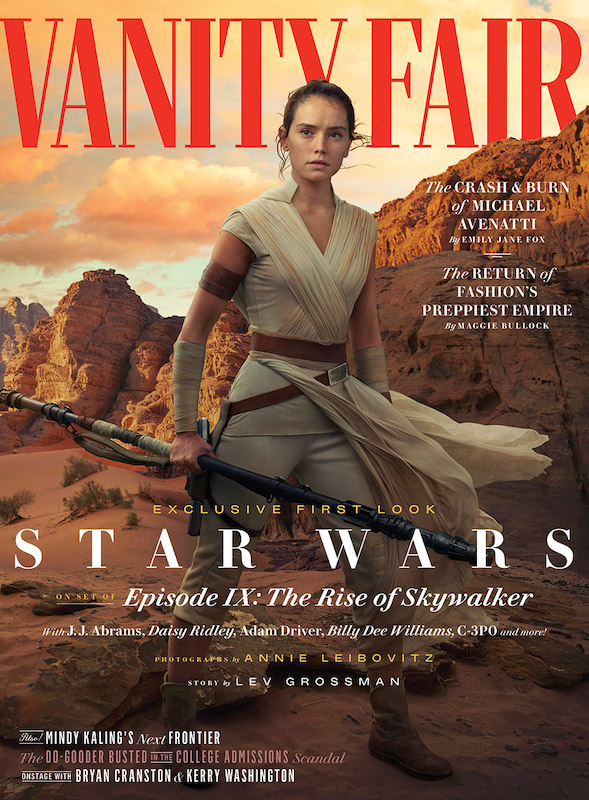 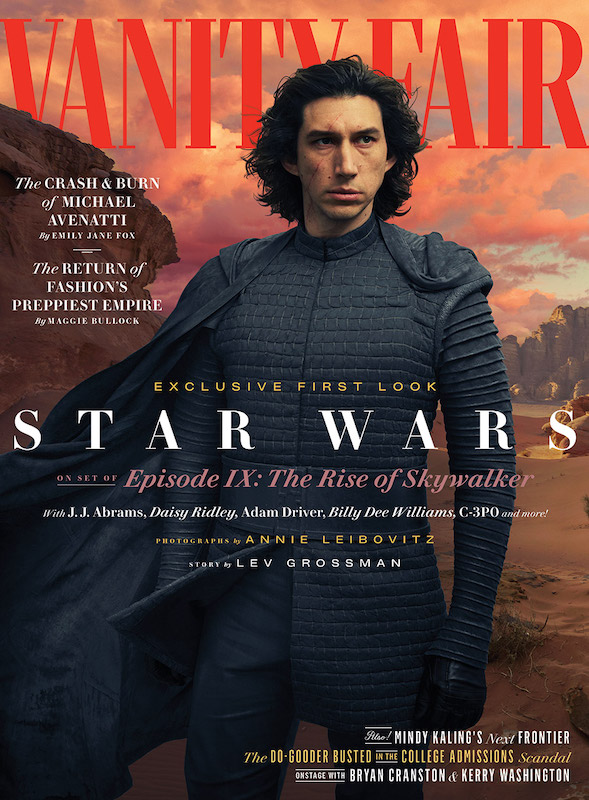