Goatboy’s 40K: You Got Your Red Corsairs in my Keeper of Secrets! 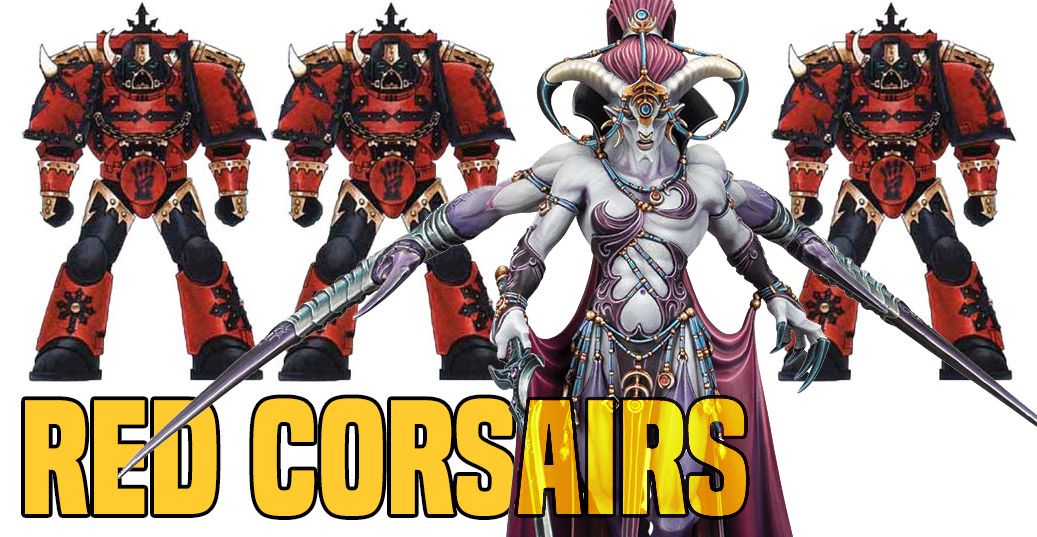 I have a naughty Chaos Marine and Slaaneshi mashup for you. You know you want to see it…

I am not sure if the sexy purple lady-dude-bull is crazy worth it, but it is something to think about because you can build a pretty gnarly monster mash list if you want.  Of course, this is going to utilize my other favorite new monster – the Lord Discordant – and somehow mash up a ton of Slaanesh into one big fat army.  I was lucky enough to get one Keeper of Secrets, and I still might grab another one.  It’s one of the few big monsters I don’t have – next to a Great Unclean One.  I think that guy is next on my list after I finish up some Slaanesh nonsense.

But let’s get onto the list.  I think moving into the Red Corsairs for the Chaos side is a good thing as you’re not using Veterans of the Long War or anything else that could be useful.  Instead, I want to look at the utility of having a lot of CP to do some things with.  Like keeping your Daemon monsters alive with a 4+ or other fun things.  I also tried to make everything in this army a Slaanesh Daemon of some sort – that way everything clicks on each other.  The three units of CP battery from Red Corsairs and the one random Sorcerer.  It still doesn’t have any cultists, so that is a win in my cold black Heart.

*** Now that the FAQ is out I can relook at some Knight lists and other options beyond Chaos.  I love me the bad guys, but I don’t think the FAQ hurt new Chaos at all, so that is the reason I keep dipping my toes into the evil hot tub that is Chaos Space Marines. *** 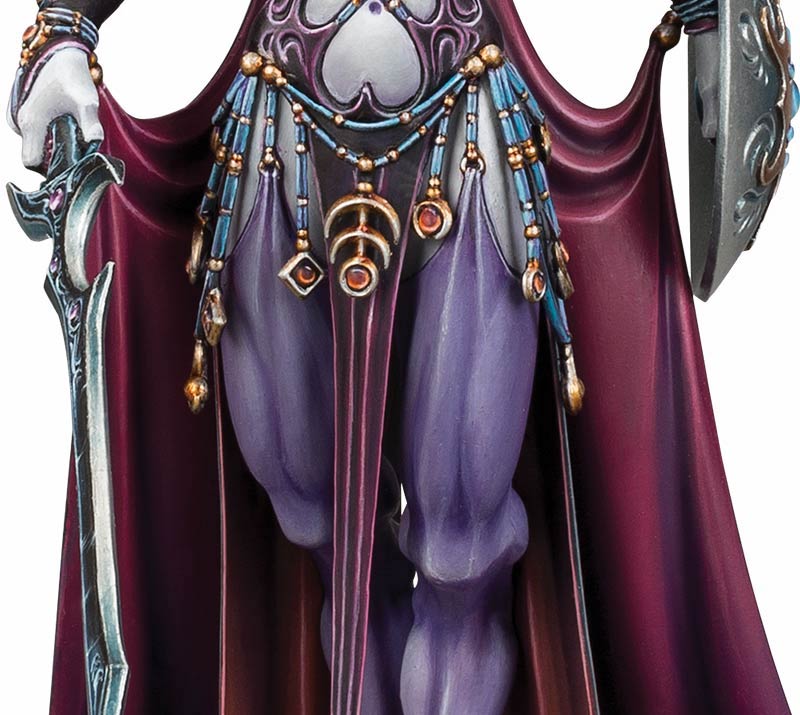 The idea here is a big hammer of monsters coming in fast, hitting hard, and hopefully killing some things. You have enough bodies to keep towards the back to hold objectives. There is a lot of damage coming at you and moving 12-20 inches before assaulting your face.  It will be very hard to hide from this.

The two Keeper of Secrets move so fast (14+d6″) and have a decent amount of attacks.  The Whip gives you six assault shots that can do some decent close range damage as well as the fact the model itself hits pretty hard.  Once they get mixed into combat you could set up some fun interactions where these guys are -2 to hit in close combat.  Seems pretty good on a fast monster right?  The Lord Discordants help out as well and love to move, advance, and charge with their fellow Slaanesh buddies.

I went with Venomcrawlers because this army is advancing all the time – having some Strength 9 shooting will be handy.  They also take up a decent amount of space and can throw out some attacks as needed.  The Chaos Lord is a missile designed to throw out 6-7 Strength 14 attacks with a few spells/relics.  I am unsure on the Master of Possession, but he could be fun with 3 Venomcrawlers hanging around him.  The Sorcerer is there to throw out some much-needed spell. A double moving/advancing bike Lord seems pretty good to sneak around something and punch your enemy in the bad place.

I plan on bringing Chaos in some variation for the rest of this year’s big 40K events I do, and I hope they stay good!