Pathfinder: Gardens Of The Gallowspire 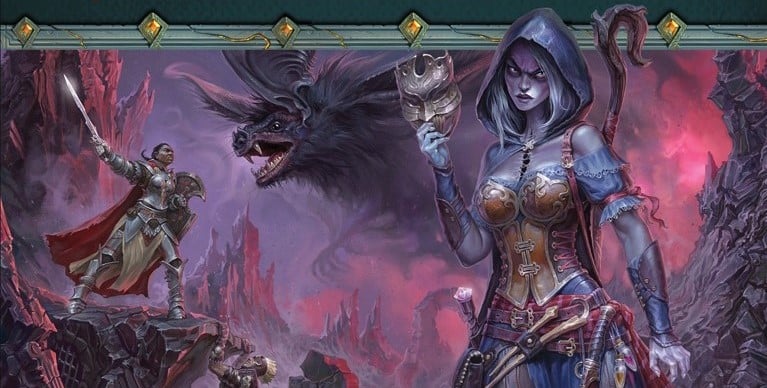 Discover the insidious secrets of the Whispering Tyrant, then unleash them on the people of Golarion in Gardens of the Gallowspire.

Gardens of the Gallowspire is part 4 of the Tyrant’s Grasp adventure path. This is an adventure path that sees the Whispering Tyrant as more than just a mythic figure that commands vast wealth and an undead army. One who must be stopped if the characters are ever going to escape… 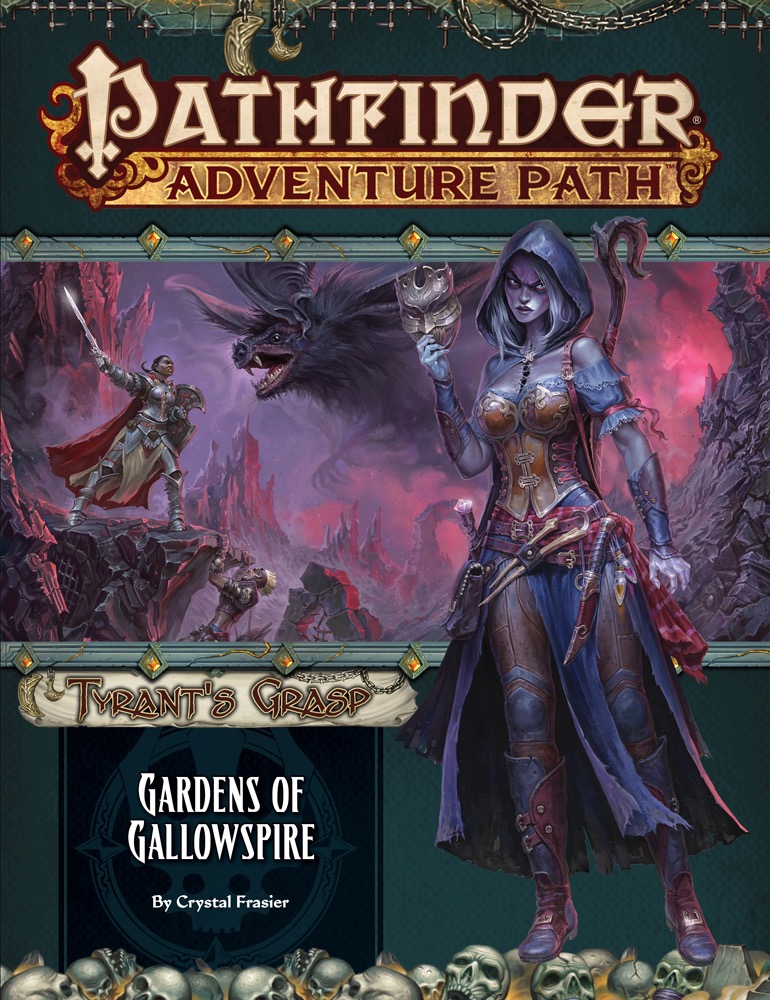 A Clash of Titans

The Whispering Tyrant is free! The time to strike against him is now, before he recovers his full might and his long-dormant armies. Arazni, fallen demigoddess and queen of the dead lands of Geb, presents the heroes with a daring plan. The heroes must enter the dangerous land of Virlych, pass the bizarre profusion of alien plants and mutated wildlife around the Whispering Tyrant’s former prison, and disable his arcane protections so that Arazni and the heroes can face the lich in battle. Yet Arazni’s undead bodyguard-jailors seek to drag her back to Geb, and the remaining knights of Lastwall perceive both liches as their enemies. The heroes must navigate threats from both the living and the dead to stop the Whispering Tyrant from extending his grasp even further!