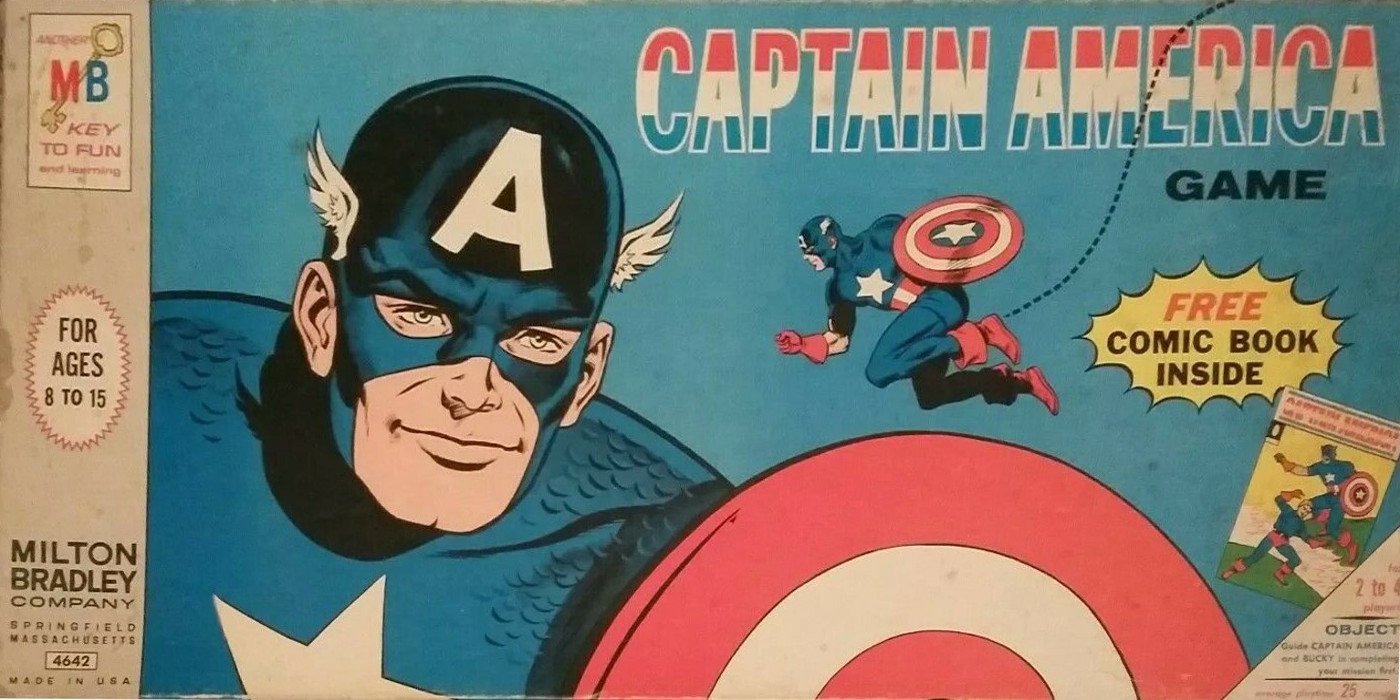 Could the 1966 Captain America board game be the first board game to ever get a 2nd edition reprint?

I don’t know. I don’t want to do that research. But it definitely did get a reprint in 1977 with mildly updated rules and a shiny coat of paint. While the rest of the board gaming world was puttering about, Milton Bradley was updating their old games! Pretty advanced for ol’ Milton.

I thought with Avengers: Endgame having just been released, this would be a fun time to catch up with where it all begins… kinda.

Board Game Geek doesn’t note these games are revision or reimplementations of each other. But they are. Let’s see how.

What separates Cap’s game from the likes of Candy Land, is mainly that players have 2 pieces to move: Captain America and Bucky. (Remember that) 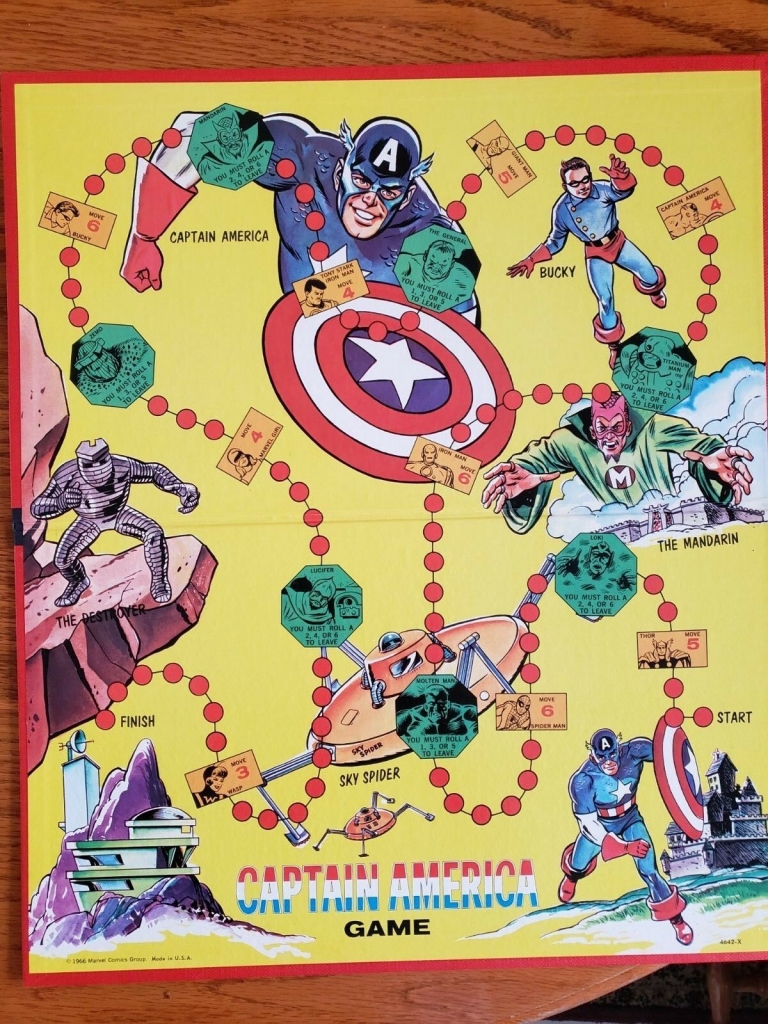 Each turn players spin the dial and move one of their pieces that many spaces. Landing on a yellow rectangle grants that player the aid of an ally, Thor, Iron Man, Wasp, yourself (Cap and Bucky both appear on the board), Spiderman, etc… If you land on those spaces, you move ahead that many more, as listed. Neato!

Landing on a green octagon will first have you wonder when’s the last time you heard the word octagon. After that, you’re stuck! Like Robin Williams in Jumanji, you’re stuck until you roll the correct number. On top of that, you can’t move your other piece until the captures piece is freed. Bummer.

Finally, landing on an occupied red dot has different effects, based on who you landed on. Landing on an opponent “bounces” you forward to the next space. But landing directly on your own piece nets you another turn. Neato again!

First player to get both Cap and Bucky to the finish wins.

Overall, a decently well-done game, for the time. It offers player choice and has a good, fitting theme. Well done, Milt.

A Little Bit Of History But Later

In 1977, Milton Bradley ran out of ideas and decided to release the Captain America game again.

But the intern was all like, “Whoa! You can’t just do that!” And Milton was all “No way! I totally can! Watch me!” and just as Milton was about to pull the lever which would release the game his wife, Vilona, grabbed his arm. “Milton! No! At least get rid of Bucky! He’s so lame until 2005!” 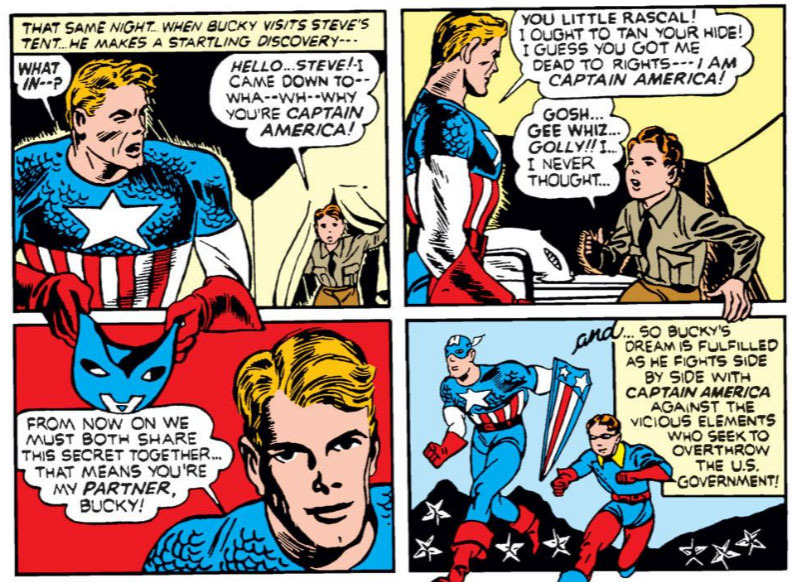 Milton Bradley schemed and rubbed his beard. He knew his wife was right. Bucky was super duper lame. But who could surpass such a low bar of expectation?

Why none other than Falcon! 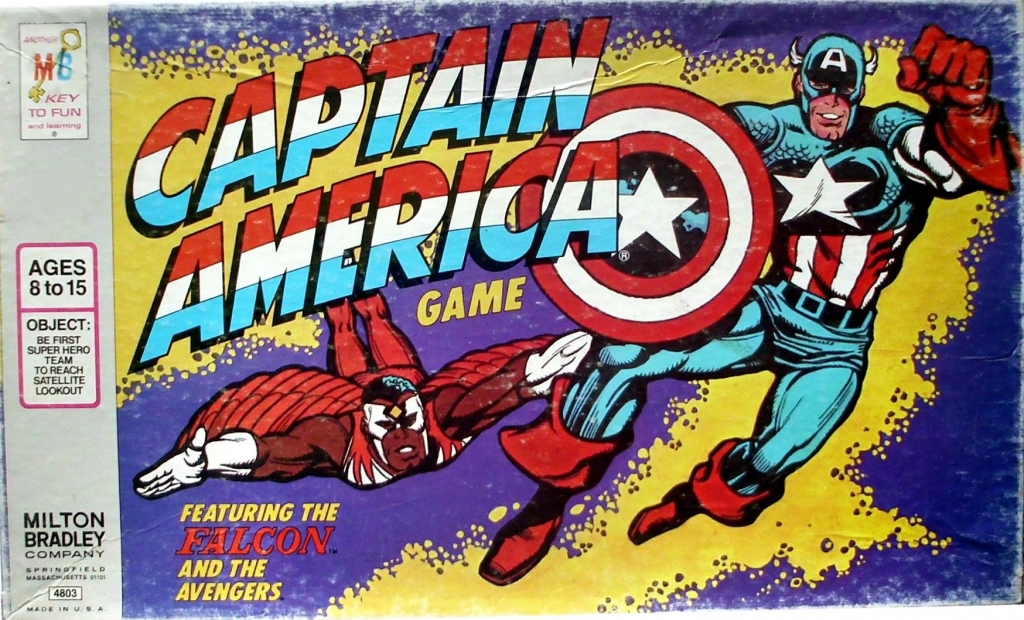 “Wonderful!” Vilona said. “And since I’m the secret board game mastermind here, I think the first step should be to decide how much of the budget will go towards designing the board’s background art.” Milton, Vilona and the intern, who was stripped of their name, thought for a moment.

“…95 percent?” The intern with no identity asked. 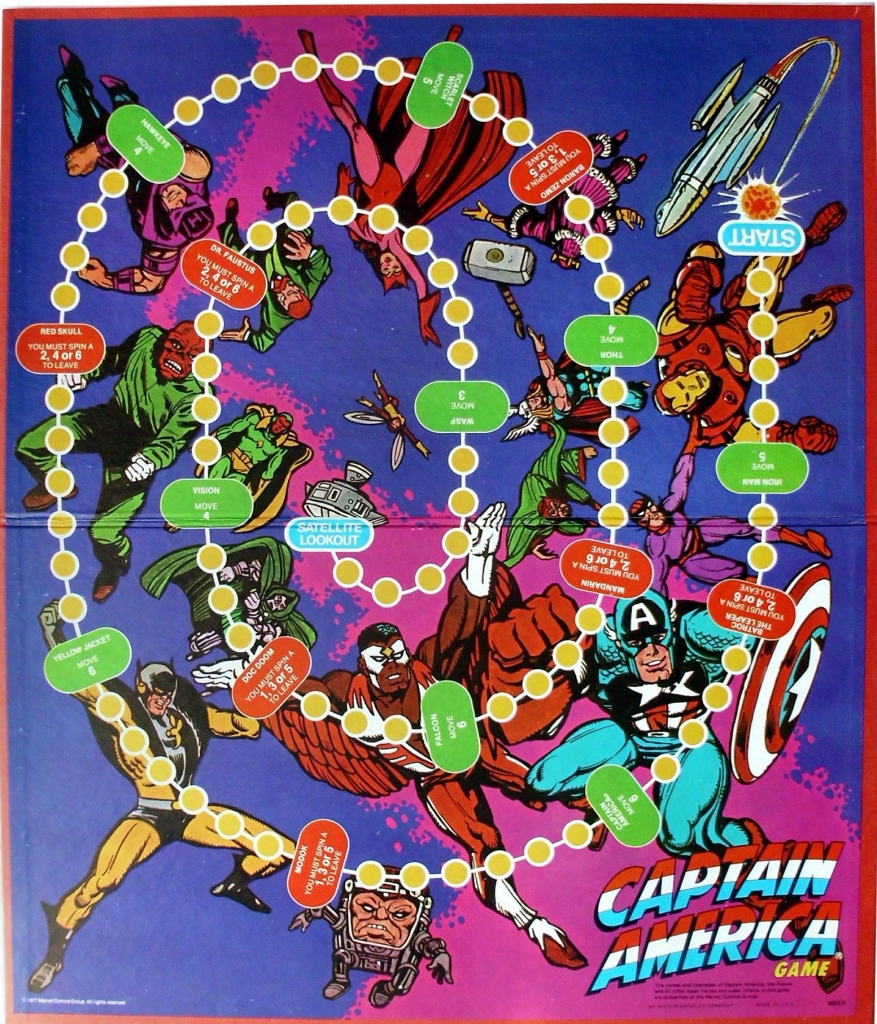 “Excellent!” Milton exclaimed. “The remaining 5 percent can go towards doing a science to figure out how to make green octagons into red ovals, yellow rectangles into green ovals and red dots into blue dots.”

“YOU MAD MAN!” his wife cried, tears streaming down her face. “It can’t be done! Not after…. last time….” Vilona stared pensively at the intern, recounting the horrors of a time she wished she could forget. “Unless…” she pondered, “What if the dots were yellow instead?”

“By gum, that just might work!” They all shouted in perfect unison, which was really unsettling, actually.

And that’s the story of how Captain America got a 1977 re-release of his 1966 board game with no fundamental rule changes at all. Plus, this one didn’t even come with a comic book, as the first one did. 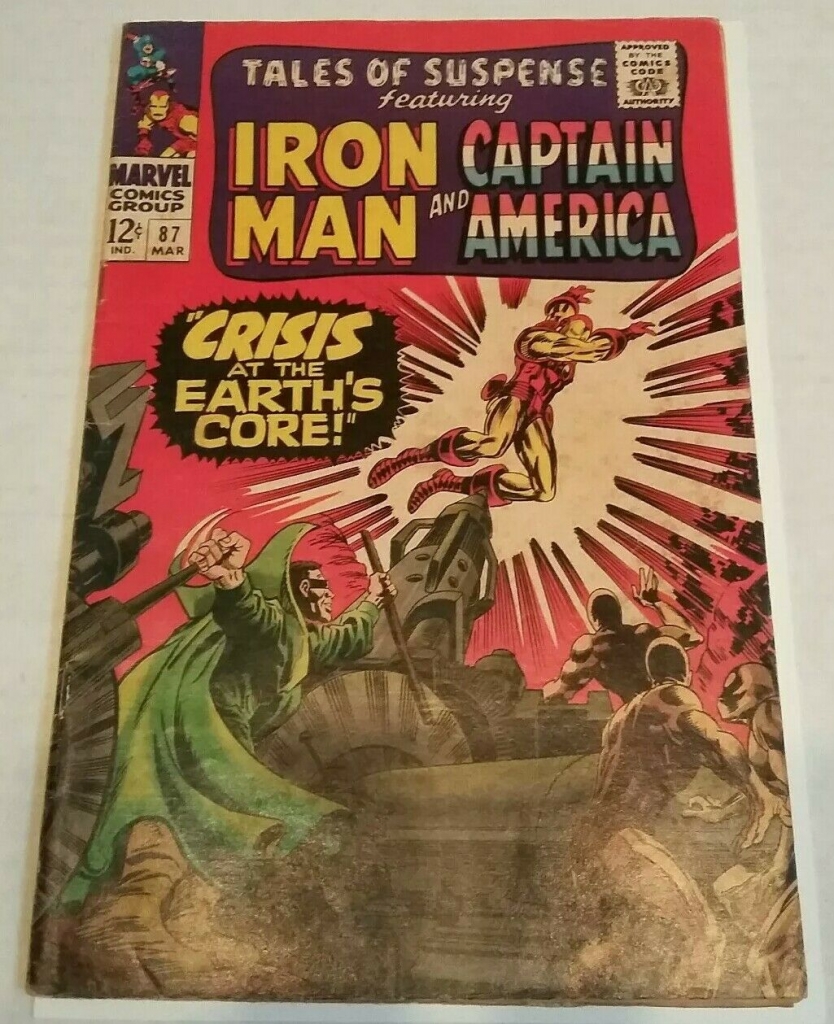