Starfinder: Explore A Lightless Ruin Deep In The Heart Of A Sun

Starfinder is really kicking up the ‘exotic locale’ game with their Dawn of Flame Adventure Path. Take a look at Ezorod, a lightless ruin buried deep within a sun…

The Blind City will see adventurers venture into “a deep-sun locale” where they’ll engage in some high-stakes adventuring with far-reaching consequences. These are some operatic adventures, with impossible technologies, fantastic vistas, and ancient evils being unleashed from the hearts of stars. If you’re looking for something with that epic feeling–the Dawn of Flame adventure path satisfies. 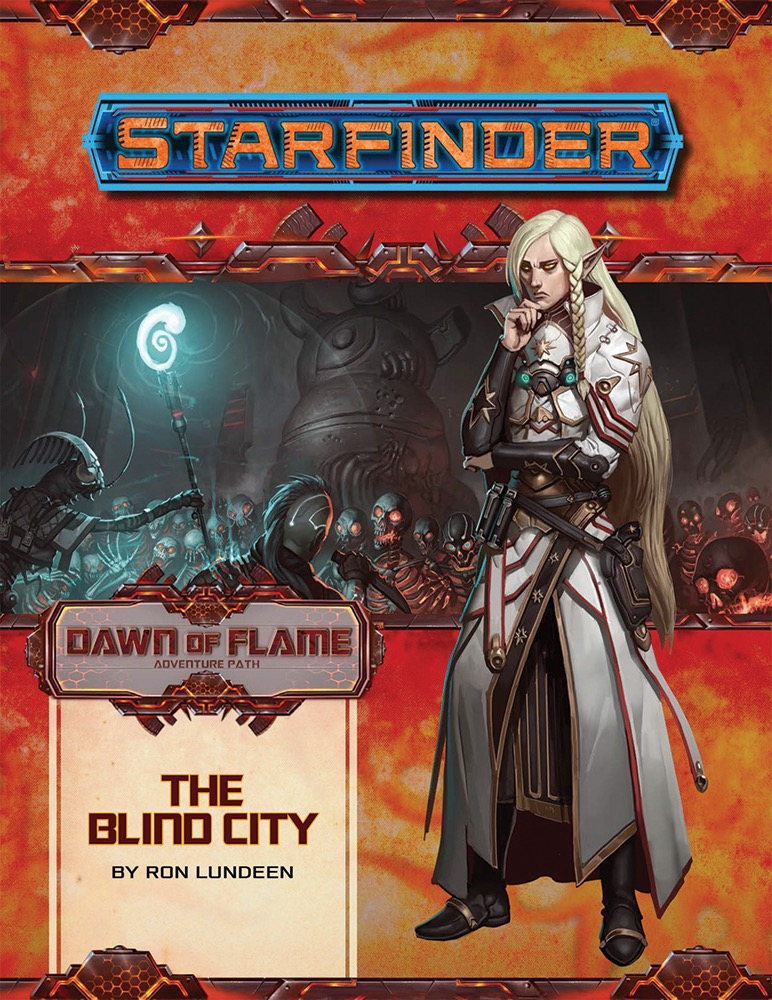 Trapped in the Dark

When the heroes seek an expert to translate an ancient, eldritch tablet, a sinister cult strikes from out of the shadows, intent on destroying the relic and all who know of its existence. After facing off against these zealots and deciphering the tablet, the heroes learn of another deep-sun locale called Ezorod—and the evil elder entity that has focused its attention there. The heroes quickly discover that the tablet is both a map and a key to Ezorod, allowing them to enter and explore this weird and lightless oubliette. There they will encounter ghastly creatures and uncover sophisticated technology that could advance sun-diving by light-years. But even if the PCs manage to escape the deadly solar dungeon, they’ll be forced to wonder about the malevolent being they have unleashed upon the galaxy—even as they receive a mysterious message heralding a future confrontation!