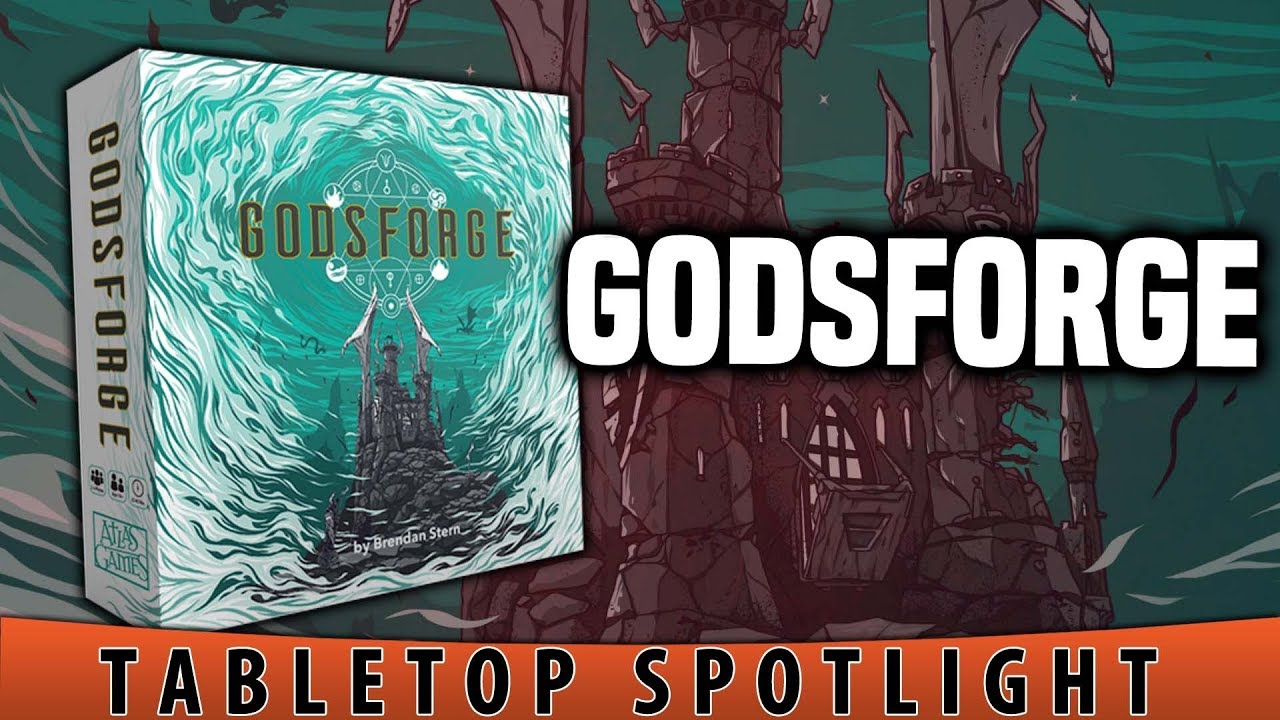 Controlling fire and earth is cool, but when’s the last time you controlled Bloodstone and Mithril?

Godsforge is a competitive combat game with dice rolling, hand management and Yahtzee-style kind of game play. The goal of each player is to the last wizard standing, which they do by casting spell cards which use dice rolls to be cast.

In Godsforge, each player is attempting to cast spells and craft items from the cards in their hand. Each card requires specific combinations of dice rolls to be cast. Some cards require specific die results(2, 3, etc…) while others require specific combinations (2 even numbers, 4 of a kind, etc…). Die rolls of 1 are totally wildcard, and die results of 6 grant a special resource which can be used to empower spells. 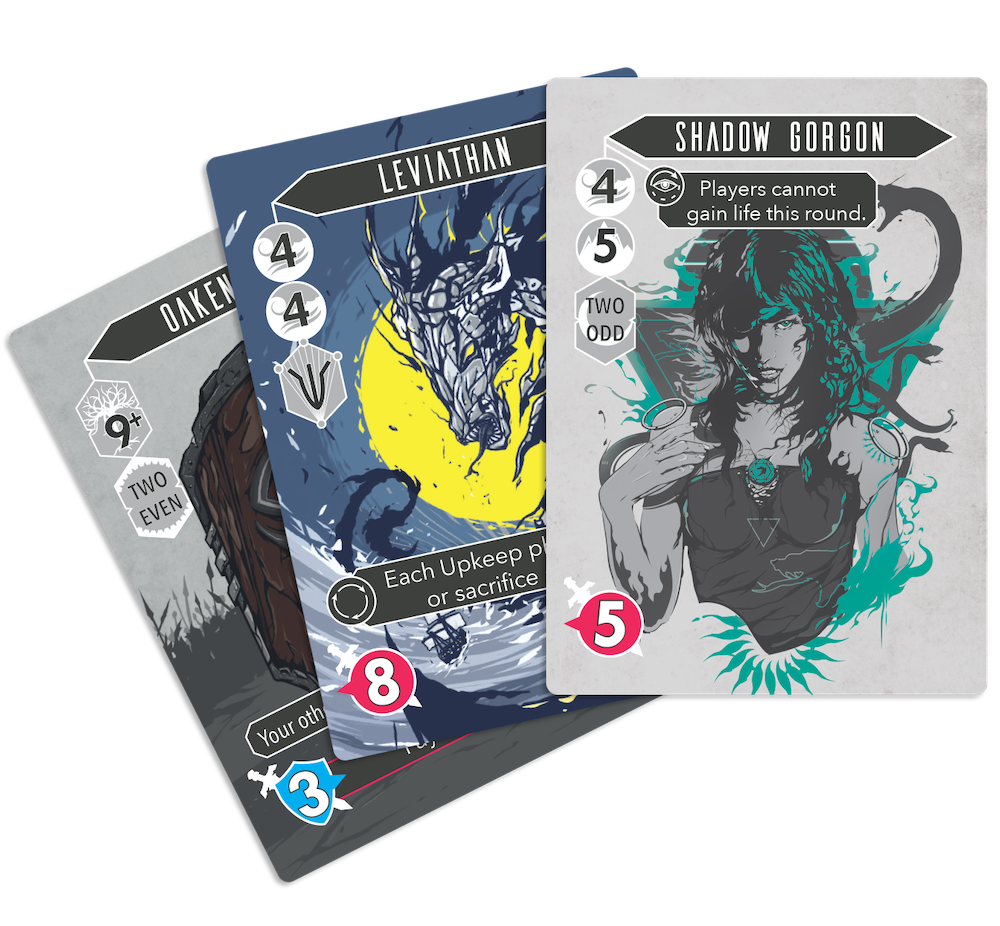 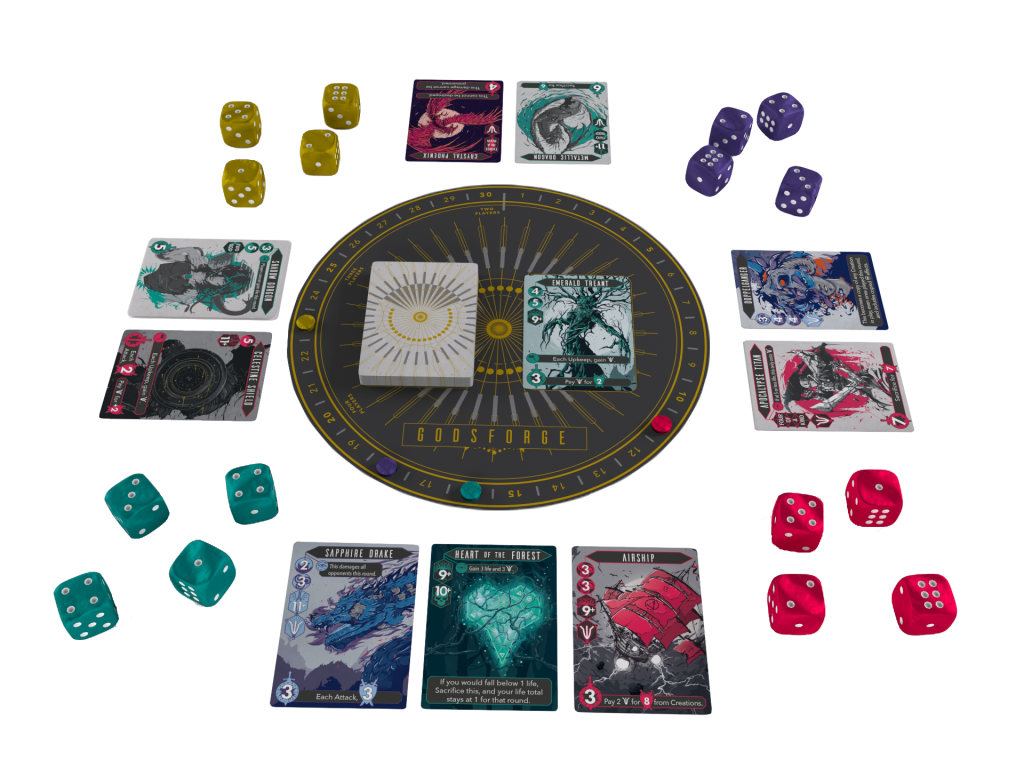 Overall, Godsforge is a cinch to pick up and start playing with only a few minutes to teaching. With just the right amount of luck-versus-skill, Godsforge will appeal to players of all types. 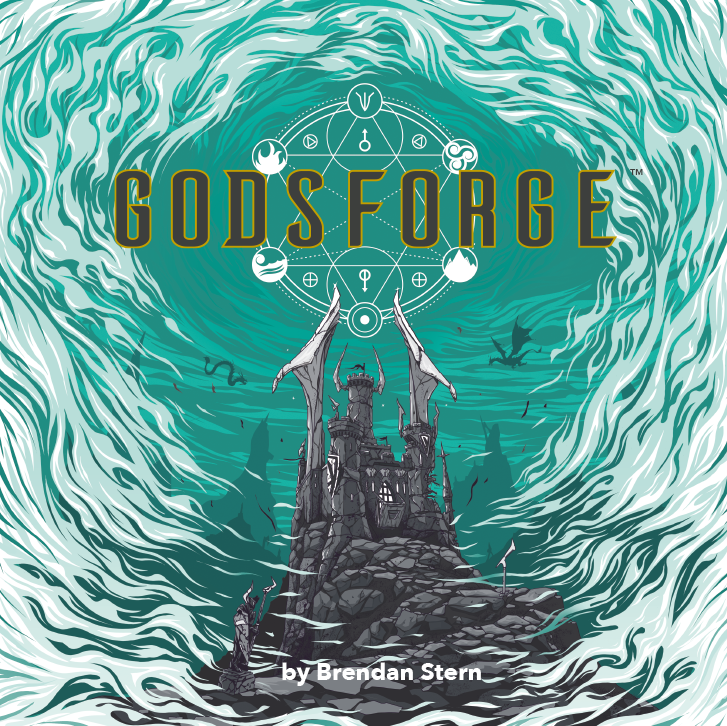 Casting spells is fast and fun. Roll your dice then combine, re-roll, and re-combine the results to forge the elements you need to play the best card, right now.

Features simultaneous play. Everyone rolls their dice, crafts their spells, and launches their attacks at the same time.

Straightforward multiplayer where everyone attacks to the left and defends to the right, foiling would-be kingmakers.

Author: Matt Sall
Matt has loved games of all kinds his whole life: board, video, war, roleplaying. He's worked as a writer for BoLS since 2017. He's worked as freelance editor for board game rulebooks and has designed many of his own games as well.
Advertisement
Board Games Rules Tabletop News Tabletop Spotlight Videos
Advertisement 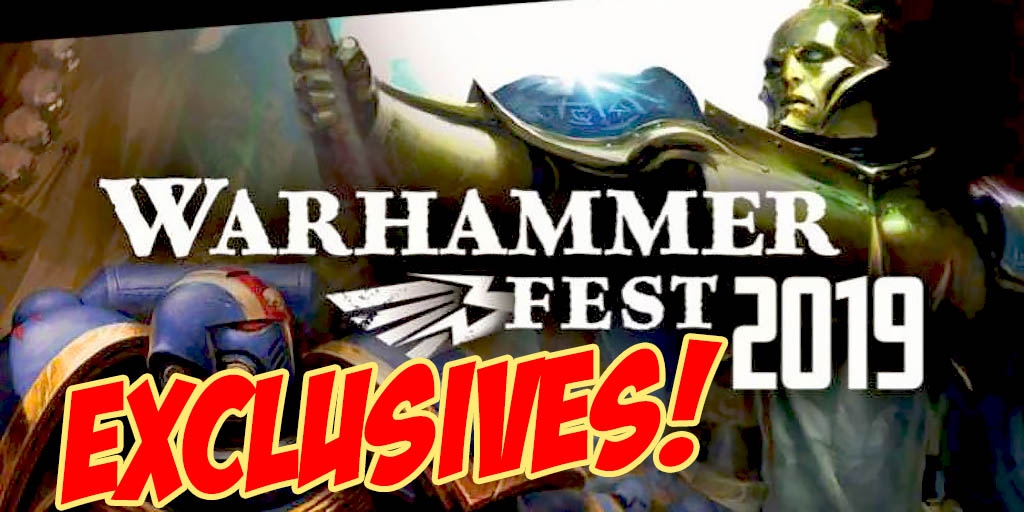