It was bound to happen, and now it has. There’s an unpainted Funko PoP! Space Marine coming Warhammer Day. Now you can get the full Warhammer Experience with your Funko POP! collection, including letting your model sit unpainted on the shelf next to your paints, mocking you. This is kind of amazing though–let’s take a look. 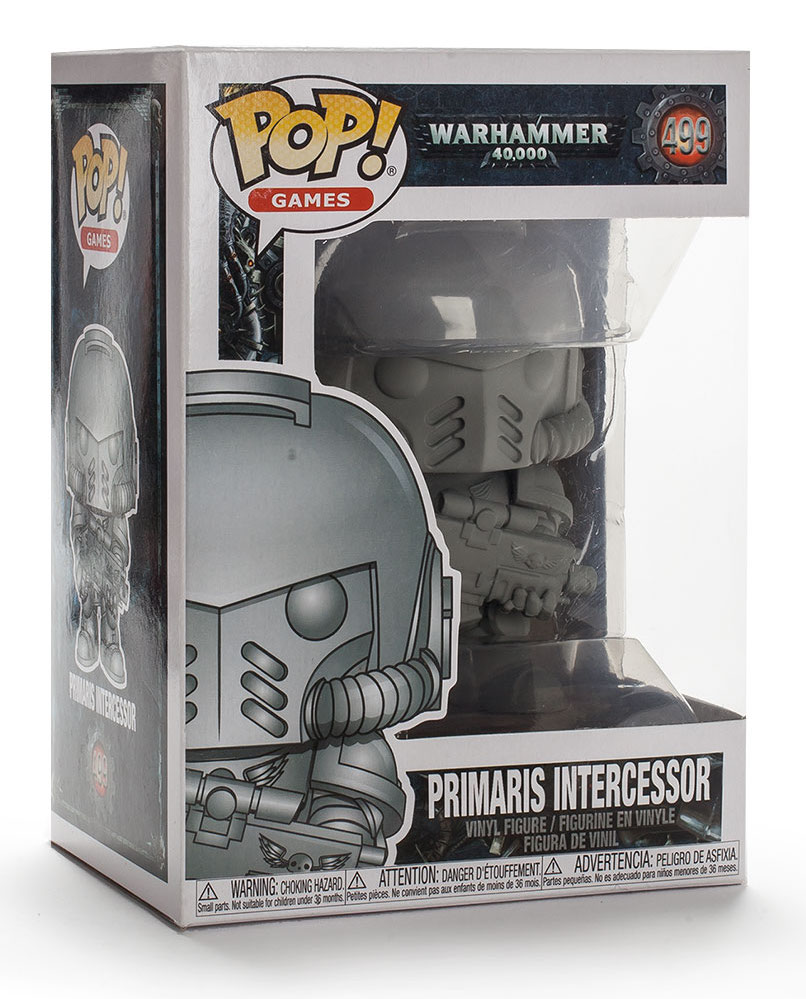 As part of our global Warhammer Day celebrations on the 29th of June, a brand-new unpainted Funko POP! Space Marine Intercessor is going to be available!

This new Funko POP! will only be available while stocks last in Warhammer and Games Workshop stores, and from Games-Workshop.com, and will first be available on Warhammer Day – the 29th of June. Duncan has even made this handy video to give you some tips on painting your own.

The Funko POP! Marines are quickly becoming a hit wherever they are–it’s been so interesting seeing them rocket up in popularity. But we’re here for it. They are a cool way to rep your favorite Chapter, and that’s one thing GW has really locked in–even if you never touch Imperial Models except to remove them ignominiously after your Flyrant guns them down, you have a favorite Chapter. It might be Loyalist Marines or Heretics, or some weird obscure Chapter that was around and faded into obscurity outside of one mention in the early 2000’s. And now you can bring your favorite Chapter right to your desk, or wherever your Funko POP! happens to sit.