40K: Spear Of The Emperor Strikes – This Time In Hardback

Now you can get your hands on the Spear of the Emperor in whatever format you like: hardback, paperback, audiobook, ebook. You name it.

Spear of the Emperor is Aaron Dembski-Bowden’s tragic saga of the long, slow decline of the Emperor’s Spears. Once-proud, they have slowly become drawn into a long crusade–not just to defend the galaxy, but to keep their chapter alive. Out in the region of space known as Elara’s Vale, the Emperor’s Spears struggle to turn back the tide of Chaos, but also to hang on to their own uniqueness in the face of ceaseless, uncaring war. Come check it out! 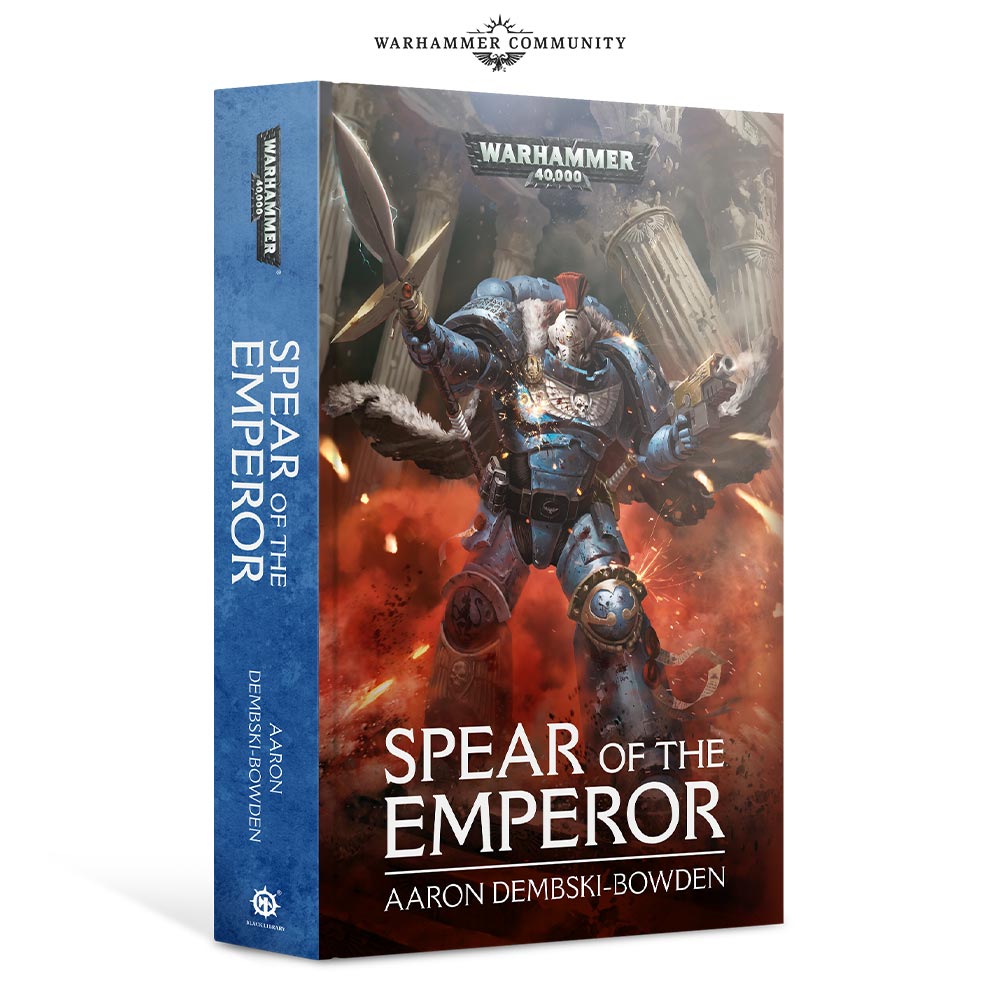 The Emperor’s Spears are a Chapter on the edge of destruction, last watchmen over the Elara’s Veil nebula. Now, the decisions of one man, Amadeus Kaias Incarius of the Mentor Legion, will determine the Chapter’s fate…

READ IT BECAUSE
Aaron Dembski-Bowden has turned his attention to creating (and maybe destroying) a Space Marine Chapter in detail, and this is your chance to discover their fate.

THE STORY
The scattered worlds of the Elara’s Veil nebula were once protected by the oath of unity sworn by three mighty Chapters of the Adeptus Astartes. The Star Scorpions were undone by flaws in their genetic coding. The Celestial Lions were ravaged by the Inquisition for sins they did not commit. Now, after hundreds of years, only the Emperor’s Spears still keep their vigil. They are barbarian watchmen against the Outer Dark; bloodied but unbroken in their long duty.

Amadeus Kaias Incarius, a brother of the Mentor Legion, is commanded to cross the Great Rift and assess the Spears’ war-readiness, only to be drawn into the chaotic plight of a depleted crusade on the Imperium’s benighted frontier. The decisions he makes, far from the God-Emperor’s light, will decide the fate of the war-torn Chapter.

40K: The Tyranid Menace In Movies