D&D: The Most Popular Alignment Is… 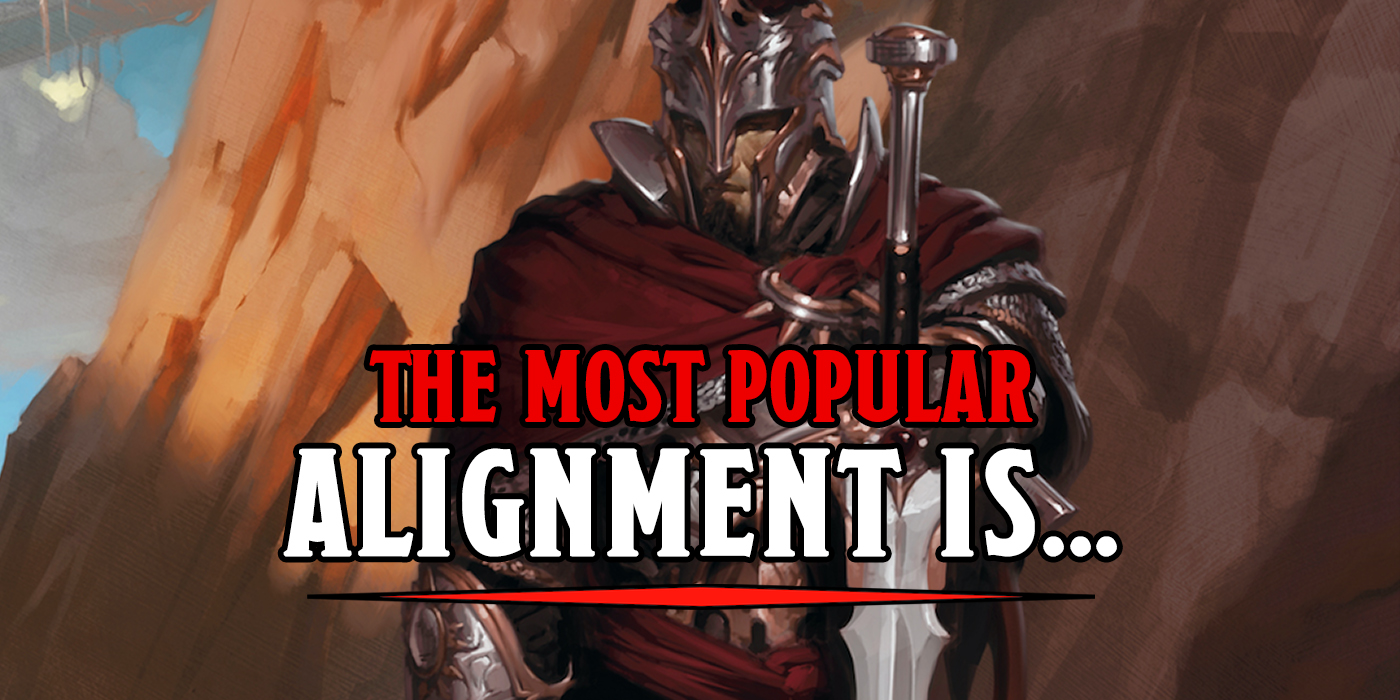 The results are in, according to D&D Beyond’s usage data, and the most popular alignment in the game says a lot about its playerbase.

Namely that ya’ll are a bunch of heroes who don’t like to play by the rules, but that you’ll have a heart of gold at the end of the day. Or that you want to be nominally good but also still allowed to kill the villain if they surrender, because that jerk had it coming and your conceptions of what lawful good are tend to be more in line with Lawful Stupid, but we won’t dwell on it too much. The most popular alignment–again, according to D&D Beyond’s user data, which is a sizable chunk of change–is Chaotic Good. 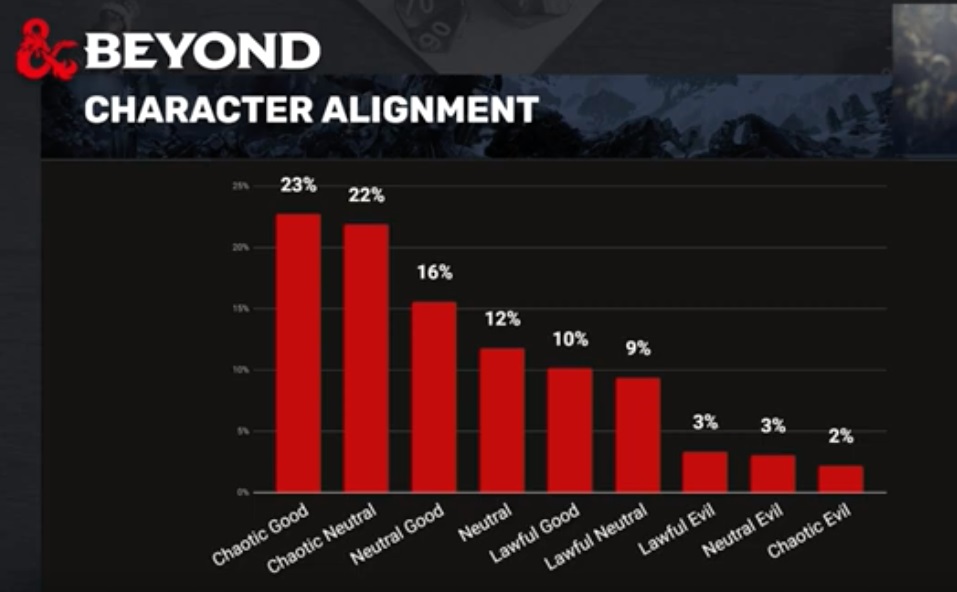 Looks like you people just don’t want to play by the rules. Which is fine–but I mean come on, we have to live in a society. Still, Chaotic Good is a delightful surprise, considering some of the campaigns I’ve played in. It’s nice to know that, on the whole, it all comes out good in the wash. There’s something oddly comforting about that. You can find this segment, and a whole bunch more of what lies in store for D&D Beyond in the full developer update.

It does bear mentioning though, that the second most popular alignment is Chaotic “Mercy? You wanted mercy?! I’M CHAOTIC NEUTRAL RAAAAGH” Neutral. So the more things change, the more they stay the same, I guess.

Assuming of course that everyone has a clear idea of what Chaotic Good means; after all the alignments mean different things to different people. One person’s Neutral Good is another person’s Neutral and all that. Still, it feels like the overall trend is that D&D characters are good people.