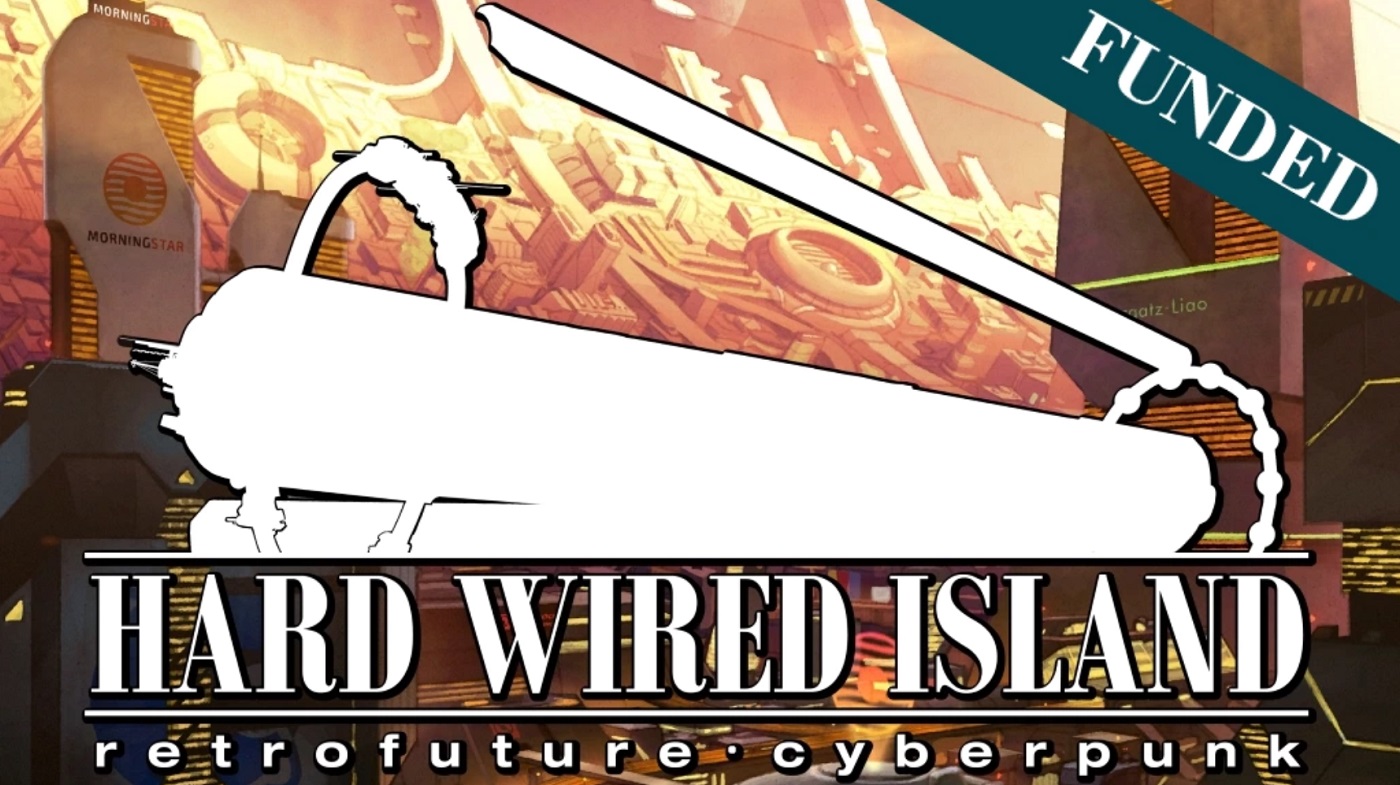 With a bunch of style, heart, and humor, Hard Wired Island is a Cyberpunk RPG inspired by 90s anime and it is as glorious as you’d think it is.

With E3 under wraps, one of the big announcements was that Cyberpunk 2077 is coming out in the actual year 2020. And with a new game from R. Talsorian in the works, it feels like the gaming populace as a whole is getting ready to launch, with another successful Kickstarter winding down. This one, Hard Wired Island, is inspired by 90’s anime as well as classic Cyberpunk to bring you a setting that feels pretty vibrant. 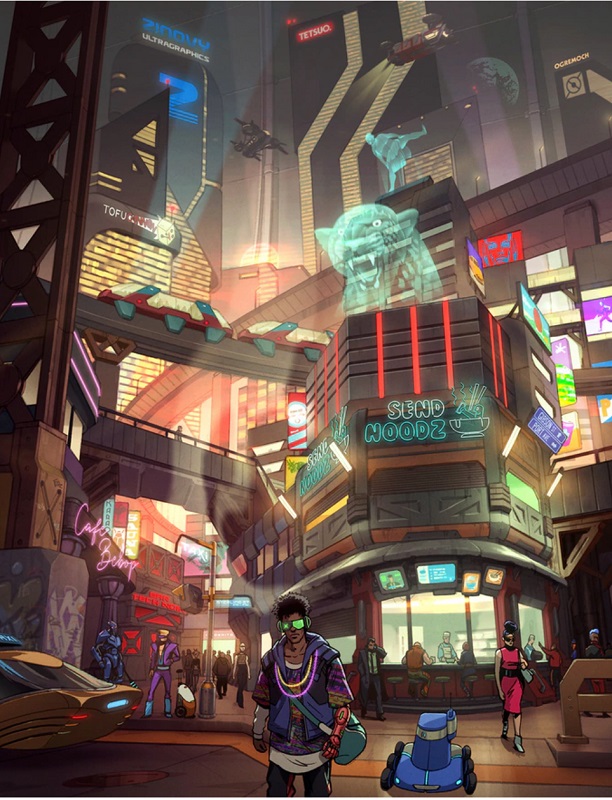 Check out that art. There’s a lot of heart, character, and humor in there. And the game really highlights the Punk in Cyberpunk, which is nice to see. Instead of getting hung up on how your character is able to afford the various pieces of tech they’re grafting to their body, Hard Wired Island instead focuses on how the system keeps you down. Like the original works in the genre, Hard Wired Island presents a world of technology ungoverned by ethics, where capitalism and greed run rampant. And it makes Hard Wired Island stand out.

Capitalism? No thanks. Good cyberpunk is anti-capitalist. It’s about how technology without ethics can make social inequality worse. The wealthy use it to cement their power and perpetuate the status quo, while marginalized communities are kept that way. The PCs want to use it to break the current system. They work against their enemies, not for them.

Cyberpunk should be relevant. It is a study of where our society could go in the coming years. The issues faced by people in a cyberpunk setting should have some relevance to issues faced by the audience, even if they’re not the same. Retro future, present problems.

Cybernetics are not inherently good or bad. Like most tech, what matters is how it’s used. In Hard Wired Island the problem is that cybernetics often serves the needs of capital rather than people. Any alienating or dysphoric effects come from being reshaped into some corporation’s property. There is no mechanic that suggests cybernetics make you tainted; instead, the tradeoff of cyberware is adding to your financial burdens.

Cyberpunk is not just an aesthetic. The core concept is not “cool future!”. It shouldn’t just be about the neon-lit adventures of some trenchcoat futurists as they crime their way into wealth and power. Hard Wired Island is about a group of marginalized people using technology to try to change the status quo.

Many perspectives. Good cyberpunk examines how technology and power intersect in many different communities. Being a cyborg doesn’t make you a stand-in for minorities in general, it’s just another axis to your identity. Hard Wired Island examines the everyday communities of Grand Cross and how its issues impact their lives; as a space station in Earth orbit, Grand Cross can include perspectives from all over the world.

You’ll also get a sweet Cyberpunk soundtrack along with the game if you back now. So check out the Kickstarter while there are still a few days left.

How many classic cyberpunk/anime references can you spot in the picture up there?