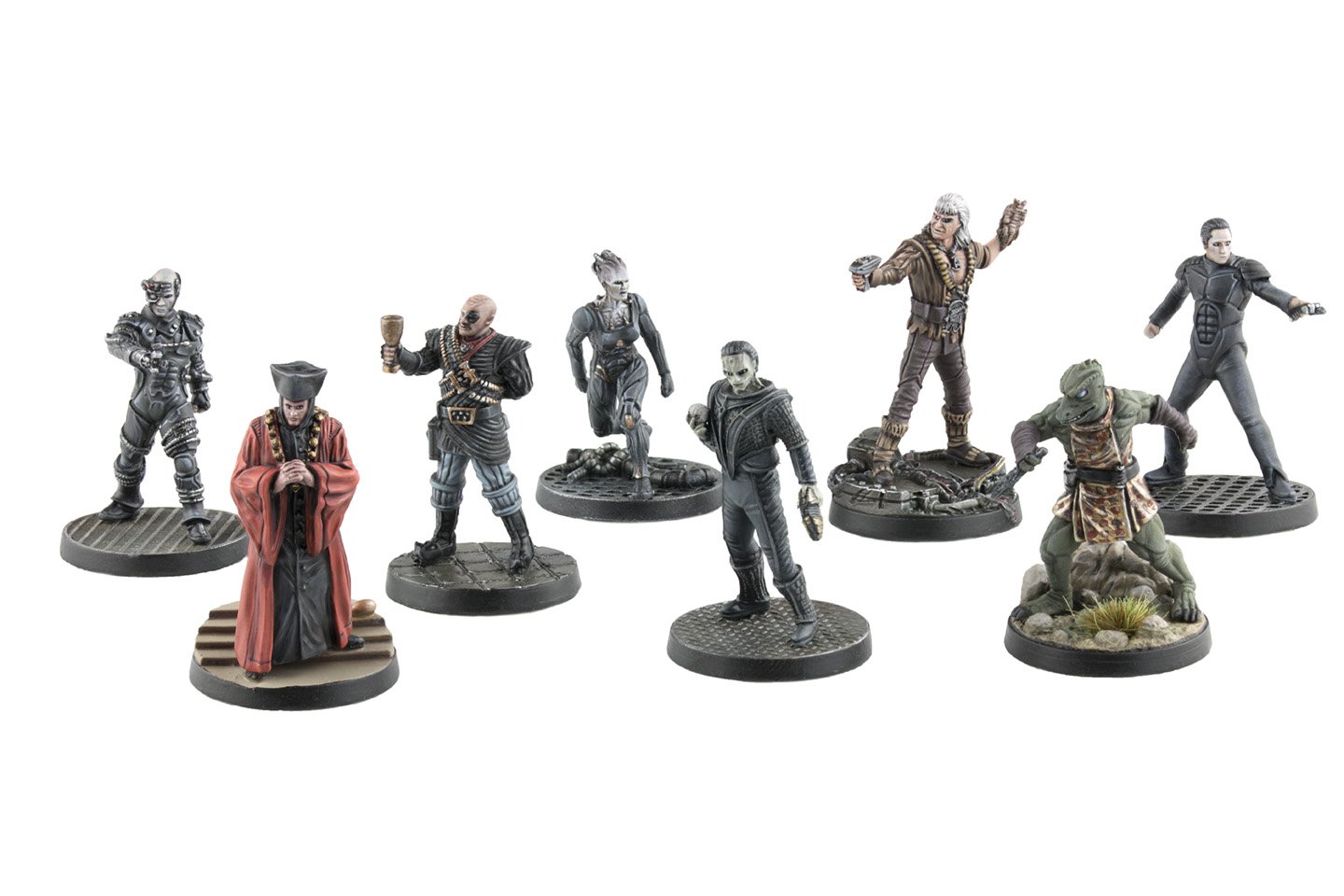 From Q and the Borg Queen to Khan Noonien Singh, classic villains (and a hapless away team) are coming to your tabletop.

And I don’t mean the Blenderman Crumpetron version of Khan either, we’re talking open-shirt Ricardo Montalkhán in all his glory, alongside a slew of classic villains as part of some amazing new miniatures from Modiphius for their Star Trek line. Which, it would be weird if it were for a different line–but these new minis look amazing. Let’s get to ’em!

Finding your weakness is only a matter of time. 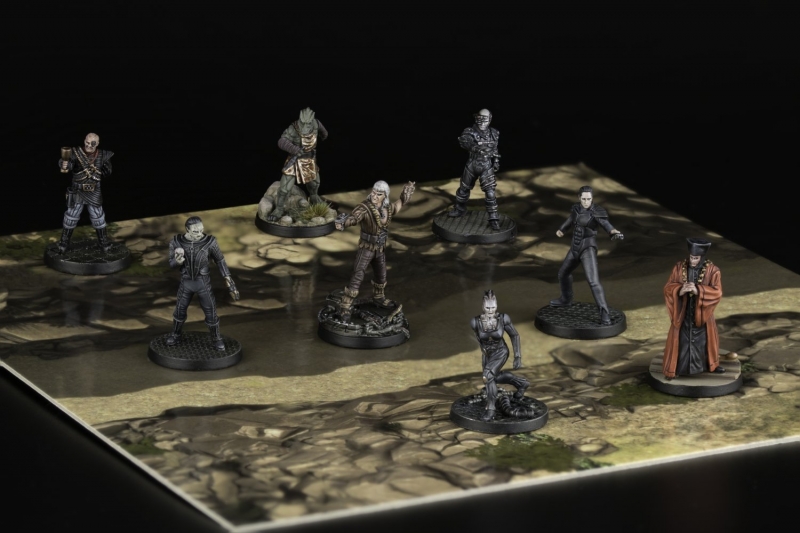 These miniatures are designed for use with the Star Trek Adventures roleplaying game and geomorphic deck tiles. 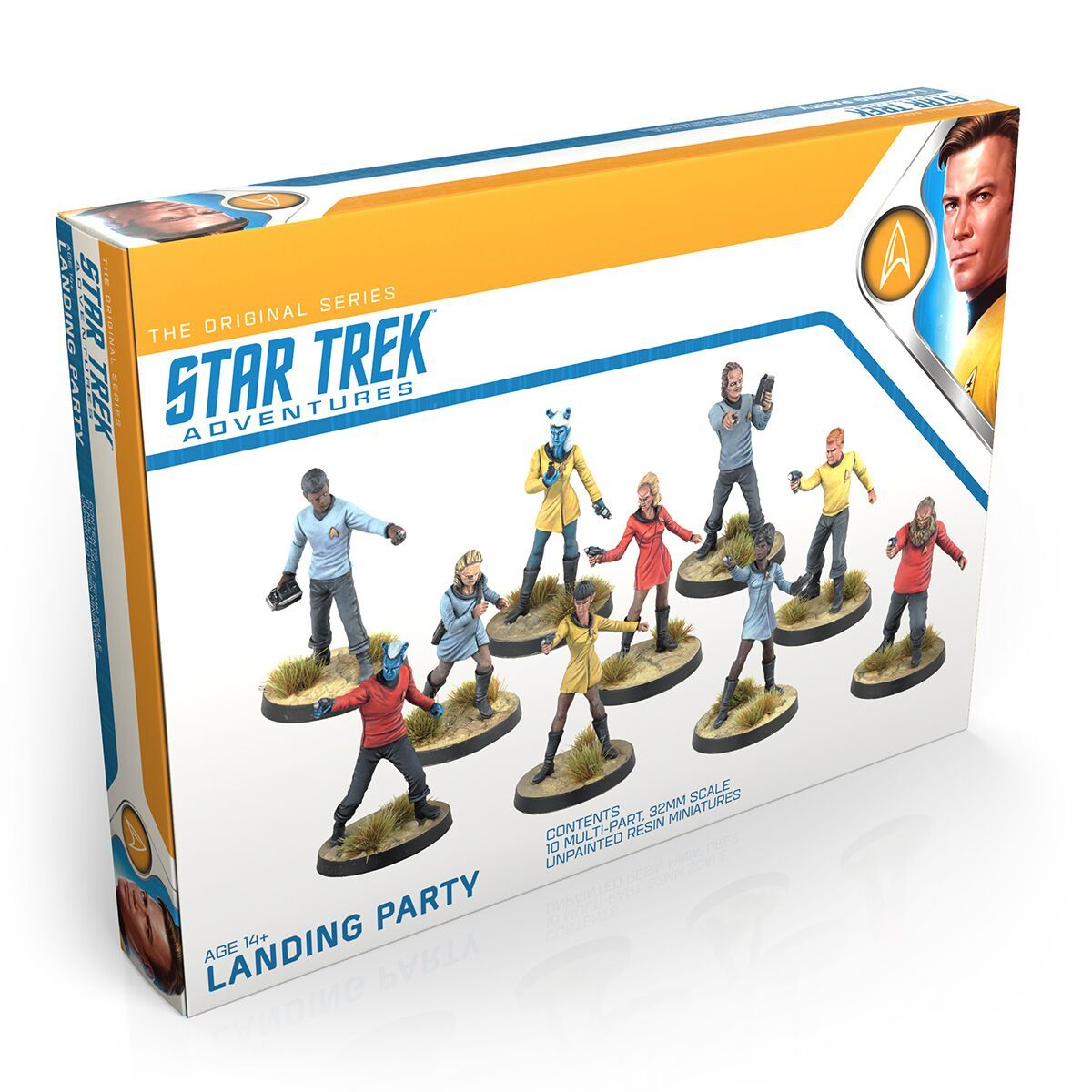 10 highly detailed, 32mm scale, unpainted resin miniatures of an Original Series Starfleet away team for use with Star Trek Adventures the tabletop roleplaying game. This set contains one male officer and one female officer of the Andorian, Denobulan, Tellarite, and Vulcan species, as well as two male humanoid miniatures. 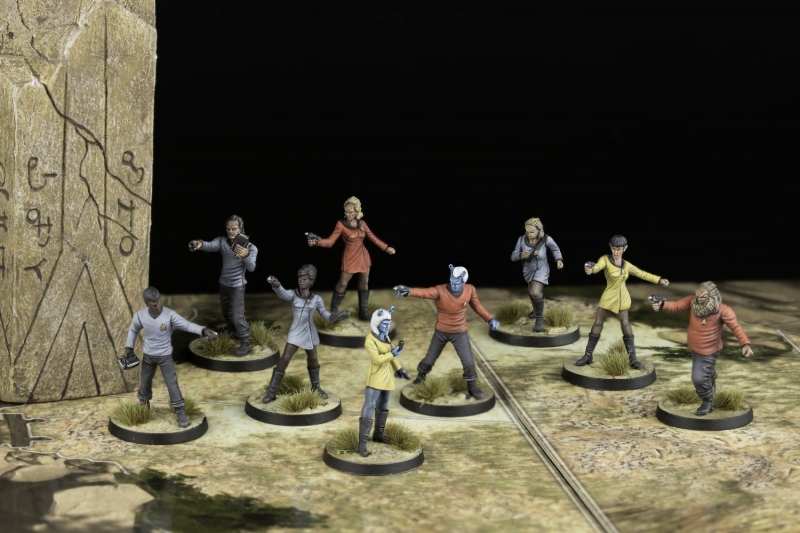 These miniatures are designed for use with the Star Trek Adventures roleplaying game and geomorphic deck tiles.

These miniatures look fantastic. If you haven’t checked out Star Trek Adventures, it’s well worth diving into–the system is tuned to give you that classic Trek feel whatever era you play in, from Enterprise and the Original Series to the DS9/Voyager era, it’s all covered.

Whatever era you play in, now you’ll have some amazing minis for whenever you need red shirts (or whomever) to get cubed!

Author: J.R. Zambrano
Bell of Lost Souls Staff Writer and DM, J.R. covers RPGs of all stripes and on occasion eats sandwiches. You can ask him about either at [email protected]
Advertisement
Miniatures Modiphius RPGs Star Trek
Advertisement 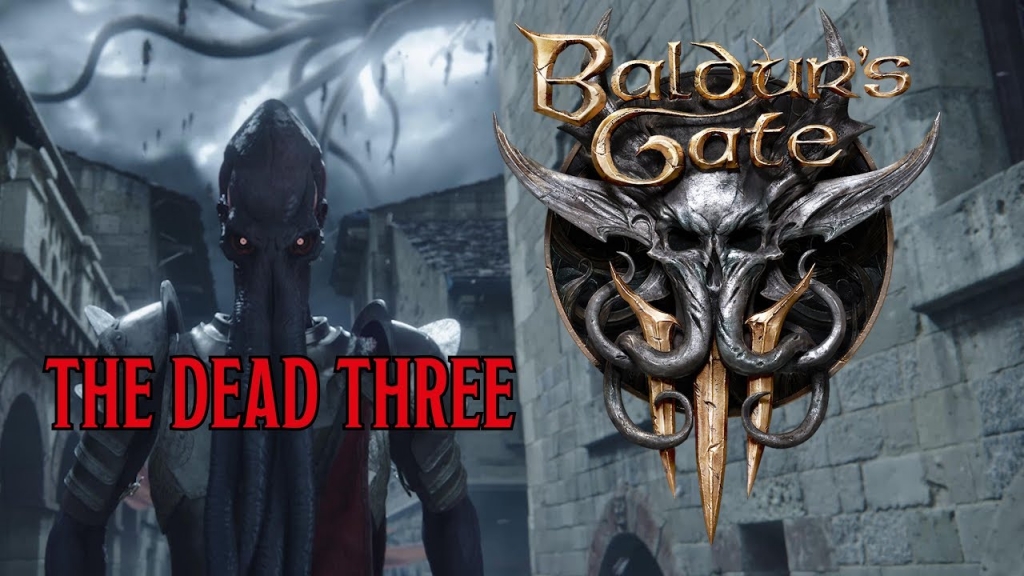