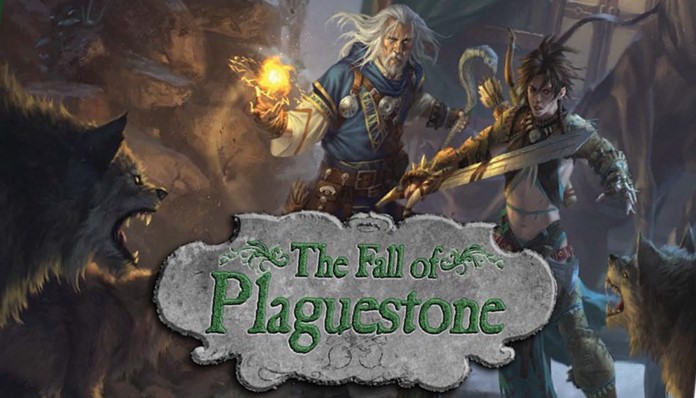 The Fall of Plaguestone is the new introductory adventure to Second Edition Pathfinder. Come explore what’s new and watch out for alchemy!

Pathfinder’s new edition means it’s time for a new 1st-level intro adventure. And it’s here, along with the launch of the core books and everything else. The Fall of Plaguestone starts with a murder in a local village, but as with most Pathfinder adventures, things quickly take a turn and before they know it, the players are caught up in attacks by alchemists, mutants, and strange plagues–nothing is what it seems.

Alchemy is at the heart of this new adventure, which is a great way to show off 2nd Edition’s newest base class, the Alchemist. Alchemy, mutants–you can probably expect some dire foes or alchemically charged encounters. That Pathfinder larger-than-lifeness is still front and center in this new adventure. Let’s take a look!

Pathfinder Adventure: The Fall of Plaguestone – $22.99 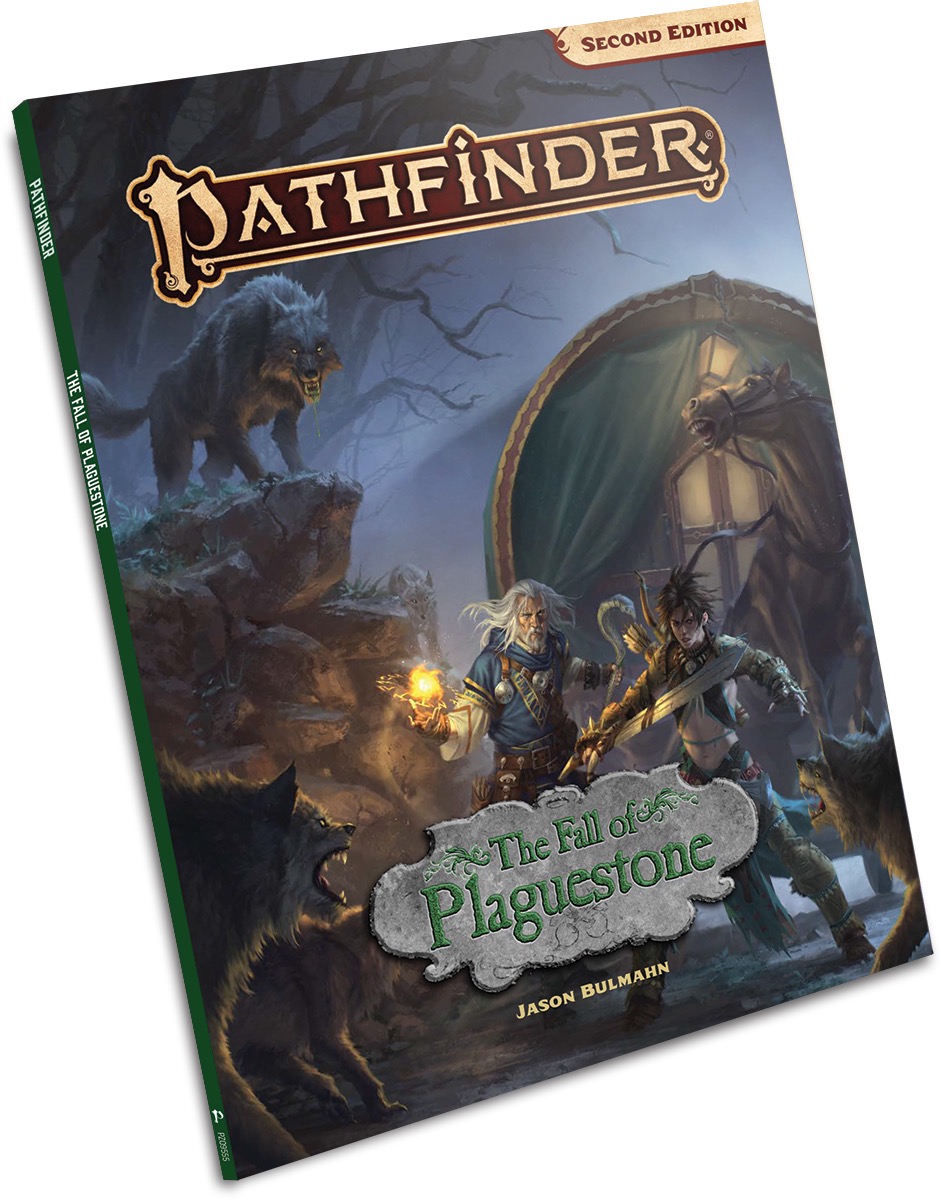 A group of new adventurers traveling through the village of Etran’s Folly—also known as Plaguestone—must come together to solve the murder of a friend. What starts as a simple investigation quickly turns sinister with the discovery of forbidden alchemy, mutant animals, and a nearby forest rotting away due to a mysterious blight. It becomes clear that if these heroes don’t intervene to stop whatever evil is brewing, the fall of Plaguestone is all but certain!

The Fall of Plaguestone is the first standalone adventure for Pathfinder Second Edition, designed for 1st-level characters. It tells the story of how a group of strangers band together to form a group of adventurers while saving the town of Etran’s Folly from a terrifying fate, serving as a perfect introduction to a new Pathfinder campaign!

The Fall of Plague Stone is up for pre-order on July 8th, and the expected release will be August 1st, alongside the new edition.