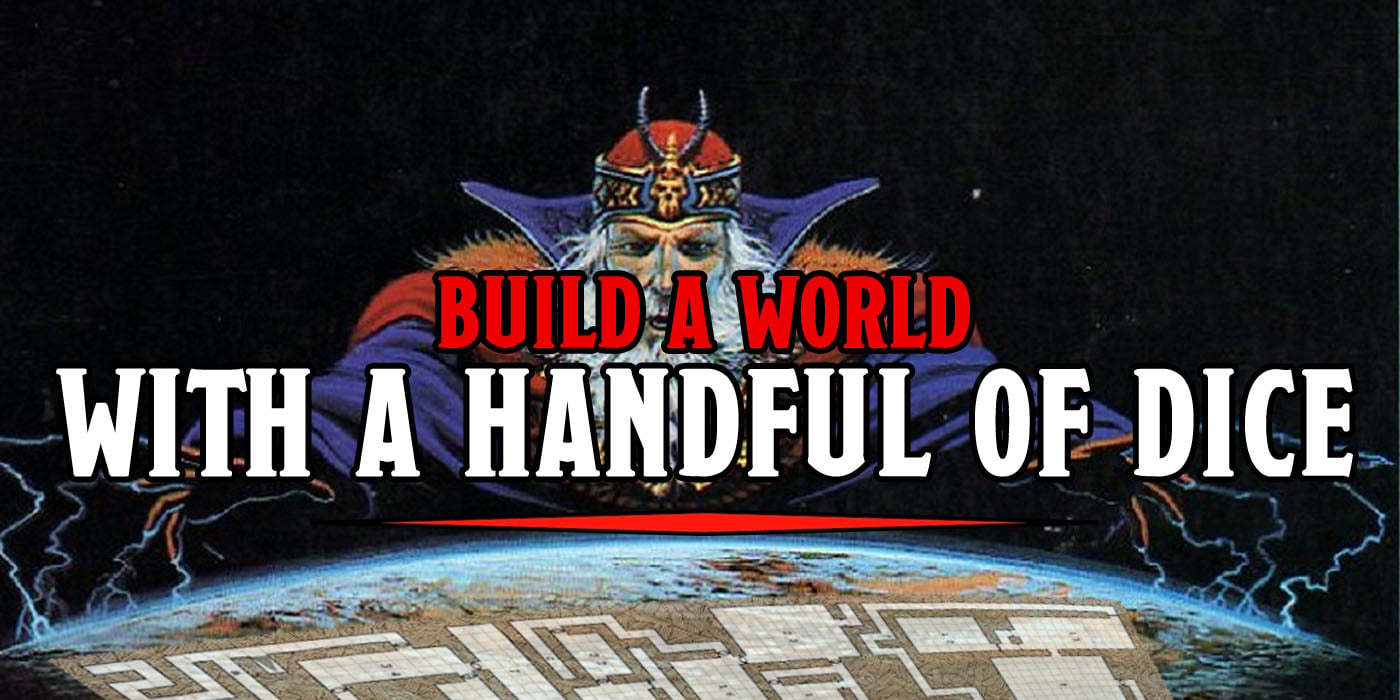 Want to roll all the dice you have and at the same time build a fantastic world for your next campaign? Break out the big bucket–we’ve got work to do.

A procedural generation technique for building your own custom world/campaign map has been making the rounds on the internet, and it’s pretty flippin’ great. Want to build a varied, detailed campaign map in a few short minutes? Grab all of the dice you can fit into your meaty fists and hurl them across the surface of whatever you want to record your map on. It’s pretty ingenuous, take a look.

This comes to us via Claire Blackshaw who, as you can see got it from TikTok user @derosha27, and the technique is one of those so easy it feels like it’s always been around and yet here we are. It’s pretty easy. First you create your key–in this case, it’s d20s for cities, d12s for rivers, d10s for farms, d8s for forests, d6s for mountains, d4s for lakes. 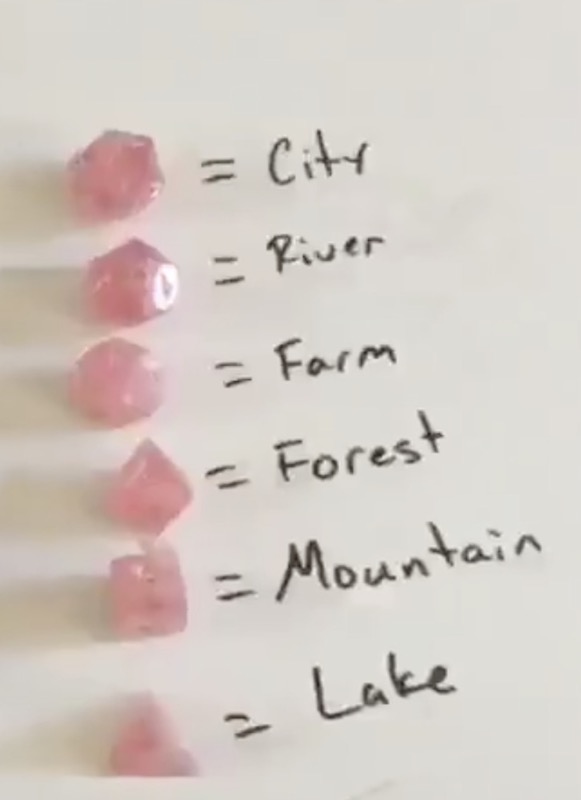 Then all you do is roll the dice and let them fall where they may. In the video, @derosha27 uses a whiteboard, but you could easily do this on any size sheet of paper or a battlemat or whatever you have handy. 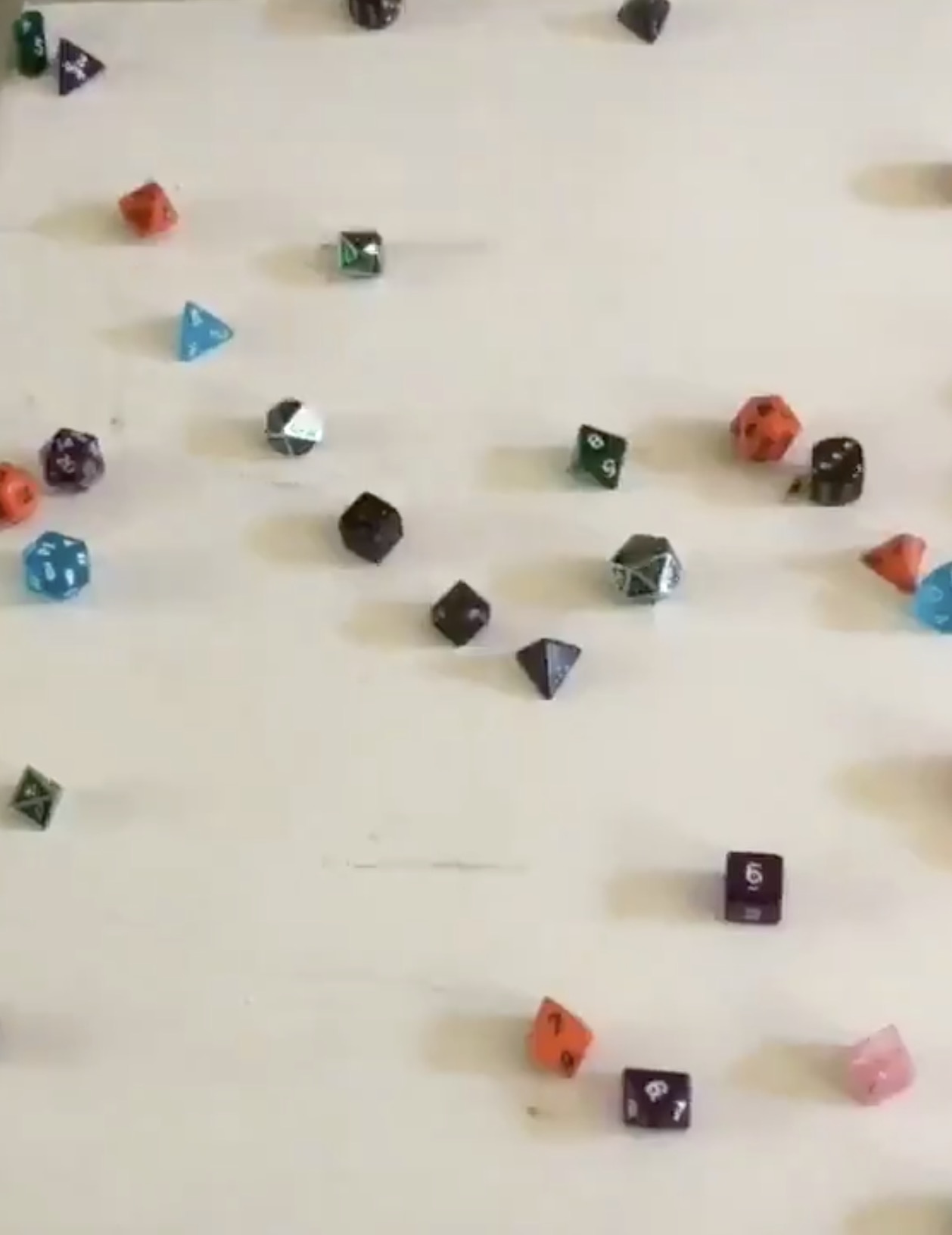 Once the dice have landed, you look for spaces between them and places where they’re clumped together. Outline those and you’ve got a continent and a few surrounding islands ready to go. 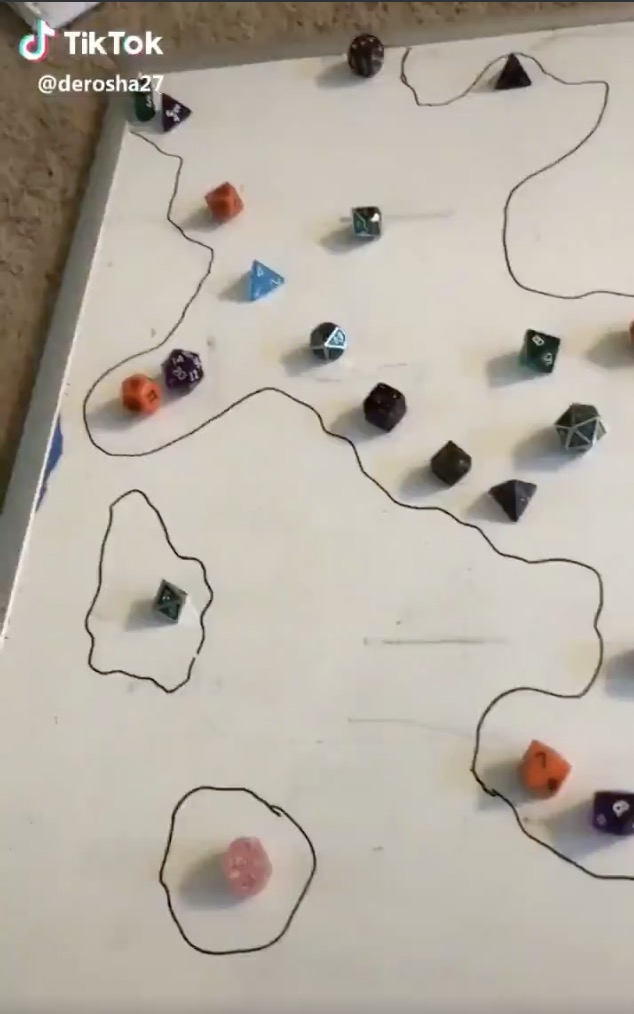 Then all that’s left to do is fill in the map. Start with your cities so that you know where they are–look at what’s around them and you’ve got an idea of not just your landscape, but the character of each of the cities as well. 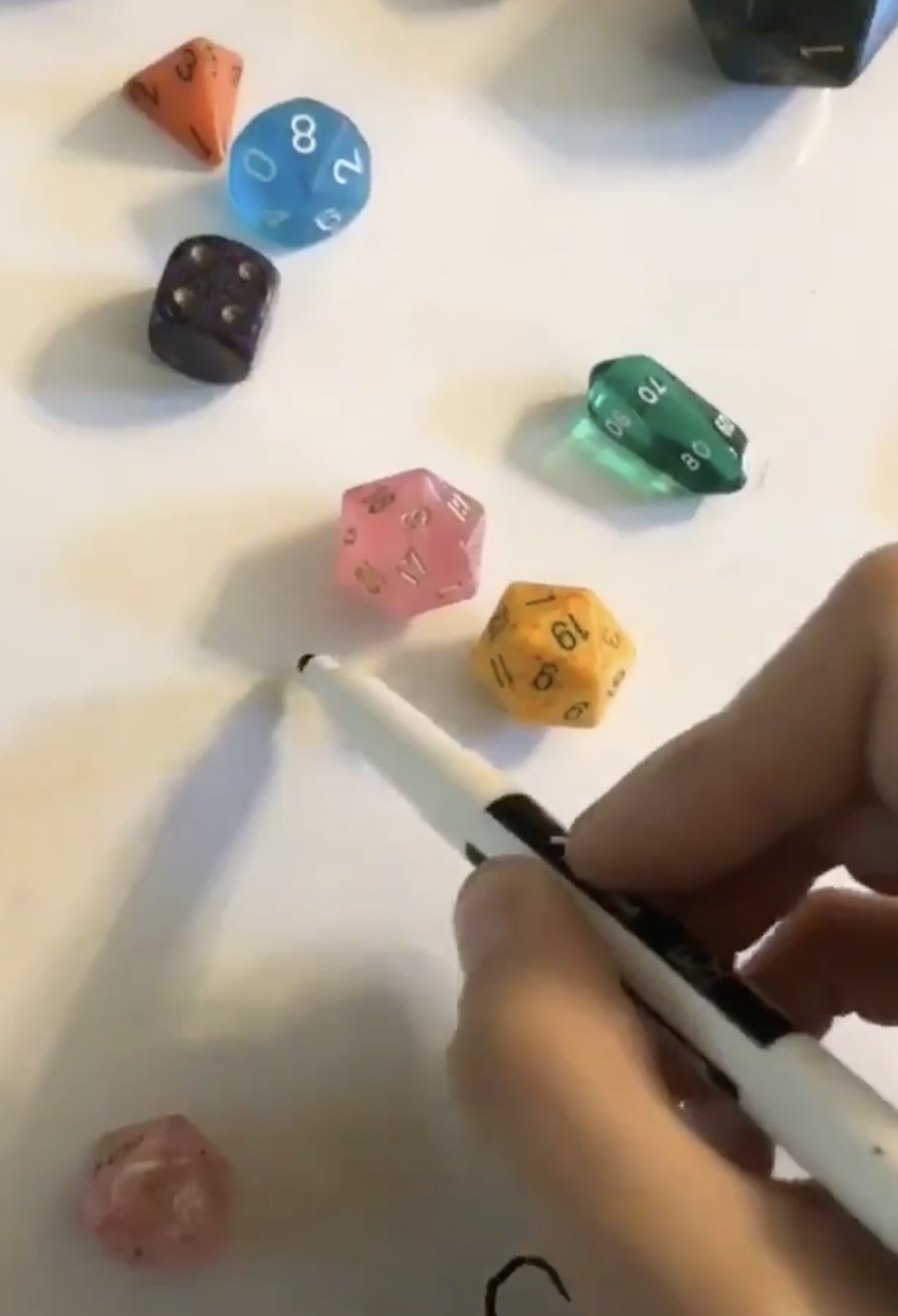 These two cities are close together, near a couple of farms, a mountain, and a lake, for instance, which tells you a lot about what you need to know. Down at another corner of the world, you can see some lakes, a mountain, and some thick forests… 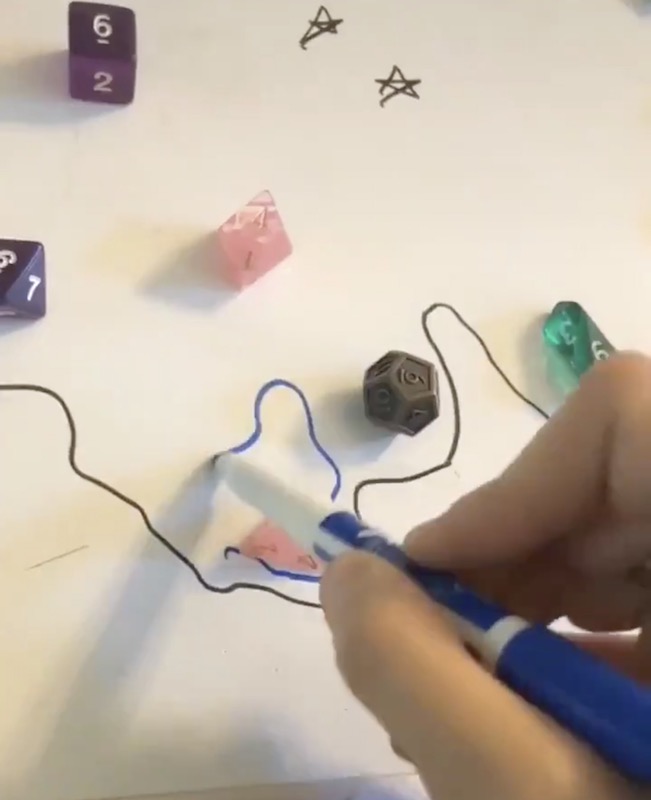 Turn all of that into a batch of details. Draw river systems in between the d12s and you’ve got the waterways of your world ready. 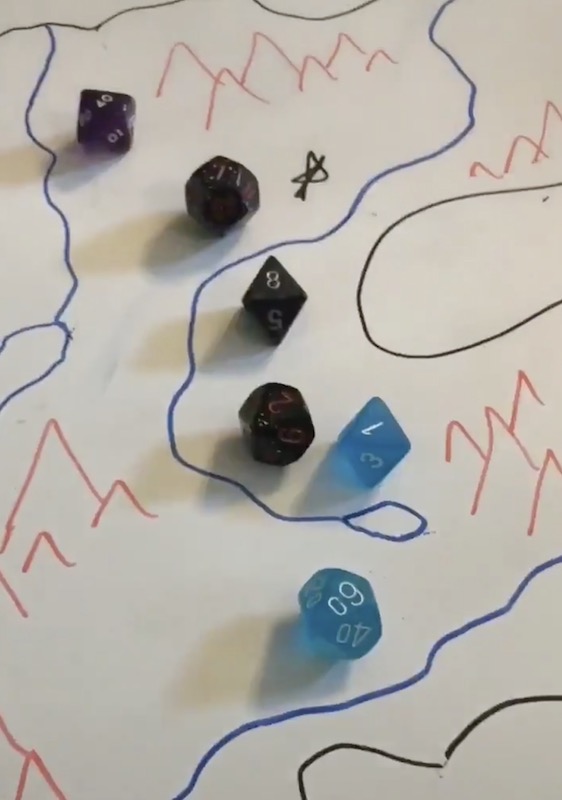 After that it’s just a matter of coloring in the details, adding some shading, and the rest is history. 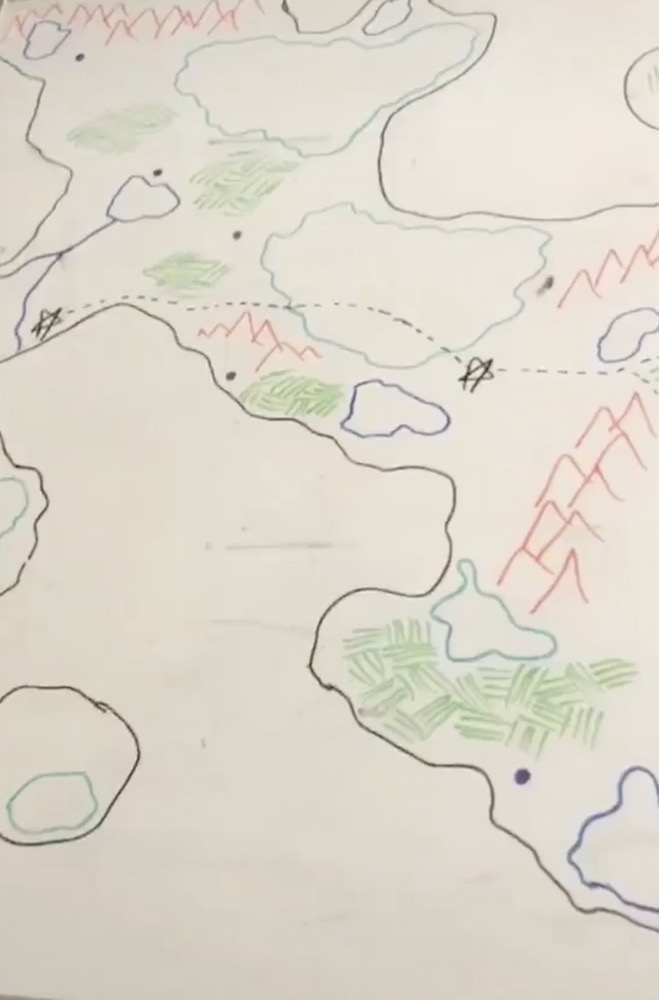 Voila, a campaign map just ready to be adventured in.

What do you think of this method? Build a world with a bucket of dice! Happy Adventuring!