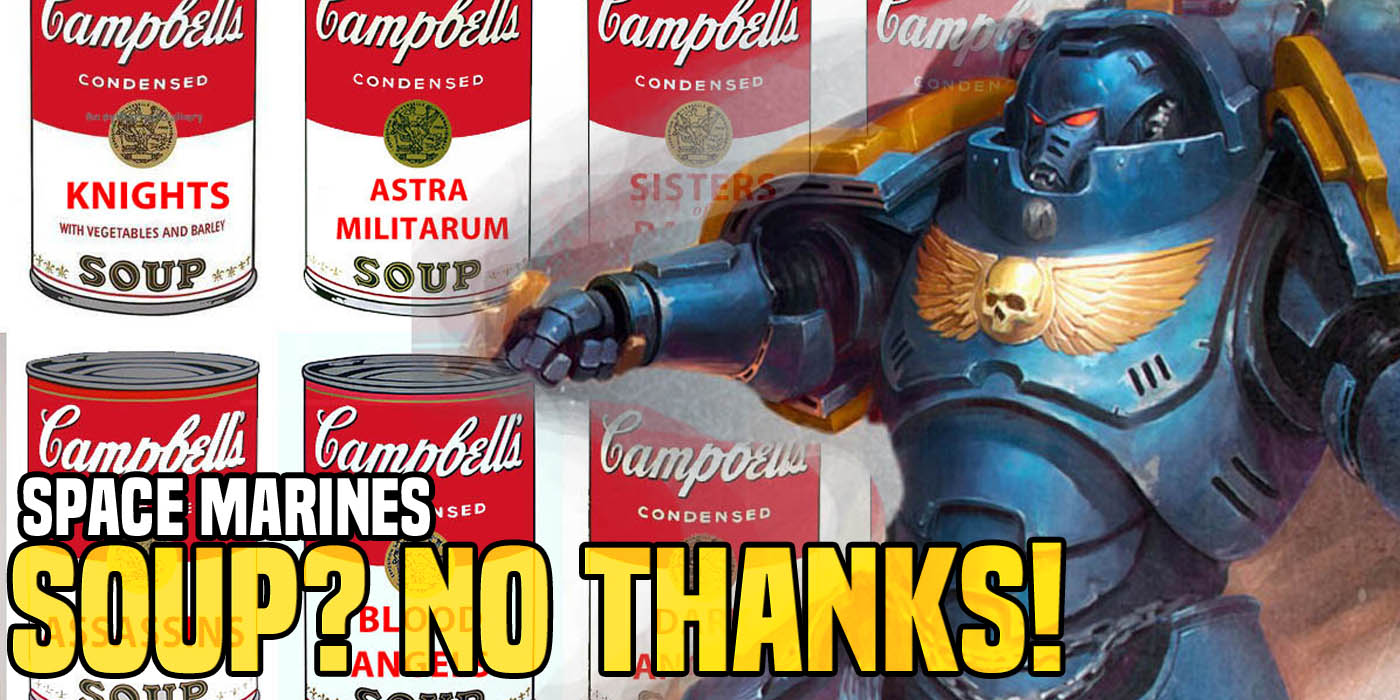 Imperial Soup might still be on the menu, but the recipe is changing. Check out how Space Marines are fighting back!

Space Marines have a new Codex on the way with some really cool abilities. The book really feels like it’s a re-focus on the MARINES in the book and less about particular Primarchs and vehicles that you just want to spam. The plain ol’ Bolters are BACK and the marines have all the tools in their book to accomplish the mission – which is to say, they can kill the enemies of the Emperor. But one enemy we didn’t expect them to take on was the enemy within – Imperial Soup.

You all know it by now – it’s the mix of detachments and units from all over the Imperial Spectrum that coalesces in to something greater than the sum of it’s parts. There are many different ways to create your soup and many different recipes to choose from. But one of the main ingredients has been Space Marines of some form or fashion. Well, the Marines have put their foot down. If you want to run them, you can, but they won’t pack the same punch. All because of the new Doctrines: 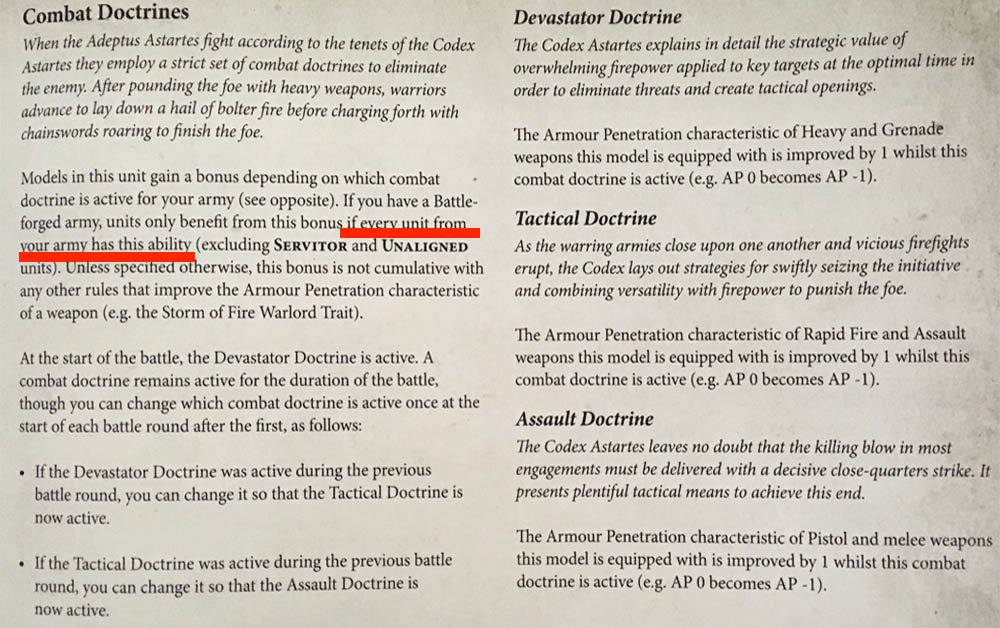 Combat Doctrines are a big part of the codex. Lots of stratagems and units can take advantage of them to become even better. However, that first non-italized paragraph has a very important message.

“If you have a Battle-forged army, units only benefit from [the Combat Doctrines] if every unit from your army has this ability (excluding Servitor and Unaligned units).”

That’s HUGE. Again, that is NOT every unit in the DETACHMENT. It’s every unit in your ARMY. That’s very clear and leaves no wiggle room for any other interpretation. So what are the implications? 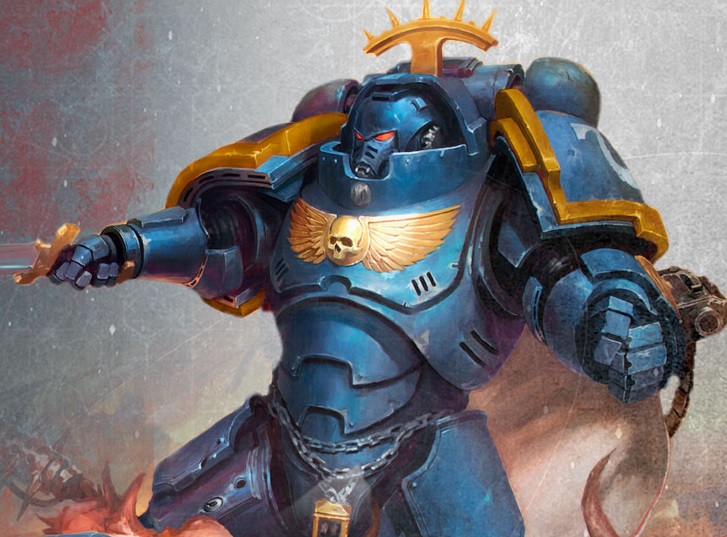 You can still run Marines with your Knights and your Astra Militarum options – they just lose the ability to use their combat doctrines. Will they still be good? Sure – they are still Marines! But they just won’t be functioning at full capacity.

Tamping Down The Soup

This is the first concrete step we’ve seen GW take toward doing something about Imperial Soup. And if you don’t think it’s a problem, the Imperium as been at top of the BCP standings for both Most Played and Most Wins for 17 weeks straight. That’s over 4 months, folks. And yes the Imperial soup IS a blanket term for all lists that mix-and-match, but at least GW is recognizing maybe things are working a little too well together.

Will this be the end of the Soup Lists? No – not by a long shot. However, it feels more like a reward for bringing Marines and less of a punishment for taking soup. We’ll have to see if GW follows suit with other Codexes in the mix moving forward.

What do you think of the Combat Doctrines subtle change to combat soup?