Battling Vampires in the Wild West of Dracula’s America 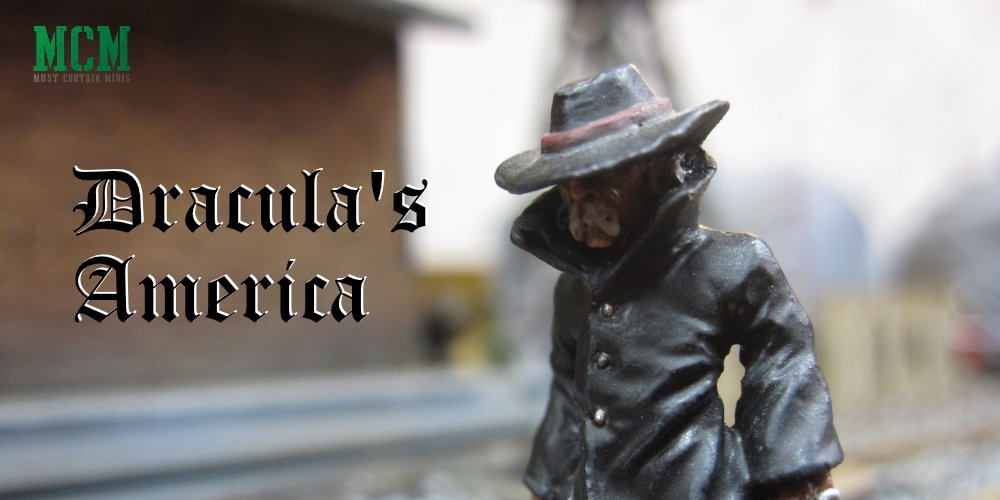 I wanted to try Dracula’s America for a long time. I read through all three books, but never got to play. Until now! A couple of weekends ago, I gave the game a try at a local convention and had lots of fun! In this post, I take a quickly discuss Dracula’s America by Osprey Games. 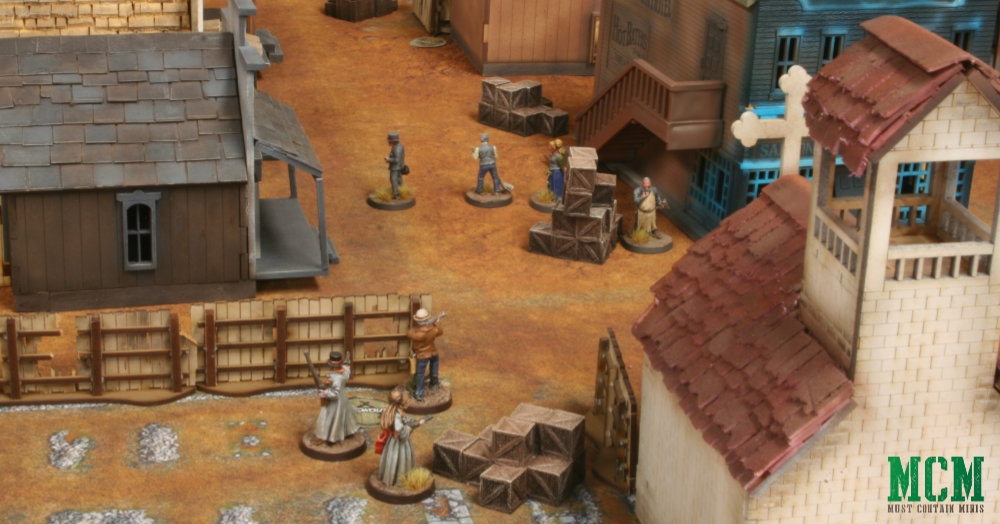 Here the Red Hand Coven (Vampires) plan how to get to their objective on the far side of the table. The civilians there are running away from them.

Dracula’s America is an excellent miniatures skirmish game set in the Weird Wild West. In this wild west, Vampires run free, shape-shifters can turn into werewolves and more. If you want to read about the six original factions in the game, Osprey has a great article over on their Blog.

To me, the setting very much feels like Abe Lincoln: Vampire Hunter as a game. That said, in this universe, Abe Lincoln is dead and the combats are at a skirmish level. Also important to note is that, Dracula seated himself as the President for Life of America. Hence the name of the book. 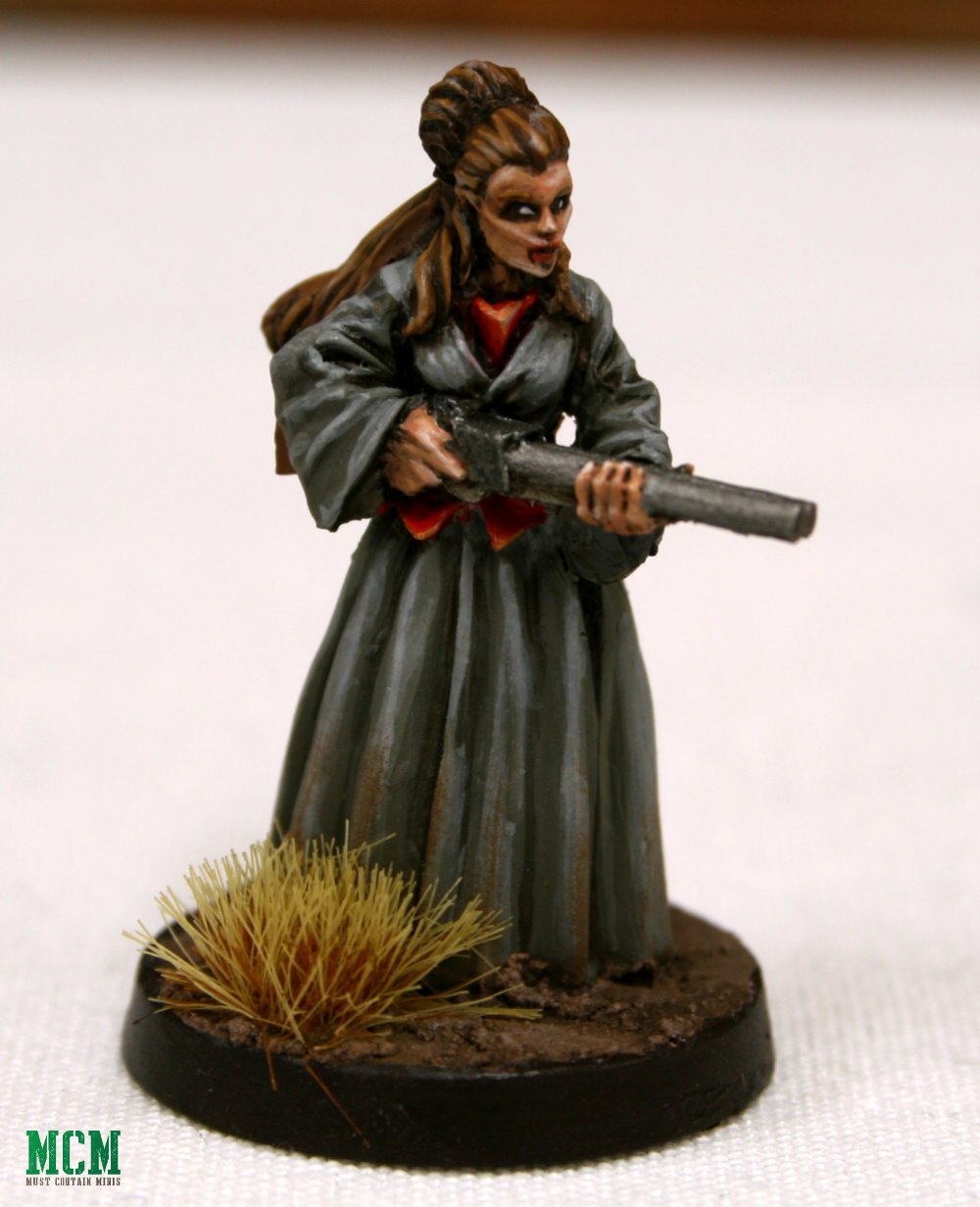 A female Vampire carries a shotgun. She was one of the characters in my warband when I gave the game a try. In that game, she was taken out by a lowly crusader armed with a pistol. Sometimes it is how well you roll rather than the quality of your soldier.

The images within this post are original to Bell of Lost Souls, but from a series of photos that I took for my website’s Battle Report of my first Dracula’s America game. The difference may be slight (such as depth of field), but they are different. I take a lot of photos when I do my battle reports.  🙂

All of the miniatures and buildings in this post was painted by Les of Underground Painter’s Desk. He lives in Brampton, Ontario, Canada and does commission work for those interested. He would also love to find more Dracula’s America players in his area.

If you are interested in either, please look him up.

As a note – I took most of these pictures at Sword & Brush 2019 (in Burlington, Ontario), but two of them are from Broadsword 8 (in Hamilton, Ontario). If you live in Ontario (Canada), you can see upcoming miniature gaming conventions on the Ontario Miniature Gaming Convention Page on MCM. Les ran the game at both events and the tables looked great! 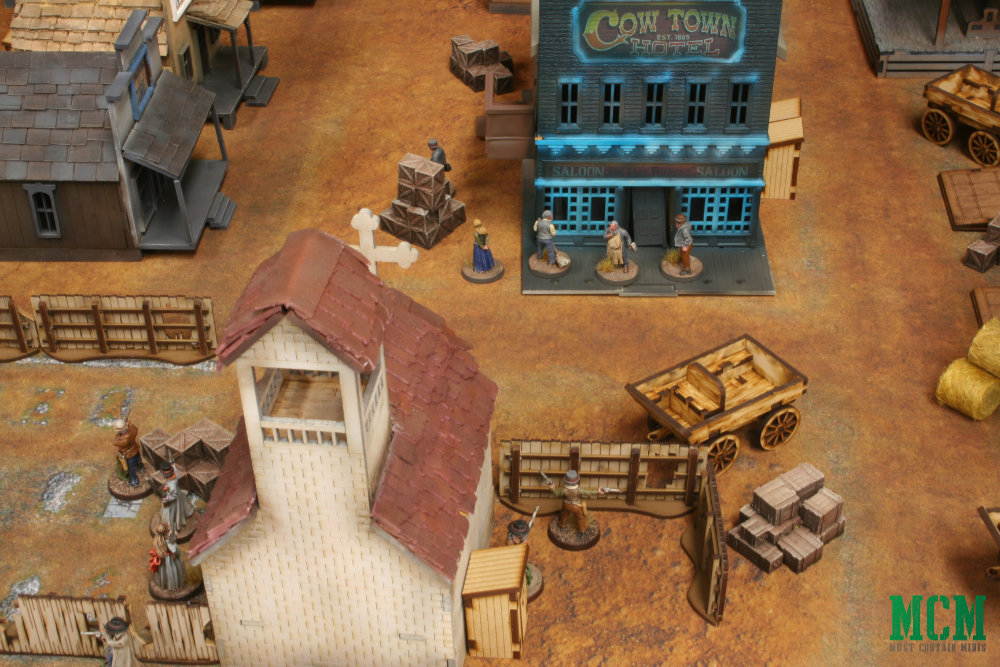 The image above shows my deployment of my Vampire Coven from when I played Dracula’s America.

My Thoughts on Dracula’s America

Now, I really enjoyed Dracula’s America. To me, it felt like a bit of poker and a bit like risk, with a lot of Wild West Theme in a miniatures game.

I like the rules, I like the theme and I like the feel of the game. The downside I see is that the theme does not match my miniatures collections. Other’s won’t have that problem.

Below is a little more information on the game to help you determine if it would be something that interests you.

Notes about the Rules

The game is simple, yet fun. They employ a card system (similar to Blood and Plunder) to determine turn order. You have a hand of cards based on the number of figures that you have on the table. You play a card simultaneously with your opponent.

Whoever plays the highest card, goes first. Black Cards beat red cards and higher numbers beat lower ones. If both players play the same card, some sort of random event happens. Its like poker in that it involves cards and suits, but you are not actually playing poker. Maybe it is more like “War” or “Euchre” in that you are trying to outrank your opponent’s cards to go first while strategically figuring out when it is okay to lay your lower cards.

The game is like Risk (specially Risk 2210) in that you are rolling limited pools of dice against your opponent and trying to achieve more successes than your opponent. You also get to roll d6s, d8s and d10s.

Okay, the successes are against target numbers rather than your opponent’s die roll, so the games are still certainly different. This game is not Risk! That said, I still got the 2210 feeling while playing, and I liked that.

After resolving hits, you rolled a single die saving test against a modified target number. The number was modified based on how many successes your opponent hit you with. Clearly, if you have a target number of 6 to survive, you are going to have a better chance of rolling that on a d8 or d10 than on a d6. Which die you roll is based on how good (or how well ranked) your in question character is.

The game also contains NPCs and has a campaign system but I am not going to get into that in this Review. 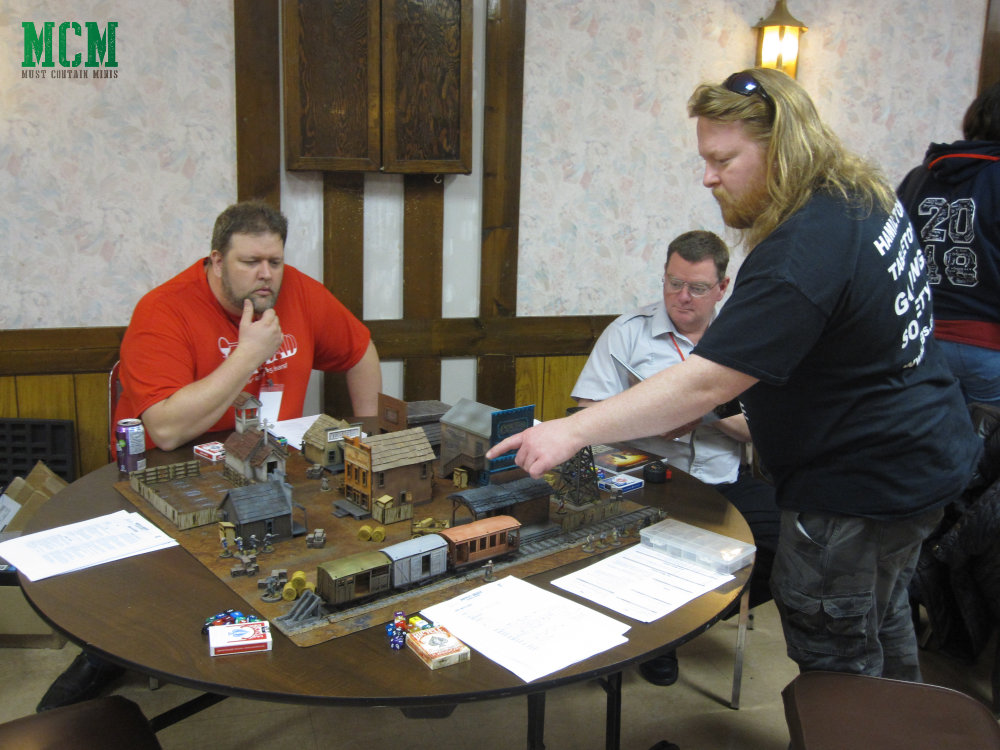 That’s Barnaby of the Hamilton Tabletop Gaming Society advising David Winters how to best play his minis at Broadsword 8 in Hamilton, Ontario.

Hopefully you enjoyed this article. If you want more, be sure to check out my Battle Report on Must Contain Minis to get a better feel of the game.

Special thanks goes out to Les of Underground Painter’s Desk for teaching me the game and providing all of the miniatures and terrain. This table is really beautiful. Nice work! 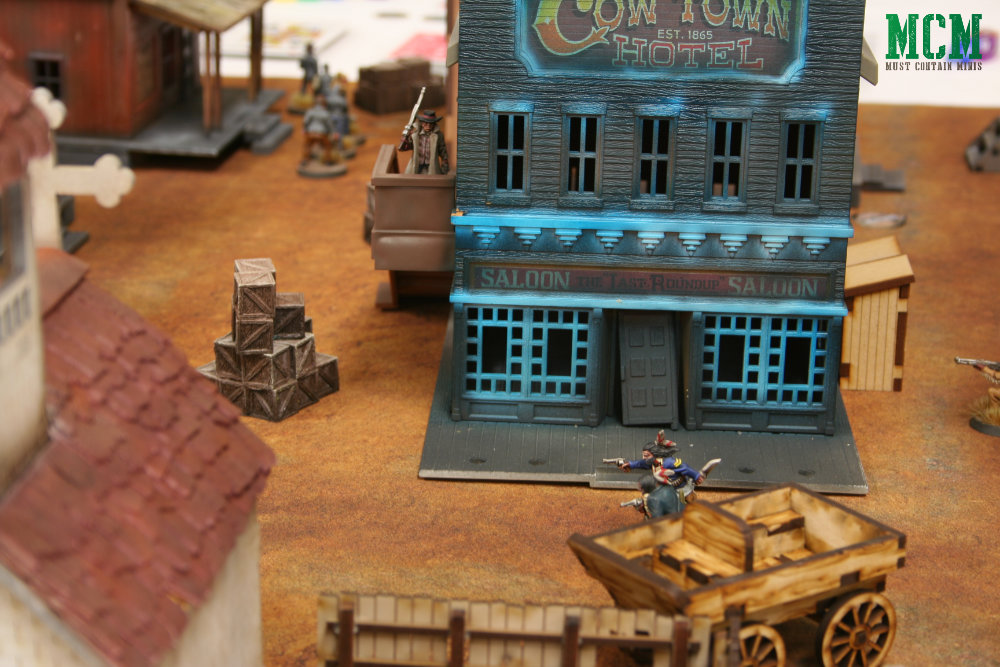 The ending of the game I played. At this point, my Red Hand Coven had retreated from the battlefield. The Twilight Order (Vampire Hunting Crusaders) and Skinwalkers (Shape-Shifting Faction) fought it out to end the game

I also want to give a shout out to Osprey Games as they are the publisher of this gaming system.

Author: Jacob Stauttener
Jacob Stauttener is the man behind Must Contain MInis. He's been covering the tabletop and wargaming industry since 2016, with an emphasis on the historicals, and up and coming side of the industry.
Advertisement
Miniatures Osprey Games
Advertisement 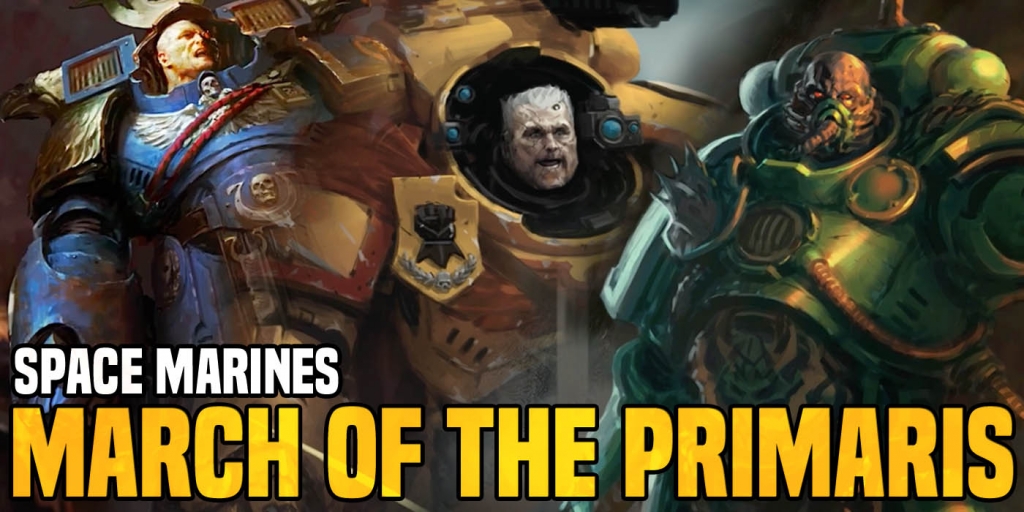