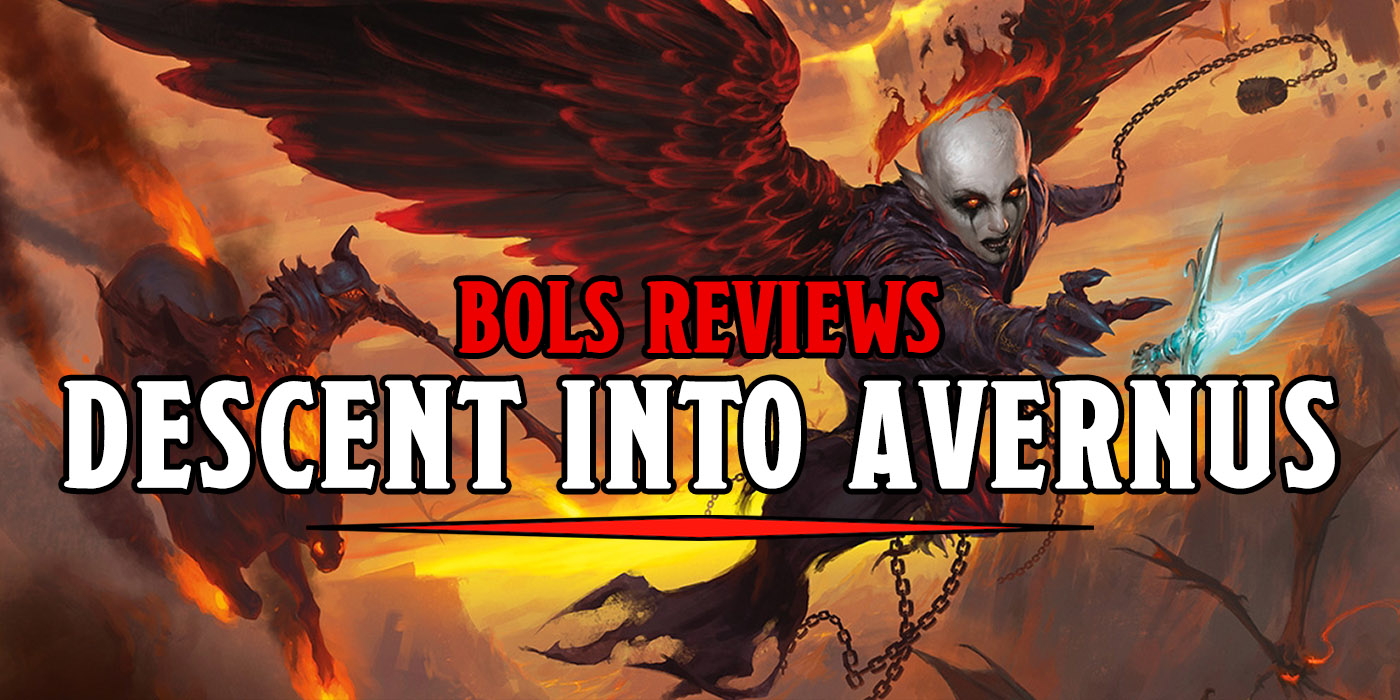 Baldur’s Gate: Descent into Avernus takes players to the Nine Hells and back again, if all goes well. But is it worth the trip? Find out in our review.

A fallen angel, a city on the edge of damnation, and caught up in the middle of it all, a bunch of adventurers who will likely stumble their way into using crazy magitech Mad Max vehicles powered by souls and full of hellish weaponry that will send you careening headlong into adventure in the first layer of Hell. If that sounds like your cup of tea, then Baldur’s Gate: Descent into Avernus is absolutely for you. But before we go too much further and start talking about what makes this adventure fun for everyone else, let’s go ahead and throw up the ol’ spoiler warning. We’re reviewing the latest D&D Adventure here, folks. If you want to play through it unspoiled, you’ll want to stop now. 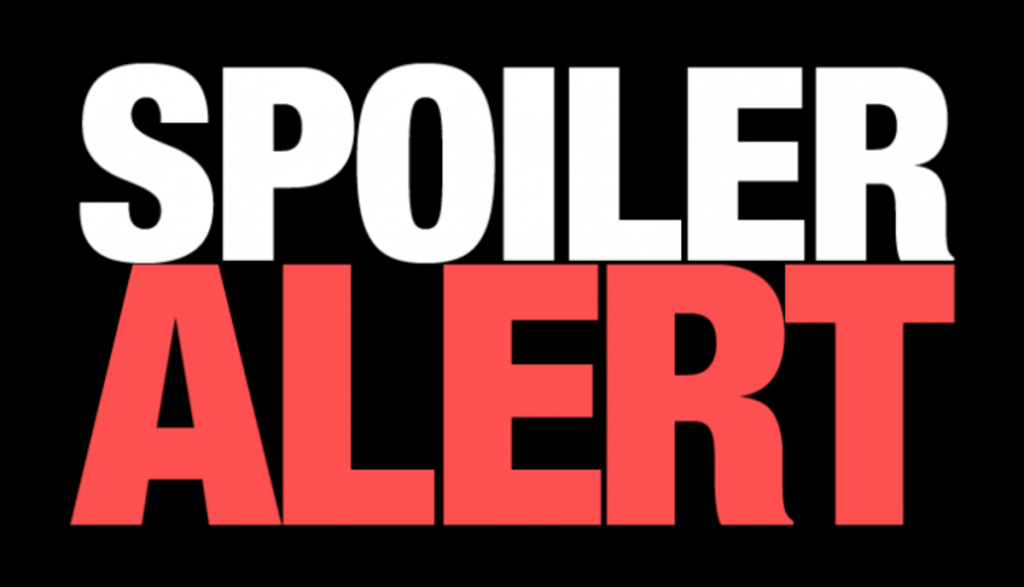 Are we good? Alright, let’s do this. Baldur’s Gate: Descent into Avernus is, at it’s core, a great example of what higher level D&D can be like. It’s a story that involves planar conflict and has players take a role in cosmic events–but it doesn’t get too caught up in over-the-top action and drama to lose sight of the emotional core that makes this adventure play well. Because at its heart, Descent into Avernus is all about dealing with mistakes, and clawing your way through difficult consequences to find a brighter tomorrow. Or, it’s about selling your soul for as much profit as you can when a devil comes a-calling. 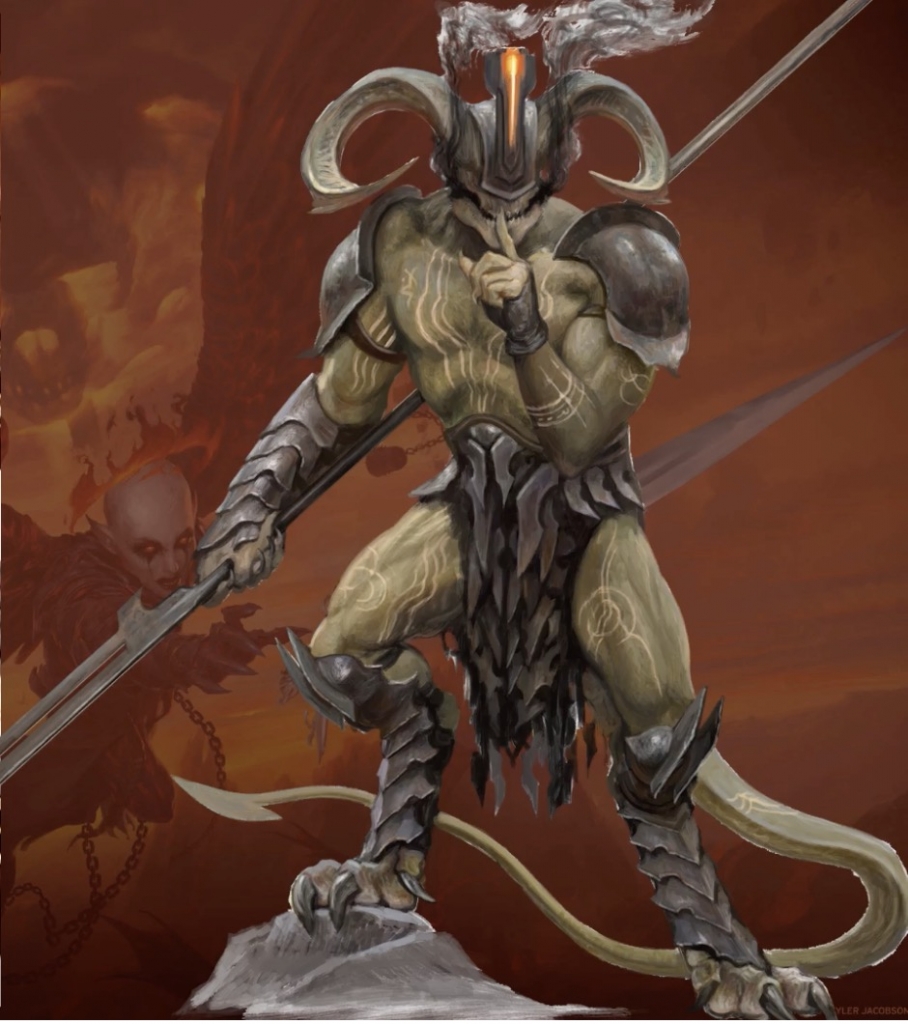 But whatever your players decide to do, the story of Descent into Avernus is bound to reflect their actions. And that’s one of the biggest draws of this adventure–there are real choices to be made here, real opportunities to fail, or to find success in ways the GM wasn’t anticipating. Baldur’s Gate: Descent into Avernus does a fantastic job of setting pieces up and giving your group the chance to crash headlong into them however you see fit. It has the freedom to do this because it keeps the overall goal quite simple. 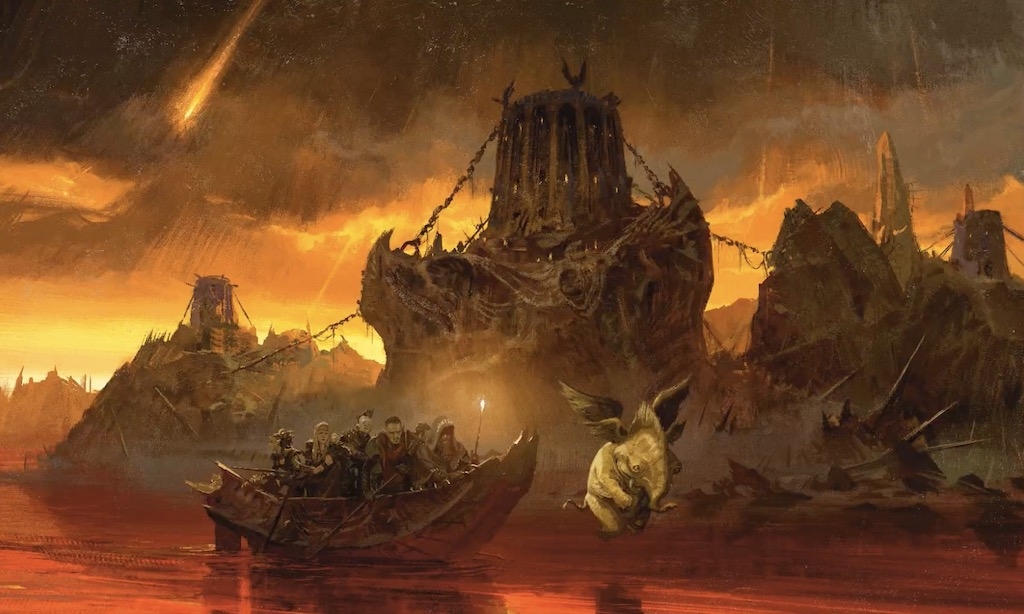 But the execution is complex. Let’s take a look at the background: at some point in the past, the Archangel Zariel fell, defying the whims of the Celestial Council to wage war on demonic forces. In her wrath, Zariel was corrupted by the foul essence of Avernus, and transformed into an archdevil, appointed by Asmodeus to rule over the first of Nine Hells. Much more recently, she made a bargain with a human, Thavius Kreeg, to protect the beleaguered city of Elturel for fifty years before the contract expires and the city is dragged, screaming, into the Nine Hells. A similar fate may befall Baldur’s Gate, unless our heroes can do something about it. In order to save Baldur’s Gate, they’ll have to find a way to save the City of Elturel from eternal damnation. 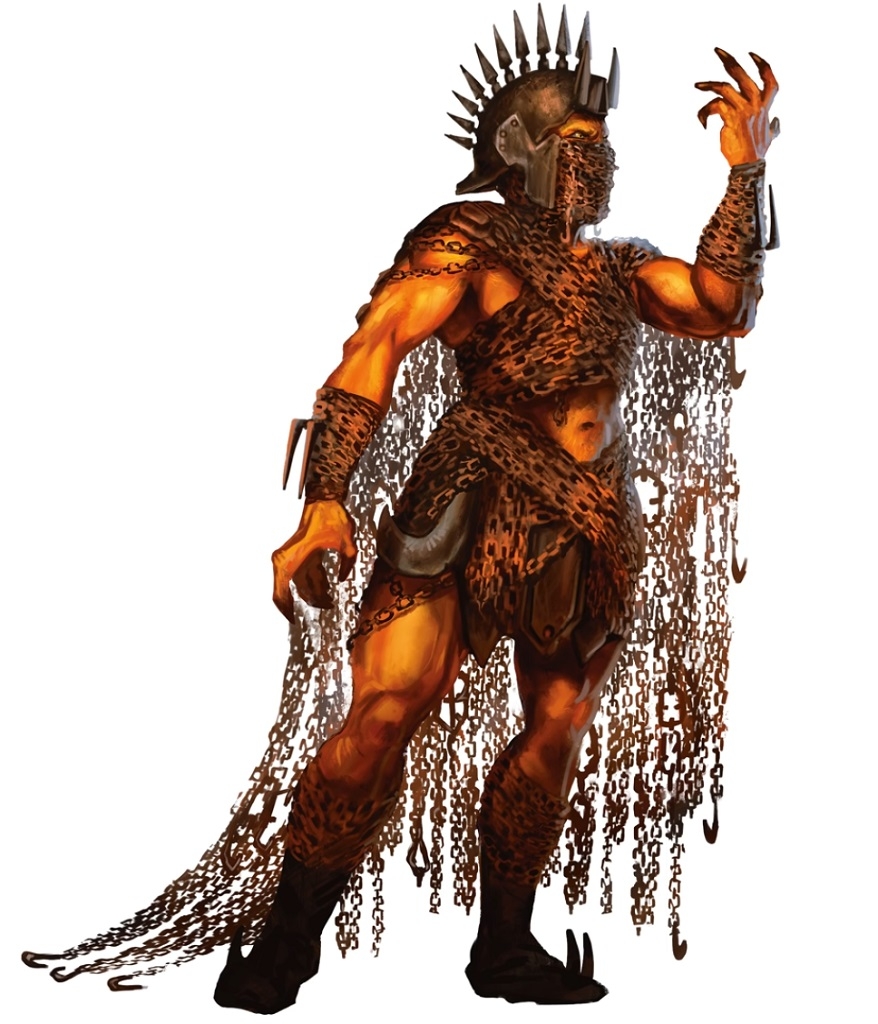 Along the way you might segue into a Mad Max style race across a burning hell-desert. Or find yourself swept up in a dust storm or contending with Hellwasps. Or you might learn the sad truth behind the ruler of the plane, and go about looking for a way to bargain with or redeem her. Which brings me to the next big thing the adventure has going for it–while there are antagonistic forces, there really isn’t a big overarching villain. You could make a point that Zariel is, potentially, one of the final bosses of the game, but she doesn’t really have to be. In fact, depending on how it goes, your players might never draw a weapon against her, and they might still find a way to satisfy the terms of their contract.

Or they’ll sink into evil depths, and sign up to wage war against the enemies of hell, or join forces with one of the other powerful players in these here parts to break Zariel’s hold. With a simple goal like “Free this City” the adventure is free to offer wildly different ways of accomplishing the goal. And that’s what makes Descent shine. It’s got character, it’s got heart, and it’s got variety. The module isn’t forcing you towards a final showdown where you have to beat the boss or you’ll lose the fight. Instead the module feels like it’s looking for places to open the game up and let players explore the hellish landscapes.

While there is a structure to the adventure–players start off in the beleaguered city of Baldur’s Gate, where they learn that an evil noble (and really, what noble isn’t) has been plotting a coup, and from there they head to Candlekeep, then the Nine Hells, and once there they have a few paths that have been outlined to take them to the end. But the module has plenty of chance to stop and explore with new mechanics. There’s a lot to do in Avernus. Whether making and breaking deals with devils, freeing trapped creatures, or finding clever ways to interact with the hellscape, Descent offers you fun toys to play with along the way.

I’d be remiss if I didn’t mention the Infernal Warmachines at this point. These are the crazy, Mad Max-style vehicles that are powered by souls and allow you to unleash devastating weaponry. These driving tanks (or scavenger trucks, or motorcycles) let you cover ground rapidly and fight against foes that might otherwise be above your pay grade. Which is another big thing the adventure does well. It doesn’t pull punches. You might only be 7th level when you descend into Avernus, and yet you might stumble across a CR13 foe, a Narzugon, and be forced to deal with it before you’re prepared to take on a deadly encounter.

It’s entirely possible to fail at most turns in this adventure. As you might expect, a big part of the story revolves around Zariel and her relationship to Elturel, the city you’re trying to save. Without getting too spoilery, let’s say that redemption is a possibility here, though it’s by no means a guarantee. Not much in this adventure is–you’ll find contingency upon contingency, which again, it feels like they can get away with because the goal is simple. 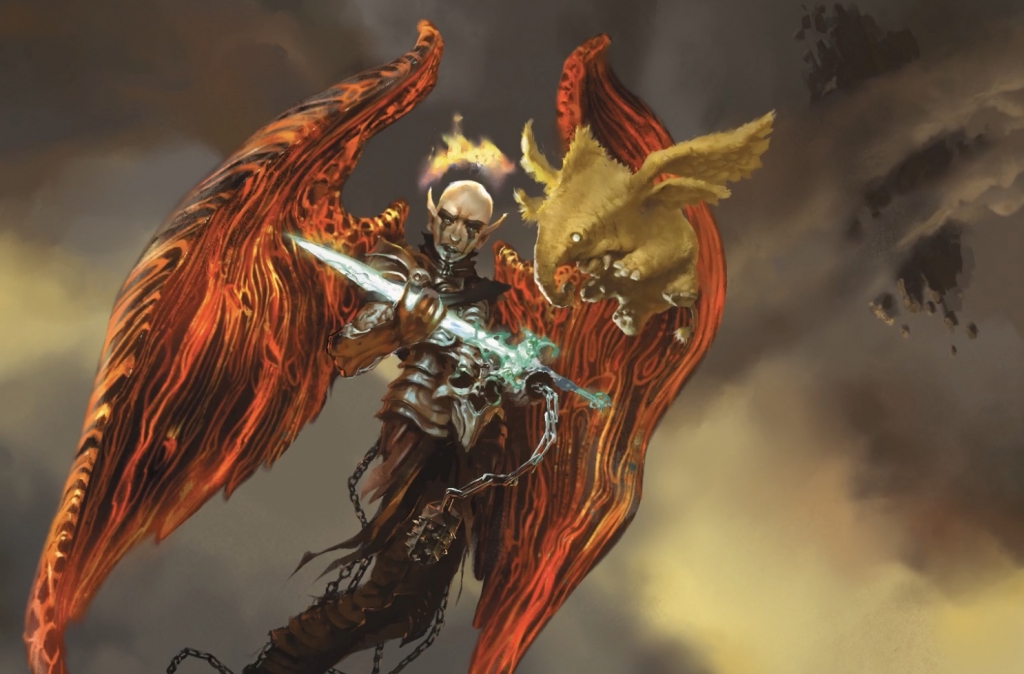 The goal is simple but the characters are complex. This module is chock full of exciting NPCs to get to know and play with. Whether you’re squaring off against the Mad Max-inspired Infernal Warlords–each of whom is like a mini adventure unto themselves. These are warlords who ride around Avernus in their Infernal Warmachines and might help or hinder you, depending on how you treat them. Or you might hang out with Mahadi ,the Rakshasa merchant and owner of the layer’s best and only spa. Or get to know Mad Maggie or delve deep into the story of Zariel. It feels like there’s a good mix of narrative and combat encounters here.

There’s a good mix of a lot of things. With loads of new magic items–and powerful ones at that–Descent gets you to the good stuff right away (well once you’re level 6-7 and can head down into Hell. I can’t say enough good things about this adventure. It sparks the imagination, it inspires scenes and interactions, and it gives players a look into a much more cosmic in scope D&D. This is the kind of module it feels we’ve been needing for a while. So jump in and check out Baldur’s Gate: Descent into Avernus.

Author: J.R. Zambrano
Bell of Lost Souls Staff Writer and DM, J.R. covers RPGs of all stripes and on occasion eats sandwiches. You can ask him about either at [email protected]
Advertisement
Baldur's Gate Dungeons & Dragons Review RPGs Wizards of the Coast
Advertisement 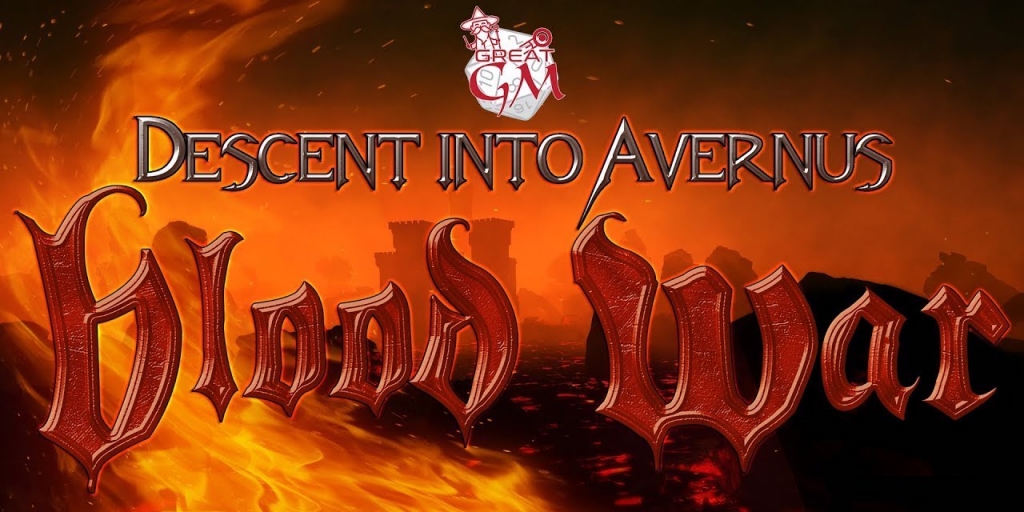