Geekery: ‘Face/Off’ is Getting a Remake for Some Reason 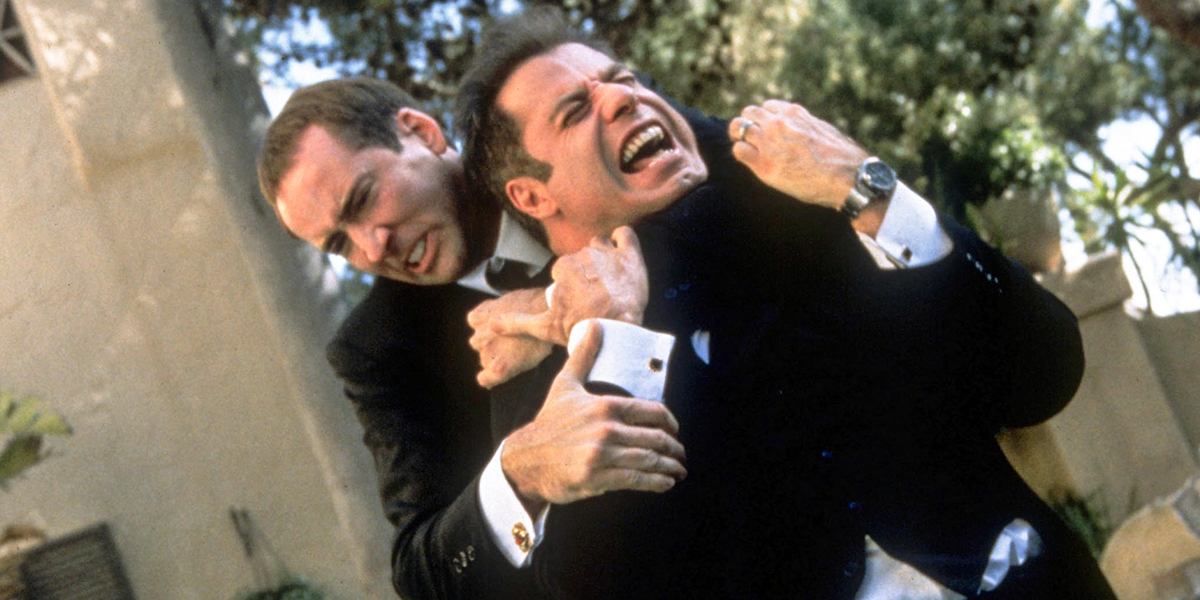 Paramount wants John Woo’s 1997 action classic to make a comeback – but will it work?

It has a huge cult following and a 92% critics’ RT score that defies logic. It’s not a good movie. It is a ridiculously great movie that works mainly because of who made it, who starred in it, and the time period it came out in. It’s currently on Netflix if you feel like a rewatch, or need to introduce your friends to its majesty.

Paramount has decided to pull it out of their archives and remake it with Oren Uziel (22 Jump Street, The Cloverfield Paradox, Sonic the Hedgehog) penning the script, and Fast and the Furious franchise producer Neal Moritz. No director or casting announced. It’s extremely doubtful any of the original team will return.

This won’t will work the way they want it to. What made the original such a classic is the pure weirdness of Cage and Travolta pretending to be each other – ok, so more Cage than Travolta if we’re being honest. It’s just so mid-’90s. How about the studios re-release some of the big action classics of the era to the big screen instead of doing this? I’d buy tickets.

And since we’re on the topic of late 20th-century action movies, here’s the new Bad Boys for Life trailer with no added comment…