Goatboy’s 40K: Let’s Talk About All the New Rules

Goatboy, here again, to talk about all the new 40K rules, and upcoming releases we are waiting.

We have a few weeks of slow 40k releases since Codex Marines hit.  Sure we got some Black Fortress stuff, but we are truly missing some of the big releases that we want to see – namely a few more Space Marine Supplements, the leftover models, and maybe some new bit of hotness.  While the NOVA preview was cool – it didn’t give enough meat to chew on beyond ‘everyone is getting rules’ and ‘Shrike really likes My Chemical Romance.’  So what are we to do?  Well, let’s speculate a bit and see if maybe I get close to being right. 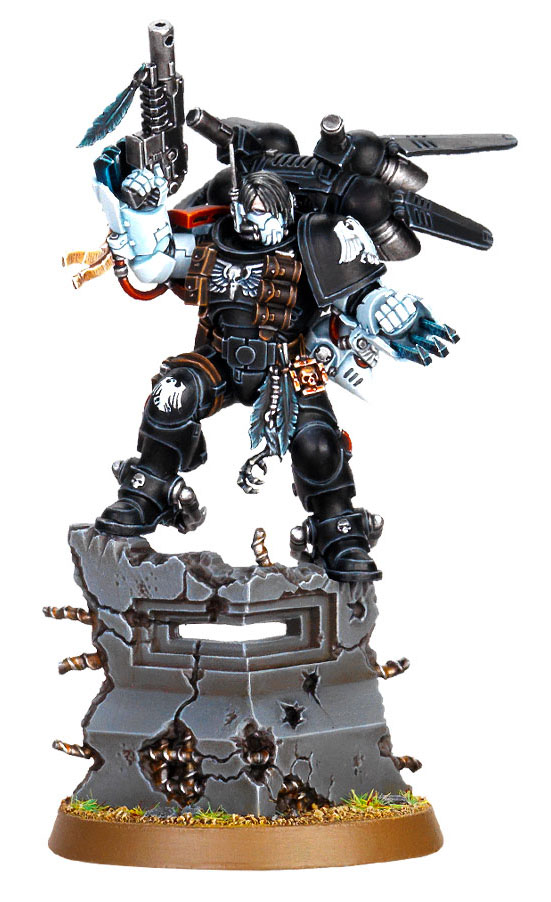 First of all – we saw a new Shrike.  We know that a lot of the Space Marine heroes are seemingly ready to cross the Rubicon, get all buff, and maybe get a few extra rules.  Shrike looks meaner with some new crazy Phobos jump armor, lightning claws on his hands and feet, plus some sort of weird gun.  This all has me thinking that, beyond Shrike, we will see a new unit utilizing this new design style.  Some super jump assault option for Phobos marines which could be very interesting because we have some cool psychic powers that would seem to benefit a jump assault unit.  I am guessing they have Lightning Claws, some kind of suppressor style gun, and the ability to reroll wounds.  Throw in some more Mortal wounds on the charge and maybe we’ll have something good?

Beyond that, I expect their extra rules to give the marines more sneaky powers that would benefit the Raven Guard.  I am sure will have some fun new combos as well with Relics and other nonsense.  To quote some people I know who might be playtesting this stuff – “The White Scars and Ultramarine books were the most basic of rules – just wait till you see some of the other stuff.”   This has me excited even though I really don’t want to start a Marine army right now.

After that, we got the big dump of how the Psychic Awakening will work.  It seems GW has learned from the last Vigilus campaign that they should release rules for all the Factions. I know thematically it didn’t make sense for some of the Factions to show up in Vigilus, but it was very noticeable that some of the Xenos races got left out in the cold and were left wanting.  Now, I don’t know if these books are just going into the Formation style of extra rules or rebuilt units/options route.  It would be more interesting to see these releases as a way to update older codexes and bring them more in line with the new 8th-8.5th we see with the Marine codex.  I would think moving armies into the new format would be a heck of a lot more interesting but will see.

What I don’t like so much is the chatter that each book will likely have two armies in it.  This has me worried as having this many campaign books coming out makes it a lot harder for someone to have all the tools to play competitively.  We might not buy every book, but having some kind of knowledge base for each option helps when you get matched up with something you don’t see in your local meta. I guess it really depends on what they mean by having 2 factions in each book because if each faction is its own codex (so we get a double codex for each campaign book) then it could be pretty dang cool.  I think it would be better to either create an Adversary book with one side of each duking it out or at least combining all the relevant groups into a book – like, say, have a Chaos Psychic Awakening.

You would see it have some kind of new Warp based option where the big cut in the sky releases more energy.  New sets of Psychic powers, found artifacts, and mutated options would be pretty dang cool.  Heck, maybe we could even see the rumored Emperor’s Children come out with Fulgrim getting all sassy and causing all kinds of problems.  I would love to see Chaos tweaked a bit to bring them more in line with the other armies as while it works, it only works as well due to how it can soup things up and combo around the keyword Chaos.

After all of this, the last tidbit is the loss of index options coming in the new year to competitive play.  While I am sad becuase I will be losing some Chaos characters on bikes, it’s needed to happen for a while.  It is frustrating to see some things still pop up and cause all kinds of weird confusion when reading an army list.  Throwing out a balanced set of points into a Legends book is a good thing and will end up being better for it in the end.  Heck, you could even have independent events allowing these models too. 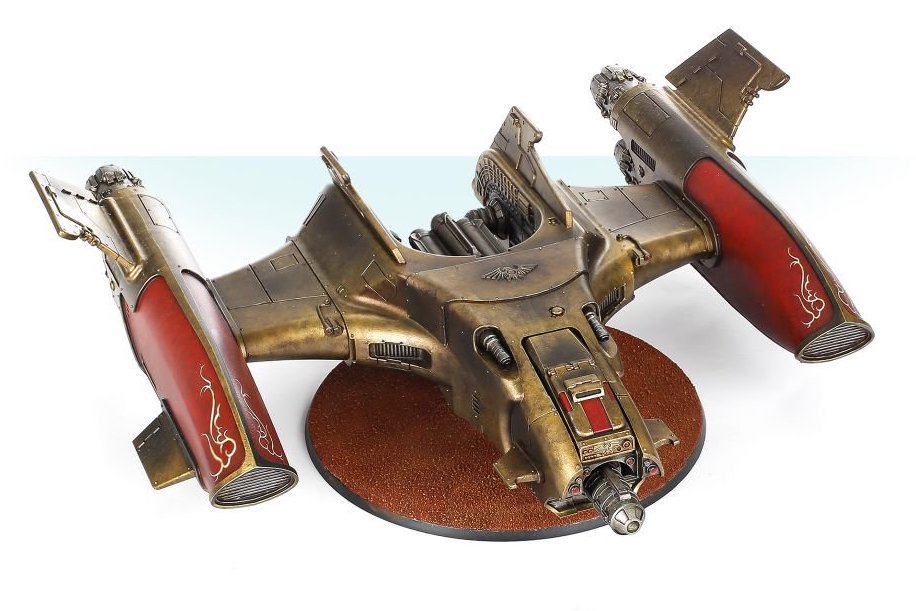 What did everyone think of the FW Custodes codex update?  I think it’s pretty good overall as the tank (while overpowered in some aspects) was not as killer as people believed it to be.  The move from strength 8 to 7 is huge as it changes their wounding dynamic.  The issues with it was that it hit on 2+ and wounded on 2+ on most things, which now it will be a 2+ and a 3+.  It had options to reroll 1’s, so changing the damage is huge.  A bit of a point increase was still needed, but these guys look to be where they need to be.  I also really like the change to the Jetbikes as having a flat four shots is always better than the 2d3.  I have a Custodes Biker army and really needed some strength eight shooting to make it work better.  Overall it is a good edition and the fact they’re free rules is a great thing. 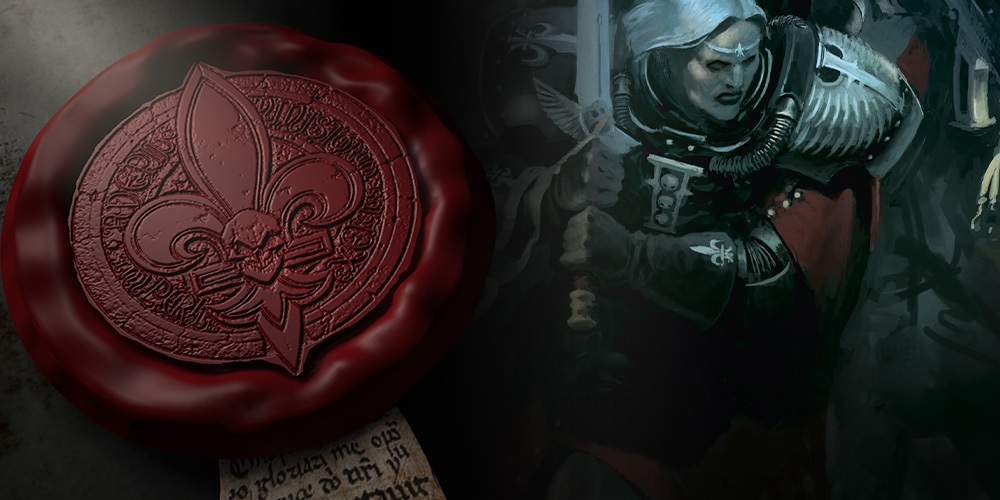 Finally, we have a Sisters release as well.  That boxed set is weird, and I am wondering how much they will end up charging for it.  I get the feeling as it is a low print/special edition box will see it break the 200 dollar ceiling.  I know I won’t be buying it because I am looking to move away from Imperium stuff, but I am sure those Sisters players will pounce on them.  It really depends on how much they a valuing the special edition codex you get and how much longer it will take to get out the regular version.

I am still excited for this game and while I think there are some things that need answering or fixing,  – it is overall still a good release.  I spoke on a podcast about the edition I liked the best, and I can truly say I think 8th is working out pretty well so far.  I thought 5th had some good things, as well as the beginning of 6th, but overall 8th feels very healthy and strong.  We will see how Marines end up doing as events start to allow them to play.  I think we will have to wait for all the models to finally come out, too. It will be interesting to see if the meta will be afraid of the bolter/marine combo again.

~What do you think of all the recent rules and 40K upcoming releases?