RPG: The Legacy Of The Open Gaming License – PRIME 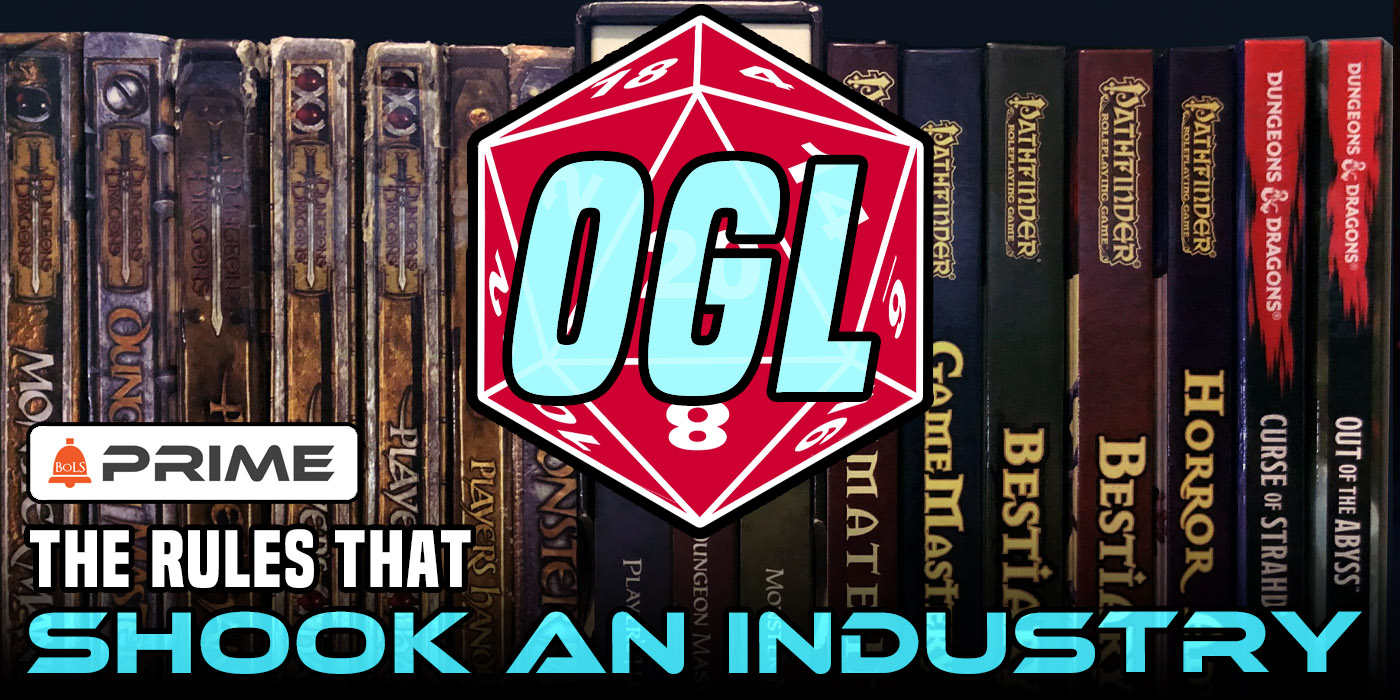 In the year 2000, three letters set off a revolution in an industry that itself was only three letters (RPG). The OGL changed the face of gaming. Here's how.

The OGL, or Open Gaming License, changed the face of the tabletop roleplaying game industry back in the distant, innocent days of the year 2000. With a new millennium on the horizon and a newly minted edition of Dungeons & Dragons lighting the way, the Open Gaming License opened the door to a slew of 3rd-party creators in a way few were anticipating. Companies waxed and waned under its influence--Paizo and Pathfinder only exist today because of it--and when it was good, it was really good. When it was bad, it was really bad. The Open Gaming License ushered in a whole new era.

Journey with us to the past, to the year 2000. A simpler time when Conan O'Brien was a late-night talk show host, webcomics like User Friendly and Sluggy Freelance were updating regularly, Marvel movie franchises (like X-Men) were making money hand over fist for movie studios, and the RPG was experiencing a huge surge in popularity thanks to the latest edition of Dungeons & Dragons. Wait... all of that is still happening? Next you'll be telling me there's another Matrix Movie in the works and everyone's getting hyped for it.

Why even bother having time if everything's just going to stay the same. Alright, so we've proven tha...