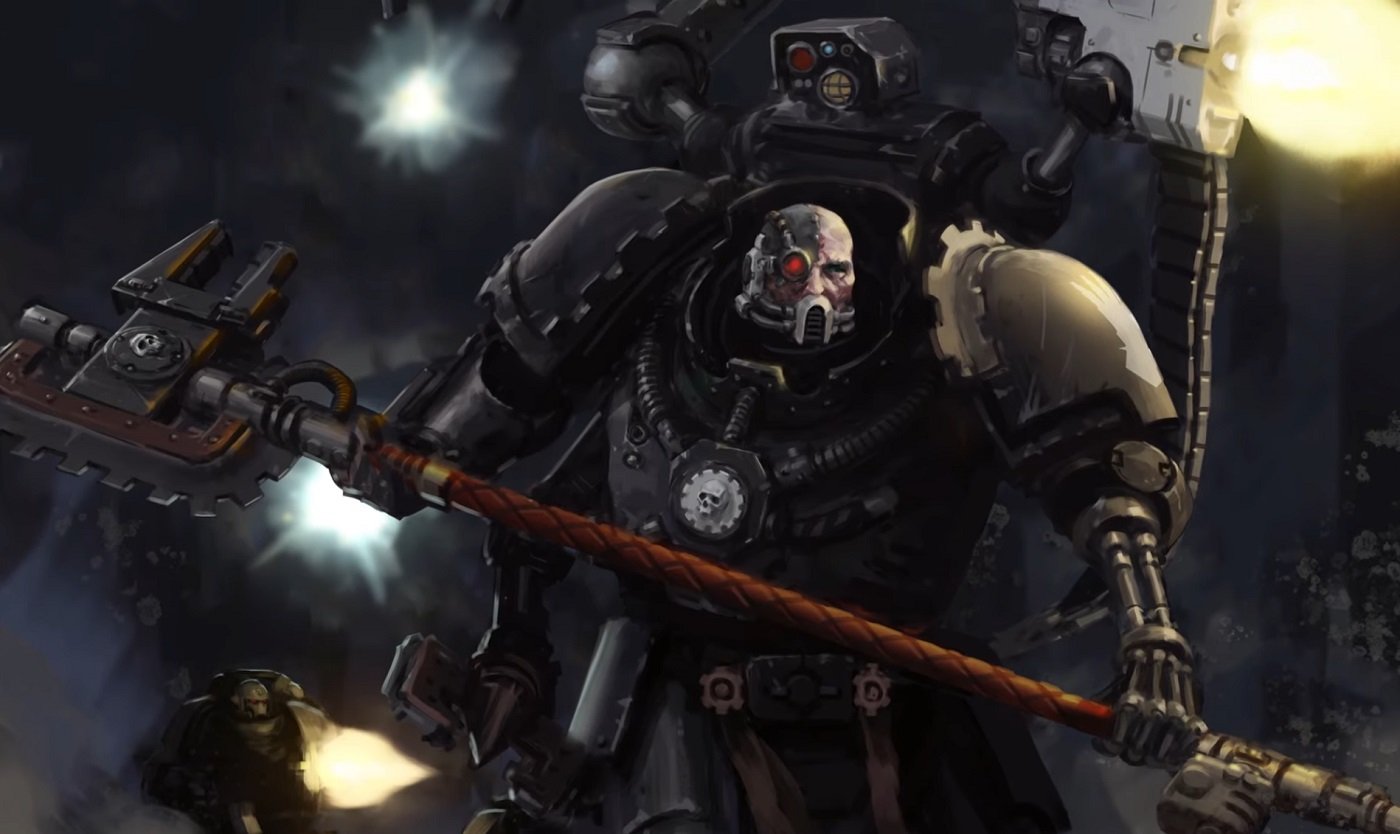 See the title of this article is supposed to be like “all hands” but it’s Iron instead because–look it’s the Iron Hands rules preview, just roll with it.

It’s time once again for another Adeptus Astartes preview, and this time we’re taking a look at the Iron Father, Malkaan Feirros, who would probably not have as storied a career if he’d been inducted into like the Ultramarines or the Dark Angels or something. I can see it now, everyone’d be thinking that Acolyte Feirros was meant to be shipping out with the Iron Hands but, guess he’s hanging around. Better give him something to do.

At any rate, that’s a future we needn’t worry about because Malkaan Feirros is in the Iron Hands, where he was fittingly raised to the rank of Iron Father–a rank that gives him many powerful abilities. Let’s take a look:

That’s Feirros in a nutshell… here’s what his rules let him do. First up we’ve got his statline. You can see he’s in that sweet Mk X Gravis armour, like most Primaris HQ choices.

No real surprises here, but it’s worth noting that he’s a beefy bionic boy who can take a beating and then some with his seven wounds and five toughness. Thank you based Cawl. Next up we’ve got his special weapons, which include the pintle-mounted cyber heavy bolter, Gorgon’s Wrath and his special mecha-axe, Harrowhand.

Especially with the Iron Hands’ propensity for finding ways around the move and shoot heavy weapon penalty, you’ve got some decent firepower there. And he will chop up lighter foes in combat whenever he axes them his questions.

But the real reason you want him is for his abilities. He has an invulnerable save aura that will help keep your models in the fight even longer–which is nice, but then toss in the Signum Array, which lets you straight up turn an Iron Hands unit’s BS to 2+:

…and you’ve got a great support character. And he can repair your Vehicles for 3 wounds instead of d3 wounds.

What a friend to all. What do you think of the Iron Father? Let us know in the comments!

Warhammer 40K: Take A Look At The Eliminators Sprue