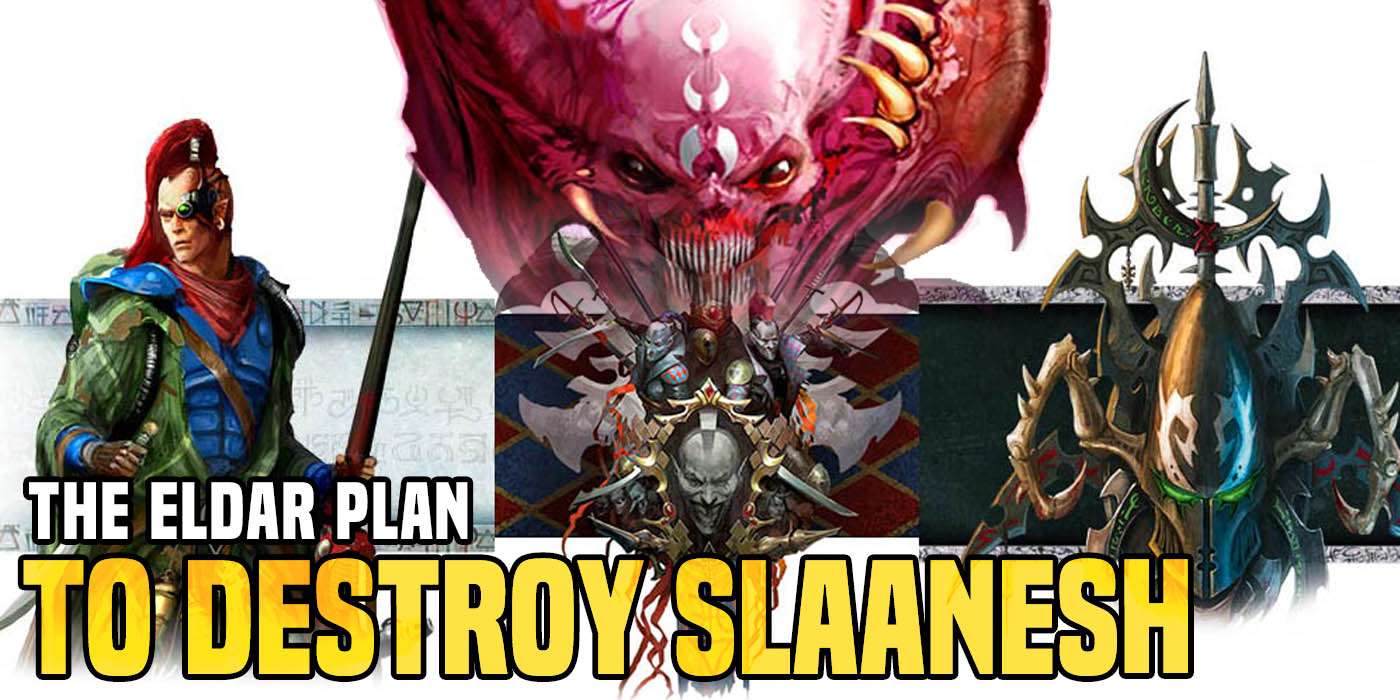 For over a decade GW has been hinting at the Eldar’s risky plan to free themselves and finally defeat Slaanesh. Here it is.

For a long time now we have been getting hints that the Harlequins know a secret. Deep in the Black Library is the book of Cegorach that tells of the greatest trick of them all, how the Eldar can save their race and destroy Slaanesh at the same time.  It’s been referenced, and hinted at indirectly. 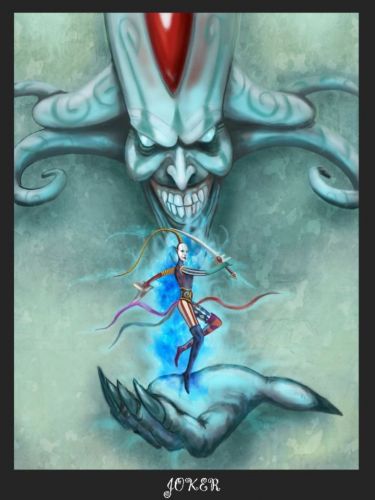 But in Phoenix Rising, the Eldar put it all together into a plan.  The book ends in a cliff hanger and we aren’t close to them attempting it – but now we know what it is.

Proceed if you dare…

OK, you were warned…

The Origins of the plan:

The origins of the plan are the death and reincarnation of Yriel, who dies defending Iyanden Craftworld. He is slain by a chaos champion, his body corrupted (thanks Nurgle), and then he is purified and raised by Yvraine. This gives the Eldar an idea and a blueprint for something …so crazy it just might work. Read it for yourself:

So the basic steps are:

So the plan is good in theory, but there are some obvious vague areas. It’s easy to have everyone on a craftworld take poison and die. And in theory, it’s possible that there are enough Wraith Constructs and Spiritseers to take the time to get every last way stone and pull them off the bodies and stick them into the Infinity Circuit.  So OK, that gets the souls into safekeeping.

The sticky part is how to get them back.  In the case of Yriel, it was Yvraine who personally pulled his soul back into his body.  There is a reference to Ynnari Drukhari who because of their beliefs could clone every Eldar a new body “once the danger had passed”. This is really vague as it implies that the Eldar race will all commit suicide and cocoon themselves into their Infinity Circuits for a long period of time. The assumption is that during this time Slaanesh would be robbed of  souls and wither and die, or perhaps be destroyed by a more powerful Ynnead.

The second issue is that the entire Eldar race is completely vulnerable to daemonic attack while they are waiting – with all those souls just sitting there for the taking defended only by whatever Ghost Warriors are on hand to defend their resting place. I would bet that once Slaanesh became aware of what was happening he would spare no expense in directly assaulting every Craftworld to feast on the souls just sitting there.

Then there is the fuzzy question of what happens in the warp during the waiting period?  There are implications that Ynnead  gains the power of the souls of the dead even while they are at rest in the Infinity Circuit.  It sounds like the plan is for Ynnead to go fight and kick Slaanesh’s butt in the warp while the race slumbers in the Infinity Circuit. What happens when the entire race get new Drukhari cloned bodies? Does Ynnead lose power when everyone is reincarnated? Does it even matter at that point?

There are a lot of unanswered questions with this plan, and lastly the Harlequins seem missing. I can’t imagine that Cegorach wont have some role to play in pulling this caper off, to finally get his revenge and one-up Slaanesh.

~ Do you think they can pull it off, or will it all go horribly wrong?