The Second Hero Pack for Marvel Champions has been announced – it’s Kamala Khan, aka Ms. Marvel!

Fantasy Flight Games has partnered with Marvel Comics to bring you a brand new LCG – Marvel Champions: The Card Game. Player will take the roles of Heroes who are battling against villains and their schemes – all while trying to maintain their alter ego! It’s certainly a comic-inspired Card Game and looks to be pretty interesting Co-operative game for 1-4 players. Anyhow, FFG has already announced two Heroes – the first was Captain America! The Second Hero Pack is Ms. Marvel! 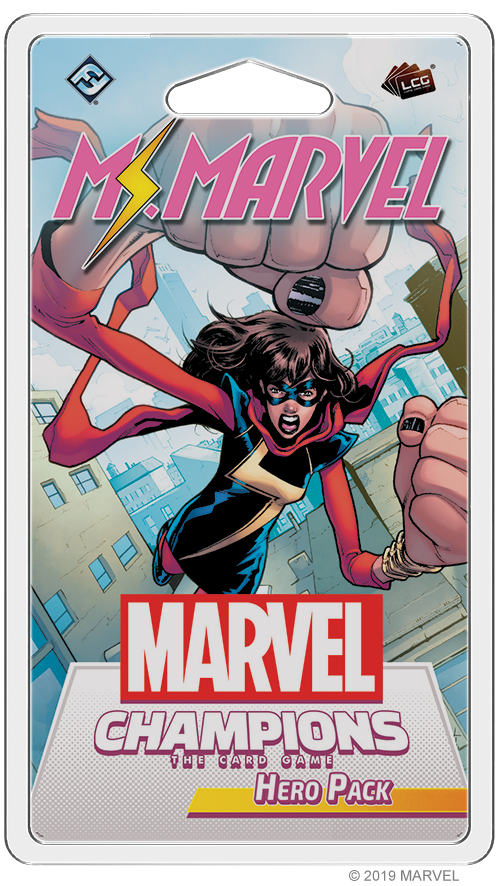 Already struggling with who she was, and who she wanted to be, teenager Kamala Khan just wanted a simple life. But when Kamala was trapped in a Terrigen Mist enveloping New Jersey, her life got a lot more complex! After emerging from the mist, Kamala discovered she was able to morph her body into nearly anything! Inspired by her idol Carol Danvers, Kamala took on the name Ms. Marvel and New Jersey gained its very own teenage crime fighter!

Ms. Marvel is one of the most flexible heroes in the game, able to fit into whatever role is needed while learning to be a hero and protecting her friends from harm!

Also available from FFG will be her very own Gamemat – featuring the young hero’s artwork on a slip-resistant playmat. 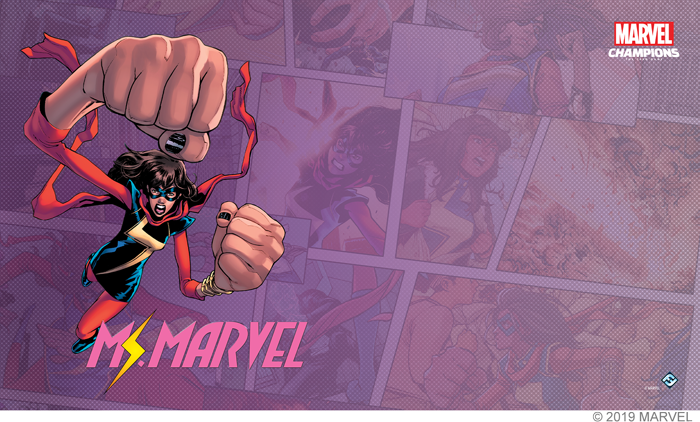 Show your inner-hero with the Ms. Marvel Game Mat for Marvel Champions: The Card Game!

This 24×12 slip-resistant game mat gives you plenty of space for your hero’s deck, identity card, upgrades, supports, and more while showing off beautiful art! Show your dedication to becoming a hero with the Ms. Marvel Game Mat at your side!

Both of these products are now available for pre-order. Marvel Champions: The Card Game is due for release in Q4 of 2019 and we would expect the new hero packs to follow suit shortly after that.

What out for that Terrigen Mist!