The team behind Hellboy: The Board Game and Dungeon Saga: The Dwarf’s Kings Quest are back with a new board game with plenty of back stabbing opportunities.

League of Infamy is an occasionally co-operative dungeon crawler for 1-5 players, where it pays to commit dastardly deeds and partake in foul thievery – often against your own party. Join a rogue’s gallery of misfits, ne’er-do-wells and miscreants on a disgraceful mission to kidnap cute little baby Drakons, steal their eggs and viciously wipe out any irritating, goody-goody Elves that try to stop your nefarious schemes.

But it’s not just the Elves you’ll need to keep a wary eye on. Your fellow (mis)adventurers are just as likely to betray you and steal your loot, shove you into harm’s way or just leave you in a dungeon full of unbeatable foes. As they like to say in the League of Infamy – ‘keep your enemies close but keep your friends at knifepoint’. 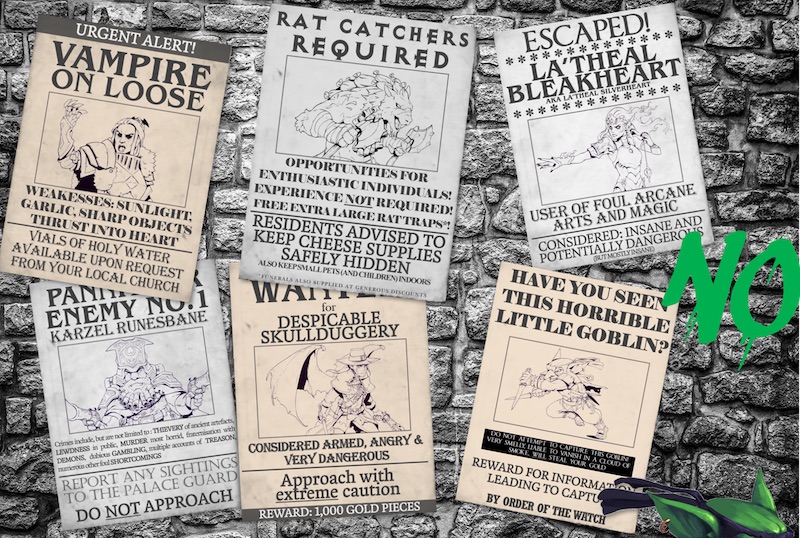 Coming soon to Kickstarter, the opening pledge for League of Infamy includes incredibly detailed pre-assembled miniatures, almost 200 cards, more than 200 tokens, six action-packed missions, seven playable villains and lots of great Kickstarter exclusive content. But that’s just the beginning and with your help, we’ll be able to add more villains, more loot, more skills and (most importantly) more anarchy. And if things go really well… we might need to serve up extra helpings!