Forge World has a new crew of Hobbits you can pre-order for your games in Middle-earth!

Personalities of the Shire™ II – Folco Boffin and Farmer Cotton $21 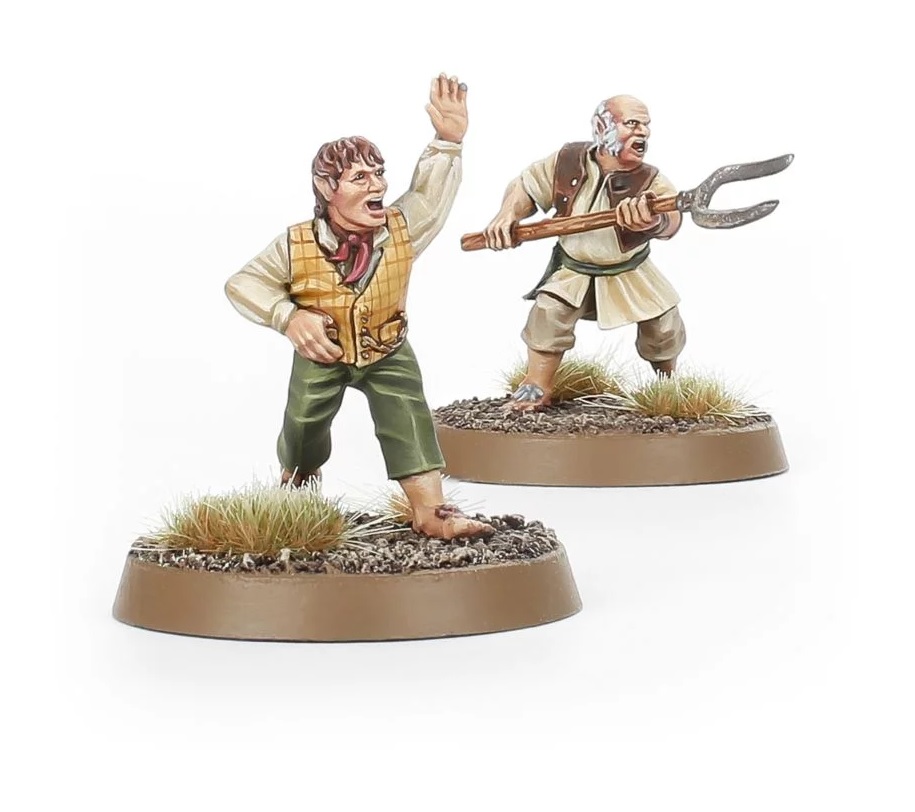 A jolly and unassuming Hobbit, Folco Boffin was a good friend of Frodo Baggins before he departed on his journey to Rivendell. Folco, along with Merry, Pippin, Sam and Fredegar, helped Frodo to leave Bag End for his residence in Crickhollow. However, unlike Frodo’s other companions, Folco stayed behind in Hobbiton in order to maintain the ruse. 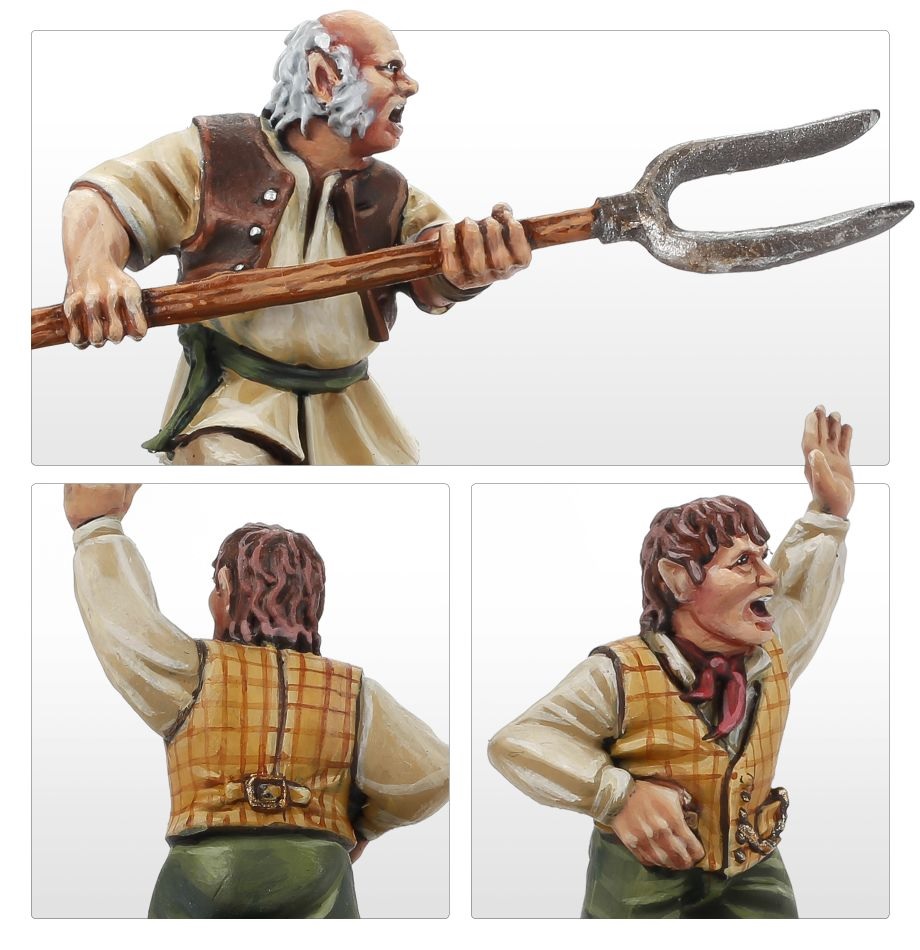 The father of Rosie, Farmer Cotton was a well-respected and proud Hobbit who had spent many years tending to his lands and producing a fine crop each year. When the Travellers returned to the Shire and saw what had become of their home, Farmer Cotton stepped up to rally the Hobbits of the Shire to their cause, helping them fight back against the Ruffian invaders. 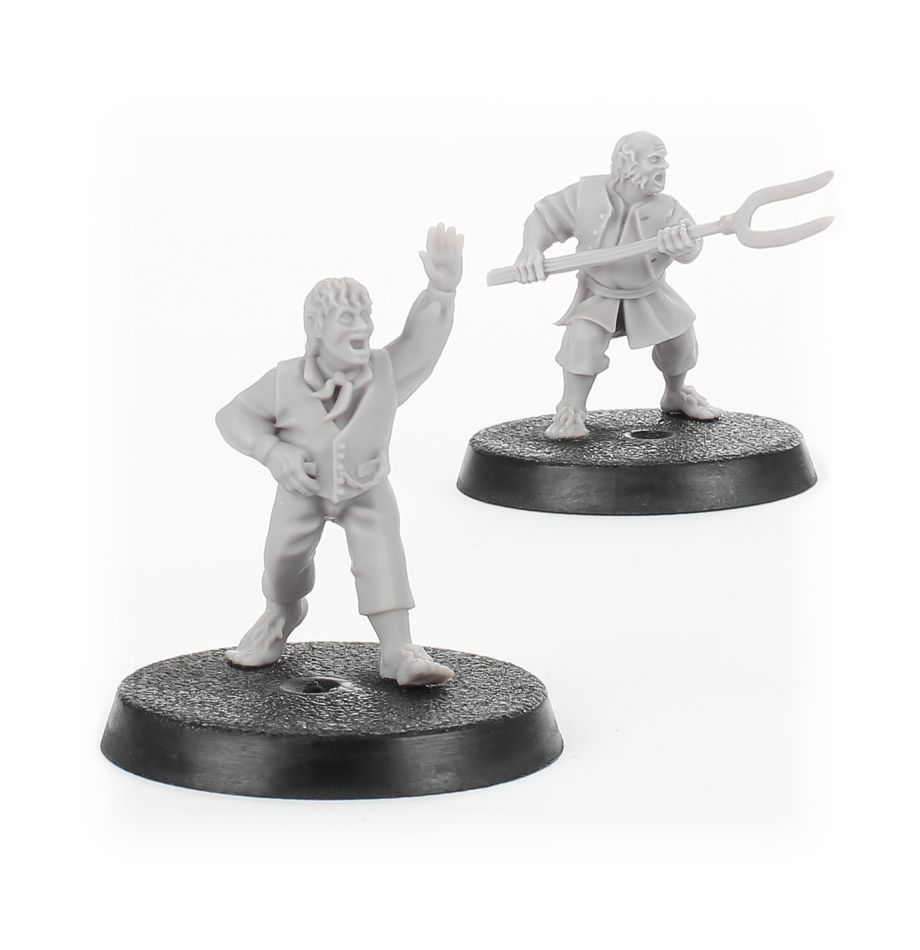 This highly detailed multipart resin kit builds one Folco Boffin and one Farmer Cotton, each supplied with a Citadel 25mm Round Bases. Rules for using these models in games can be found in the Scouring of the Shire supplement.

Vagabonds of the Shire™ – Ted Sandyman and Lotho Sackville-Baggins™ $21 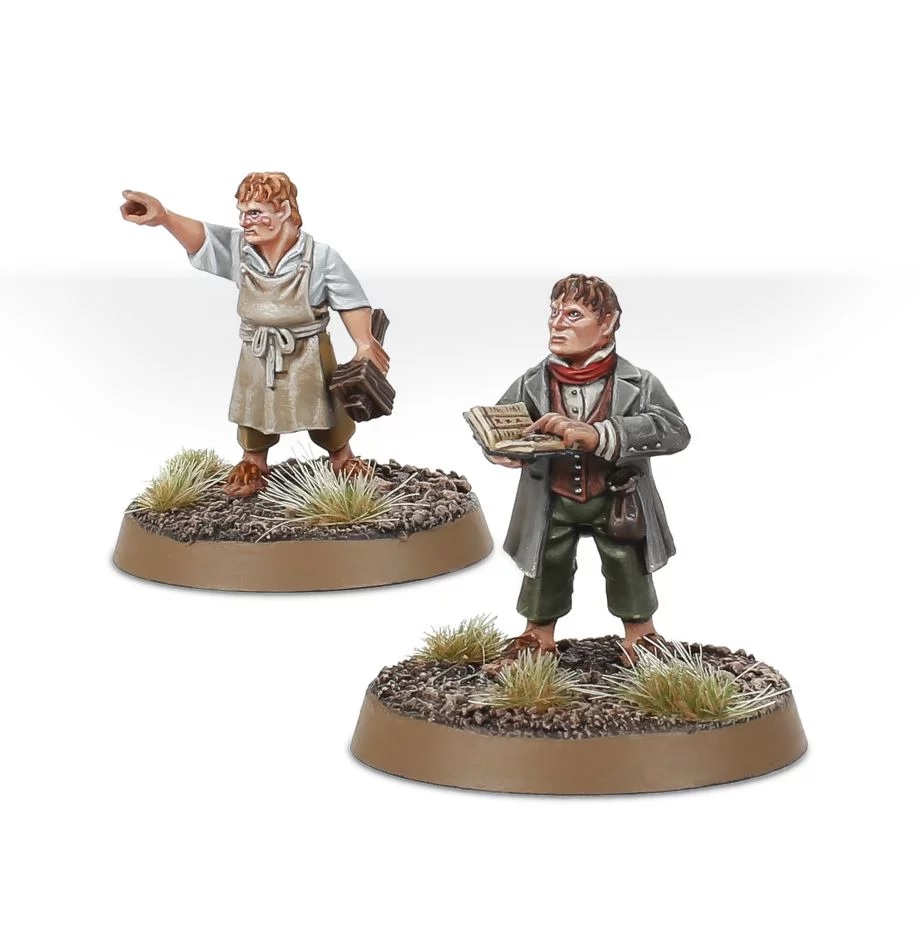 The miller’s son, Ted Sandyman had never been the most popular Hobbit in the Shire, his unwelcoming nature causing most folk to give him a wide berth. Unlike most Hobbits, who were very much against Sharkey’s takeover of the Shire, Ted Sandyman had no qualms about entering into league with the Wizard and his Ruffians. With the help of his new allies, Sandyman ripped down his father’s old mill and built a new, grimmer mill filled with grinding wheels, sweat and smoke in its place. Ted even managed to tempt other, well-meaning Hobbits to his side. 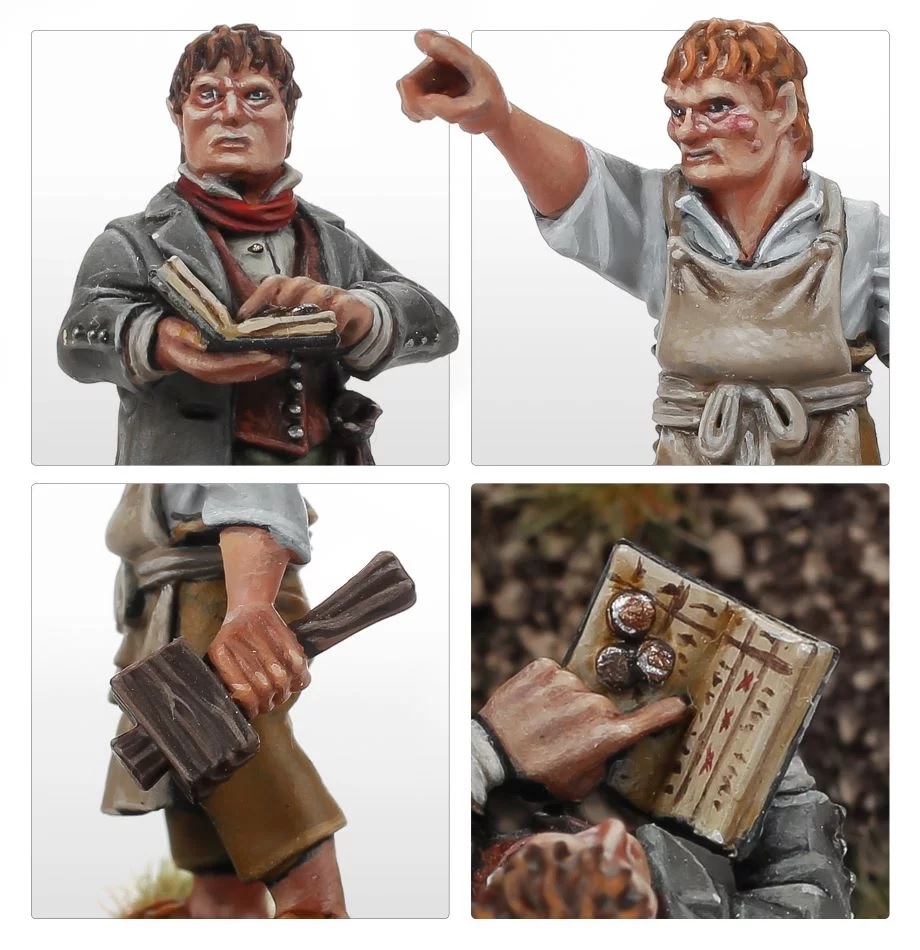 The Sackville-Bagginses have long been a family obsessed with how they are perceived, doing everything to improve their image and their standing – and Lotho was no different. He would do seemingly anything to improve his lot, including bargaining with the manipulative Sharkey. Though his agreement with the fallen Wizard temporarily brought him wealth and power, it ultimately led to his demise… 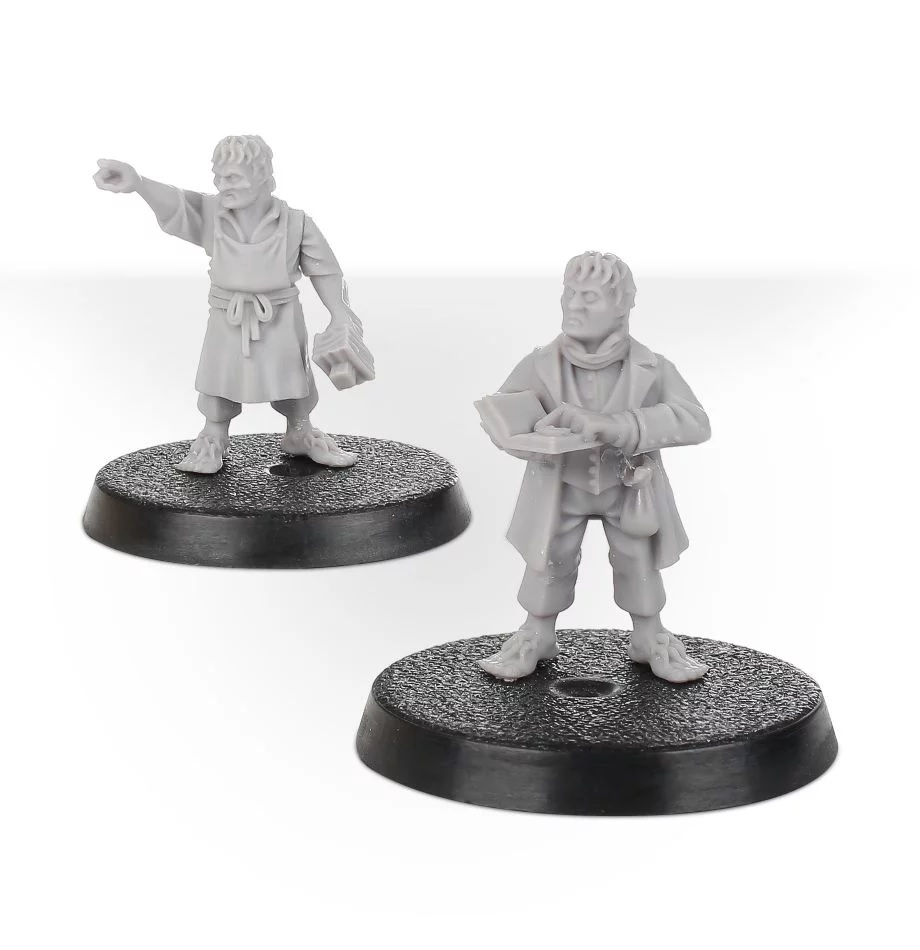 This highly detailed multipart resin kit builds one Ted Sandyman and one Lotho Sackville-Baggins, each supplied with a Citadel 25mm Round Bases. Rules for using these models in games can be found in the Scouring of the Shire supplement.

Watch out for those Hobbit!