Geekery: Where Have All the Creepy Children Gone? 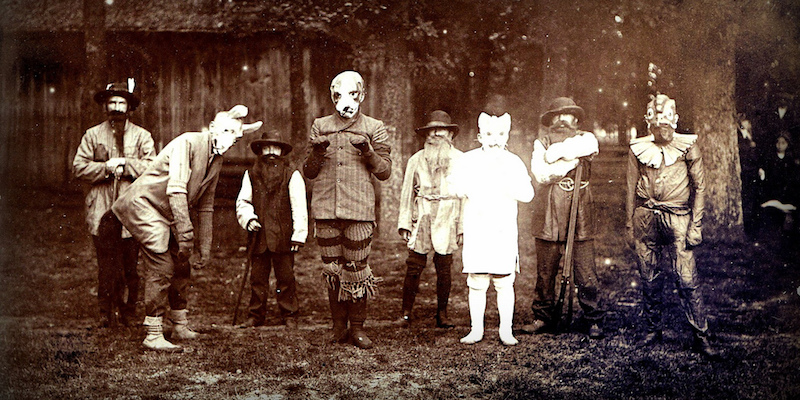 Wait… you mean “Sexy Taco” and all of those costumes from Girls’ Costume Warehouse haven’t always been a thing? Let’s look back at when this celebration was about appeasing dead people and wearing a burlap sack on your head.

Halloween was brought to the US by Irish and Scottish immigrants in the 1800s. The tradition has a base in the Celtic celebrations Samhain and Calan Gaeaf – which were held during a time of year it was thought that fairies, spirits, and the souls of the dead could cross over to the mortal plane. Wearing a costume/disguise was done in part to protect yourself from the spirits. Costumes were based on terrifying supernatural beings and folkloric characters; and homemade out of cloth, paper mache, wax, and stage make-up. 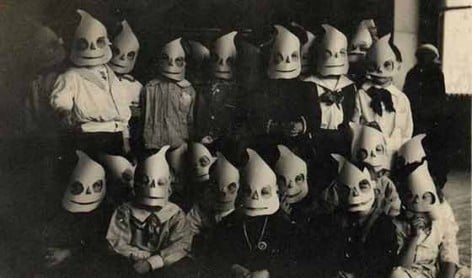 Trick-or-treating was known as guising. People went house to house and recited verse or sang songs in exchange for food and good fortune to survive the winter. The tradition was celebrated in the 19th century with parades and parties and plenty of booze… until Victorian era morality demanded more civilized celebrations at home that costumes and fun be limited to children. 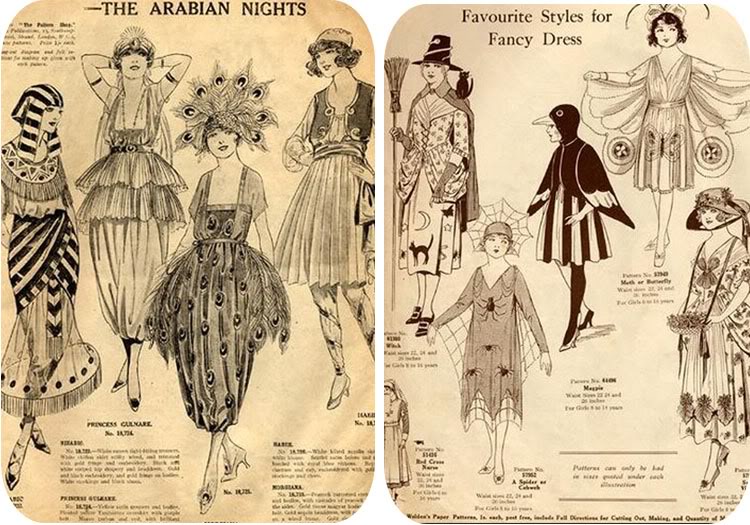 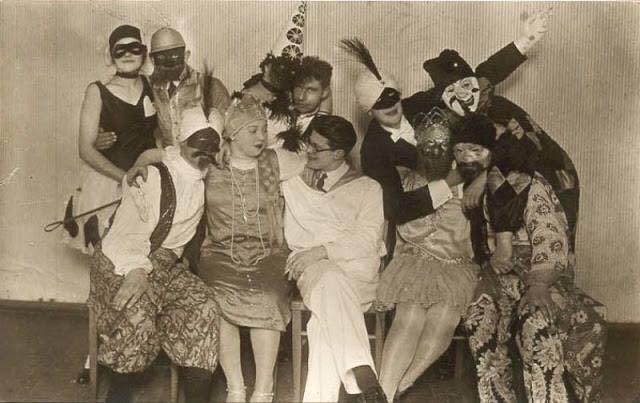 In the 1930s several firms began to mass-produce costumes that added popular characters from comic books and radio to the traditional ghosts and goblins. The trick-or-treating tradition of plastic pumpkin buckets and getting a lifetime’s supply of Tootsie Rolls we have today started in the same era.

With the required word count out of the way, on to the photos of children in creepy costumes! 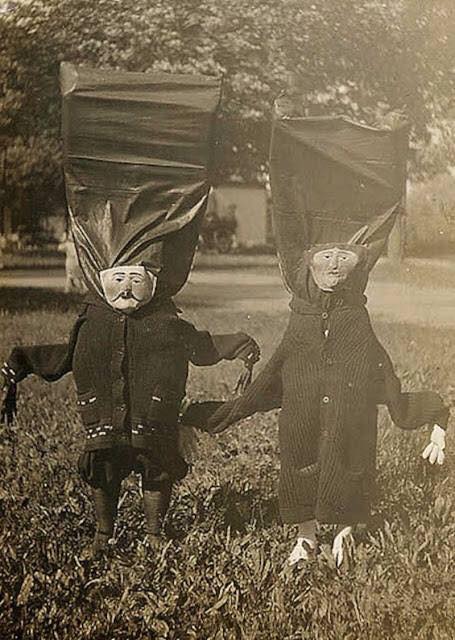 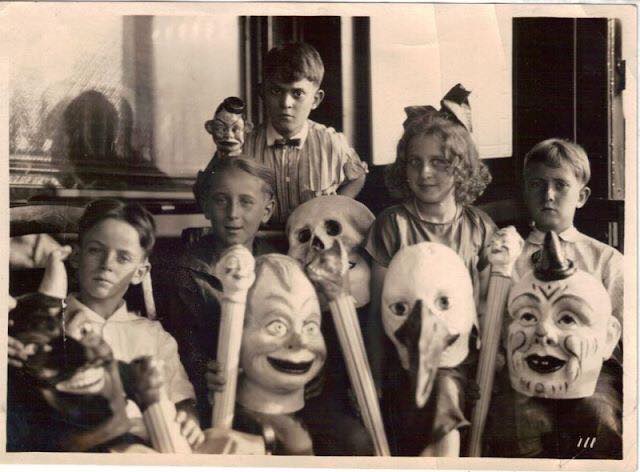 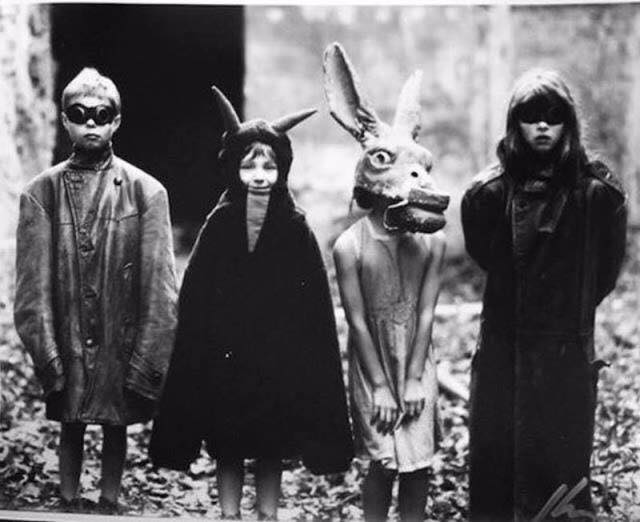 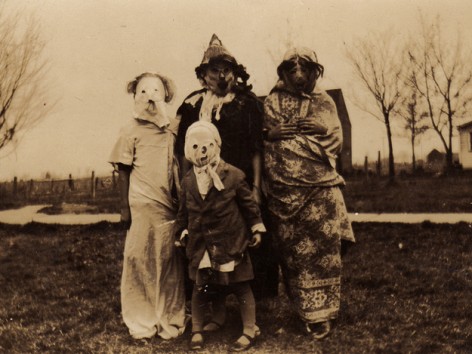 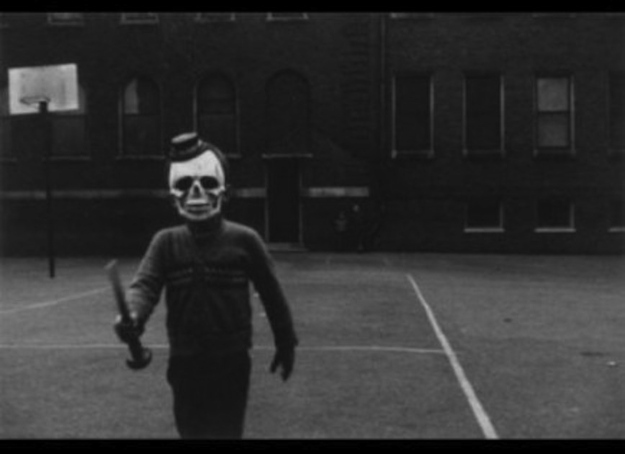 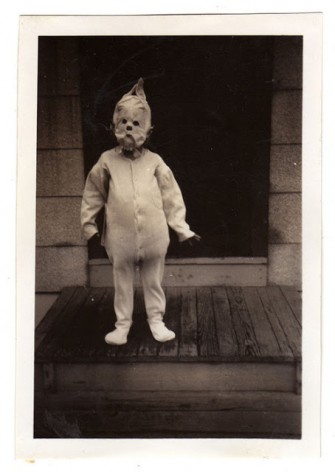 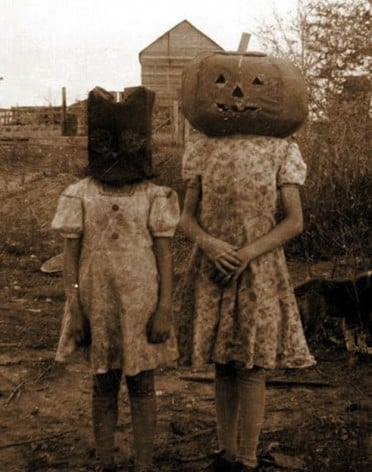 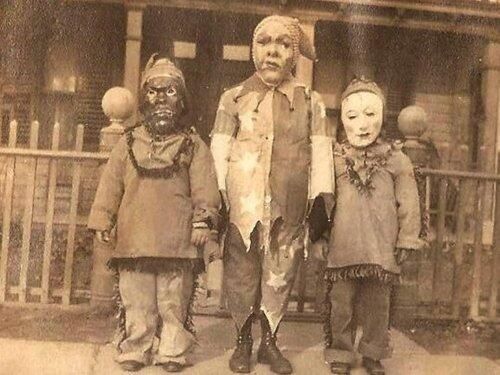 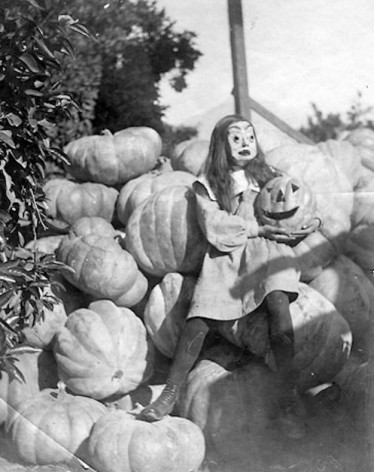 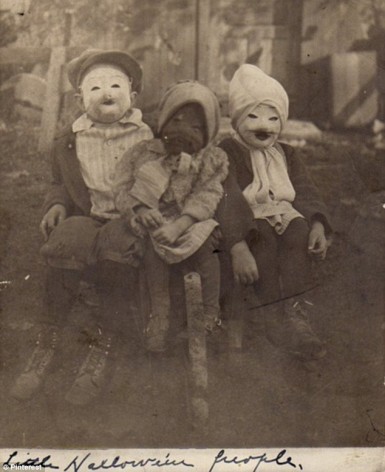 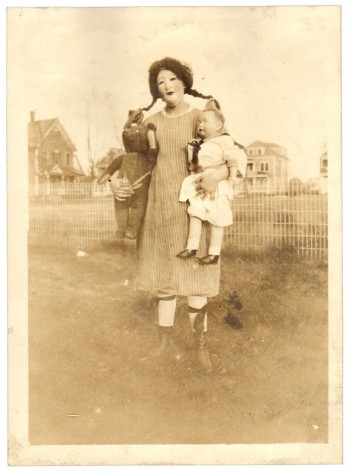 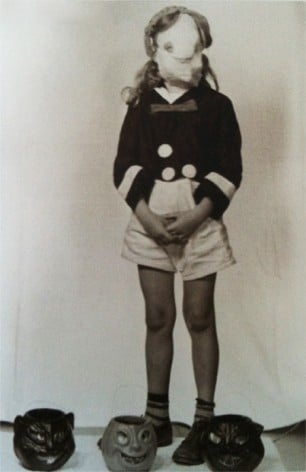 So… what are you doing to appease the spirits so they’ll allow you to survive the winter?