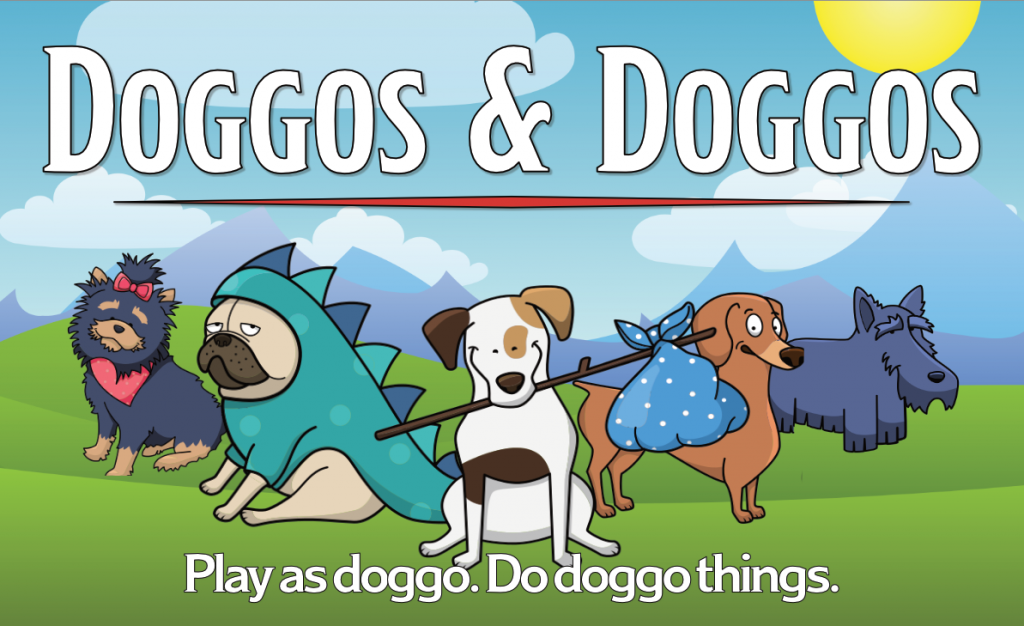 Let’s cap the weekend off with a look at five awesome Indie RPGs that show off the variety of roleplaying games out there right now.

They might not be sponsored by a fast food company, but these five RPGs are a blast. With everything from small games you can play with just one player, to awesome procedurally generated rogue-like RPGs that you can bring any number of friends to, these are all sure to be the hit the next time you and your friends are looking for something new to try. 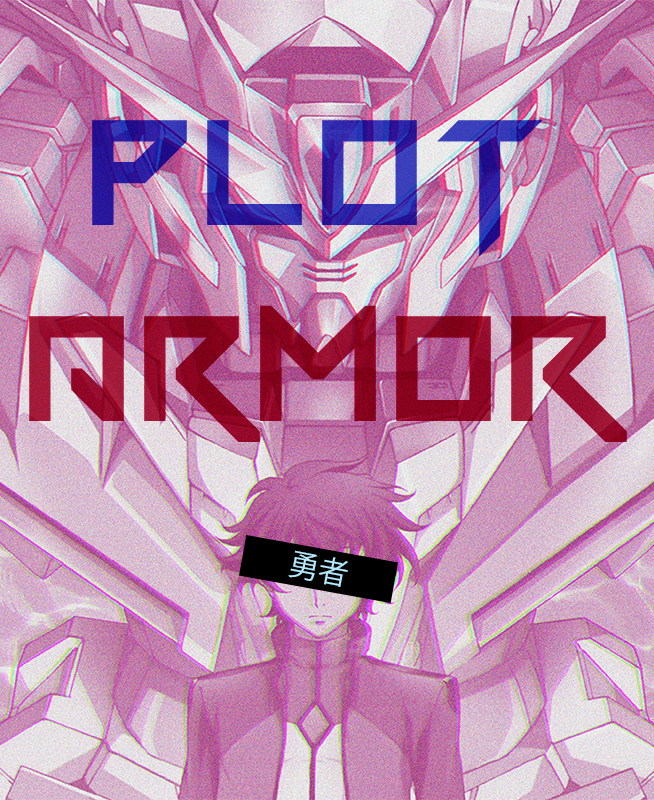 In stories, the hero can’t die until the story is over. If the PROTAGONIST realized this, in any capacity, what would they do?

Live until you die.

In this game you recreate the experience of watching a really great Mecha Anime. It’s a solo RPG, which you might be wondering how those works–you journal and encounter some prompts and start describing what happens next.

But it hits you hard, like the best mecha anime. Like a real good Gundam series, it makes you wonder about relationships–especially your character and their relationship to death and their duty and adventures. You’ll face escalating problems that you have to deal with, and find yourself making choices about what to let get worse. It’s an incredible experience, and I recommend it whole heartedly. 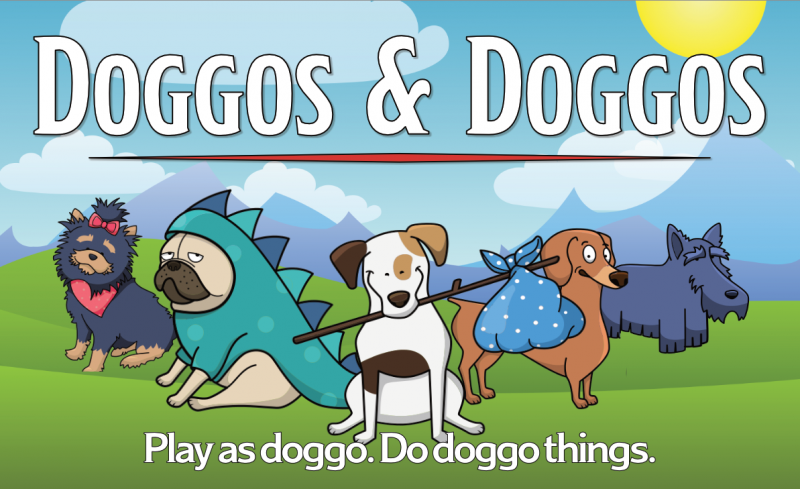 Have you ever wanted to:

Well now you can! With Doggos & Doggos!

This supplement for fifth edition contains:

Be a wizard’s familiar! Utilize your hearvision and smellvision to find things in the dark! Take command with the Staff of Sit, Stay, & Down! Carry a sled full of treasures through the snow without being encumbered! Be a Jock Doggo and speak Jock to other doggos!

Want more? How about this: Play as a doggo from a shelter! Play as a doggo off the streets! You can even play as a cat pretending to be a dog, and no one will be able to tell you’re not a dog! Not even your fellow doggos! Wow!

This is a 5e adaptation that lets you play as a very good boi. You can bork, you can blep, you can mlem to your heart’s content. You’ll play classes like Shelter Pup: 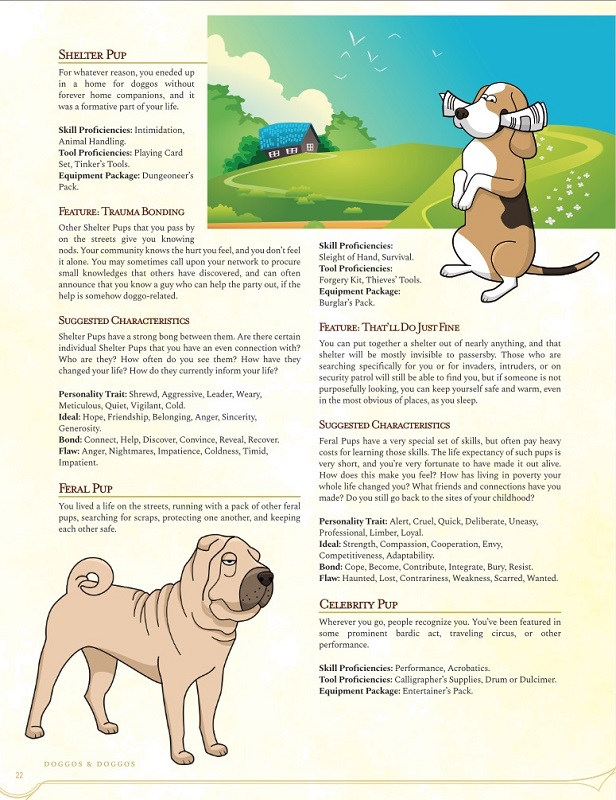 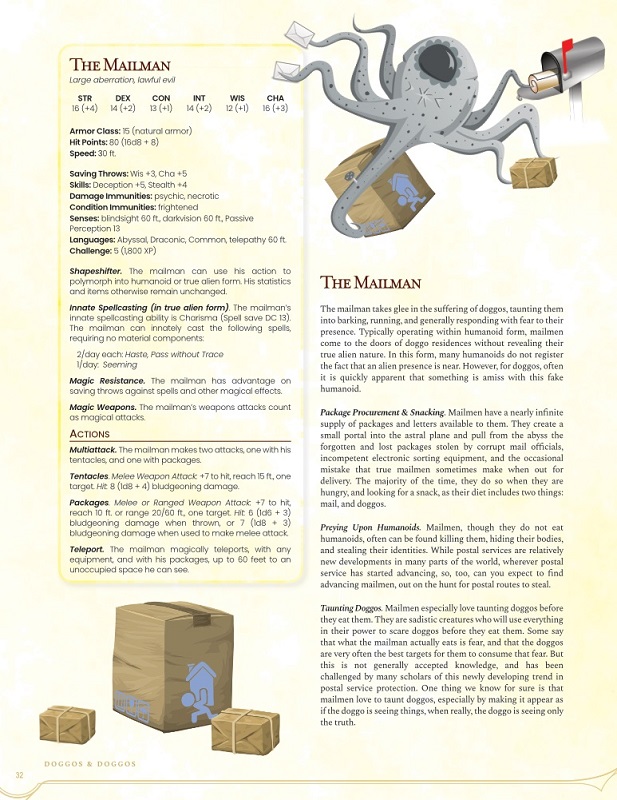 And if you’re already playing D&D, then you’re ready for this the next time you need a one-shot.

Disposable Heroes is a Powered By The Apocalypse Tabletop RPG set in a electro-slick neon futurescape known as Neo-Francisco. This is a future fantasy world where demons, liches, dragons and monsters live in floating pyramids, deep underground lairs and holographic obelixs deep in the heart of a vibrant, pulsing city of music and lights.

You play as employees of Disposable Heroes, the latest gig economy app to hit the scene. Your job is to deliver packages to these powerful and terrifying beings – they don’t like to go out much, you see. Their lairs are deadly, full of traps and monsters that don’t really care if you have a package for Draxxus Bombastus the Lich king – they get paid to stop intruders, and that’s you.

But don’t worry, for every one of you they kill, another dozen eager (broke), hardworking (hungry) and dedicated (late on rent) heroes are ready to take their place.

But this game uses a deck of heroes that are, exactly that, disposable. You’ll never have so much fun dying in a game. I had a chance to play this at Gen Con this year, and it’s a raucous beer and pretzel kind of RPG that you’ll want to add to your repertoire, made by an awesome designer. 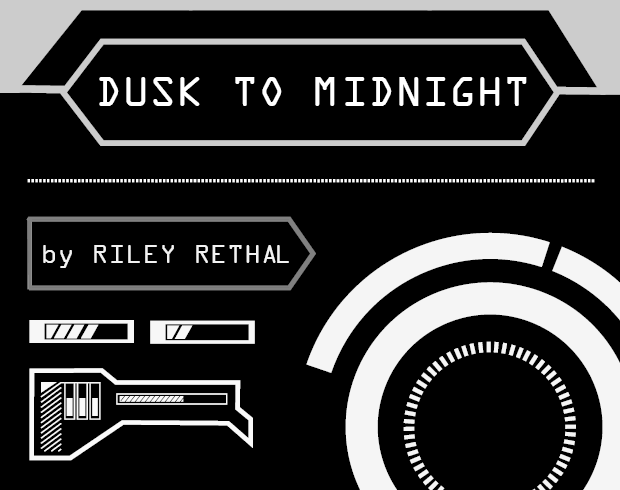 Dusk to Midnight is a GM-less tabletop rpg about doomed mech soldiers in a losing war. It’s a game about relationships, both with your fellow soldiers and with the war itself.

The game uses a unique dice mechanic where your stats are a number 1-6 that represent your relationship with different aspects of your life: the war, your mech, the special skill you have, and each of your fellow pilots. A low number represents a very negative feeling towards that thing, and a high number is very positive.

When you make a move in Dusk to Midnight, you roll 1d6, and take the difference between the stat you’re rolling and the die result. The higher that difference is, the better your outcome. Because of this, the most beneficial stats are the extreme numbers, whether they are a 1 or a 6.

In Dusk to Midnight, your characters will lose the war they have been fighting for who knows how long, but it doesn’t have to be a tragedy. There’s a certain kind of calm in the knowledge as a player that your fate is fixed. Much like real war, there’s no point in gaming the system, as everyone involved has been doomed from the start. This lets players create very interesting stories that let their characters be vulnerable and make mistakes.

This game is a great way to generate that ‘sitting around the campfire’ moment before it all goes down. It’s a reflective game that evokes the Drink With Me number from Les Miserables, which if you’re me, is exactly what you want out of your war stories, but your mileage may vary! 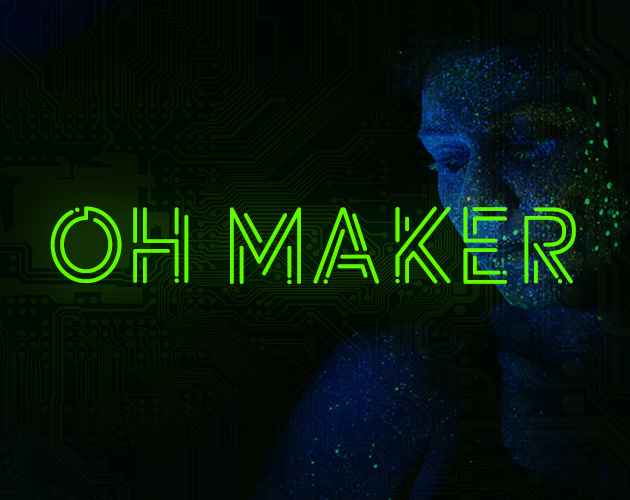 Oh, Maker is a Descended From the Queen card-based game of communal story-telling, designed by Kienna Shaw (@KiennaS) and Jason Cutrone (@JustJasonPls).

In it, 3 or more players take on the role of androids who, through their own unique experiences and exploits, will come to confront their very nature. Select from 10 distinct Creators, those who gave the group form and function, and their respective worlds – or generate your very own – and utilize the various prompts provided to collectively explore the question of consciousness, and maybe even find some answers.

Included in this game are:

“You stand upon the precipice of consciousness. However unintentionally, the creator, your programming, the world you occupy – each lead you to this moment. Do you free your mind and become, or do you fall back into darkness?”

Oh, Maker is the perfect game to get into some real deep sci-fi RPG plots. If you want space opera and action and adventure, of course there are games like Starfinder, but if you want to try and evoke the real heady sci-fi of the golden age, if you want to get some Clarke and Asimov and Le Guin around your table, this is exactly the game you’re looking for.

D&D: Gear Up For Extra Life With Fish Monsters And T-shirts