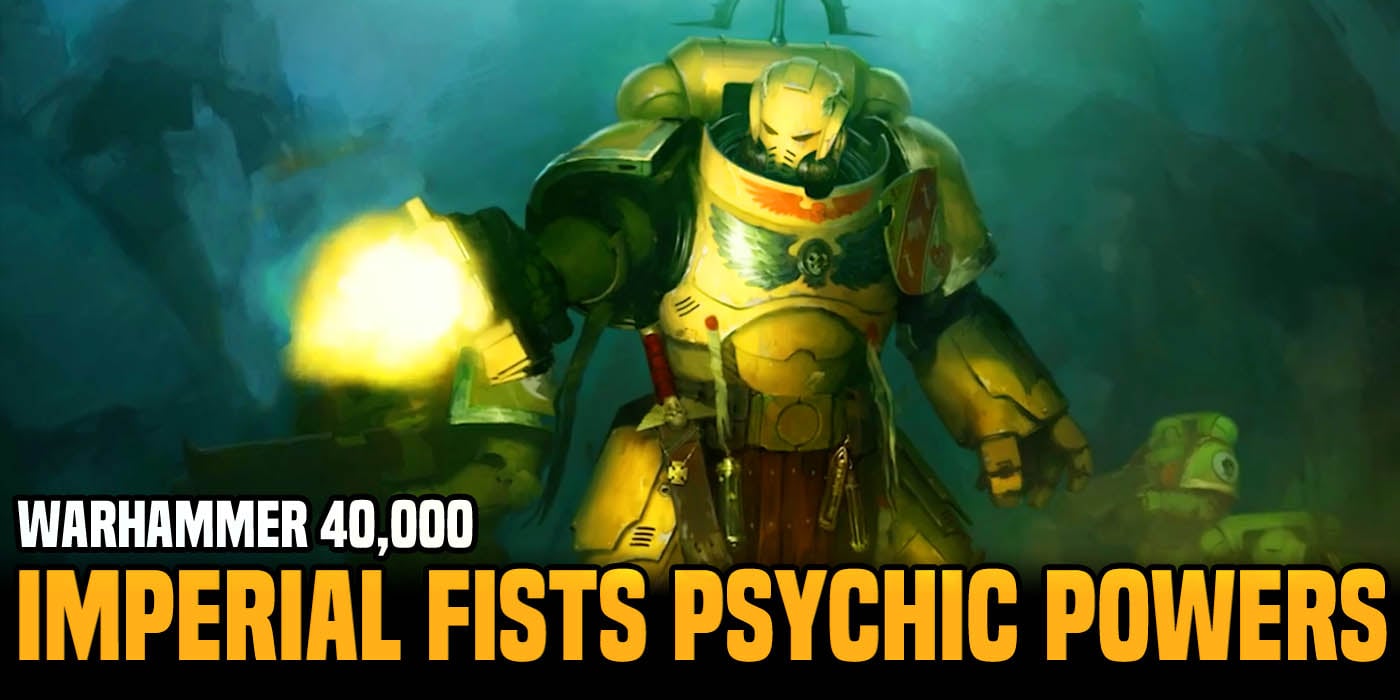 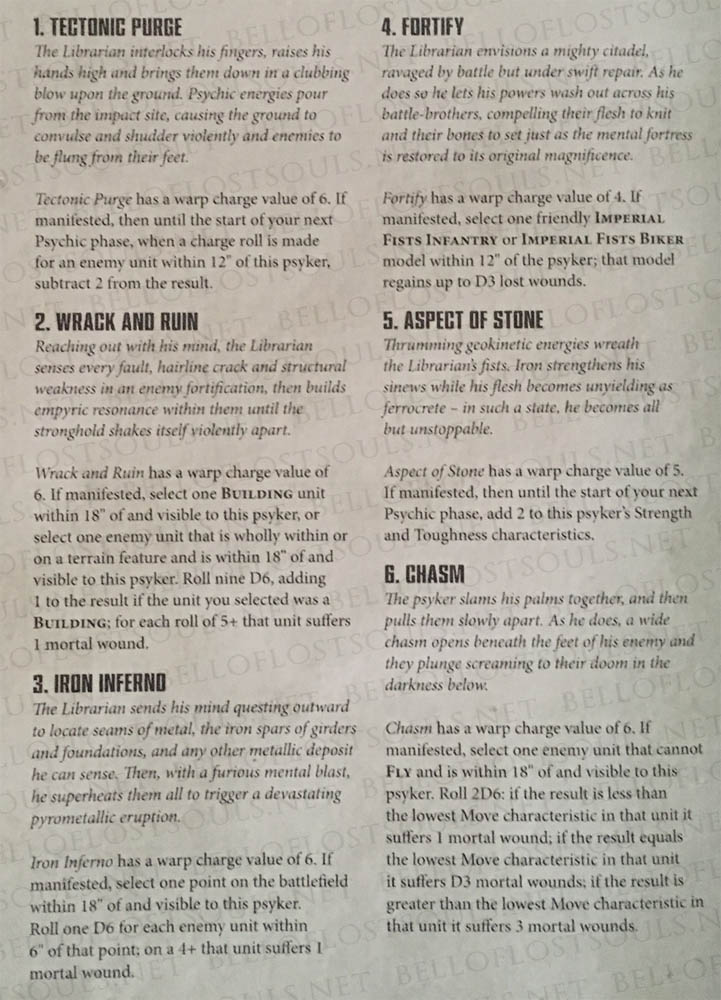 Tectonic Purge is a unique power in the sense that it messes with your opponent’s charge rolls. There are a few abilities in the game that do that but this one generates a pretty large bubble around the Psyker. Imagine this combined with say a Repulsor’s anti-charge field. Have fun with those minuses.

Wrack and Ruin was previewed by GW – unfortunately, I don’t see this one getting picked very often in Matched Play or Tournament settings. It can do some damage to folks who are sitting in terrain and you are chucking 9 D6 at the “attack” and every 5+ is a mortal wound. If nothing else, it might get folks to stay out of cover around you.

Iron Inferno sounds a LOT like an Orbital Bombardment. The difference is that you can do it multiple times per game and it causes 1 mortal wound per unit in range on a 4+. Not a bad option to swap smite out for in your casting order. It really depends on the number of targets around.

Fortify is going to be pretty useful. First off, it goes off on a 4+ so it’s pretty easy to get. Secondly, it helps an Infantry or Biker gain back D3 wounds which is great for keeping your characters in the fight. Who doesn’t want a little healing now and then?!

Aspect of Stone adds 2 to the Psyker’s Strength and Toughness stat. If you were going for a combat oriented Librarian this one seems like a good choice.

Chasm is a lot like Smite, only it doesn’t work on units with Fly. However, it has a pretty good chance at causing 3 mortal wounds…depending on the movement stat of the target. Personally, this reminds me a lot of Jaws of the World Wolf only less abusive. 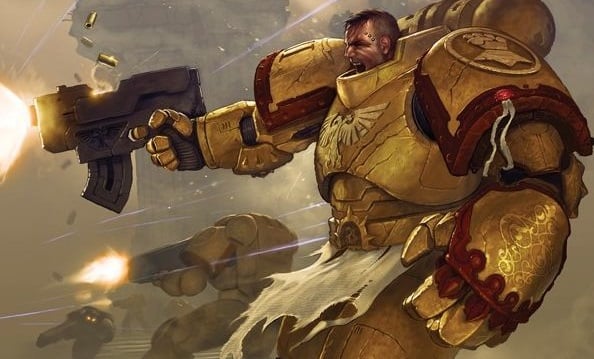 These Powers can be found in the Imperial Fists Codex Supplement which is going up for pre-order this weekend! Stay tuned for even more coverage this weekend.

Author: Adam Harrison
Writer, Editor, Texas Native, and Austinite for 15+ years, Adam covers all things Tabletop Gaming. Which includes Warhammer 40,000, Age of Sigmar, D&D, Board Games and everything else that involves dice, boards, cards and a table. A hobbyist, player, and collector of miniatures and games, Adam's current obsession are his Death Armies for Age of Sigmar, his Blood Angels and Tyranids for 40k, and his ever growing Arkham Horror: The Card Game Collection.
Advertisement
Rules Space Marines Wargames Warhammer 40k
Advertisement

Competitive 40K: A League of Your Own 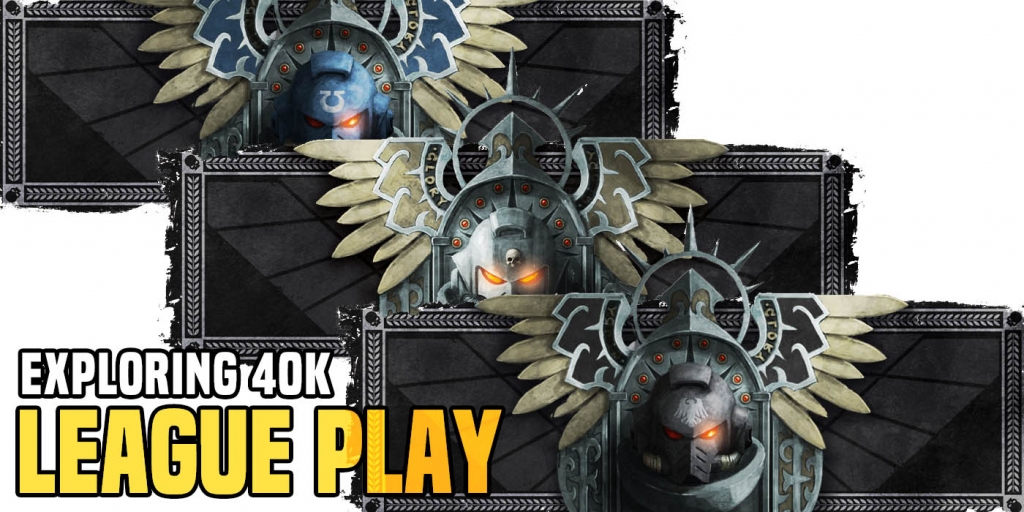