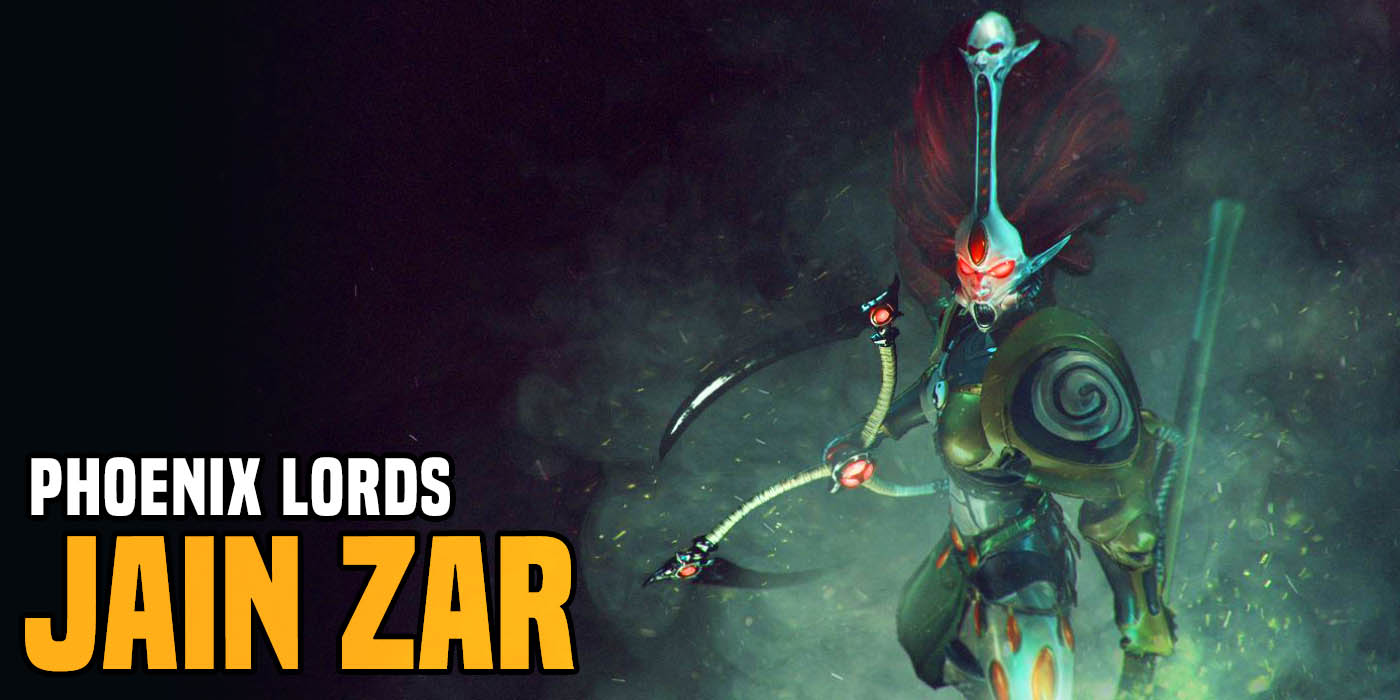 The Phoenix Lord of the Howling Banshees is about to hit the scene with powerful new rules. Check them out!

The weekend is nearly upon us, and amid the cries of “how is it already Wednesday and I still haven’t finished painting my troops” the rules for the two shining stars of the Blood of the Phoenix, Jain Zar and Drazhar, have come out. We’re taking a look at how the Jain Zar has changed and become a master hacker. And slasher. 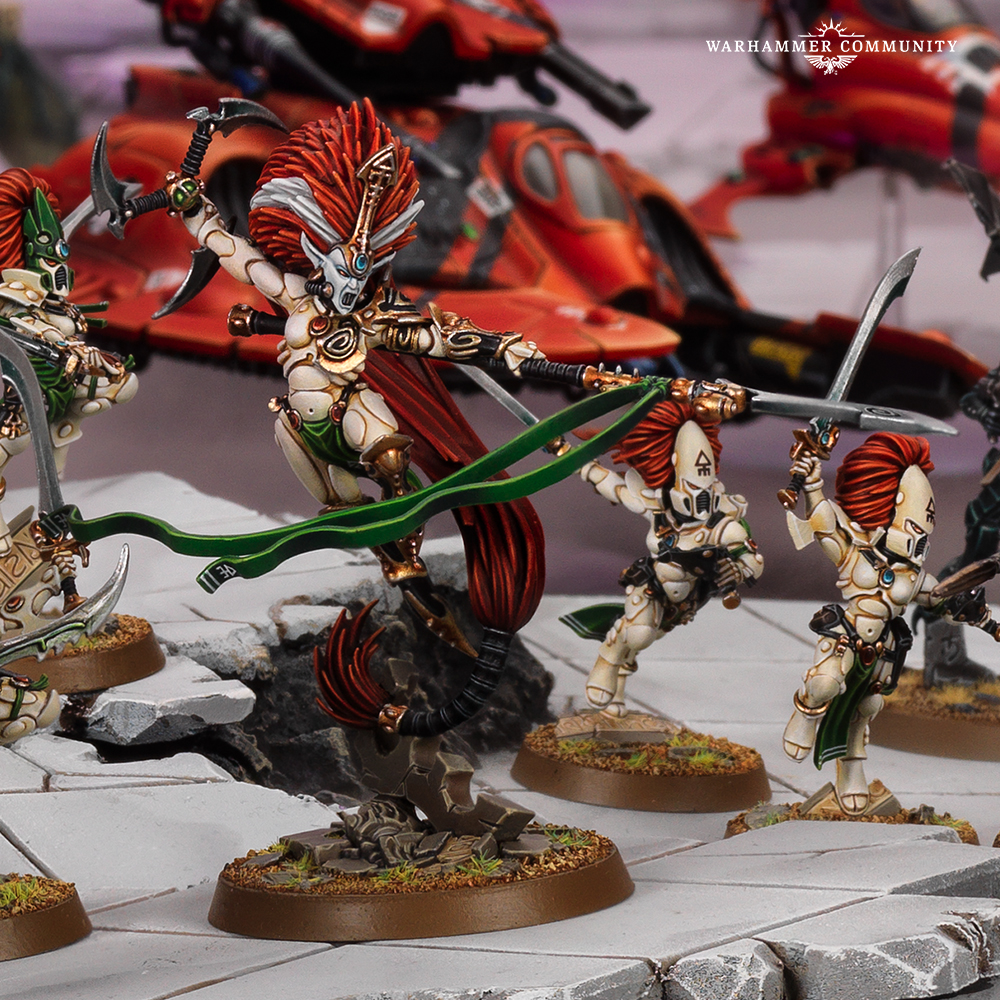 First things first, let’s take a look at her newly improved stat block. She boasts some improvements, and is incredibly swift.

She’s got everything you’d expect out of a Phoenix Lord, and has all the tricks of a howling banshee–the ability to advance and charge and add + 3, the immunity to overwatch, but where she rally shines is with her new combat focus. Jain Zar is powerful, but is meant to target big units of multiple troopers.

Storm of Silence means she can unleash her primary weapon, the Blade of Destruction, against as many foes as are within 2″. She’ll cut through light infantry like butter, but even hard targets like multiwound infantry have reason to fear her d3 damage.

And she always fights first, even if she didn’t charge–and extends the same ability to nearby Howling Banshees.

So, Jain Zar looks to be in excellent shape to lead her comrades into battle. She’s full of surprises, with her extreme range and her variable number of attacks. Zar and a pack of banshees are a force to be reckoned with now, especially with their swanky new models.

All of which will be up for pre-order this weekend. Not into the big boxed set? You can find Jain Zar’s new rules in Phoenix Rising as well, and find out what dread portents the Psychic Awakening holds.

What do you think of these new rules? Let us know in the comments!