The Liege-Kavalos of the Ossiarch Bonereapers is a skeletal knight-commander that hits hard and fast, and will take your bone legions to victory.

Soon, battlefields all over the Mortal Realms will be invaded by the Ossiarch Bonereapers, and hopeful generals will have to pick a worthy leader for their armies. Sure you could go with Nagash or Arkhan (who are officially Ossiarchs now, which is awesome), or the Grand Poobah of Skeletons himself, Katakros, but if you’re like me and want a little bit of customization, look no further than the Liege-Kavalos. He’s strong, fast, and has access to a great host of artefacts and traits, so unleash him in the way that best fits your army. 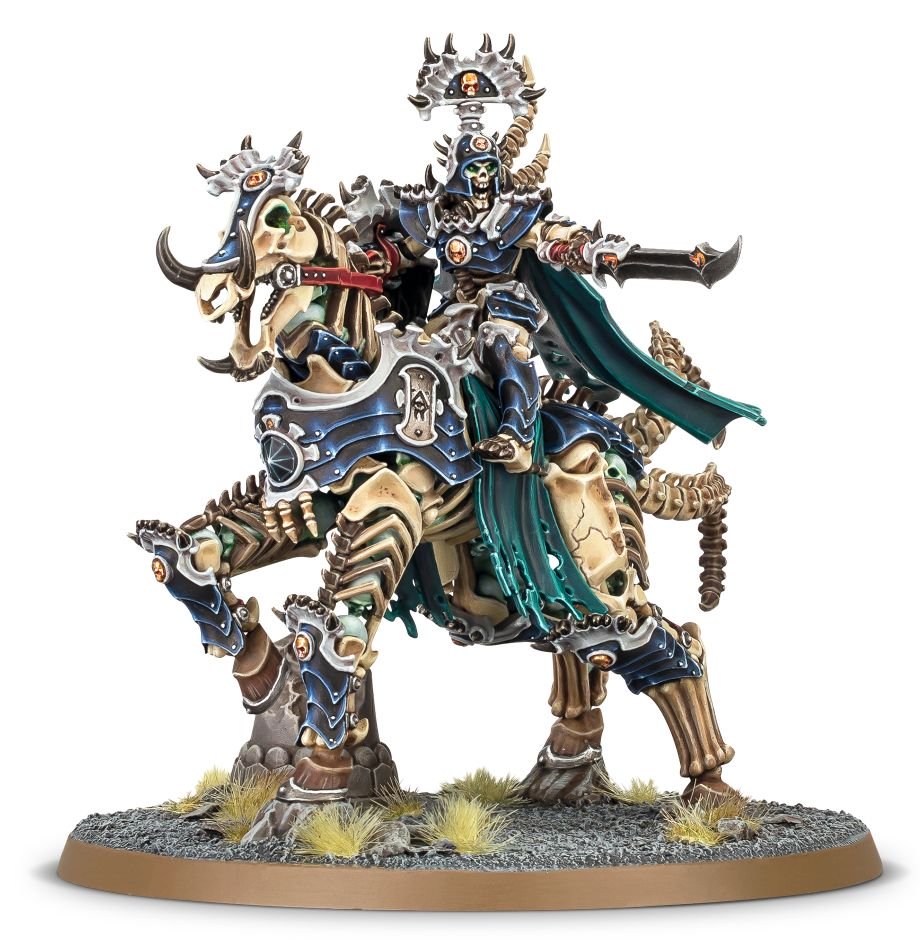 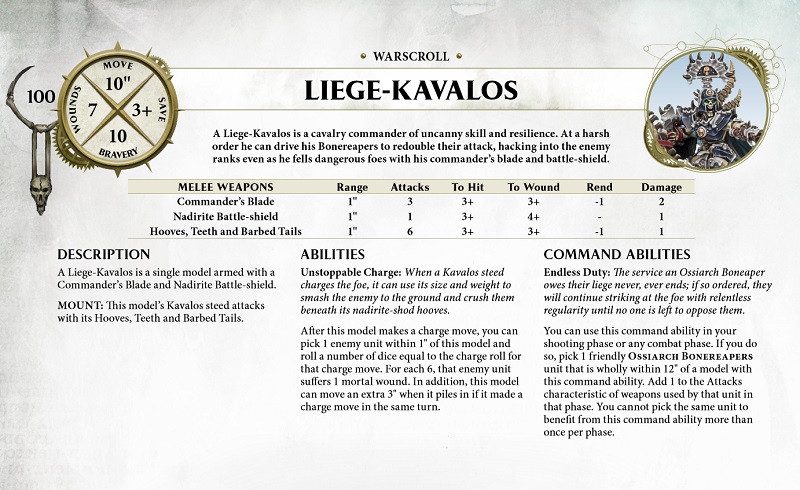 This means that, should all the attacks go through, the Kavalos can throw out 13 wounds every combat phase, which for a non-Monster hero is insane. And should you use the command ability of the Petrifex Elite to increase all of his Rend by 1, or the Null Myriad artefact to make his attacks bypass armor and FnP, you can all but guarantee that all those wounds land. But worry not, that’s not where the Kavalos pain train ends, and he can soften up a unit even more when he charges. 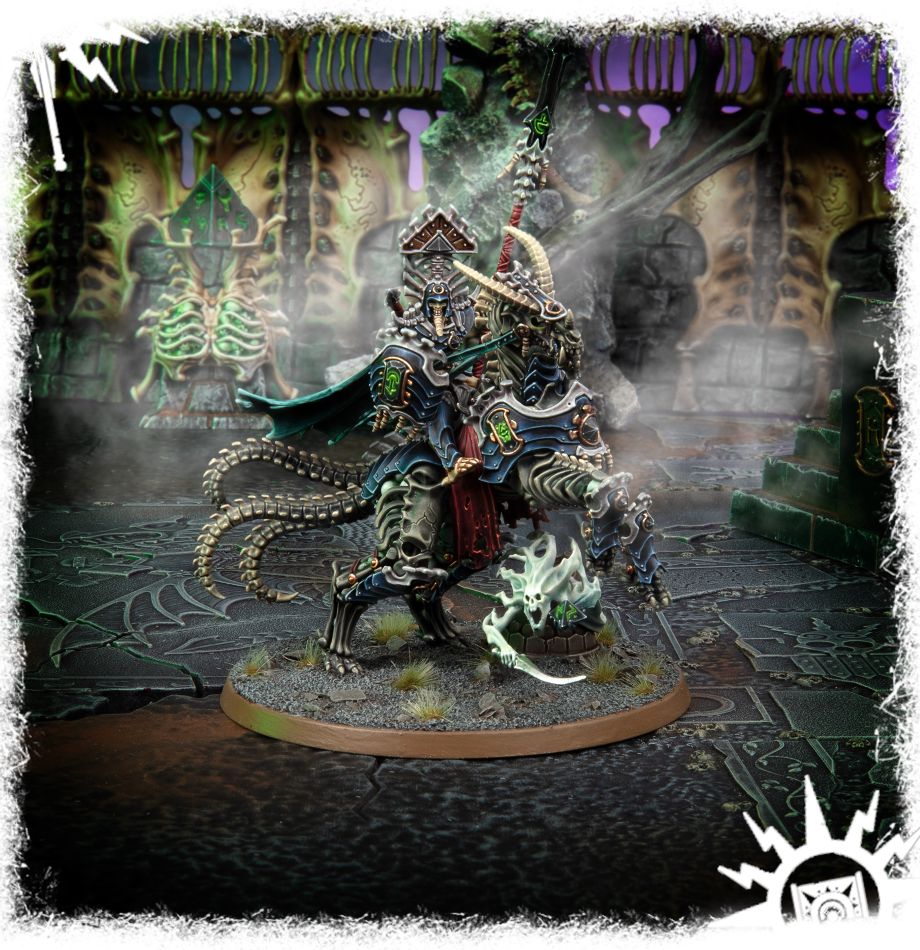 The Unstoppable Charge ability allows him to pick a unit within 1” after he charges and roll a number of dice equal to the charge roll, dealing a mortal wound on every 6. And should your opponent try to be cheeky and remove models from the front rank to pull them out of combat, you can pile in 6” the turn you’ve charged, so you can chase them down. If after all that you still haven’t done enough to wreck a unit, you can pop the Kavalos’s command ability to add an extra attack to all of his weapons, or all the weapons of any unit wholly within 12”. When it comes to combat lords for Death, you can’t get much better than this guy.

Unlike the rest of your army, the Kavalos is relatively fast, with 10” movement, so he can pace ahead of your footsloggers to soften up important targets or shut down warmachines. He’s also tough, with 10 wounds and a 3+ save, plus his 6+ FnP save should anything break through. If you also come from the Petrifex Elite, then your save is increased to a 2+, and if your Kavalos is the general he’ll also increase his wounds to 9, which will make him extremely difficult to put down. If you want to really watch your opponent pull their hair out, give him the Godbone Armor as well, and should any wound bypass all those saves, the first one every phase it negated. The Kavalos is going to dish out a ton of pain and stick around to keep doing it.

Will you be using a Kavalos?

Author: Clint Lienau
Originally from North Carolina, Clint comes to Austin as the latest in a long list of haunts of a wandering actor. An avid gamer, writer, actor, pyrotechnician, and general nerd, he writes two Age of Sigmar weekly articles for Bell of Lost Souls from a slightly less than meta angle, plus a weekly tournament roundup. When not busy being a clueless cowboy, Winterfell Bannermen, or whatever else acting life throws at him, he enjoys reading folklore from around the world, writing narratives for his Wargaming armies, or watching all the movies he can. Look for his storytelling podcast, By the Dancing Fire, or find him on Twitch at RedWendigo13.
Advertisement
Age of Sigmar Miniatures Rules
Advertisement