D&D: Psionics Are Back In The Latest Unearthed Arcana 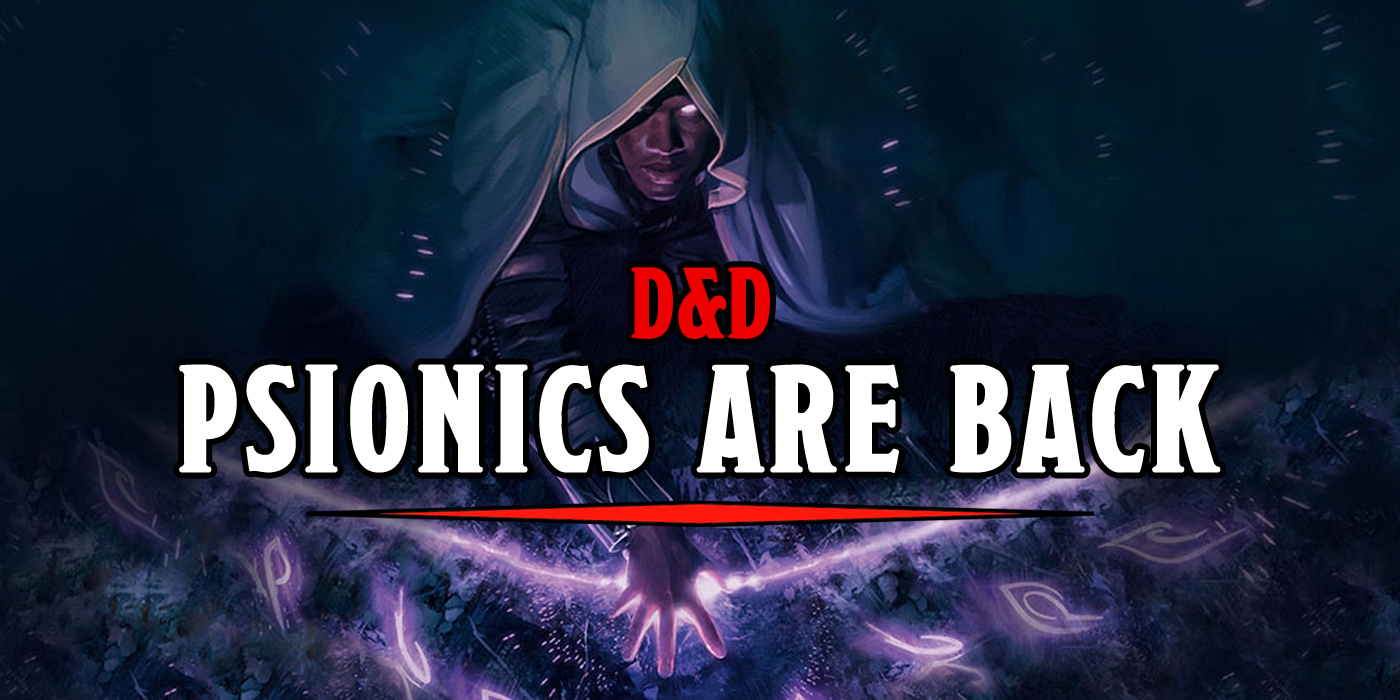 Psionics are back in a big way in the latest Unearthed Arcana. The psecret to psionics is psubclasses–check out how three classes use their brains.

A warrior wielding blades of psychic energy, a rogue creeping through plain sight, hidden in the shadows of their target’s mind, a thin but powerful (and probably bald) person using their mind to conjure forth a barrage of effects to pummel foes or move them telekinetically. These images are equally at home in sci-fi and fantasy, thanks largely to the work of John W. Campbell, which is a huge example of how one person’s ideas can shape an entire genre for better or worse. For our editor’s sake I won’t get into that right now, but whatever the origins of the idea, psychic powers have long been a part of D&D, but they have always been somehow separate from the rest of the game. 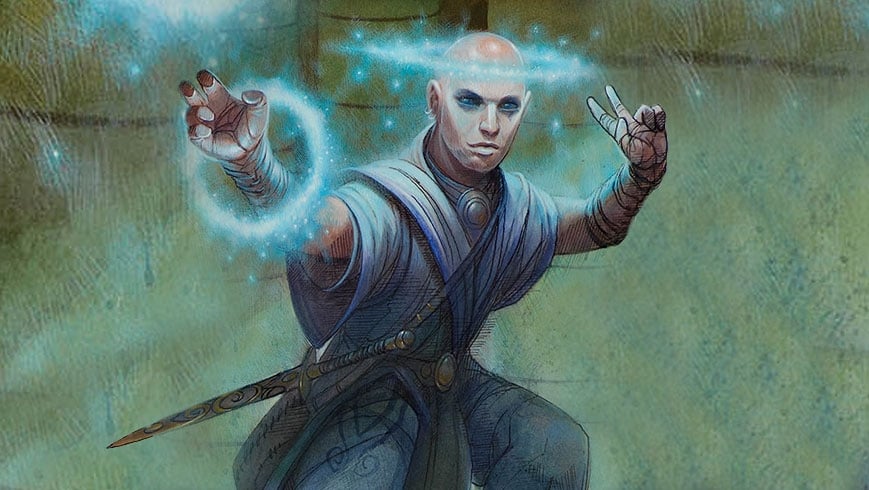 No longer. There is no longer an arbitrary distinction between what makes a spell a spell and a psionic power that functions exactly like a spell also a psionic power. In fact, if you look at the breakdown of the latest Unearthed Arcana, it seems psionic powers no longer need their own system of points and percentages. You can just have psychic powers–these rules are perhaps some of the most elegant, workable psionics rules in the history of D&D.

They are eminently usable. By which I mean, you can run a fully psionic class (perhaps even a fully psionic party) using nothing more than a writeup of the subclass. That’s how easily they fit into the game. That’s why it feels like, if ever we were going to see canonical rules for psionics in 5th edition, they’d look like the ones featured here. So let’s take a look.

Just in case nobody knows the deal–psionics are powers that come from using your ingrained psychic powers. There are three subclasses featured that show how you can bring psionic powers to Fighters, Rogues, and Wizards. First up, the Psychic Warrior. 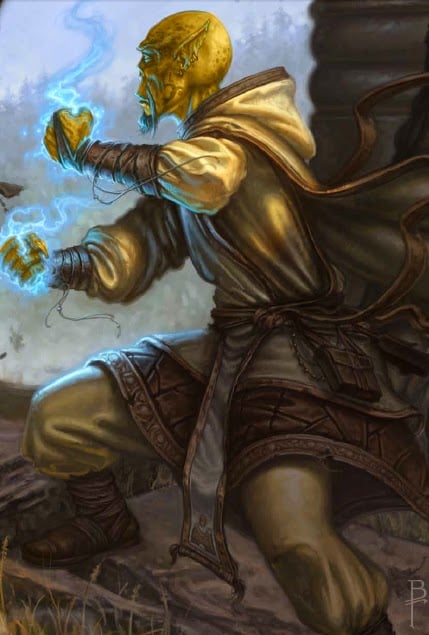 This is such an elegant Fighter subclass. It does everything you’d want a psychic warrior to do. These are the warriors who are already good at fighting, and then you layer in psionic abilities on top of that to help them create their own special effects, like shielding themselves from damage or dealing extra damage, or using telekinesis to push or pull your foes around while you slash them with your lightsa–er–magic sword. 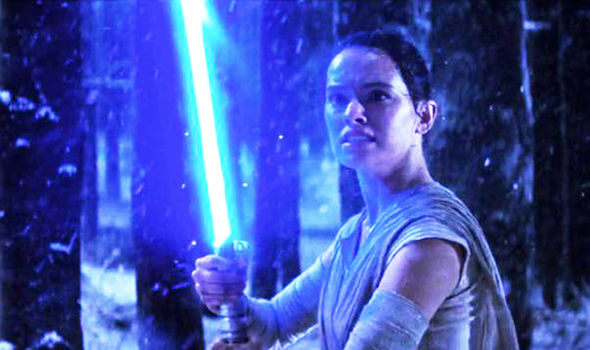 Truthfully though, this does feel like one of the best ways to handle that blend of psychic power and martial prowess. It doesn’t awkwardly step on the toes of the Eldritch Knight or anything, here’s how it works. At 3rd level you gain Psionic Armament which lets you use your psychic powers to gain incredible foresight for your defense–using your reaction to reduce incoming damage by a d10 (or d12 at 10th level), or to lash out with psychic damage when you strike, dealing an extra 1d4 (or 1d6 at 10th level) psychic damage once during each of your turns. If you ever needed proof that dealing damage is what really matters in D&D here’s a great example.

You also gain a “ribbon” which is what they generally call a class feature that gives you a small out of combat bonus that isn’t necessarily useful, but definitely flavorful–in other subclasses this might be some kind of tool proficiency or the ability to speak an unusual language. Here though, you gain Telekinetic Hand, which is basically just Mage Hand but you can make the spectral hand invisible to represent the standard image of someone just moving something with their mind instead of a literal magic hand.

It’s a nice touch–but also Mage Hand is one of the best spells in the game, not for its combat ability, but for what you can do with it. As far as it being invisible, I would be willing to bet that 99% of you were already playing that way anyway, but it’s nice to have it codified in these specific rules.

At 7th level, Strength of Mind lets you use the force…of your mind to push or pull an enemy toward or away from you while also dealing damage to them. It’s basically a bonus action spell that you gain up to your Intelligence modifier uses of per long rest, complete with a save against your Int modifier–so you’ll want strength and intelligence if you’re playing one. But you needed that if you were an Eldritch Knight and this feels cooler.

Telekinetic Bulwark, gained at 10th level, is even cooler than that. Instead of making one of your attacks during an attack action, you can instead create a bastion of psionic power around yourself, which is a 10 foot aura that gives you and your allies half cover and advantage on your strength save. And that only costs you an attack–but not your augmented damage one–you can still use your other telekinetic abilities too.

At 15th level you gain Agonizing Strikes which lets you add an extra psychic blast to your attack. When you hit a creature you can deal 2d10 extra damage just for playing, and then if they fail a Constitution save, they fall prone and take disadvantage on ability checks until the end of your next turn. Like most things, it’s limited by long rest, but it still feels great.

Finally Psychic Dreadnaught at 18th level is a fantastic capstone. You can use your reaction whenever you take damage to grant yourself 10 rounds worth of regeneration, increased movement, and the ability to get up from prone with only 5 feet of movement (as opposed to half).

I love the way this fighter feels. Every subclass feature feels like it’s giving you something new to play with while still deepening your psionic abilities. It never feels like trying to balance too much new stuff against just being a Fighter, instead slotting right in. I could see this easily played alongside a Battlemaster or Champion or Eldritch Knight. 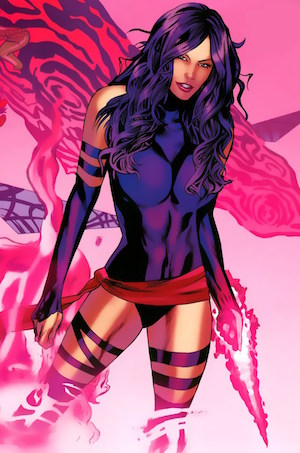 Rogues are up next with the Soulknife. This one is less involved–but that is largely because Rogues get most of their goodness from being rogues–nevertheless it makes psionic rogues feel fairly distinct. These are the psylocke/dark templar equivalents. Their big deal is manifesting blades of psychic energy, as defined by the 3rd level feature Psychic Blade, which lets you manifest one or two blades as a bonus action. These are basically short swords, but they deal 1d6 psychic damage and can be thrown.

You also get Psionic Enhancement which gives you a passive buff to either communicate telepathically, move faster, or increase your hit points by your Int modifier plus your rogue level. This makes them surprisingly resilient, even at 3rd level.

9th and 13th level give you some features that make you a little more spooky, with Terrifying Blade letting you cause fear in a creature that is damaged by your psychic blades (no limit on this, but once they save they’re immune for 24 hours), while Psychic Veil lets you turn invisible for up to 10 minutes until you make an attack/make someone make a save.

At 17th level Rend Mind gives you some big damage hits, letting you do a single attack that deals 12d6 psychic damage and stuns your target unless they save at a higher than normal 10 + Int Modifier + Proficiency DC. And if you’re hidden, your target has disadvantage on their save, so you will just ruin someone’s day with his. 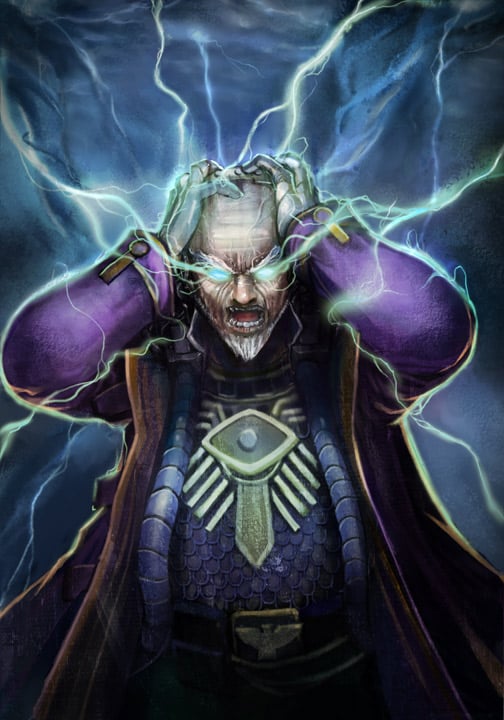 Finally Wizards gain the subclass with a statement that is sure to rub some gamers the wrong way though, as it is all about studying magical power “in all its forms, including the magic of Psionics.” And it’s basically if you want to be a Psionicist, play a Wizard. You gain a special psionic focus which lets you cast spells and grants you a reroll of damage dice that come up 1, as long as you’re dealing psychic or force damage.

Psionic Devotion, gained at 2nd level teaches you modified versions of either friends, mage hand, or message. And the modifications to these spells are pretty spicy: friends no longer makes the target hostile to you at the end of it, mage hand can be invisible, and using it is a bonus action, and message can just be completely telepathic. These represent key psychic powers. Aside from your spells and modifications to them, you can transform your body into a Thought Form at 6th level. You use a bonus action and assume a form of pure, glowing (out to five feet) psionic energy. While you are an energy being, you can cast any spell without needing verbal, somatic, or material components (unless they cost extra), and you are also resistent to psychic and bludgeoning, piercing, and slashing damage from nonmagical attacks. Fairly solid defensive option.

10th level is another big one for Psionic Wizards. They gain Mental Discipline which lets you automatically learn telekinesis, dominate person, or scrying, as well as casting whichever one you pick once per day without needing a spell slot; and Empowered Psionics which lets you add your Intelligence modifier to spells dealing psychic or force damage, but only to one target (and not to one roll either, so your magic missile shenanigans are limited to evokers until they nerf that).

Finally at 14th level, you gain Thought Travel which lets you fly and hover while you are in Thought Form, as well as moving through other creatures and objects.

Once again, these rules feel so ready to use. I’m quite impressed by them, but am eager to see whatever book these would appear in–along with the other subclass variants we’ve seen. Which brings us all to one last thing, the D&D team want your feedback on all the Unearthed Arcana core class features, so take some time to fill out the survey linked below.

What do you think of the new psionic rules? 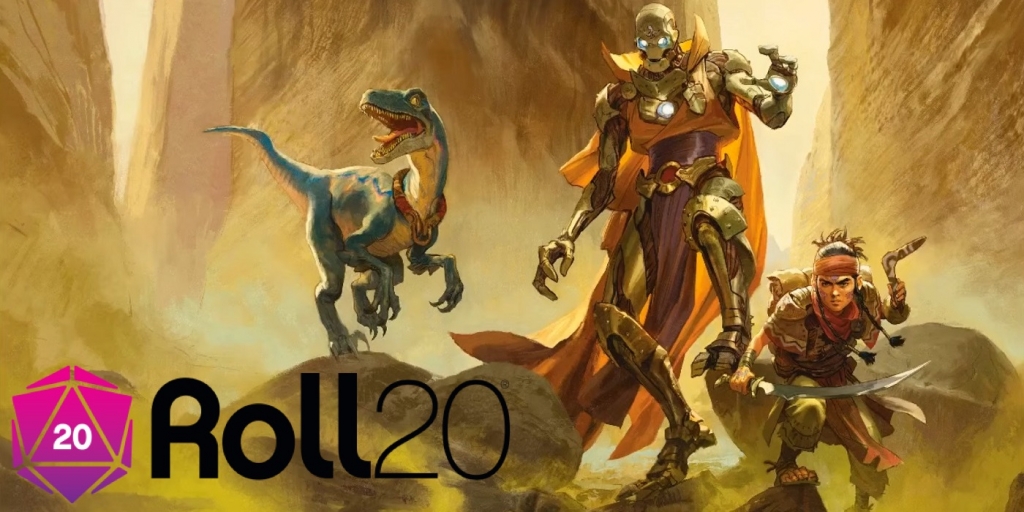