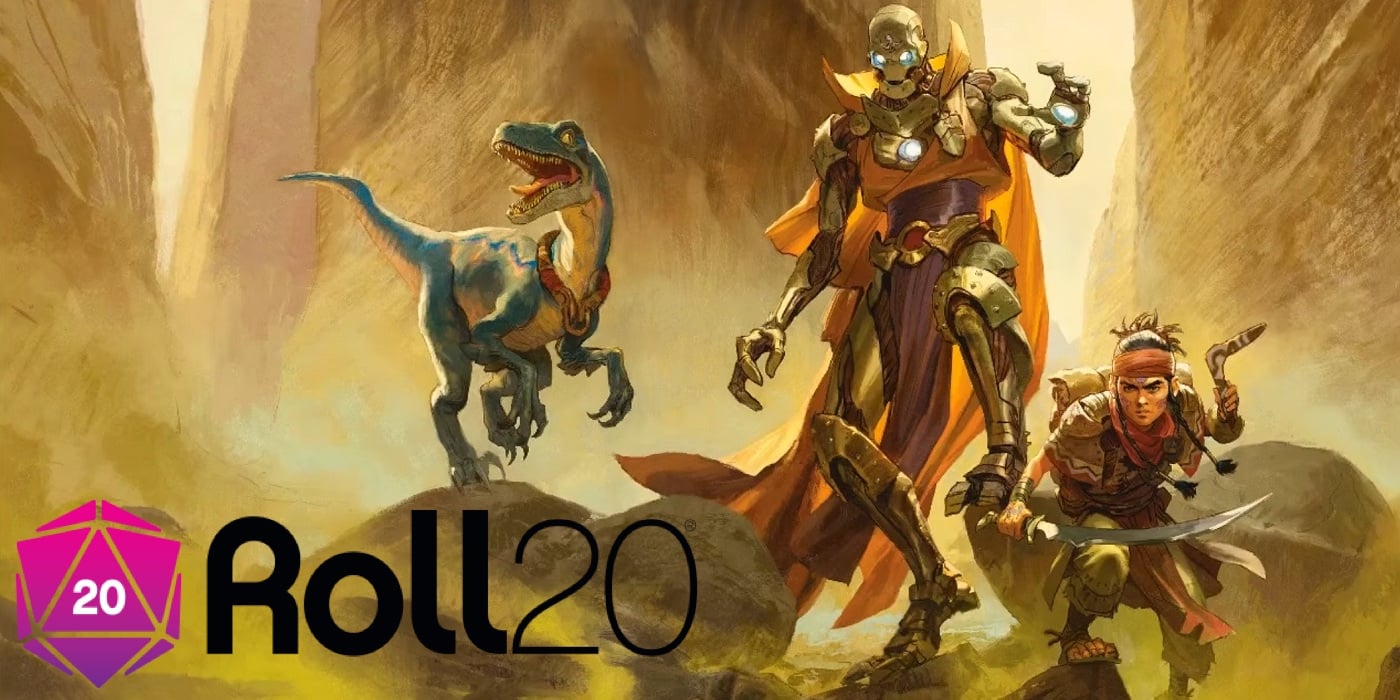 Join DM Adam Koebel and the Roll 20 party as they prepare their characters for an Eberron adventure, and try to take out a Planeswalker. Get a preview of the adventure-filled with magic robots and dinosaurs that is out now – check out our review here!

Eberron—a war-torn world filled with magic-fueled technology, airships and lightning trains, where noir-inspired mystery meets swashbuckling adventure. Will Eberron enter a prosperous new age or will the shadow of war descend once again?

DM Adam Koebel and players Katie Mae, TK Johnson, William White, and Masood Muhammad Haque on a campaign set in Ravnica to kill off one of the most notorious Planeswalkers…

Author: Mars Garrett
Pop culture staff writer that has been on the BoLS team since 2010. Contributor on the One of Us podcast. Marvel, Vertigo, and dystopian sci-fi fan. Enjoys bad movies, amazing stunt performances, and the internet. Hates rom-coms. (she/they)
Advertisement
Dungeons & Dragons Roll20 RPGs Videos Wizards of the Coast
Advertisement