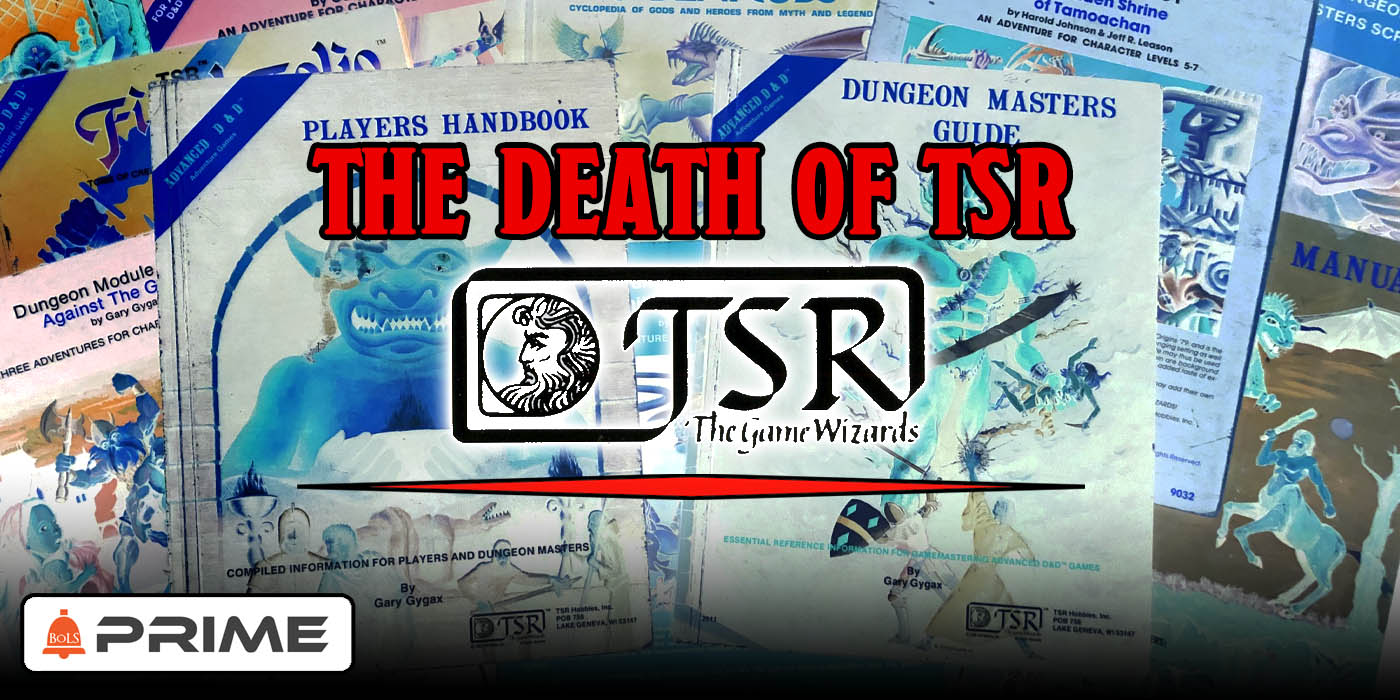 TSR ruled the tabletop gaming industry for almost 25 years. With Gygax gone, D&D blossomed... right up until it all came crashing down.

From its tumultuous start in the '70s to the dawn of the third decade of the two-thousands, D&D has defined the tabletop roleplaying game genre. It's the game that started it all, and in its wake, other games have flourished and offshoots have grown in wild ways. D&D itself has been through five different editions and has been owned by TSR (twice--it's complicated) until it finally found its present home with Wizards of the Coast. But if one of the minds behind Magic: the Gathering hadn't been a fan of D&D and the people creating the game at the time, we might not have D&D as we know it today.

How does the company that made the game with the most players, biggest audience, and widest reach fall apart? Today we're taking a look at the history of TSR as it went from founder of the industry to fading glory. If you're curious about the earliest days of TSR, during the heady 1970s when an audience, hungry for D&D and what it represented, first began to flourish, you can check out our earlier article on the Rise of TSR.

If you're curious about the story about what happened to E. Gary Gygax, one of the two creators of D&D--and the one who wielded the most influence at TSR until he was ousted in 1985, you can ch...