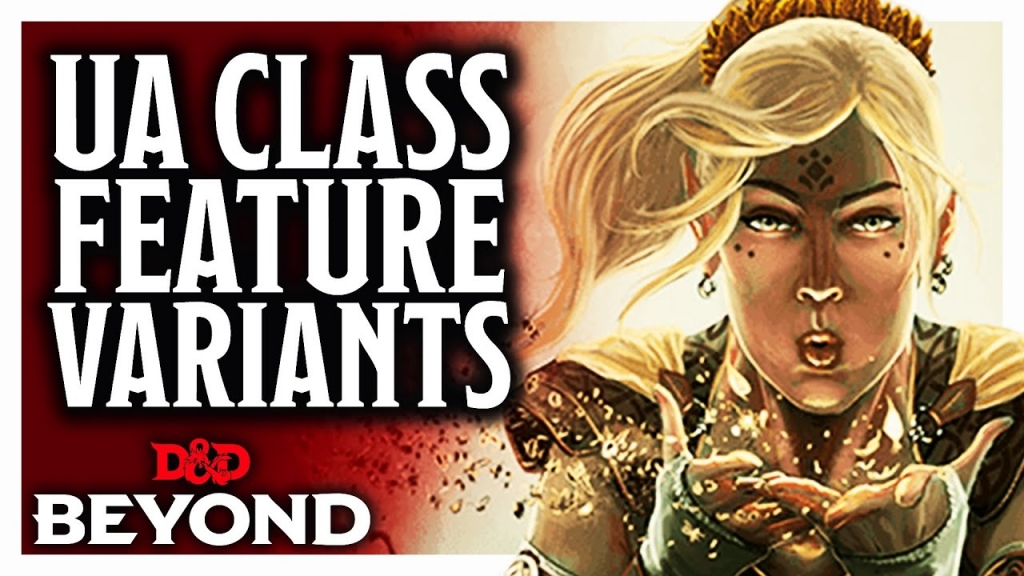 The latest batch of Unearthed Arcana is chock full of substantial changes to many of the core classes. These new features are designed to give new options to players who have been playing the same eleven classes over the last five or so years. Depending on who you talk to, one of the things 5th edition has been lacking is character choice–once you pick a subclass, you’re pretty much locked in to what your character will do, barring the occasional ability score increase/feat choice.

Obviously there’s more if you’re multiclassing, but the latest batch of Unearthed Arcana features more options to layer in with all the familiar ones. And, as Jeremy Crawford, lead rules designer for D&D 5th Edition, is about to tell you, it’s important to remember that these are all optional.

One of the biggest things that Crawford points out is that these changes are meant to account for styles of play that the designers couldn’t anticipate. If you’re playing a sorcerer and levelling up frequently, you might never feel the grind of being locked into place with one of your spells–but if not, if you’re like most people and can only play irregularly or your play never takes you much past 5th level, you still get to feel like you’re experiencing the full scope of the class.

But if you’re wondering about how the class changes apply to certain classes, here’s a look at some of the more specific features. Let’s start with two of the biggest batch of changes, we’ve got Fighters and Rangers, both with some fairly substantial enhancements:

Two of the biggest takeaways are the changes to Favored Enemy–which just gives you Hunter’s Mark as an extra spell, and lets you cast it without concentration (because you were already casting Hunter’s Mark, and it was the only spell your Ranger was doing). And this is only the first draft of it–if it seems strong it probably is. These will get tweaked, doubtless, before the final version ends up in whatever book they’re testing concepts for right now. Here’s a look at the rest of the classes:

What’s most interesting to me is how often they stress that this is not a replacement for the PHB, even if it were to see publication, these would be optional. When balancing, they’re looking to have something that can stand alongside what’s in the original PHB, but not something that is so strong that you’d automatically pick it each time.

Whatever is coming, it’s going to be big. But not so big that it invalidates the PHB.

What do you think we’ll see these changes in? Let us know in the comments, and Happy Adventuring!