Don’t miss out on the OTHER pre-order releases this weekend. Chaos is breaking up the Imperial love-fest with some goodies of their own!

The Adepta Sororitas are the military wing of the Ecclesiarchy. Known by many as the Sisters of Battle, they are an army of pious and highly skilled warriors who purge heretics and enemies alike with their ‘holy trinity’ of bolter, flamer and melta.

This Sisters of Battle Army Set provides you with everything you’ll need to start an Adepta Sororitas collection and field it on the battlefield. In addition to a 25-model Sisters of Battle army led by a Canoness, you’ll receive a copy of Codex: Adepta Sororitas, as well as a handy datacards set and Warhammer 40,000 Core Rules booklet. Finally, there is a set of Miracle Dice, designed for when you’re performing Acts of Faith in the game!

The codex included in the set comes with exclusive cover art and is the first opportunity to get the fully updated Adepta Sororitas rules and background – including datasheets and bestiaries for other units that aren’t included in the Army Set, such as Immolators, Exorcists and Retributors. 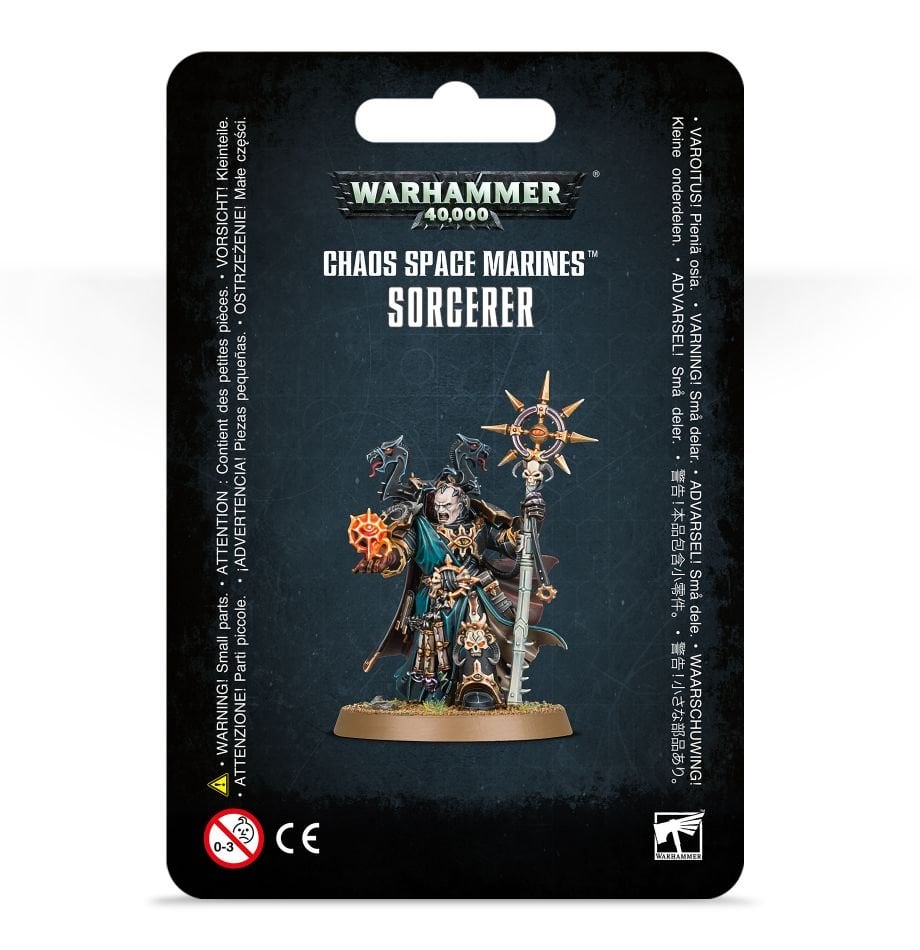 Sorcerers of Chaos shape the destiny of the galaxy with forbidden rituals and unspeakable pacts. They channel the soul-blasting energies of the warp into potent hexes and blasts of flame, as they mould the material universe with little more than a hate-filled curse.

This plastic kit is comprised of 9 components and builds one Chaos Space Marines Sorcerer armed with a force stave. The model comes supplied with a Citadel 40mm Round Base.

The rules for this model can be found in Codex: Chaos Space Marines, Codex: Thousand Sons and Codex: Death Guard.

Book 2 of the Psychic Awakening Series

The epic Psychic Awakening series continues with Faith & Fury. This campaign book features a host of new rules for both the Adeptus Astartes and Heretic Astartes alike – as well as codex expansion’s worth of rules for the mighty Black Templars Chapter! The campaign book also tells a sweeping narrative recounting the tapestry of heroism and villainy woven around the world of the Talledus System.

Inside this 96-page book, you’ll find:

– Exciting background that describes how the time of the Great Rift found the Imperium reeling, assailed on a million fronts by the surging forces of Chaos. The Indomitus Crusade ventured deeper into occupied territory only to discover that the predations of the Great Enemy had intensified. The story then focuses on Talledus sub-sector – how the taint of Chaos had begun to take root there, lurking unnoticed for many years before the Great Rift enabled the Word Bearer fleets to make warp transit to the heart of the sub-sector.

– Missions that allow you to recreate some of the most pivotal battles during the conflict, and war zones that let you bring your battles to some of the most distinctive sites that were fought over.

– Expanded army rules for the Black Templars, including Warlord Traits, Stratagems, relics, Tactical Objectives and even a name generator for the legendary crusaders of Dorn!

– Expanded army rules for the Adeptus Astartes, including Chapter-specific Litanies of Battle as well as upgrades to Chaplains, Techmarines, Librarians, Apothecaries, Ancients, and Company Champions, providing more in-depth rules for these Chapter heroes. 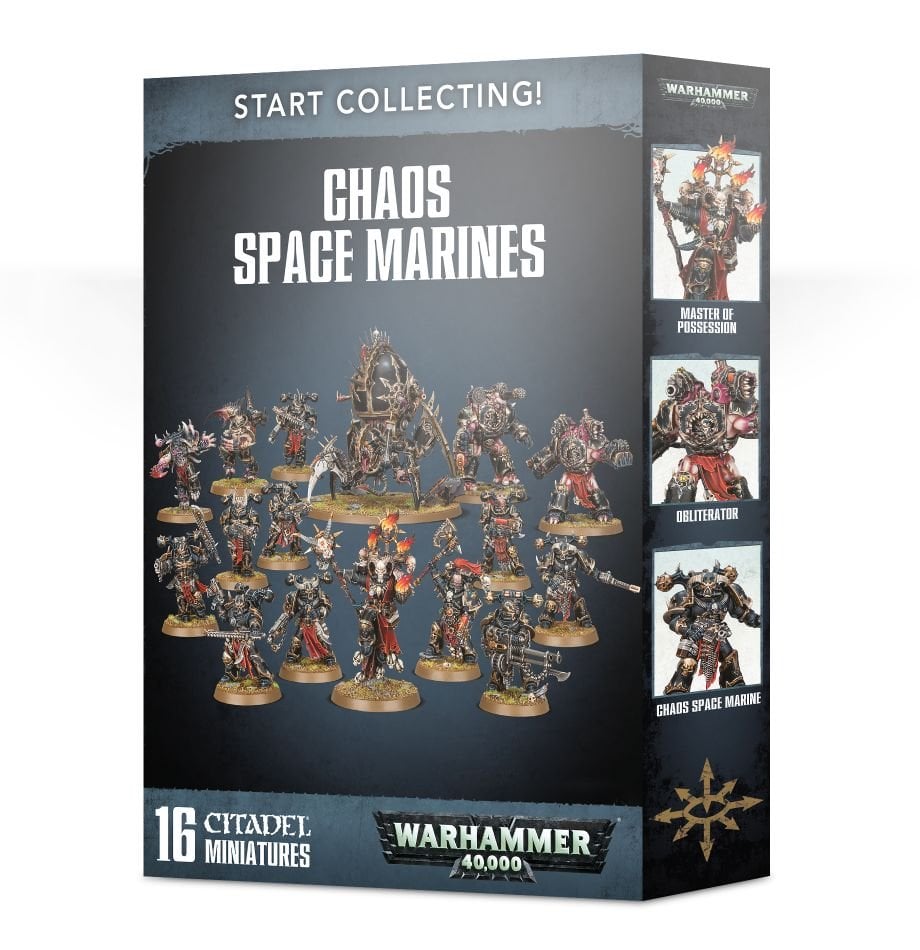 Master the fell warriors of the Daemonkin – warp-tainted Chaos Space Marines infused with daemonic power – and unleash their fury on the battlefield with this Start Collecting! set.

The rules for these models can be found in Codex: Chaos Space Marines. 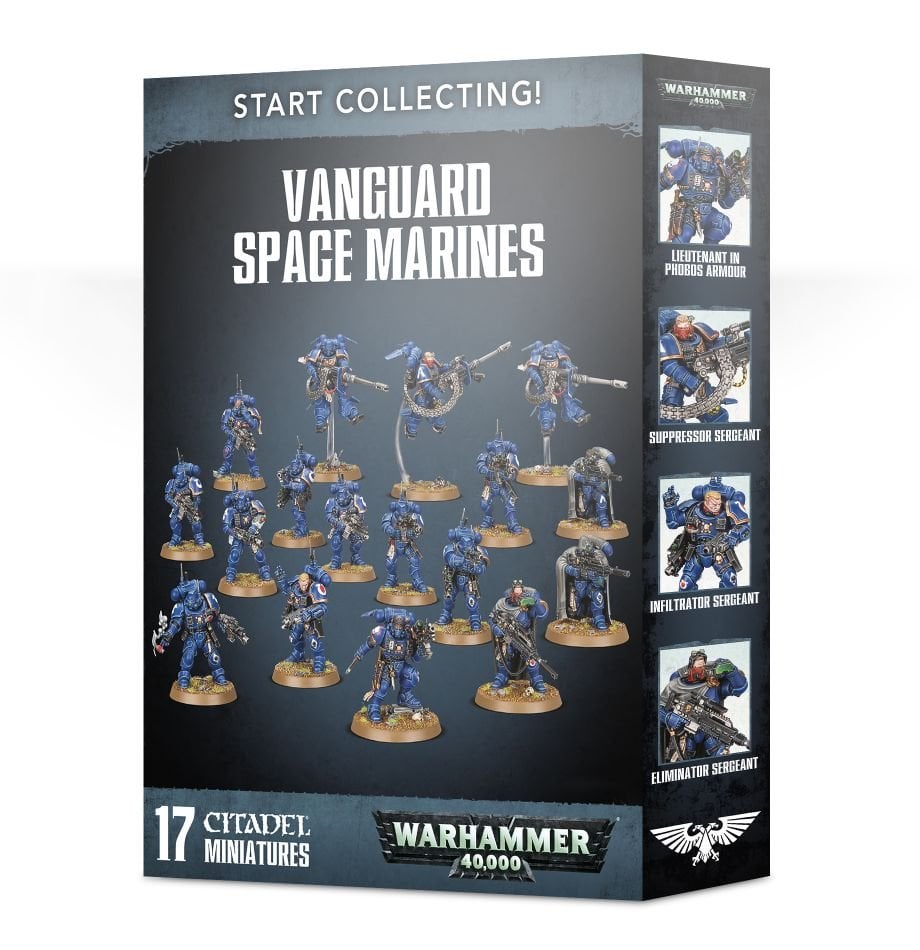 Lead the elite, clandestine warriors of the Primaris Space Marines Vanguard into battle with this Start Collecting! set.

The rules for these models can be found in Codex: Space Marines. 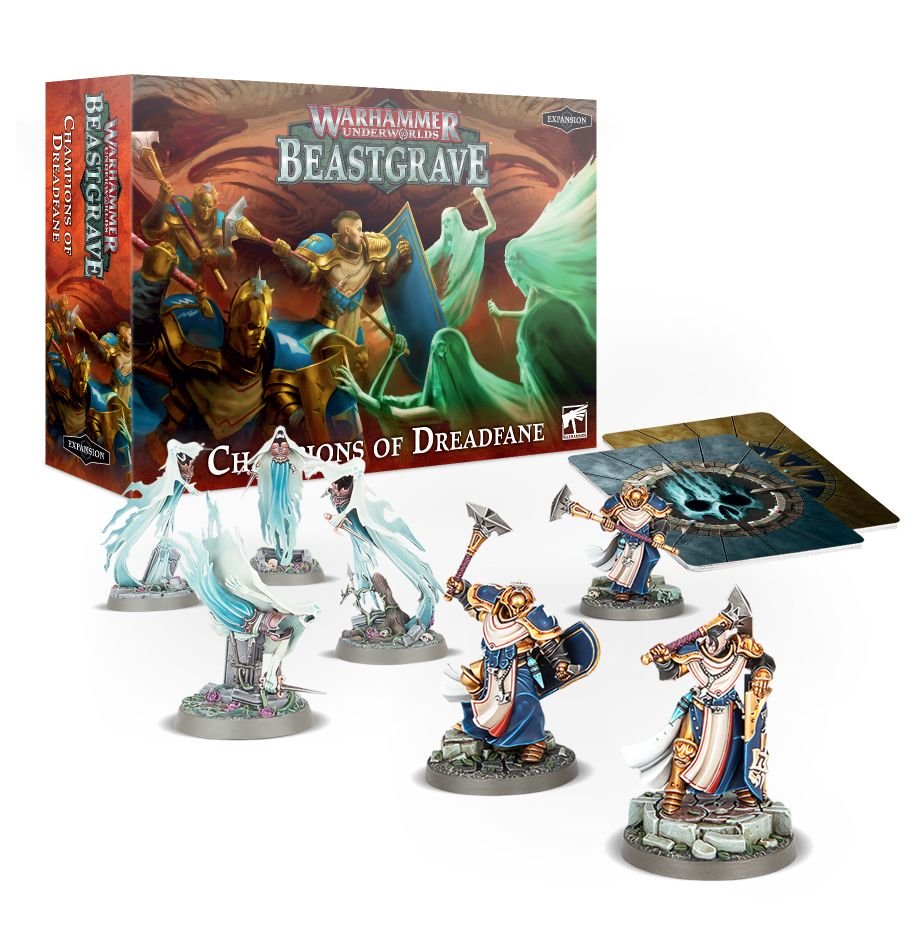 Lady Harrow’s Mournflight are a fast-moving, aggressive warband, capable of bypassing fighters and lethal terrain alike with ease and dealing devastating damage. If you’re looking for a fast, flexible and ferocious warband, this is the one for you!

Ironsoul’s Condemnors are durable, hard-hitting and highly elite, equally comfortable defending objectives and crushing enemies up-close. In Warhammer Underworlds, they’re a nigh-unstoppable wall of sigmarite – if you’re looking for a small warband that packs a punch, grab them for yourself. 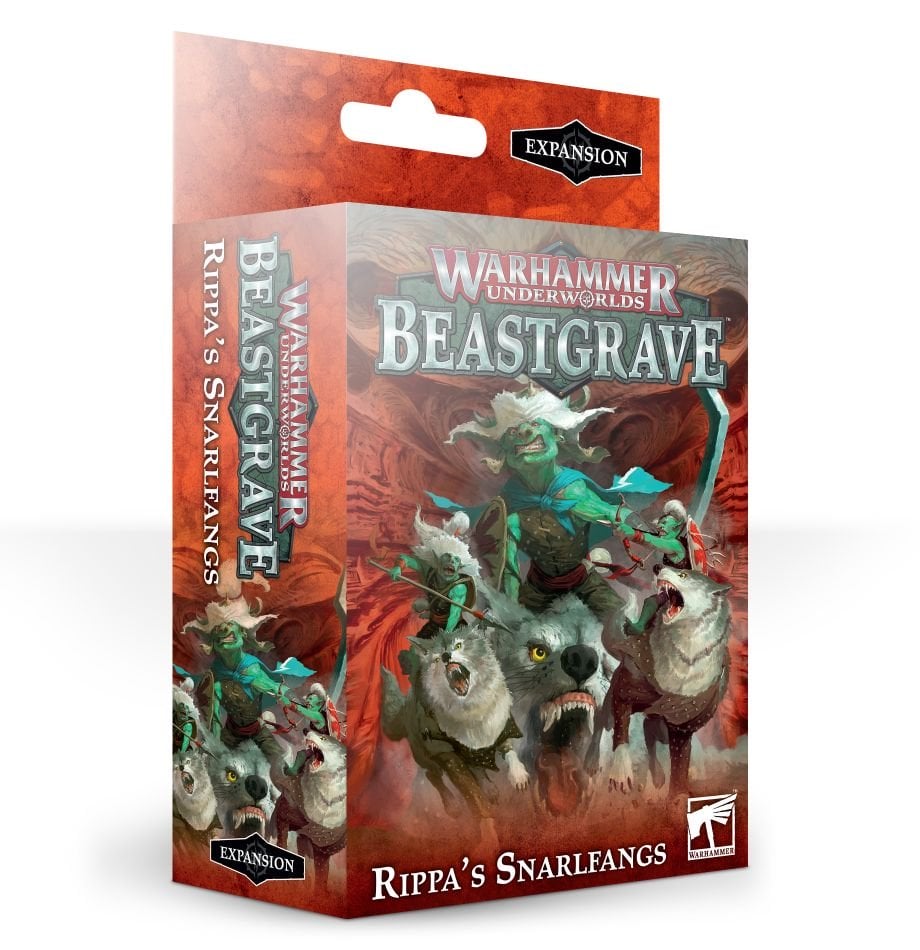 Rippa has led his grumbling and mutinous companions to Beastgrave in pursuit of the magnificently shiny choppa he sees every night in his dreams. With that blade in his hand, surely Rippa could ride back to his tribe and claim rulership over the headless corpses of all his old rivals.

This warband expansion set allows you to add Rippa’s Snarlfangs to your games of Warhammer Underworlds. A set of push fit models in coloured plastic allows you to get your warband built and ready for gaming in mere minutes, while fighter cards let you keep track of them in game. You’ll be able to harness the unique tactics of Rippa’s Snarlfangs with 32 warband specific cards, including objectives, upgrades and ploys. Meanwhile, 28 Universal cards give you new options for customising your deck, whichever warband you play. 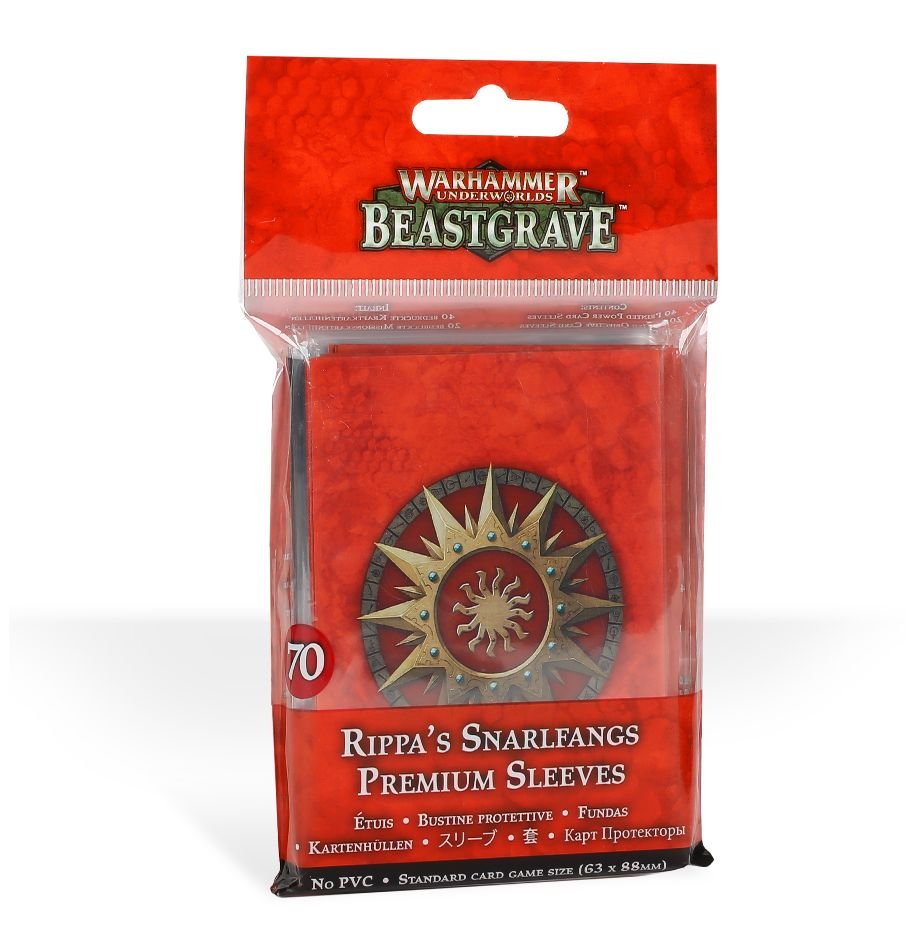 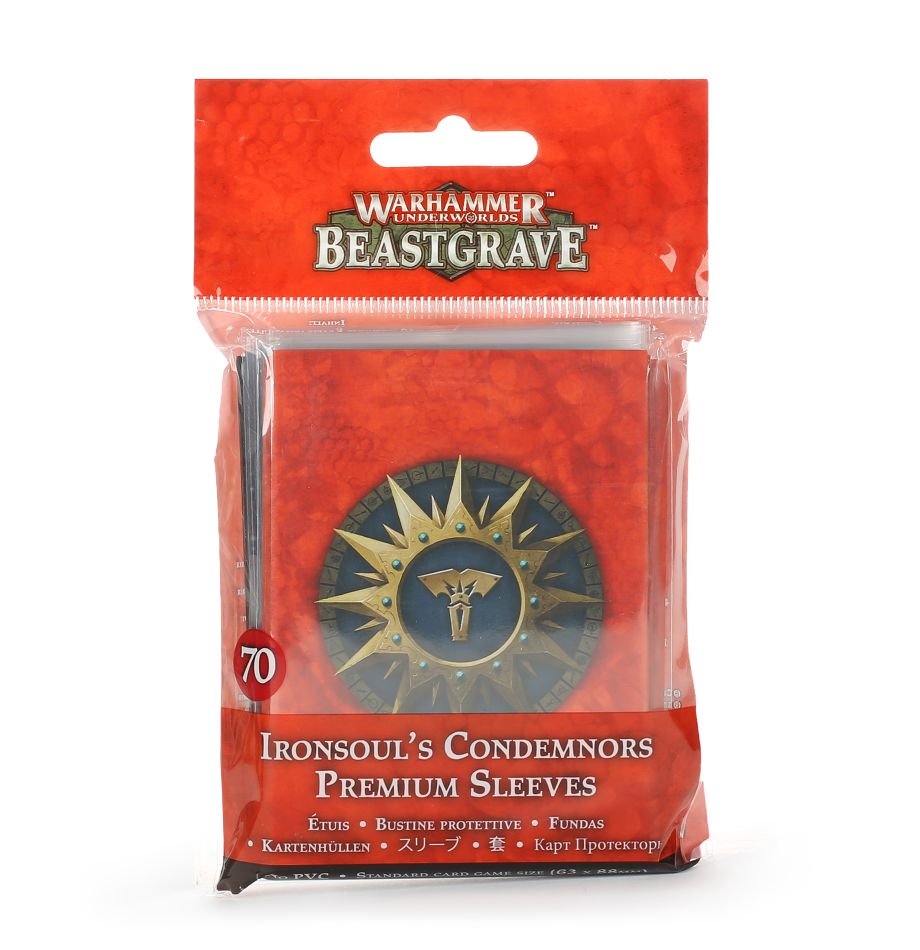 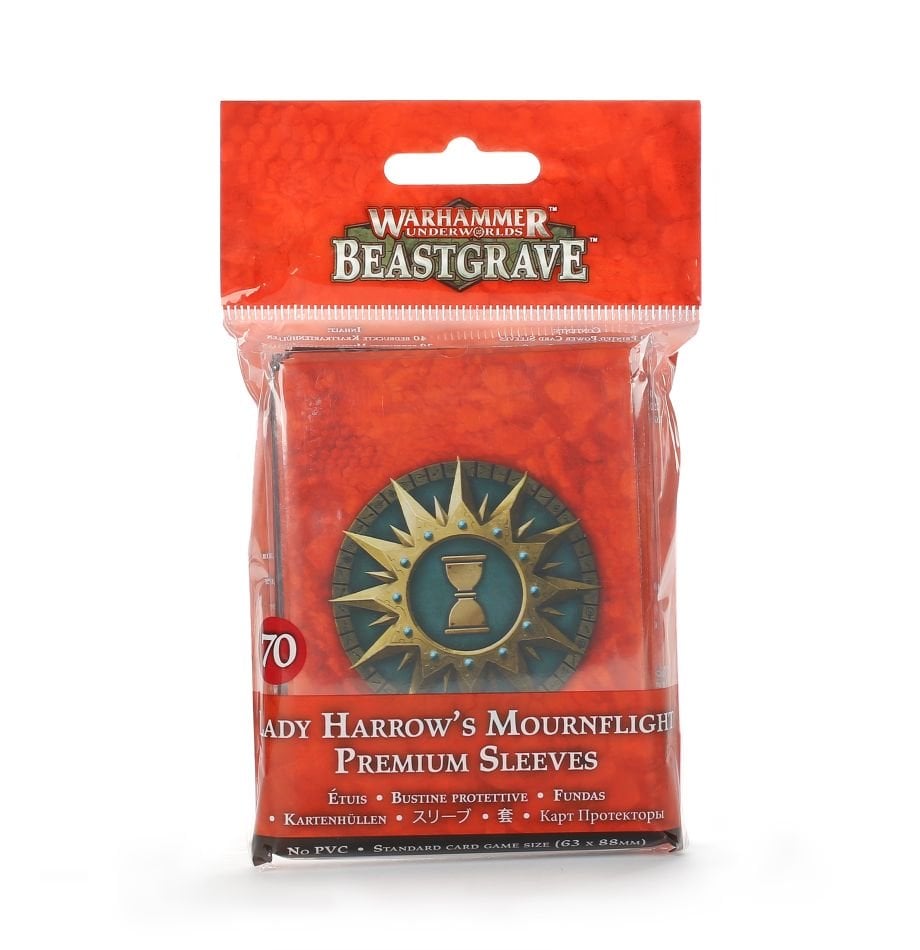 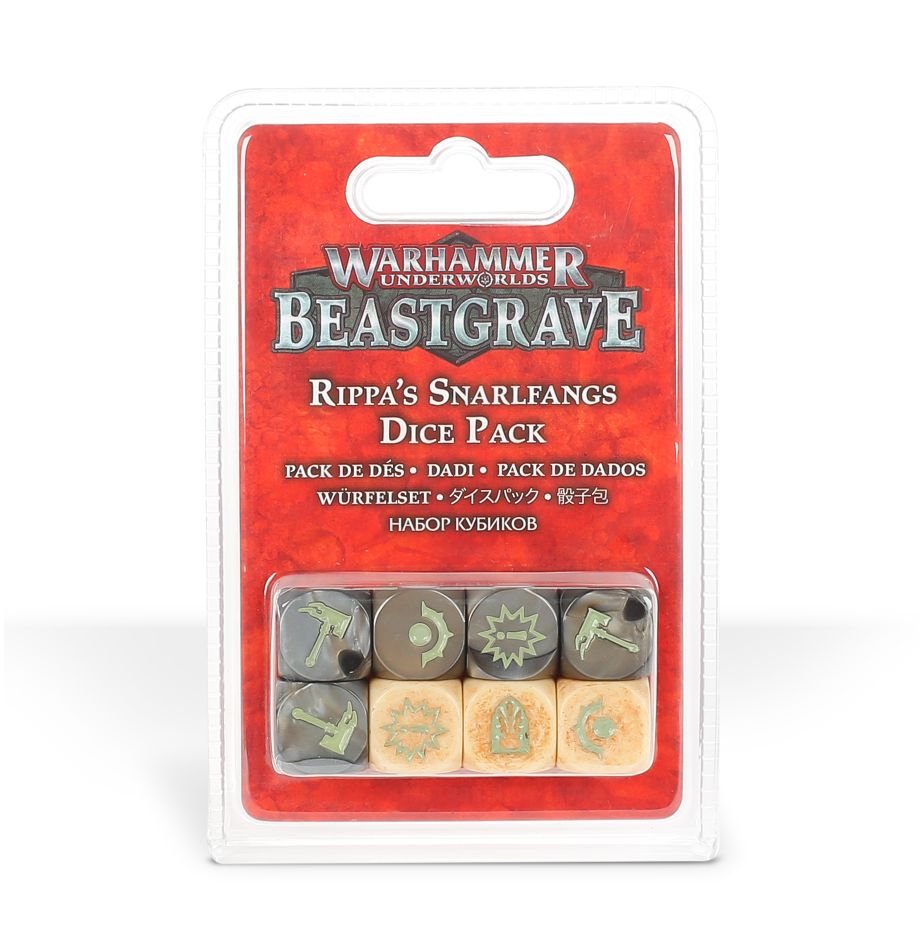 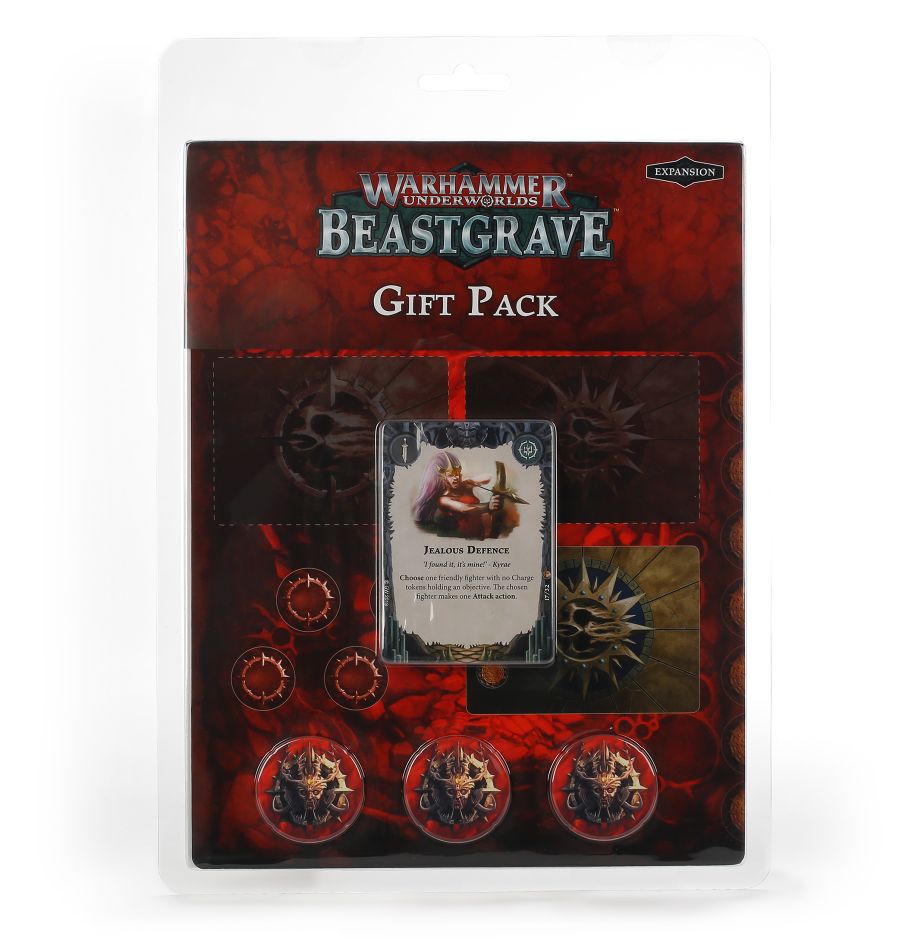 Enhance any deck with a vast host of universal cards, back in print for the first time since Warhammer Underworlds: Shadespire, with brand-new themed art and card borders and usable in any format. With 10 gambits, 10 upgrades and 12 objectives, you’ll be spoiled for choice when constructing your decks.

A printed card dashboard, meanwhile, makes tracking your games simple – just place each of your decks and discard piles in the slots to check your cards at a glance. Use the dashboard to track activations and rounds, and spend less time trying to remember whose turn it is and more time working out deadly strategies! The set includes 3 round tokens for use with the above.

Please note – you’ll need a copy of the Warhammer Underworlds: Beastgrave Core Set to use the contents of this pack.

Author: Adam Harrison
Writer, Editor, Texas Native, and Austinite for 15+ years, Adam covers all things Tabletop Gaming. Which includes Warhammer 40,000, Age of Sigmar, D&D, Board Games and everything else that involves dice, boards, cards and a table. A hobbyist, player, and collector of miniatures and games, Adam's current obsession are his Death Armies for Age of Sigmar, his Blood Angels and Tyranids for 40k, and his ever growing Arkham Horror: The Card Game Collection.
Advertisement
Age of Sigmar Games Workshop Miniatures Sisters of Battle - Adepta Sororitas Tabletop News Warhammer 40k Warhammer Underworlds
Advertisement 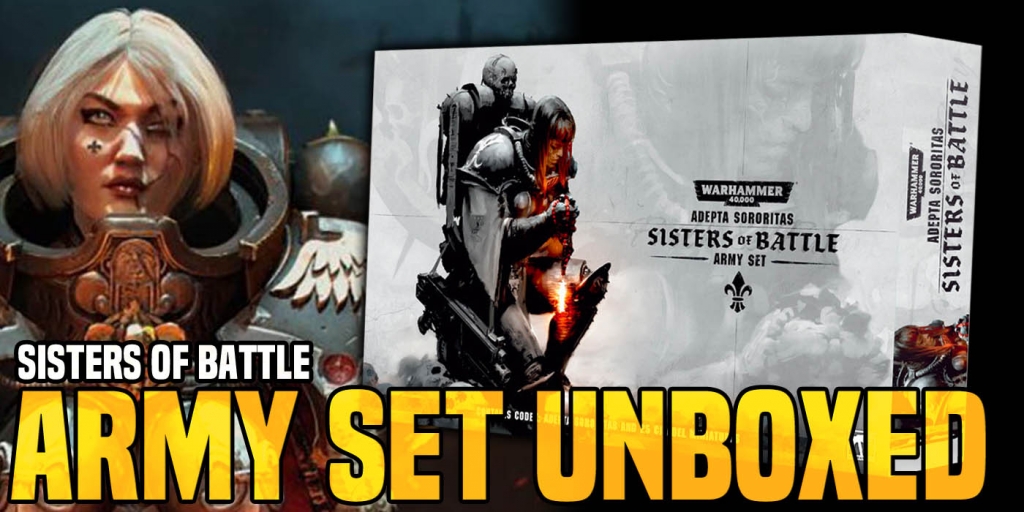