The cycle of trailers is done and we have a month till the big day – time for a new, high action clip with the trilogy’s favorite characters. Before we get to the clip there’s a story J.J. Abrams told on Good Morning America – someone tried to sell an original copy of the Rise of Skywalker script on eBay.

“One of our actors, I won’t say which one — I want to, but I won’t — left it under their bed and it was found by someone who was cleaning their place. It was then given to someone else who went to sell it on eBay.”

It was quickly found by a Disney employee – I’m sure they have armies of folks that watch for this kind of thing – and was removed before it was sold. Oops ¯\_(ツ)_/¯

After a chat with the show’s hosts, Abrams revealed a new clip that expands on the bazaar scene that’s shown in the trailers. It also includes troopers doing something novel (unless you’re a Madalorian). Take a look…

Cool. Not a lot of context there, but it’s super pretty and it feels like the franchise. The Star Wars movies feature ILM at its best, it better be pretty. I’ve said my piece on this a few times – I’m going to see this trilogy through in the theater. We all know where it’s going to excel, and where it can totally fall flat if not handled properly. Hopefully having Abrams in the director’s chair can reign it back in and give this story a decent ending (unless you hate him – in that case, I can’t help you).

Back in May, he talked about how he views this trilogy, its themes, and its overarching story…

It’s a good story idea. This one needs to stick the landing.

More importantly – who wants this baby in Legion? 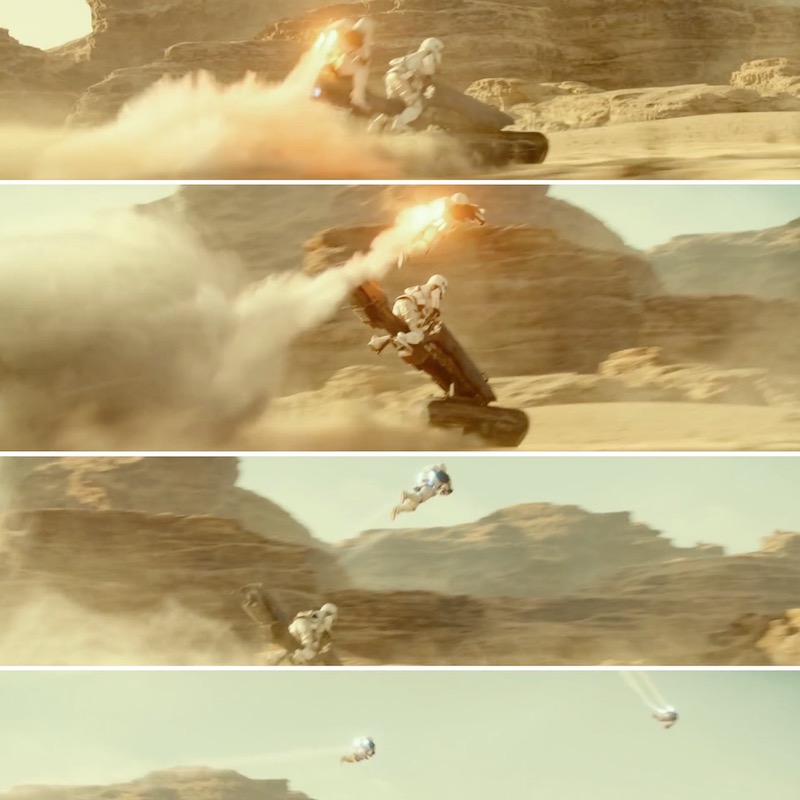