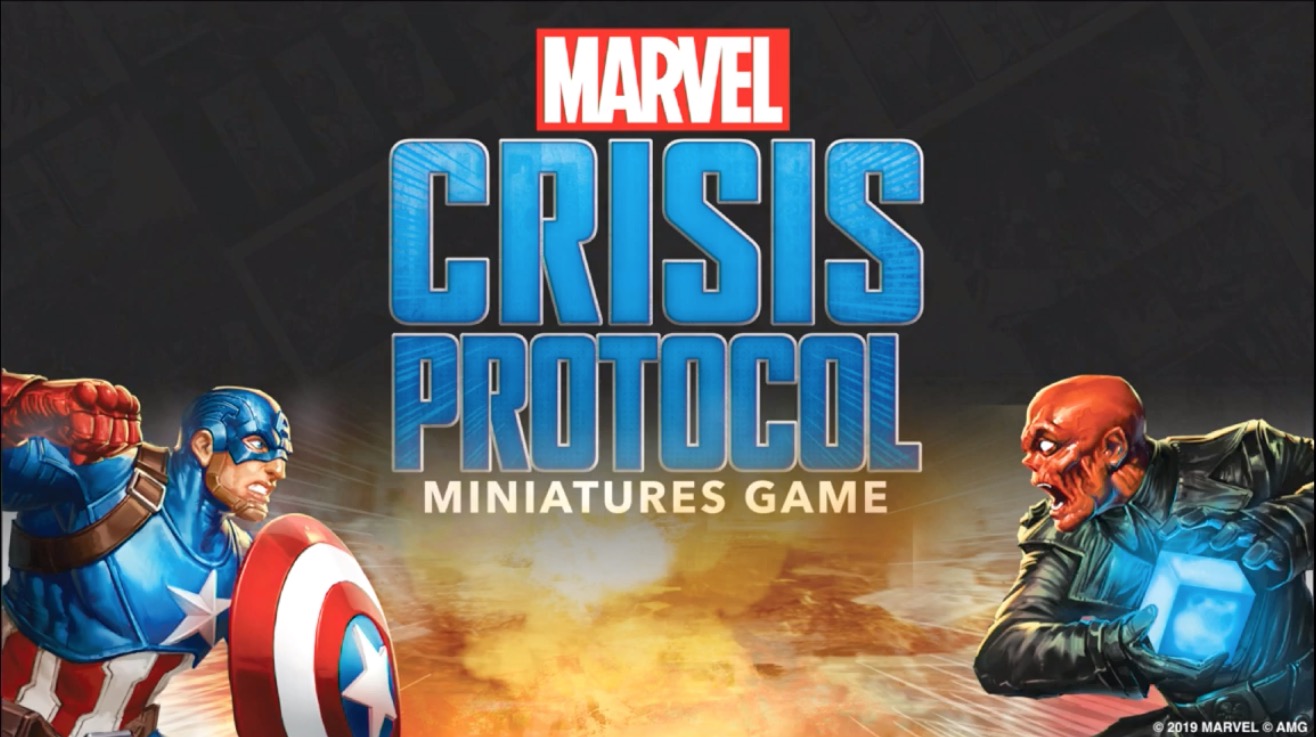 We got a look at Crisis Protocol at Gencon 2019 and it looks awesome. The brand new plastic miniatures along with a new miniatures game skirmish ruleset come together in this fantastic core set. We take a look inside the box as well as a quick look at Hulk and M.O.D.O.K. expansions!

Brings The Comics To Your Tabletop

Have you ever wanted to have your own custom painted plastic miniatures of your favorite Marvel Heroes? How about some dastardly villains? What if you could take all those things and also play an action packed miniatures skirmish game with them? Well, now you can thanks to Crisis Protocol! 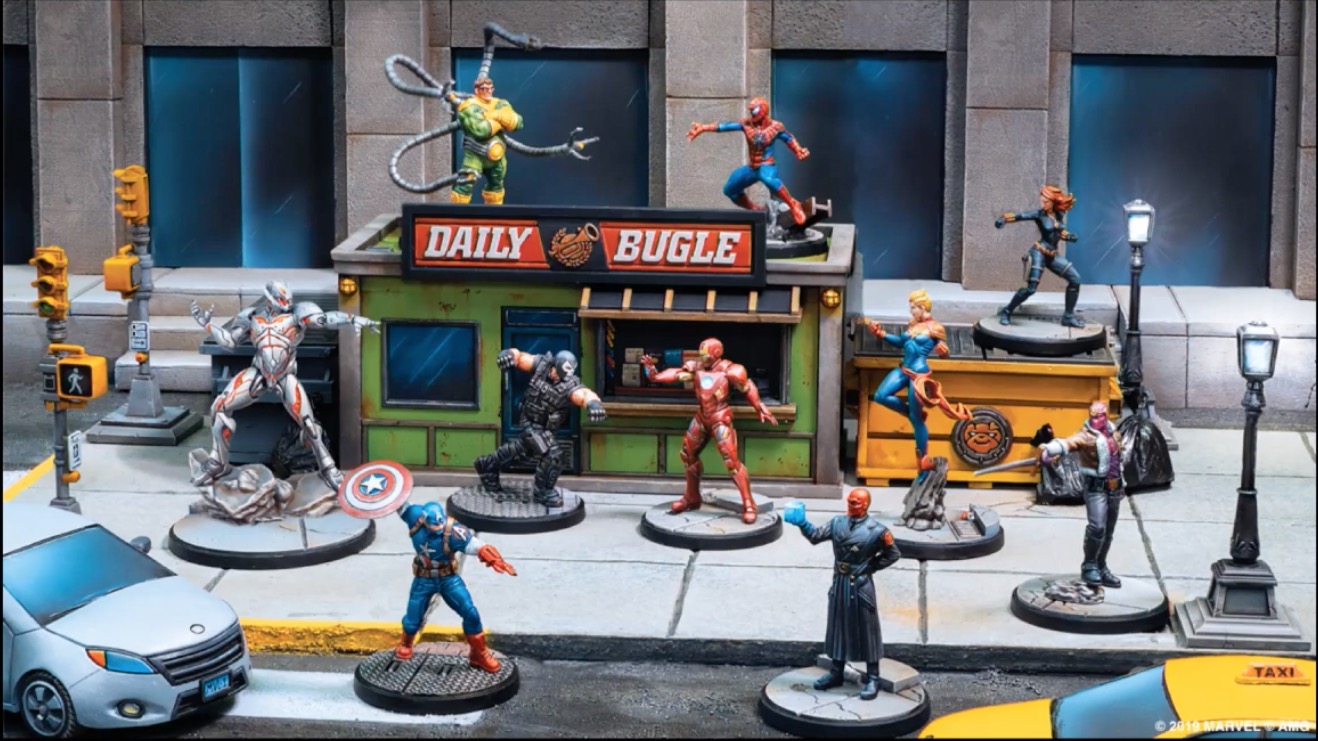 Not only does this set come with 10 iconic Marvel characters, it also comes with everything you need to get started playing the game – including some great terrain pieces. Want the Hulk to toss a car at Ultron? Well, you can do that in Crisis Protocol! 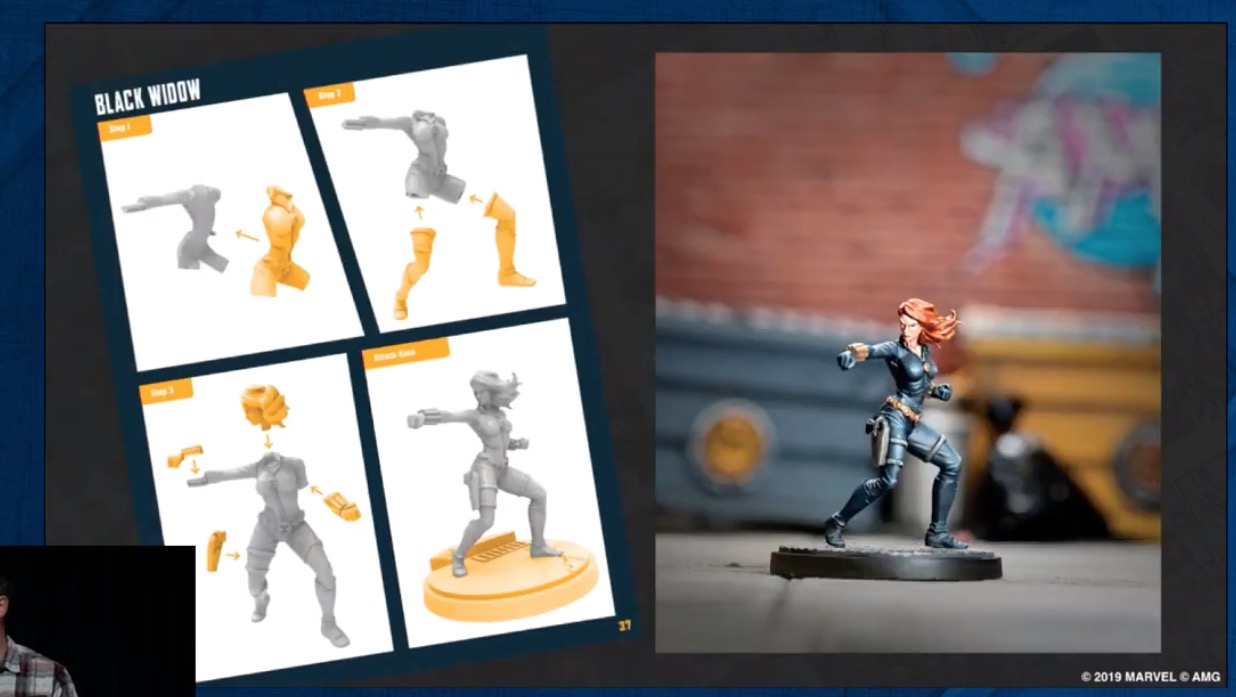 The miniatures are multi-part plastics and go together really simply with easy to follow instructions. You’ll be playing with these models in no time! I have actually gone back and assembled a few of these models. My biggest take-aways from that process are you need a good pair of hobby snips, a sharp hobby knife and plastic glue. These models do have a ton of details and some of the bits are relatively small and that’s why it helps to have a sharp hobby knife – so you don’t scrape or cutoff those details.

While these models do come unpainted and have lots of details, you shouldn’t be intimidated to paint these up. With some very basic painting techniques you can get some amazing results. For example, the idea of painting Spider-Man’s web pattern might give non-hobbyists some pause. But don’t sweat it! The pattern is actually inset in his sculpt. With a simple black-wash you can paint all those fine details in no time. 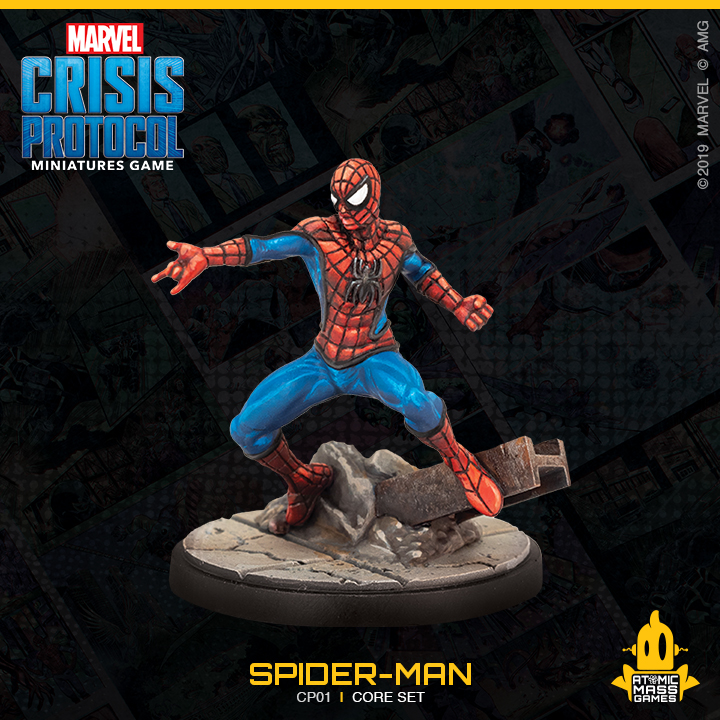 A simple block-painting scheme and a wash will get you some great results! For the more adventurous painters out there many of these models will have some things to challenge your more technical skills. If you want to practice blending, highlighting, or using glazes you can do that on these models. They really are great for painters of all skill levels.

Aside from the miniatures, we were also impressed with everything else that goes along with the game in the box. Crisis Protocol has its own unique set of measuring tools for both movement and attack distances. These come in the same plastic instead of cardboard so you know they are going to last for all your games. I also wanted to call out the little details like the packaging and over-all style: It’s based around comics. Maybe that’s not a big deal to most folks, but if you’re a fan of the comics, you’ll appreciate the nods to the paperback format all over the place. 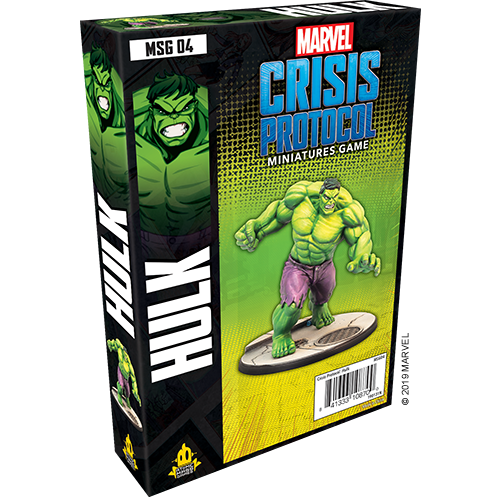 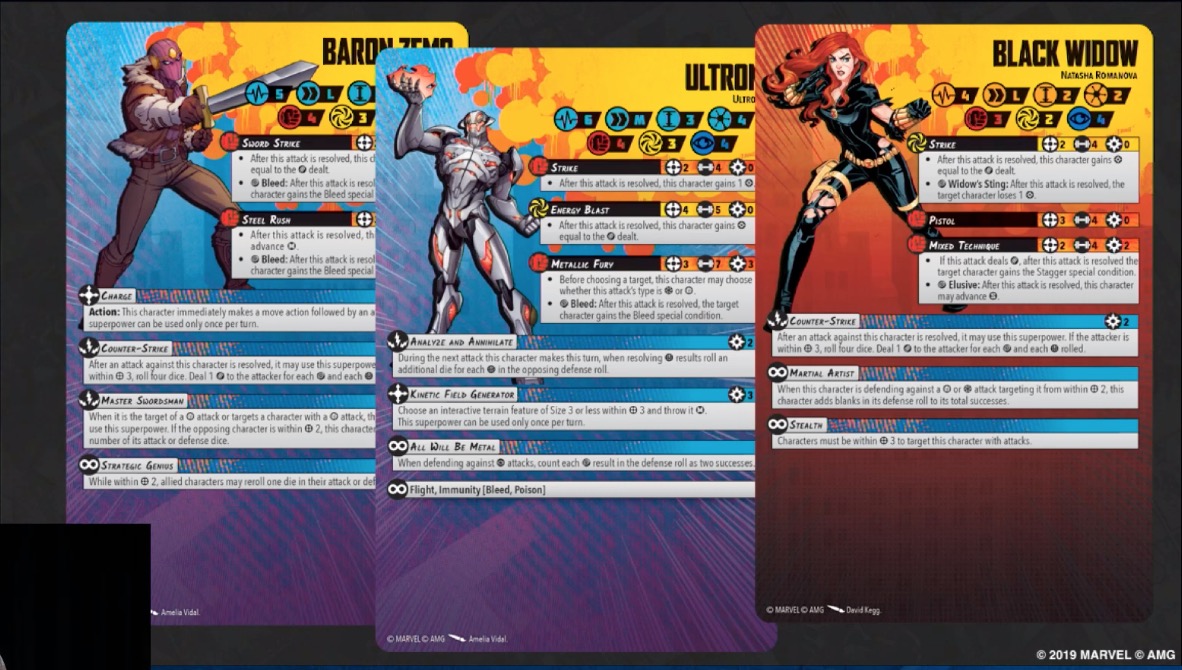 You can see from the image above that Baron Zemo and Ultron are on their undamaged side while Black Widow is on her damaged side. Note the torn clothes as well. It’s the attention to details that I really appreciate about this game’s art and design. And the game play is pretty fun – there are indeed rules for throwing folks through objects (like cars) and such. But that’s another article! 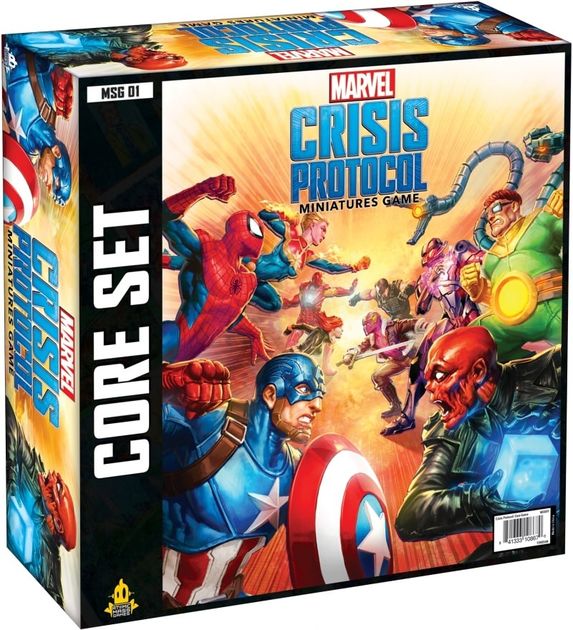 Welcome true believer to Marvel: Crisis Protocol, a tabletop hobby miniatures game of climactic combat! Assemble your team from across the Marvel Universe and lead your superpowered forces against your friends in battles of cataclysmic proportions.

Unleash the power of the Cosmic Cube with Red Skull and rend the very fabric of reality around your foes. Lead from the front and leap into the line of fire with Captain America. Harness the might of a binary star with Captain Marvel and send cars, trucks, and even buildings careening into your enemies.

As powerful as each character is, none of them can win the day alone. It’s up to you to lead them: each game of Marvel: Crisis Protocol will require bold tactics and cunning strategy to achieve ultimate victory… At least until the next crisis strikes!

There are more expansions on the way…What Iconic Marvel Heroes or Villains (or Mutants!!!) would you love to see?

Author: Adam Harrison
Writer, Editor, Texas Native, and Austinite for 15+ years, Adam covers all things Tabletop Gaming. Which includes Warhammer 40,000, Age of Sigmar, D&D, Board Games and everything else that involves dice, boards, cards and a table. A hobbyist, player, and collector of miniatures and games, Adam's current obsession are his Death Armies for Age of Sigmar, his Blood Angels and Tyranids for 40k, and his ever growing Arkham Horror: The Card Game Collection.
Advertisement
Comics MARVEL Crisis Protocol Tabletop News Unboxing Videos
Advertisement 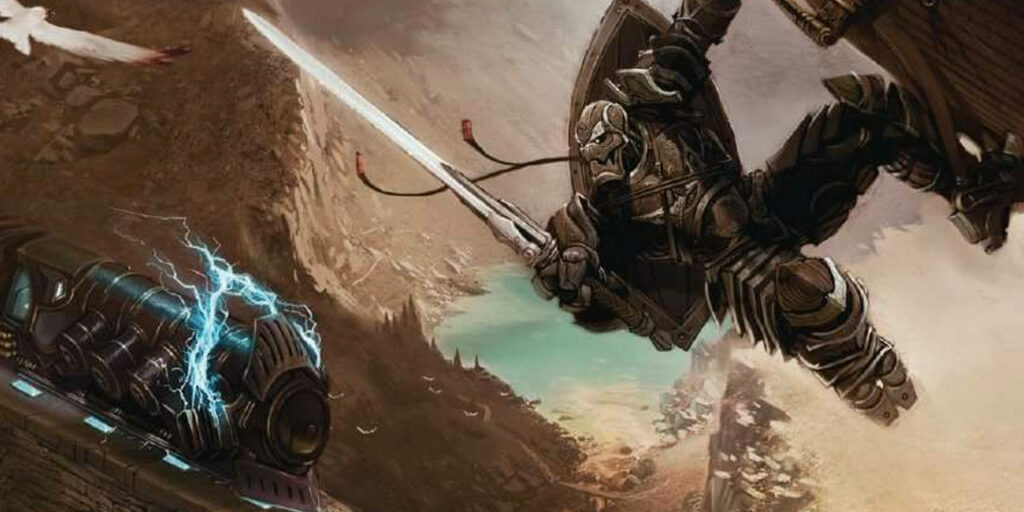